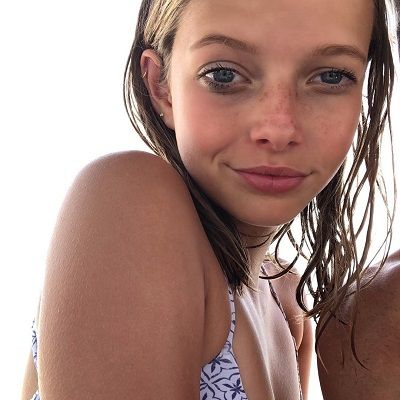 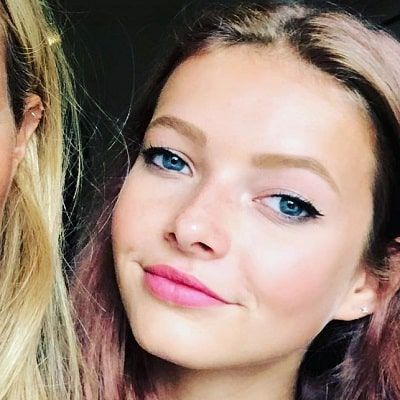 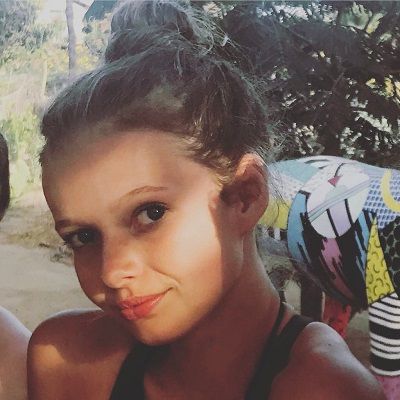 Apple Martin is a British celebrity daughter of Chris Martin and Gwyneth Paltrow. Apple Martin is also a talented person with her skills in the fields of both acting as well as music. It seems like she inherited the gifts of both her parents!

Apple Martin was born on 14 May 2004 and she soon turns 18 years old. Her zodiac sign is Taurus and she is originally from London, Britain. Her parents are superstar singer Chris Martin and Hollywood actress Gwyneth Paltrow.

Likewise, her father is a singer/musician and also the founder of the British rock band Coldplay. Similarly, her mother is an Academy and Golden Globe award-winning actress and writer.

She has a younger brother namely Moses Bruce Anthony Martin and he was born on 8 April 2006. Sadly, her parents divorced in the year 2015.

Caption: Apple Martin with her parents during her childhood. Source: Pinterest and Hollywood Life

In anticipation of her birth, her father, Chris Martin released a song titled I am your baby’s daddy under the name “The Nappies”.

After her birth, Chris came up with the song, Speed of Song, sharing his experience and awe at becoming a father.

Immediately after her birth, she came into the limelight for the unique name that made her a top searched celebrity kid in Hollywood.

Moreover, looking at the latest snaps and pictures of the budding teenager on the social networking site, one can safely claim that we have a junior Gwyneth Paltrow in the making,

for she possesses the same enchanting smile and charismatic persona as her actress mother.

After her parents divorced, she grew up mostly with her mother but the family of four spend quality time with each other and are often seen holidaying together.

Apple is currently single and she is still very young to be in any romantic relationship. Talking about her parents’ relationship details, the Coldplay singer Chris Martin married Gwyneth Paltrow on 5 December 2003.

The then-lovers were together until their finalized divorce on 14 July 2016. They married after a year of dating and were together for 10 years. This former couple has 2 children together and they are Apple Blythe Alison and Moses Bruce Anthony.

At present, Chris is in a romantic relationship with actress Dakota Johnson. They have been together reportedly since October 2017 and the lovers were even quarantined together during the global pandemic of COVID-19.

Similarly, Gwyneth is married to Brad Falchuk since September 2018. Gwyneth and Chris are still on good terms and they are also seen vacationing with their children and present lovers together at times.

Gwyneth also called Dakota Johnson an absolute gem, indicating that she has a good relationship with Dakota as well.

Caption: Apple Martin with her family during her teens. Source: Instagram and TellyUpdates

It looks like the celebrity kid doesn’t have any social media accounts. However, she occasionally appears on her mother’s Instagram handle @gwynethpaltrow.

Moving on, Apple Martin has an estimated net worth of $1 million to 5 million dollars. Her father’s net worth is around $120 million to online sources.

He earns through producing music. There also might be other sources of income for this young record producer and songwriter.

Likewise, her mother’s net worth is around $100 million. Over the past decade, Gwyneth Paltrow’s wealth is on a speedy upward trend and her business, Goop, is worth even more.

Apple Martin is a celebrity kid and hence she rose to fame soon after her birth. Her father also wrote a song exclusively for her or about her when she wasn’t even born.

He also made another song after her birth to share his experience as a father for the first time. Hence, these songs dedicated to little Martin also helped her come under the limelight at a young age.

When Gwyneth was pregnant with her first child, even before birth, the child had already become a celebrity superstar. And why not, for ‘it’ was supposed to continue the legacy of her super successful parents forward.

Thus, when Apple Blyth Alison Martin was born, she instantly grabbed all the attention and limelight. She became the “apple” of the eye of the media.

Today, Martin is a global star in the making. An accomplished dancer, it is claimed that she has endowed the acting skills of her mother. What’s more, she has imbibed music skills from her dad as well.

Moreover, she is a regular at school choir performance thanks to her impressive guitar skills and vocal abilities.

In 2016, Martin sang an Ariana Grande song for charity and has been seen performing with her dad at school events.

She is making some well-thought moves to follow in the footsteps of her famous parents.

Gwyneth, though fiercely protective of her daughter’s privacy, often posts Instagram pictures and videos of her having fun on holidays or showcasing her talent at events, captioning her as “mini-me”.

She is still a teenager right now and these stats shall keep changing for some time along with her age maturity. Likewise, she has beautiful blue eyes and blonde hair color.