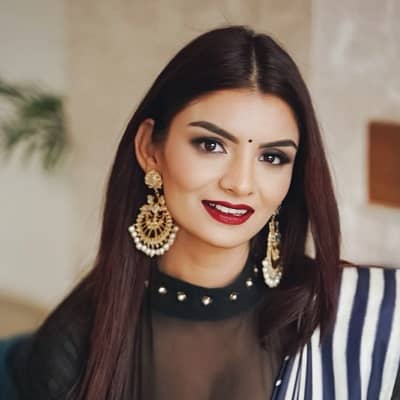 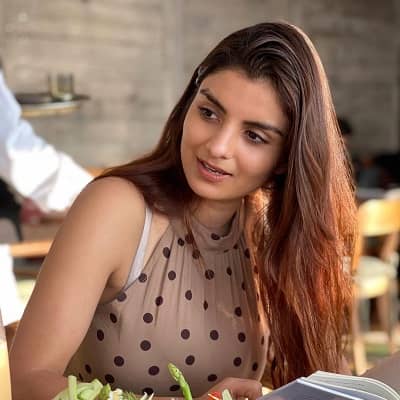 Anveshi Jain is an Indian actress, model, host, and emcee. Anveshi Jain has hosted various corporate events, camous events, religious programs, charity programs, private parties, marriages, etc. Also, he is more popular among the youngster because of her beautiful and hot scenes and images all over social media platforms.

The beautiful actress was born on 25th June 1991, near Khajuraho, Bundelkhand, Madhya Pradesh, India. It was Tuesday. Anveshi holds an Indian nationality and belongs to Asian ethnicity. Similarly, her zodiac sign is Cancer and her age is 29 years. Anveshi is very close to her mother and she believes that her mother is her best friend. Furthermore, she also has a brother whose name is Pranjal Jain. The actress follows Jainism as her religion. She even has a nickname and that is Anu.

Regarding the actress’s educational background, she completed her Bachelor in Electrical and Electronic Engineering from the Rajiv Gandhi Proudyogiki Vishwavidyalaya, Bhopal Madhya Pradesh. 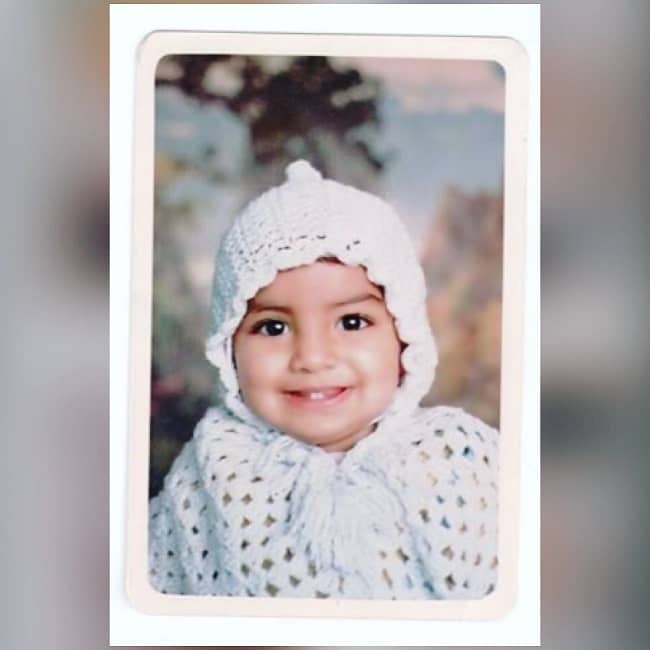 Caption: Anveshi Jain when she was small (Source: Instagram)

The multi-talented actress began her career as an electrical engineer. Later, she left the profession and became a businesswoman in Indore. After that, she went to Mumbai to pursue her on-screen career. She is an independent live celebrity show host and corporate emcee. Interestingly, she has hosted more than 1000 shows to the day. Some of the big events that she hosted are ‘Make in India’, ‘IFA Berlin’, etc. Besides her hosting career, she is also a model, actress, motivational speaker, dating coach, and electrical engineer.

The host also loves singing and has performed at numerous events. Anveshi Jain got more recognization after she appeared in 2018 in the Hindi web series ‘Gandi Baat 2’. The series was more attractive to the adults or youngsters because it was all about relationships, sex education, and dating. From this web series, she got popular overnight.  Being so multitalented already, she would also not let go of the opportunity to do modeling. She has also done various modeling assignments and promotional presence.

Recently she is present in ALTBalaji and ZEE5’s web series “Whos Your Daddy”. Her acting skills and presentation got her to achieve a stable profession in the ALT Balaji’s production BOSS: Baap of Special Services. In addition, Anveshi was present to be one of the participators and competitors in Big Boss 13. Due to her mix-up, she had been replaced by Abu Malik. Anveshi is still young and has a long way to go through. So, it is for sure that she will be able to make her wishes come true one day.

Apart from her career, she loves traveling, reading books, singing, and also horse riding. In the desert, she loves eating doughnuts. Her favorite actor and actresses to watch are Nawazuddin Siddiqui, Shah Rukh Khan, and Preity Zinta. Also, the destination she loves to visit is the Eiffel Tower of Paris. The actress loves collecting wristwatches and statement jewelry like every other girl does. Anveshi is a horse lover as well. Additionally, she wants to be on the list of Forbes Magazine as one of India’s most powerful women. Her favorite brand is Gucci and her favorite color is red. 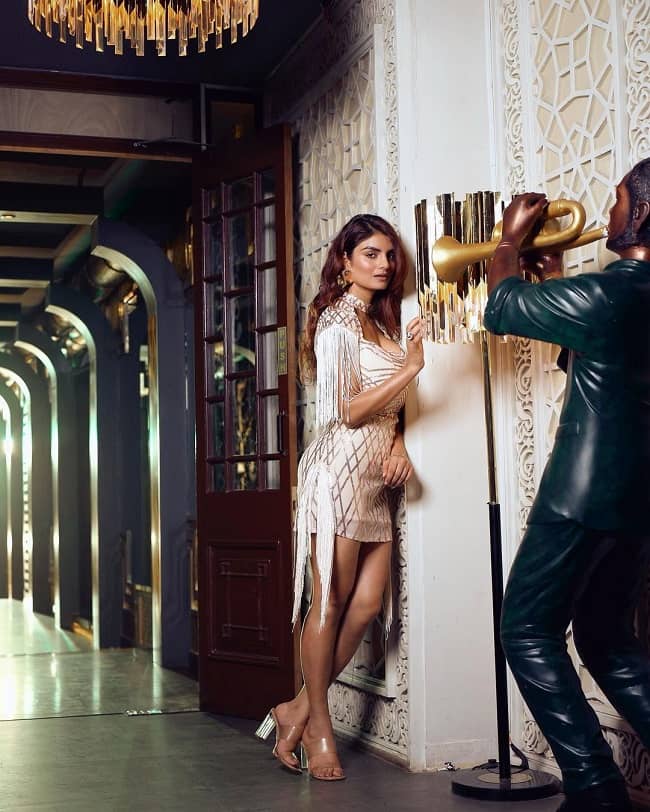 The multitalented artist obviously earns an excellent amount of money. She has gone through so many working fields till the day. She has an estimated net worth of around $400 K million dollars. It is a very huge amount and it is a good thing and an inspiration to every woman to get independent. The actress’s primary source of income is from her profession as an actress, model, and host. She previously also earned some amount as an electrical engineer and as a businesswoman as well. Other than this, there is no detailed information about the assets she owns and her salary. It is also for sure if she keeps on going like this, her net worth will increase gradually.

When it comes to the relationship part, everyone would think that she obviously has a boyfriend and is dating a very rich man. But it is false, she is an independent woman. She has come to this position after all her hard works only. Therefore, Anveshi Jain is single and is not dating anyone as of now. She could be waiting for a perfect man for her. But it is for sure that his sexuality is straight. Most of her fans and followers are men. However, she is more like a free and independent woman. So, it could be hard for her to accept any man. Apart from this, she has not ever been in any controversies and scandals to this day. She has been enjoying her life and singlehood fully.

Talking about the actress’s body measurement, she has an average height with a suitable weight. She stands at the height of 5 feet 6 inches or 168 cm and has a bodyweight of 60 kg or 132 lbs. Similarly, her body measurements are 36-30-32 inches and her bra cup size is 34 B. The actress has brown hair with brown eyes. Also, Jain sometimes drinks alcohol as per the occasions. The special feature in her body includes her tattoo on her back. Furthermore, she has a very curvy body with a very beautiful face. The actress wears a dress size of 6 (US) and a shoe size of 8 (US). She is very concerned about her health, beauty. We can also say that she is a fitness freak. She often goes to the gym and does exercises regularly. Unlike other fitness freaks, she loves eating dessert very much.