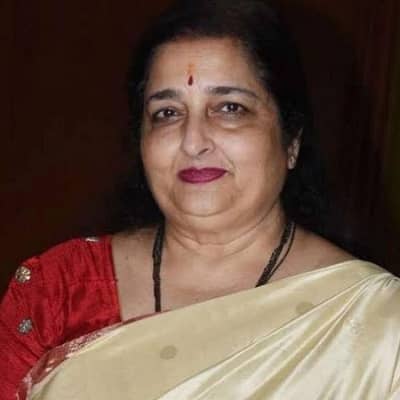 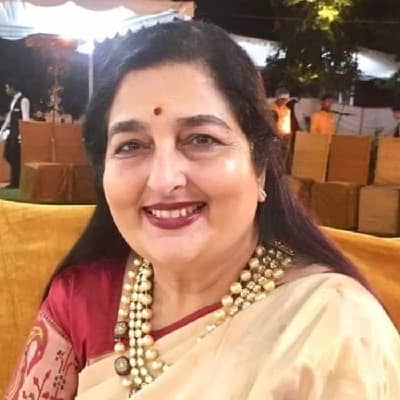 Anuradha Paudwal is a 68 years old famous name in the Bollywood music industry. Likewise, Anuradha was born on 27th October 1952 in Karwar, Karnataka, India. The zodiac sign of Anuradha is Scorpio. From a religious point of view, Anuradha is a Hindu. Similarly, Anuradha’s parents raised her in Mumbai. However, there is not much information available about their parents and siblings of Anuradha. We will update you on Anuradha’s family shortly after the information is revealed.

Further moving into the educational background of Anuradha, she is a college graduate. Anuradha completed her school-level studies at a local high school. Similarly, Anuradha finished her college graduation from St. Xavier’s College, Mumbai, India.

Anuradha Paudwal is a famous name in the Bollywood music industry. Likewise, People recognize Anuradha Paudwal as the T series Queen. Anuradha started her music journey as a playback singer in Bollywood. Furthermore, Anuradha debuted in Bollywood in 1973 with the song “Shloka” in the film Abhiman. Similarly, Anuradha’s debut song for the Marathi film is “Yashodha”. Anuradha’s husband was a music composer so Anuradha got a chance to work with other greater contributors in Bollywood music. Furthermore, Anuradha has a good relation with Mogul Gulshan Kumar of the T series. 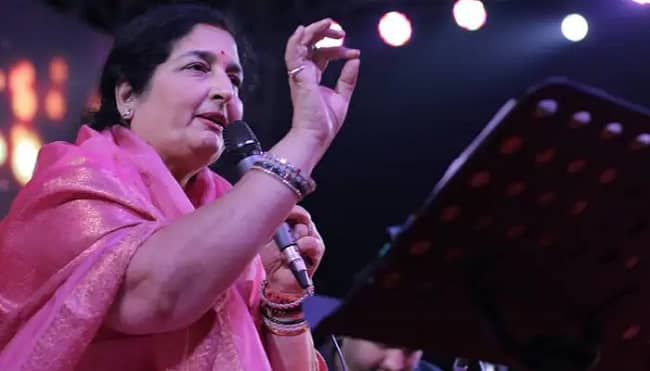 Along with Gulshan Kumaru, Anuradha Paudwal has helped to provide exposure and opportunities to several underrated singers back then, including Udit Narayan, Kumar San, Sona Nigam, Abhijit, and others. Furthermore, after the death of her husband, Arun, Anuradha’s son Aditya became one of the youngest music composers.

Moreover, Anuradha has recorded thousands of Vajans in collaboration with the T series. Apart from that, Anuradha has delivered major hit songs in Bollywood such as Aashiqui, Dil Hai Ke Manta Nahin, Sadak, and many more. 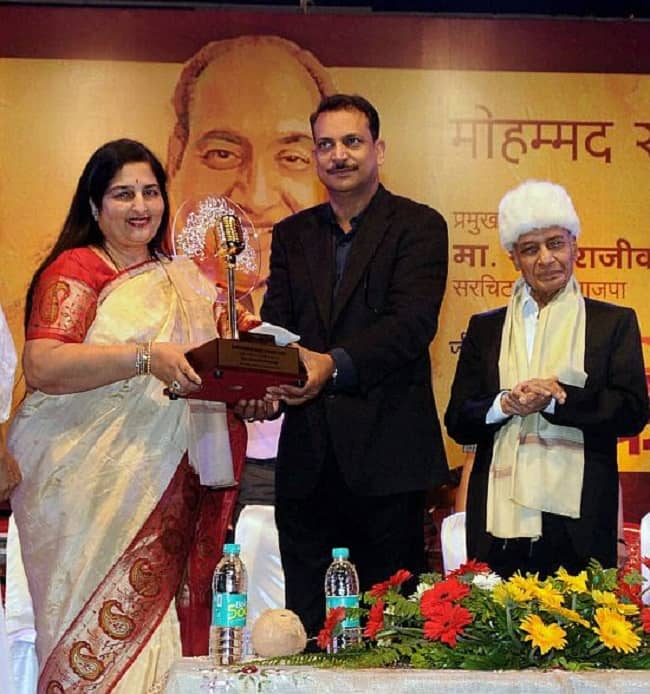 Anuradha has won various prestigious awards in honor of her major contribution to the growth of the Bollywood industry. Some of the major awards won by Anuradha are 2017: Padma Shri- India’s fourth civilian honor, 2016: D litt Award, 2010: Lata Mangeshkar Award, and 2011: Mother Teresa Award for Lifetime Achievement

Furthermore, Anuradha has won the 2015: Suvarnaratna Awards-2015, 2004 Mahakaal award from Madhya Pradesh govt, the citizen award, which she received at the hand of late Shri Rajiv Gandhi in 1989, the national award of 1990 by the then president Shri Venkat Raman, and many more. 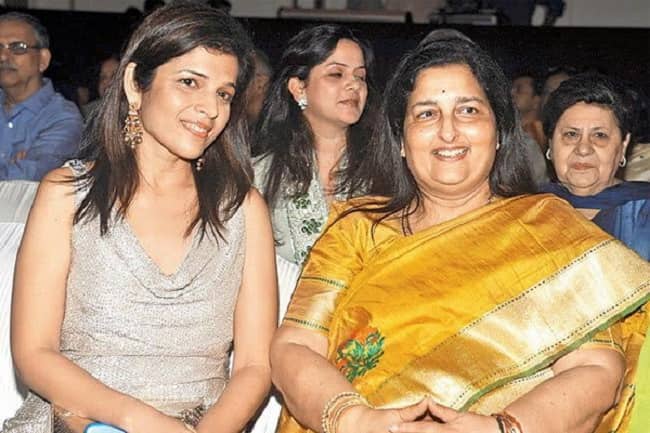 Talking about the relationship status of Anuradha, she is a widow. Similarly, she married Arun Paudwal in 1988 when she was just 17. Late Mr. Arun was a famous music composer and director. Anuradha gave birth to three children but one of her daughters died just 1 month old. Moreover, Anuradha has a son and a daughter.  Anuradha’s son is Aditya Paudwal and her daughter is Kavita Paudwal.

Moving into the body measurements of Anuradha, she has a pretty healthy body despite her older age. In fact, Anuradha stands tall at the height of 5 feet and 5 inches. Likewise, Anuradha has a bodyweight of around 75 kg or 177lbs. Similarly, Anuradha uses shoes of size 8. Moreover, the Indian singer has a charming face with black eyes and dark brown hair.

Talking about the social media availability of Anuradha, she is pretty much active on social media. Anuradha has her personal account on different social media such as Facebook, Instagram, as well as Twitter. The famous Induan singer has a huge fan following on her social media accounts. Anuradha has garnered 167 k followers on her Facebook account.

Similarly, Anuradha has 3k followers and 300 followers on Instagram and Twitter respectively. Moreover, Anuradha has earned a huge sum of money from her music career. However, there is no information revealed on the net worth of Anuradha at the moment. She has not done any brand endorsements as of now.