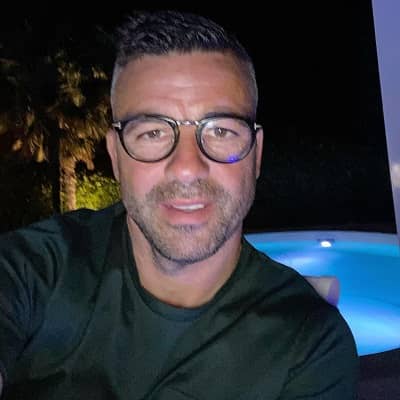 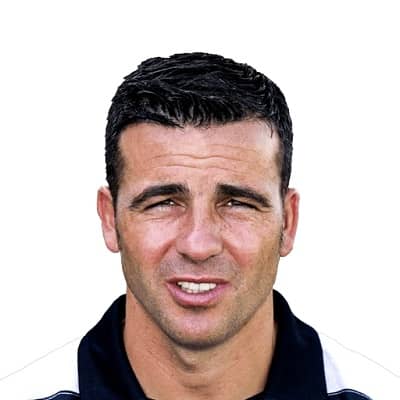 Antonio Di Natale was born on the 13th of October 1977, in Naples, Italy. As of 2022, he is 45 years old and holds Italian nationality. He has a birth sign of Libra and believes in Christianity.

Moreover, he is the son of Salvatore Natale (father) and Giovanna Natale (mother). He grew up with his two brothers; Paolo and Camine, and two sisters; Michela and Anna.

Coming toward his academic career, Di Natale has not shared information regarding his educational qualification. He might have completed his primary level education at a local school nearby his hometown and might have dropped out of college to pursue a career in football.

To pursue a career in football, Antonio Di Natale left his hometown Naples to the north for his footballing career. Where he joined Empoli’s youth system in 1994, and he began his professional career with the Empoli senior side in 1996.

Until 2004, he played from the Empoli senior. Apart from loan spells at Iperzola, Varese, and Viareggio During his tenure with Empoli, he scored 16 goals to assist the club to achieve Serie A promotion during the 2001-02 Serie B season.

His breakthrough came in the 2002-03 Serie A season when he scored 13 goals to assist Empoli to avoid relegation.

Even though he was unable to score as frequently or save Empoli from relegation the following season, his performances and continuous goalscoring won him a transfer to Udinese in 2004.

Di Natale’s skill, leadership, and ability to both score and create many goals helped Udinese to third and fourth-place finishes in Serie A, as well as qualification for the UEFA Champions League. He was selected captain of the club in 2007.

His consistent goal-scoring for Udinese saw him reach double figures in the league for nine straight seasons. He was named Serie A’s best goalscorer in 2010 and 2011, and he was also named Serie A’s Italian Footballer of the Year in 2010. 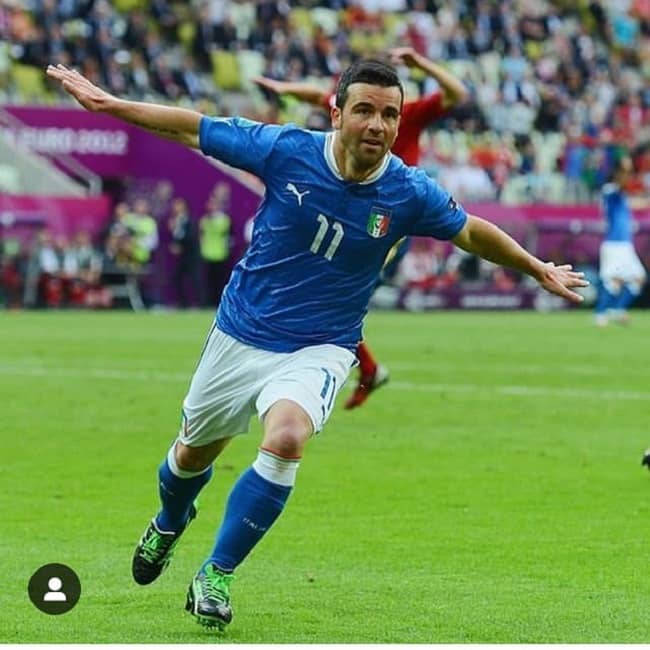 Besides playing for several Italian clubs, he has also represented his country at international tournaments. Moreover, he represented the Italian national team 42 times between 2002 and 2012, scoring 11 goals.

He played for Italy in UEFA Euro 2008, the 2010 FIFA World Cup, where he scored one goal, and Euro 2012, where he also scored a goal as Italy reached the tournament’s final.

On 4 September 2018, Di Natale was recruited by Spezia as a technical collaborator for the first team. In July 2019, he was appointed manager of the club’s Under-17 junior team, a position he left in September 2020.

On 11 April 2021, Di Natale was named the new head coach of Serie C club Carrarese, his first managerial post in his career, replacing Silvio Baldini, a former manager of his at Empoli.

Di Natale signed a two-year contract extension with Carrarese after leading the team to safety during his short career as a manager in 2020-21.  On 11 July 2022, he mutually ended his agreement with Carrerese after finishing the 2021-22 Serie C season with the Apuani.

This former player earned Capocannoniere Awards in the 2009-10, and 2010-11 seasons. In 2010, he was named the Serie A Italian Footballer of the Year. Likewise, in the same years, he earned the Serie A Fair Play Prize. 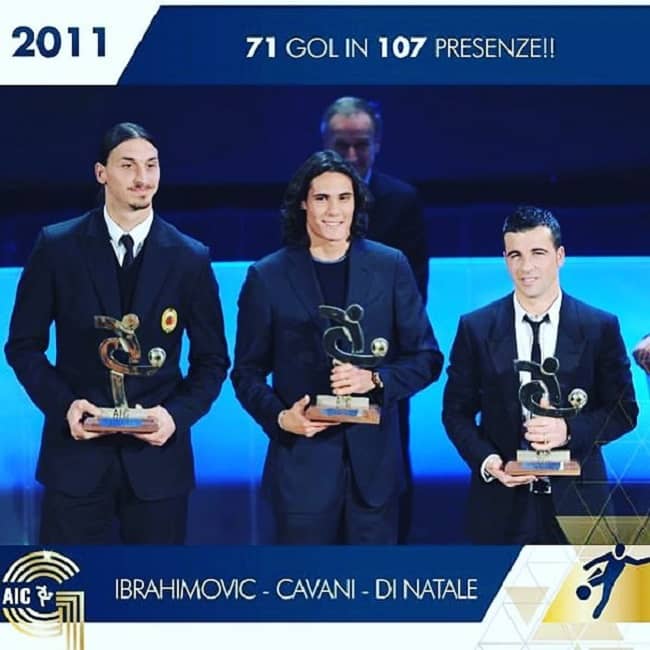 This Italian former player and coach have earned a decent sum of money in his career. Regarding his net worth, he has not shared anything regarding it.

On the 15th of June 2002, he married his wife, Ilenia Betti. The pair first met each other, while, Di Natale was playing for Empoli club and he was 19 years old at the time. With the marriage, the couple has two kids whose names are Filippo and Diletta. 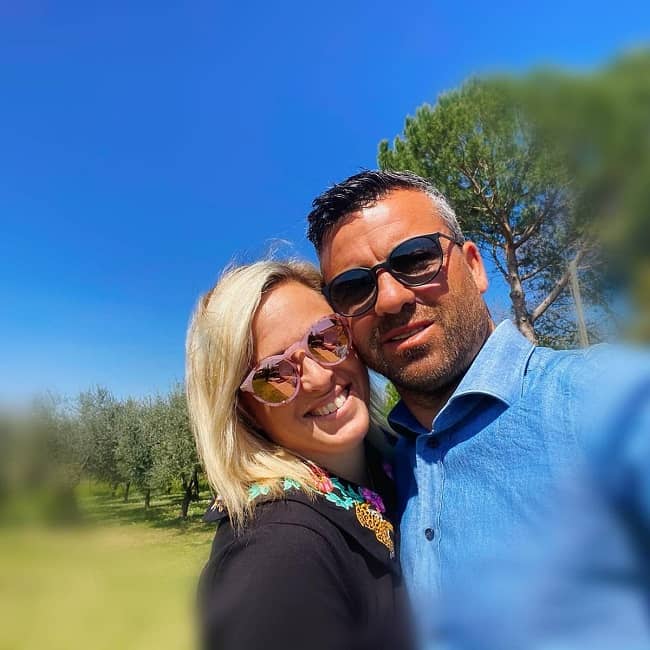 He turned down a transfer to Italian giants Juventus in August 2010 since his children had grown up in Udine and his family was settled and enjoyed living there.

He took financial responsibility for Piermario Morosini’s disabled sister, who died on 14 April 2012 after suffering a sudden cardiac arrest while playing on loan for Livorno. After Morosini died, his sister had no further living relatives.

Di Natale stands 5 feet 7 inches tall and weighs around 73 kg. Moreover, he has brown eyes with black hair color and there is no other information regarding his other body stats. 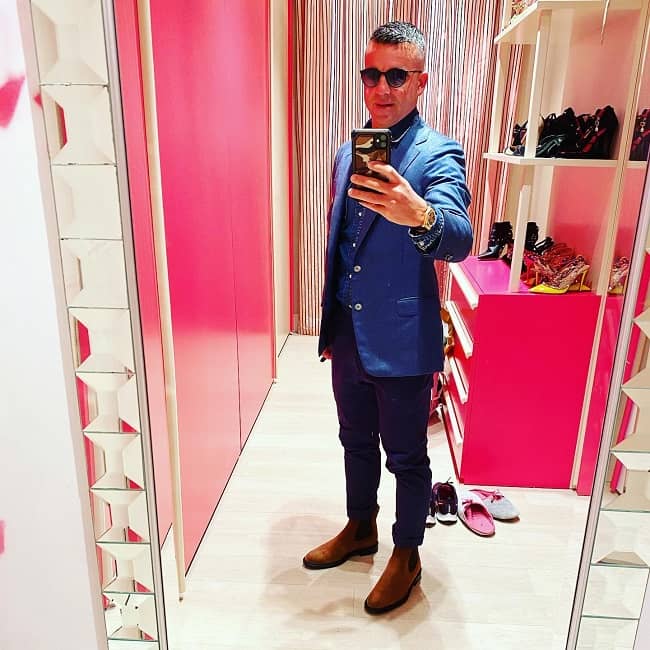 Caption: Antonio Di Natale posing for a photo in front of a mirror (Source: Instagram)