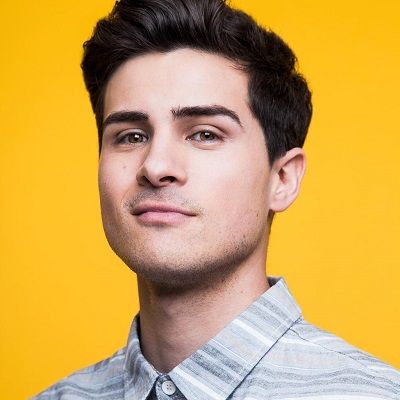 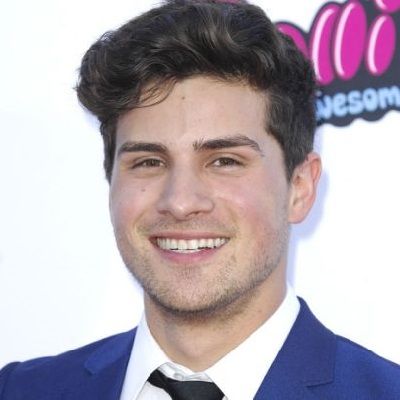 Anthony Padilla is an American Internet sensation. Anthony Padilla gained fame on YouTube with the comedy group Smosh. He started hosting the talk show Throw Back with Nickelodeon in 2019.

Anthony Padilla is 35 years old. He was born on September 16, 1987, in Sacramento County, California. Likewise, his birth name is Daniel Anthony Padilla and his birth sign is Virgo. His mother’s first name is Eden and his father’s name is Dan. Unfortunately, his parents broke up when he was two. However, his father used to visit during the weekends. He was split among his parents and complained to have both parents in his life.

As a growing kid, he saw his mother suffering from agoraphobia, which is an anxiety disorder that made her house imprisoned. Similarly, he also had a beloved grandmother passing away as a child. Then, he had to shove the household responsibility and started buying groceries for the family at the age of fourteen. As a kid, he was not much close to others except Ian.

Likewise, he has two half-brothers named Matthew and Brandon. Talking about his nationality, he holds an American nationality. 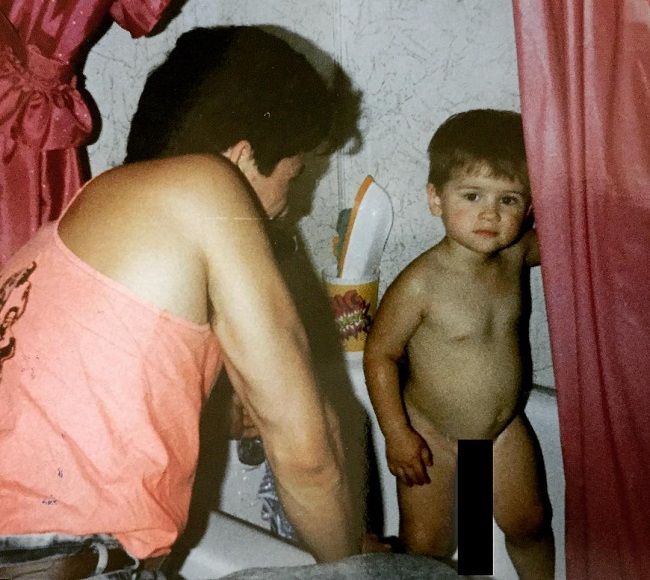 Moving toward his educational background, he attended Del Campo High School in Fair Oaks, California along with Ian. After graduating, he attended American River College in Sacramento, California. However, he dropped out after two years.

Talking about his early professional life, he was the co-founder of ‘Smosh’ alongside his partner of Ian Hecox. They make web-based sketch comedy videos on November 19, 2005. Currently, he has hailed more than 25.1 million subscribers. They used to post hilarious video content. The duo also launched another channel Smosh Pit, SmoshCast, and Smosh Games. However, he is not part of Smosh anymore.

Along with Ian, he has also made their official acting debut in Smosh: The Movie. Around March of 2017, he partnered with Axe. However, their partnership terminated around December 2017. They previously started a franchise when he built a website in 2002, smosh.com, and made several different Flash animations.

Likewise, they began creating short YouTube skits, such as their annual video series Food Battle in 2006.  He has appeared in movies and TV series such as ‘Smosh’, ‘Smosh Babies’, ‘Ghostmates’, ‘Part Timers’, ‘Just Shut Up!’, and others. 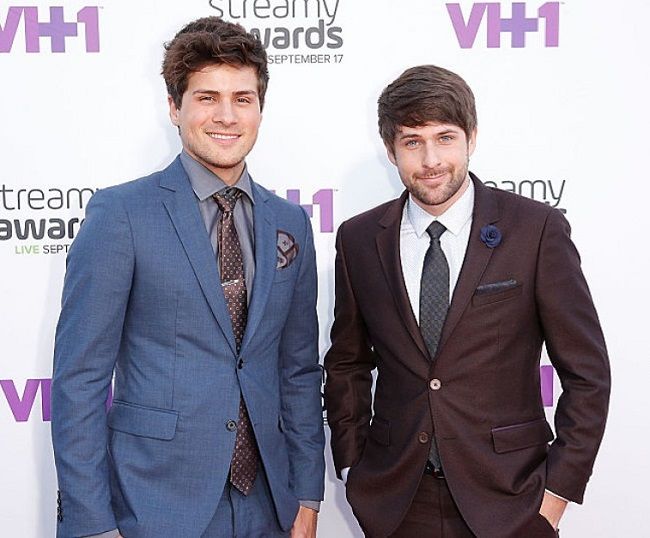 Padilla announced in the video “Anthony is Leaving Smosh” that he had officially left Smosh on Wednesday, June 14, 2017. He also clarifies why he left Smosh through his vlog. Also, he released the video on the same day regarding why he goes deeper and explains to fans why he left Smosh with the video even hitting the #1 trending video.

Currently, he feels that Smosh is a brand owned by a company (Alloy Digital, later Defy Media). The company put all his creative decisions “through a filter”. His departure from Smosh shook the internet. Later, he uploaded The Real Reason Why I Left Smosh, which was uploaded on April Fool 2018.

After the part away from Smosh, his subscribers were doubtful of the future Smosh. After his departure, Smosh dropped to fourteen places from the eighth most subscribed channel. The viewers have also dropped.

In the immediate aftermath of leaving Smosh, he started creating videos on his independent Youtube channel. He firstly creates a wide variety of videos to find his voice. Several of his videos were short sketches in the style of Smosh videos. On February 5, 2018, he uploaded a video called I Spent a Day with Flat Earthers. This video started with a series that firstly was uncommon but ultimately become the bulk of his content.

Likewise, on December 11, 2019, he explained the evolution of Phillip DeFranco’s podcast series “A Conversation With.” His Youtube channel’s online series is Anthony Padilla Week (1/6/20 – 1/12/20) and I Spent a Day With… | Anthony Padilla.

One of the most viewed videos on his YouTube channel is “English vs Spanish (Germán Garmendia).” It was posted on Aug 26, 2017, and has got 9.8 million views. His Youtube video titled “I spent a day with MULTIPLE PERSONALITIES (Dissociative Identity Disorder)” on March 4, 2020, and has got 4.32 million views now. This video is worth watching where he openly talked with the respective individual discussing their problems. 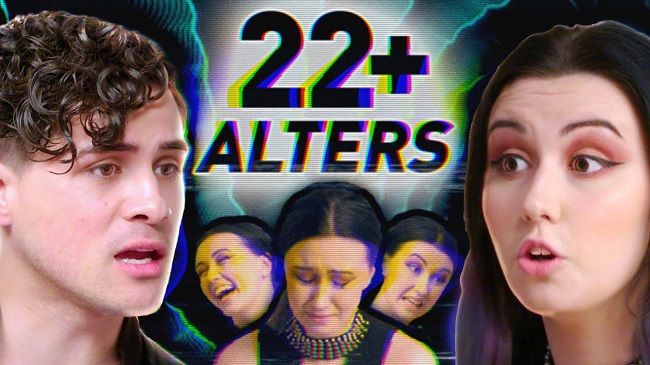 Additionally, he was hired by Nickelodeon to host the Facebook series Throw Back with Nickelodeon in the summer of 2019. This is a series where he interviews stars from old Nickelodeon shows.

Anthony Padilla was diagnosed with HSP which has luckily remained inactive throughout his adulthood. Similarly, he also dropped out of college as he wanted to pursue his career. At the age of twenty-one, he had an anxiety attack like his mother’s disorder which had passed him. He started getting more anxious and anxiety began to command him with time,  He was so worried that his career would get ruined because of the disorder. But, he battled for over five years with anxiety and learned how to prevent it from happening.

Speaking on Anthony Padilla’s earnings, he has earned a decent sum of money through his successful career as an actor as well as a Youtube star. Looking to her Youtube statics, he has posted 179 videos which all together add up to more than 197.8 million views now. He creates 4 new videos every month on average and has gained 1.5 million dollars as of April 2020.

Moreover, he has earned more fortune through his additional works. Therefore, his estimated net worth is around $15 million. He is living a lavish lifestyle with his great fortune.

Reflecting on Anthony Padilla’s relationship status, he is in a romantic relationship with Mykie. She is also a Youtuber who has a Youtube channel under the name Glam & Gore. They started dating in 2019. Likewise, he posted a video on December 14, 2019, where he captioned it beautifully with his feelings toward her. He also added keeping a relationship this incredible a secret for so long has been a challenge for him. H mentioned his girlfriend saying she is the most wonderful human he has ever had the pleasure of knowing and also feels fortunate to call her as his girlfriend. 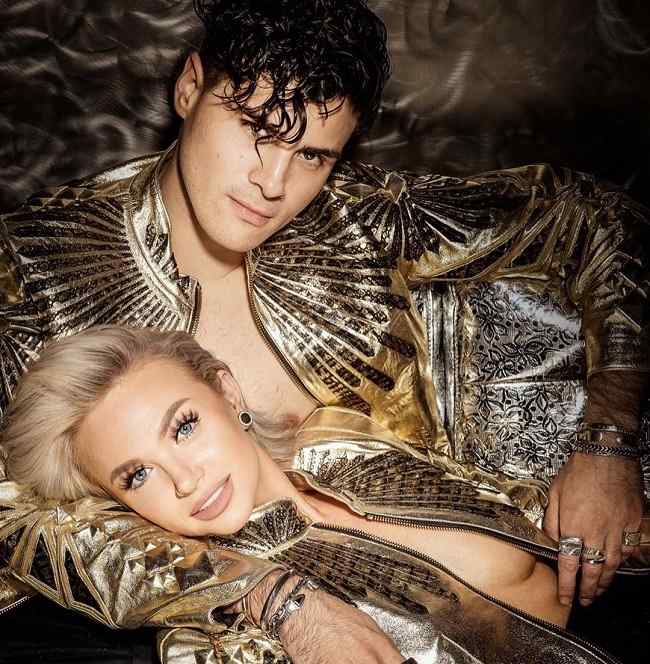 Talking about her past relationship, he engaged beauty guru Kalel in June 2013. But unfortunately, the duo split up in December 2014. Previously, he has also dated Mielmonster in 2017.

Furthermore, he has not involved himself with controversy regarding his personal as well as professional life. He is more focused on his career rather than involving in scandals. Moreover, he has been successful to maintain a clean image on social media handles.

The former member of the YouTube channel Smosh, as well as an actor, has a good-looking personality. Anthony Padilla has a good height of 5 feet 9 inches (1.8m) tall and weighs around 71 kg (158 lbs). Likewise, he has a pair of brown eyes and black hair color. Further, he has not mentioned his exact body statics, dress size, shoe size, etc.