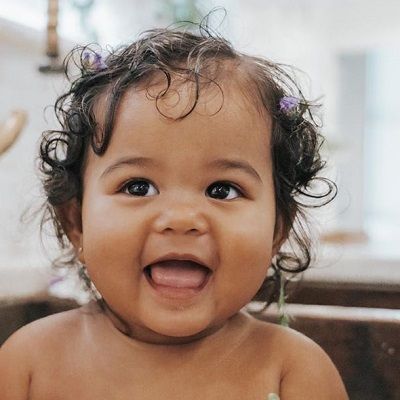 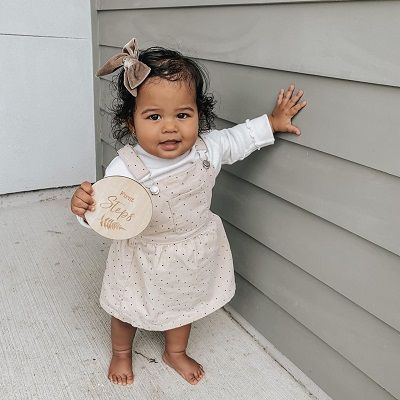 Anthem James Tru is the daughter of social media star Paige Danielle. Paige is a makeup artist, and hairdresser and has a self-titled Youtube channel.

Anthem James Tru was born on 2nd April 2019 and is currently 3 years old. Her zodiac sign is Aries. Likewise, she was born in the United States and her nationality is American. She is born to famous media personalities, Paige Danielle and Thurman Thomas III. Moreover, her mother Paige Danielle is a popular makeup artist, and her father, Thurman Thomas III, widely known as Thebrosfresh is a rapper. 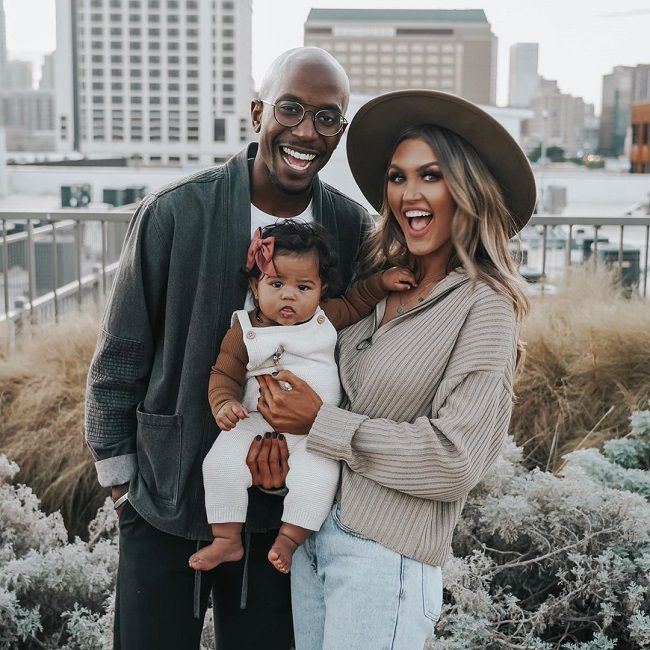 Similarly, she has maternal relations with the LeBlancs family and is associated with the Bratayley channel on Youtube. Likewise, she is quite close to Youtuber Annie LeBlanc and Hayley LeBlanc. Furthermore, reflecting upon her educational background, she is too young to attend any institution. But having a luxurious family background, she might get good education facilities in the future. 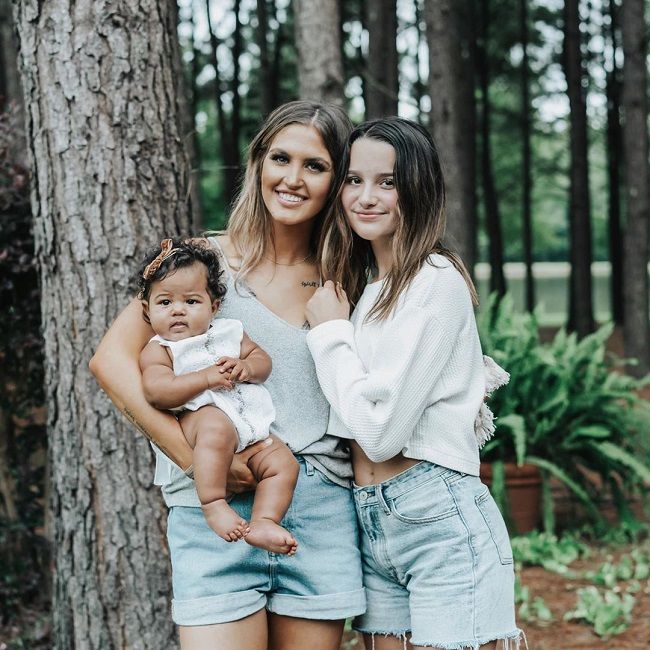 Caption: Anthem with her mother and aunt Annie. Source: Instagram

Anthem is an Instagram kid whose Instagram account is under her mom Paige. She opened an Instagram for herself right after her birth and posted the first picture on 3rd April 2019 and it has 119K likes on that picture. Similarly, her Instagram handle is @anthemjamestru, and has 321K followers in it. Moreover, she has posted 239 posts as of April 2020 and her posts are mainly the moments she shares with her mother and her cute funny moments. Likewise, she has followed many online goods stores related to babies too. 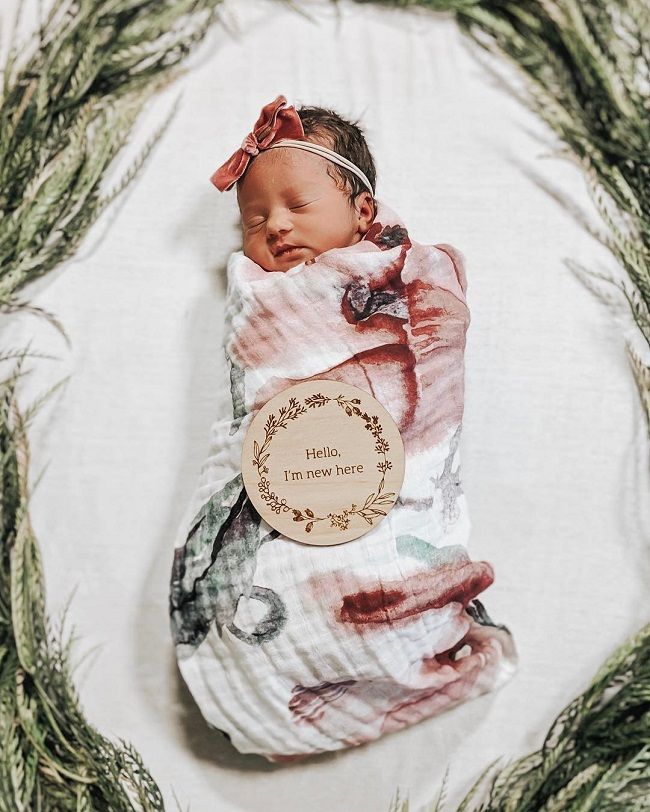 Furthermore, reflecting on her social media presence, she is often seen on her mother’s Youtube channel ‘Paige Danielle’. Paige opened her self-titled Youtube channel on 13th February 2014 and has 652K subscribers. Moreover, Paige often made her presence on social media during her pre-birth. She posted videos like ‘Labor Vlog’ and other videos related to pregnancy. Likewise, Paige face Pre-term labor pain during her pregnancy and posted a video, ‘Baby Coming Early!’ on 28th February 2019’.

Likewise, she first appeared on the Youtube channel on 12th April 2019, in ‘Natural Birth’ where Paige shared her birth story in the channel. It gained 1.4 million views. Moreover, Paige often captures each moment of her and posts it on her Youtube channel. Likewise, Paige posted ‘Bringing Baby she Home from Hospital’ which gained 3 million views. Similarly, her first bath video of her, ‘Anthem’s First Bath’ gained 865 thousand views.

Similarly, there are many difficult moments of her is are also on the channel. Once she became very sick and went out of breath and faced a lot of difficult times and it was shared on the vlog, ‘Anthem Stops Breathing + Goes to ER’ on 12th November 2019. Furthermore, besides this, Paige also posts many beautiful moments of herself on the channel. Some of the videos are, ‘Anthem gets Ears Pierced!’, ‘Baby’s First Thanksgiving!’, ‘Baby’s First Christmas’, ‘Buying Everything My Baby Touches’, and ‘Mourning Routine’.

Regarding her relationship status, Anthem is single being a 1-year-old kid. She is too young to be in any romantic relationship. However, growing up, she is sure to attract many lovers given her cute looks and charming personality.

Anthem has a dark skin type with brown hair and hazel brown eyes. Likewise, as she is still an infant her actual body measurement like height, weight, and chest-weight-hip is not available at the moment. Similarly, body measurement stats shall keep changing for several more years from now. However, at birth, Andrea was 6 Pounds and 19 inches tall. 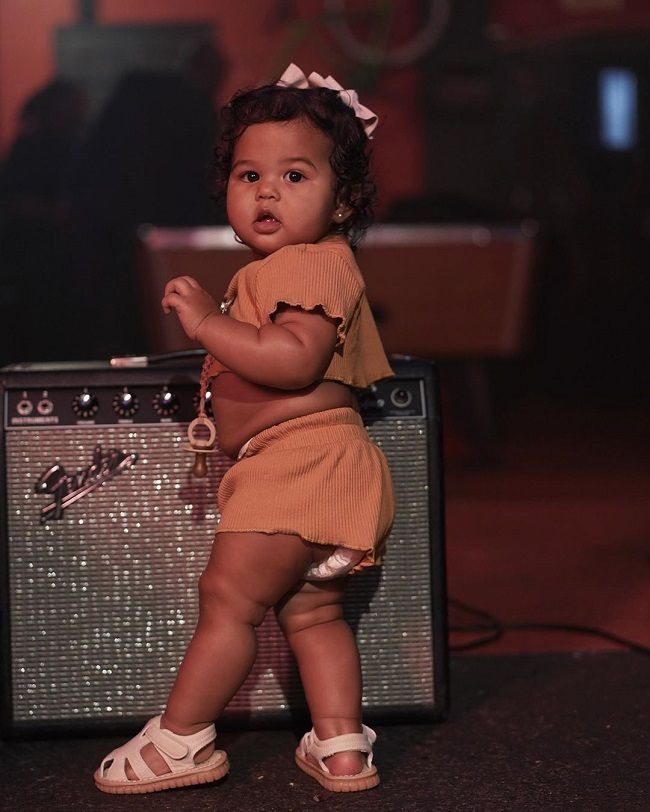 She is a social media star since an infant age. She has an Instagram account @anthemjamestru which is handled by her mom Paige. Besides this, she often makes an appearance on her mom’s social media account. Many a time she appeared on her mother’s youtube channel ‘Paige Danielle’ which has 652K subscribers. Likewise, Paige also has a Facebook page, ‘Paige Danielle’. Besides this, she has made numerous along with her mother in her mother’s Instagram account @therealpaigedanielle which has 1.6 million followers.