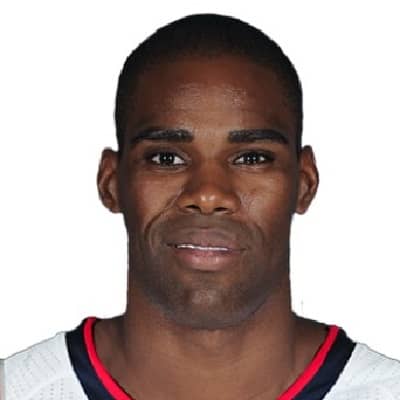 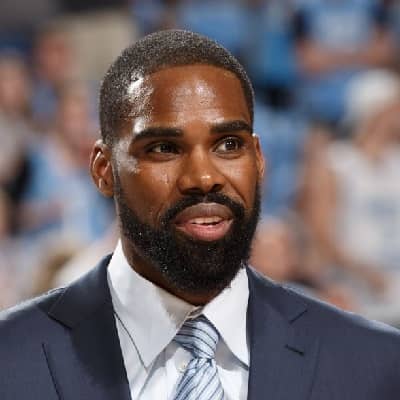 Antawn Jamison is an American former professional basketball player who played 16 seasons in the National Basketball Association(NBA). Antawn Jamison serves as director of pro personnel for the Washington Wizards. Moreover, he is popular as a two-time NBA All-Star and won the NBA Sixth Man of the Year Award in 2004.

Jamison played basketball and football (as a quarterback) at Quail Hollow Middle School in Charlotte, North Carolina. He went on to play high school basketball at Charlotte’s Providence High School. Jamison played three seasons of college basketball for the University of North Carolina at Chapel Hill, averaging 19.0 points and 9.9 rebounds per game. In his junior year, he was got both the Naismith and Wooden Awards as the most outstanding men’s college basketball player for the 1997–98 season. Jamison decided to forgo his senior year of eligibility and enter the NBA draft in 1998. He subsequently returned and earned a B.A. in Afro-American and African studies, graduating in August 1999. Smith Center, the seventh Tarheel so honored.

Antawn Jamison was selected with the fourth pick of the 1998 NBA draft by the Toronto Raptors, who then dealt his rights to the Golden State Warriors in exchange for former North Carolina teammate and best friend Vince Carter. Jamison spent the first five years of his NBA career with the Warriors. He scored a career-high 51 points on two occasions, back-to-back against Seattle and the Lakers, and won the game. He averaged a career-high 24.9 points per game in 2000–01, his third season in the league. With Dallas, Jamison experienced his first winning season in 2003–04 as the Mavericks finished 52–30 and made the playoffs, which also marked the first time in his career that Jamison had experienced post-season play.

The Mavericks suffered a setback in the first round, falling in five games to the Sacramento Kings. At season’s end Jamison was traded again, this time to the Wizards, in exchange for former Tar Heel Jerry Stackhouse, Christian Laettner, and a first-round draft pick. They also made the playoffs for the first time since 1997 and advanced to the second round for the first time since 1982. In 2006, Jamison played for the US national team in the 2006 FIBA World Championship, winning a bronze medal.

The Cavaliers defeated Derrick Rose and the Chicago Bulls in five games but fell to the Boston Celtics in 6 games. Weeks after the series, Jamison’s teammate LeBron James left the Cavaliers, to join the Miami Heat alongside Dwyane Wade and Chris Bosh. In January 2011, Jamison said that he was considering retirement and that his 2011–12 season could be his last. On February 27, in a loss to the 76ers, Jamison was fouled and broke his left pinky. He underwent surgery and would be out for the rest of the season. He finished his 14th NBA season in 2011–12 with averages of 17.2 points and 6.3 rebounds.

On July 25, 2012, Jamison signed with the Los Angeles Lakers for the NBA veteran’s minimum. On November 30 against the Denver Nuggets, he scored a season-high 33 points and grabbed 12 rebounds, becoming the first Laker since Shaquille O’Neal in 1998 to record a 30/10 game as a reserve. However, coach Mike D’Antoni did not play him for multiple games, partially due to Jamison’s inconsistent shooting and subpar defense. On January 4, 2013, he played against the Los Angeles Clippers for the first time after six games on the bench. On January 6, he entered in the first quarter against the Denver Nuggets and hit a jumper for his first points since December 13.

Jamison again became a part of the Lakers’ regular rotation after forward Pau Gasol was out with a foot injury. After the early communication issues with D’Antoni, their relationship improved significantly. On August 28, 2013, Jamison signed with the Los Angeles Clippers. Then, on December 11, 2013, in the second quarter against the Boston Celtics, Jamison scored a 3-pointer which took his career points tally past the 20,000 marks, becoming just the 39th player in NBA history to achieve this.

In October 2014, Jamison retired from professional basketball and became a broadcaster for Time Warner Cable SportsNet as a TV analyst for the Los Angeles Lakers. On October 3, 2017, Jamison was hired in a scouting role by the Los Angeles Lakers. In August 2019, he was hired by the Wizards to become their director of pro personnel. Jamison awarded his first Antawn C. Moreover, Jamison Scholarship at his high school alma mater in 2003. Jamison has also launched a campaign which he calls “A Better Tomorrow” which he hopes to use to provide the underprivileged with a chance at a better future. 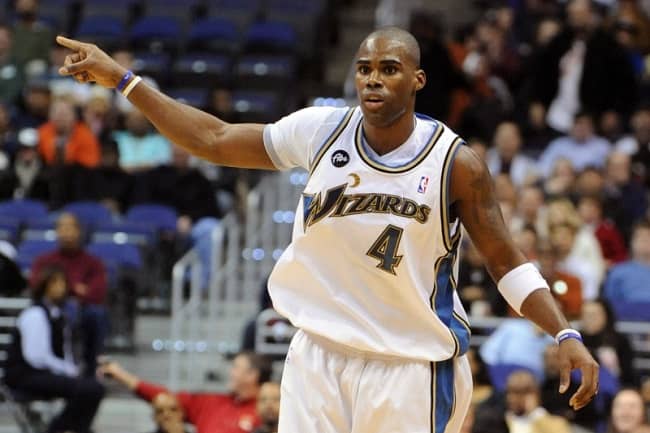 He has a net worth of $70 million but his salary is around $15 million per year. Moreover, he has earned his net worth as the power forward for the Cleveland Cavaliers of the National Basketball Association (NBA).

Antawn Jamison is married to Rucker Jamison. The couple got into a married relationship in 2003. They have been blessed with four children named Kathryn Elizabeth Jamison, Antawn Jamison Jr., Rucker Jamison, and Alexis Jamison. He is currently having a happy life with his wife and children. 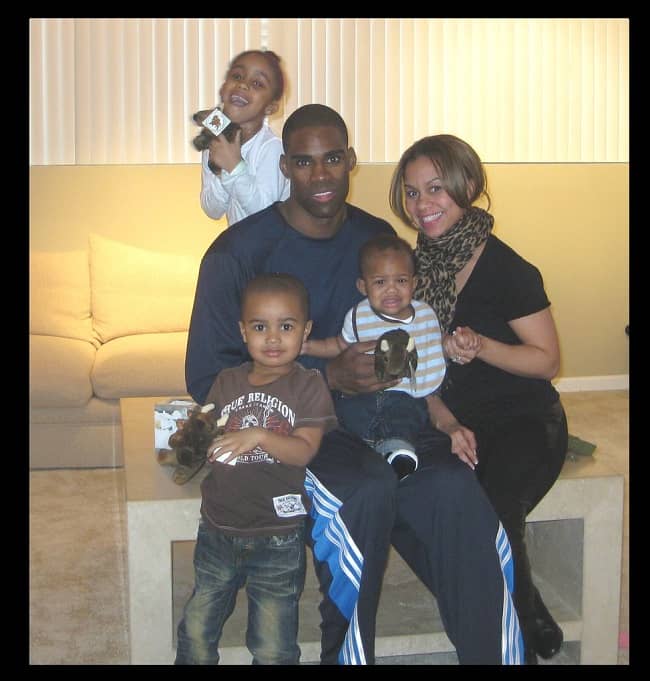 Regarding Antawn’s body measurement. He is 6 feet 9 inches tall and has a weight of 101 kg. Being a basketball player, he has an athletic body type. Moreover, he has black hair and a pair of black eyes.

He is currently active on Facebook only. Besides these, he is not active on Instagram and Twitter. He has kept most of the personal things secret.