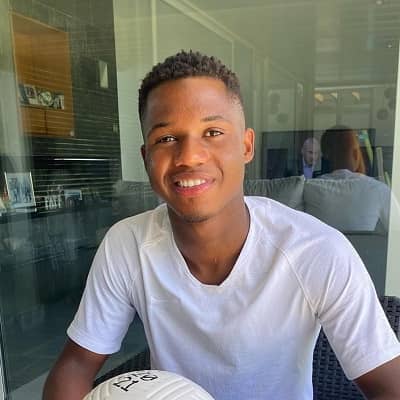 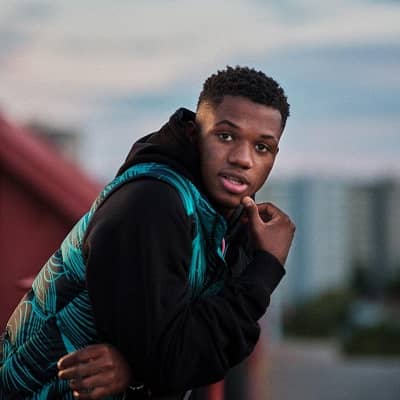 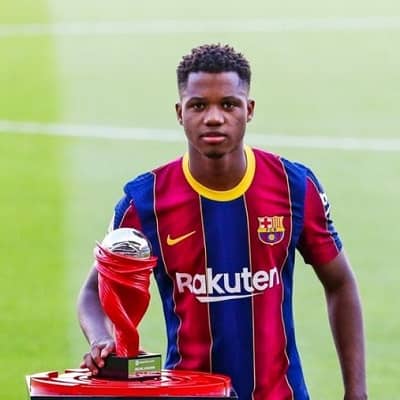 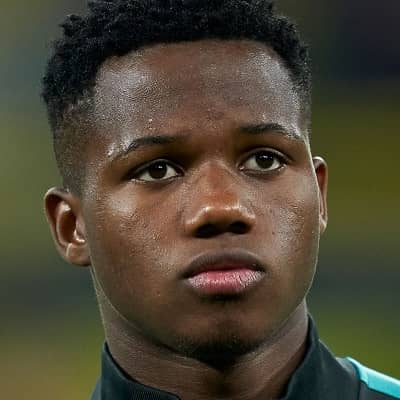 Ansu Fati is a young Spanish football player who plays for the La Liga team, Barcelona, as well as the Spanish national team. Ansu Fati had a knee injury and was out of games for 9 months.

Ansu Fati was born on 31 October 2002 and he is currently 18 years old. His full name is Anssumane “Ansu” Fati Vieira. His hometown is Bissau, Guinea-Bissau and his zodiac sign is Scorpio. When he was only 6 years old, his family moved to Herrera, Seville.

Therefore, Ansu’s nationality is Spanish and he received his citizenship on 20 September 2019. Talking about his family, he has brothers namely Miguel Fati and Fatinyo Jr. All of the Fati brothers are footballers. Likewise, he has two sisters namely Djuco and Djeny.

His family actually moved to Spain after his brother was signed to the aforementioned football team. Moreover, his father’s name is Bori Fati and his mother is Lurdes Fati. His father was also a footballer who played professionally after emigrating to Portugal. 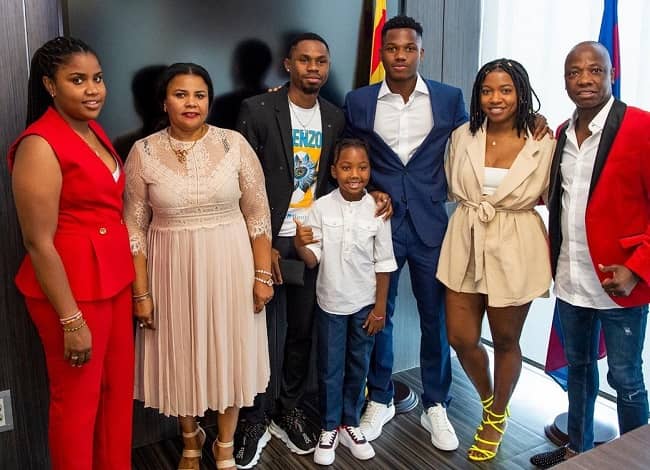 Caption: Ansu Fati posing for a photo with his whole family. Source: Instagram

Professionally, Ansu Fati is a young football player who represents Spain international team. He is also famous for playing as a forward for the teams Barcelona as well as the Spanish national team. Moreover, the young footballer is recognized for being the La Liga Player of the Month in September 2020.

Initially, he represented local side Herrera and the youth teams of Sevilla. After of year of this, he joined Barcelona’s La Masia in the year 2012. The footballer was only 10 years old at the time.

Then on 24 July 2019, the young footballer signed his first professional contract with Barcelona. Later on, on 25 August 2019, he made his 1st team and La Liga debut. A few days later, he scored his 1st professional goal in a 2–2 away draw. This game was between Barcelona and Osasuna.

When he made this goal, he was only 16 years old. This made him the Barcelona senior team’s youngest goalscorer ever. Moreover, he was also the third-youngest scorer in the history of La Liga when he made his score.

Similarly, Ansu became the youngest player in the history of La Liga on 14 September 2019 to score and assist in the same match. A few days later, on 17 September, Anso had his Champions League debut. It was in the game against Borussia Dortmund. This made him the youngest player to feature for Barcelona in the competition. He was only 16 years old. 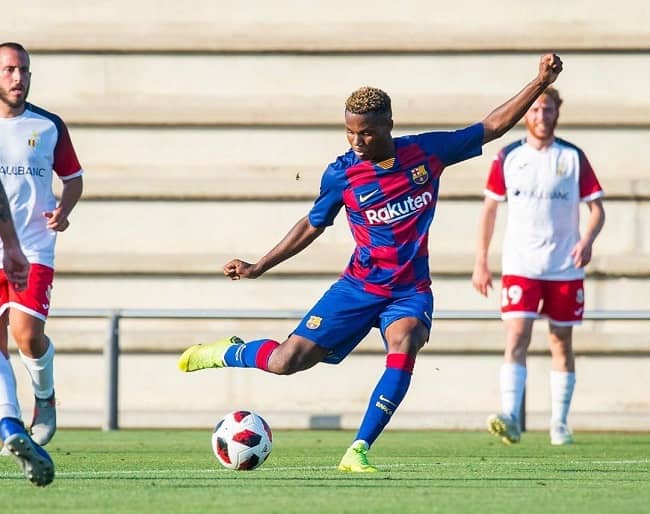 Likewise, on 10 December 2019, Ansu scored the game-winner score in Barcelona’s 2–1 victory over Inter Milan. This game was held at the San Siro and he became the youngest goalscorer in UEFA Champions League history. He was only 17 years and 40 days when he made the aforementioned score.

Unfortunately, he suffered a knee injury on 7 November 2020. This was during the game against Real Betis. After tests, he was confirmed to have torn his meniscus on his left knee. After 2 days, he underwent surgery. Subsequently, his football club announced Ansu’s break for around four months. Recently on 5 August 2021, the young footballer returned to training. The Spanish player was out of action for nine months. 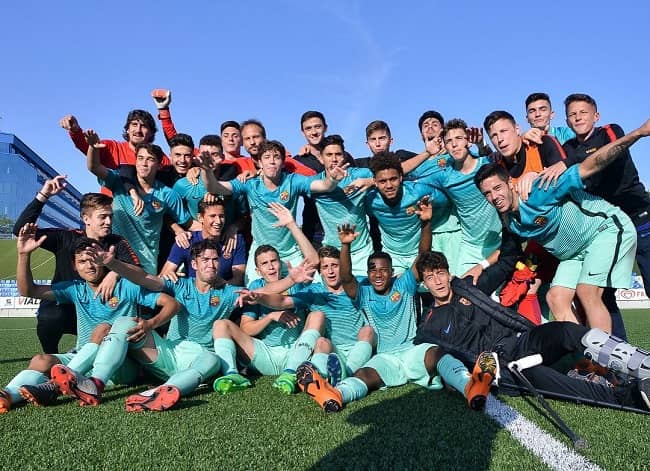 Caption: Ansu Fati posing for a photo with his team after their victory. Source: Instagram

Ansu Fati is most probably single at present. The footballer has not shared any information related to this matter. The Spanish footballer also has yet to share any social media posts confirming his relationship status and affairs. Nevertheless, the young player is sure to get a number of people lining up to be his lover as he is very handsome, charming, and talented.

Ansu Fati stands tall at an approximate height of 1.78 meters or 5 feet 10 inches and his body weight is around 75 kgs or 165 lbs. Likewise, the footballer has a chest-waist-hip measurement of around 44-34-38 inches respectively. The young Spanish footballer has dark brown eyes and hair of the same color.

Talking about his social media presence, Ansu Fati joined Twitter in September 2019 and so far has over 415.1K followers on his @ANSUFATI account. Likewise, he has more than 6.4 million followers on his @ansufati Instagram account.

Other than these, he doesn’t have a personal profile on other platforms like Tiktok, Youtube, Facebook, etc. Moving on, Ansu has a net worth estimation of around $2 million US dollars.