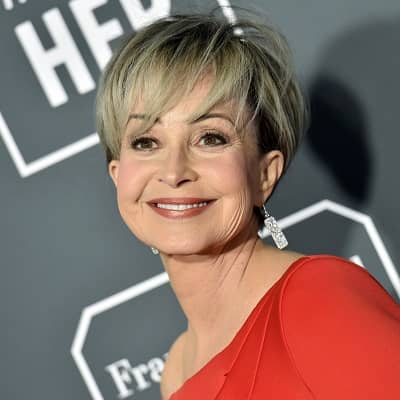 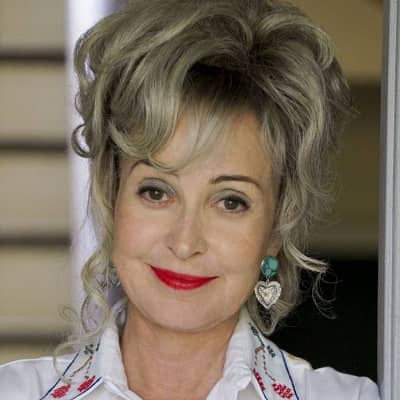 Annie Potts is a talented American actress. She is famous for her roles in the movies like Ghostbusters, Pretty in Pink, and Jumpin’ Jack Flash, as well as from a leading role on CBS sitcom Designing Women. Since 1990 she was present regularly in guest and cameo roles in the entertainment industry.

The talented actress was born on October 28, 1952, as Anne Hampton Potts. She holds an American nationality. Her age is 68 years and her zodiac sign is Scorpio. Similarly, she was born in Nashville, Tennessee, as the younger child of her parents. The name of her parents is Powell Grisette Potts and Dorothy Harris (née Billingslea) Potts. Annie Potts has two older sisters and their names are Mary Eleanor (Potts) Hovious and Elizabeth Grissette Potts. They grew up in Franklin, Kentucky. She graduated from Franklin-Simpson High School in 1970 from the same place where she was raised. She attended Stephens College in Columbia, Missouri where graduated with a Bachelor’s degree in Theatre. 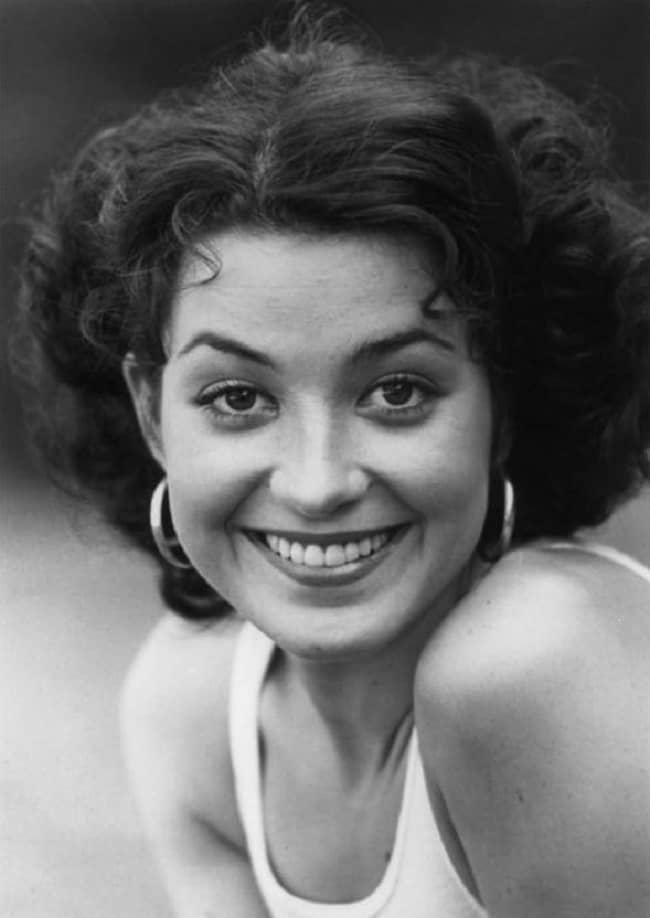 Caption: Annie Potts when she was young (Source: Geeks On Coffee)

Potts started her career on the big screen in 1978 in the Metro-Goldwyn-Mayer comedy film Corvette Summer. In her first film, she worked with Mark Hamill. In 1980, she played the role of Edith Bedelmeyer. Edith is a woman who shared an apartment with three other women on the short-lived comedy series, Goodtime Girls. Potts played as a receptionist, Janine Melnitz in the Ghostbusters film series. Then, she achieved some fame as pragmatic interior designer Mary Jo Shively on the CBS television sitcom Designing Women (1986–1993). She has had various roles in both television series and films. She was also present in the movie, Love & War (1993–1995).

She also vocalized Bo Peep in the Disney and Pixar animated movies. Toy Story in 1995, Toy Story 2 in 1999, and Toy Story 4 in 2019 are some of them. Then, Potts played the role of Mary Jo Jackson Shively on the CBS sitcom Designing Women (1986–1993). Moreover, she played a role as Sophie Devere in NBC’s Law & Order: Special Victims Unit from 2005 to 2009. Potts has worked for some audiobooks as well which includes the narrator and heroine of Larry McMurtry’s Telegraph Days. Then, she was in the film version of McMurtry’s Texasville, a sequel to The Last Picture Show.

She stepped on her another path by joining the cast of the Tony Award-winning play God of Carnage on November 17, 2009. Potts starred as Elizabeth “Gigi” Stopper in ABC’s comedy-drama series GCB in 2012. She says her portrayal of the character on Dixie Carter and adds, “Were she still alive, the role would have been hers and should have been”. Potts also played a major role in the 2012 Hallmark Channel original musical movie The Music Teacher which is about a high-school music teacher who is about to lose her music school program. In an attempt to spare the program, Daley’s former students confederate to stage a musical to boost money.

Then, in March 2013, Potts signed on for the role of the ABC comedy-drama pilot Murder in Manhattan. The movie was about a mother and daughter who team up as amateur sleuths. She even replaced Tovah Feldshuh in the role of Pippin’s grandmother Berthe. This marked her introduction during a Broadway musical. From the year 2017, she was a regular artist on the CBS sitcom Young Sheldon and her role was Connie “Meemaw” Tucker. Moreover, she is a member of Stephens College. She has been instrumental in fundraising efforts for the college to this day. 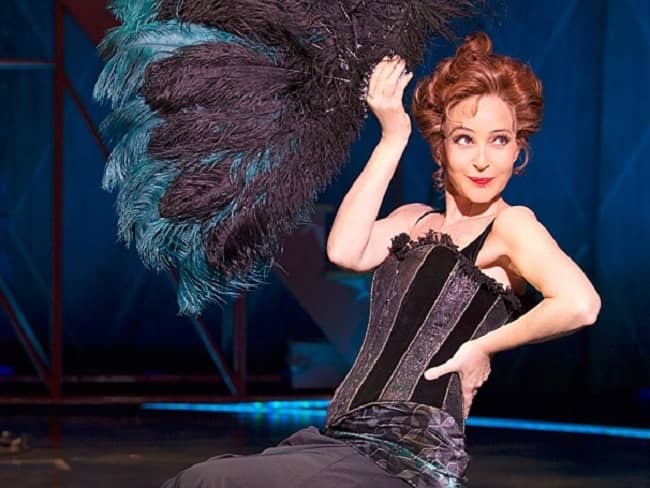 She is now a successful actress and has a good net worth. She has a net worth of $8 million as of 2021. However, her exact salary is still missing. Her income source is from her profession as an actress and from her collaboration with various companies as well. In addition, she had once endorsed brands like Jolly Time Popcorn, One-A-Day, Biography Channel, Nestlé Purina PetCare, and Pop Secret Popcorn.

Annie Potts is married four times and has had divorced thrice. Currently, her husband is James Hayman. James is a successful director and producer. They got married on 02 Sep 1990 and together they have two children. At first, she married Steven Douglas Schwartz on 26 Aug 1973. Then, they divorced after 5 years in 1978. Potts and her Steven Hartley were once in a car accident. The accident left several bones below her waist broken, including compound fractures to both legs, and the loss of the heel of her right foot. Also, Hartley lost his left leg. They two were on their Volkswagen bus and got hit by 2 drivers who were drag racing.

Then she tied a knot with a TV actor Greg Antonacci on 21 June 1978. This marriage lasted only for two years and they left each other in 1980. Her third husband was an assistant director, B. Scott Senechal. Their wedding was on 28 Feb 1981. Together, they had a child Clay Samuel Senechal (born in 1981). Again they got separated in 1981. Potts is the proud mother of three sons: Clay (with third husband Scott Senechal), and two with James Hayman: James (called Doc, born in 1992), and Harry (born in 1996). 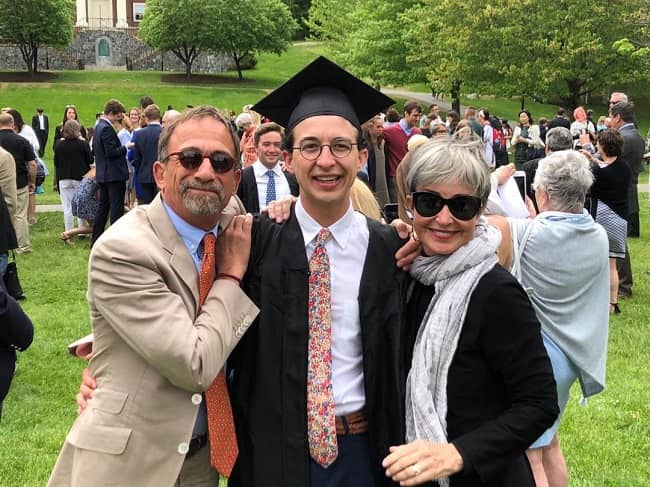 Caption: Annie Potts with her husband and her younger son (Source: Instagram)

Regarding Annie Potts’s body measurement, she is 5 feet 3 inches or 1.5 m tall. She has a weight of 52 kg or 165 lbs. Similarly, her body measurements are 33-25-35 inches and her bra size is 32 B. This beautiful actress has a pair of beautiful brown eyes with grey hair. Moreover, she wears a dress size of 2 (US). Also, she has a fair complexion and is as beautiful as she was at her younger age.

Coming to the social media part, she is quite active there. She is active on Instagram and on Twitter. On Instagram, she has 32.7 K followers and on Twitter, she has just 7 K followers. It seems like, she is more active on Instagram rather than on Twitter. Moreover, she often shares pictures of her work and pictures with her family. People love her work and her personality on the social media platform as well.