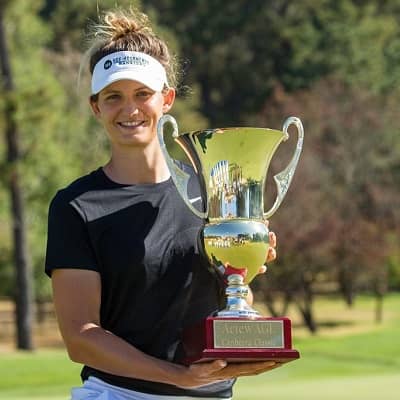 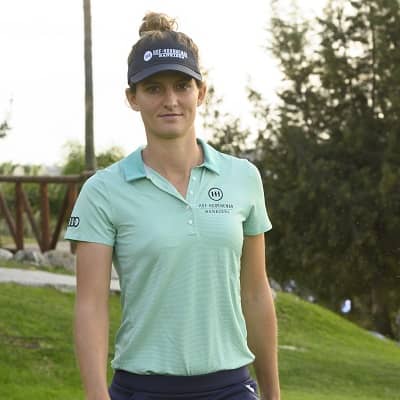 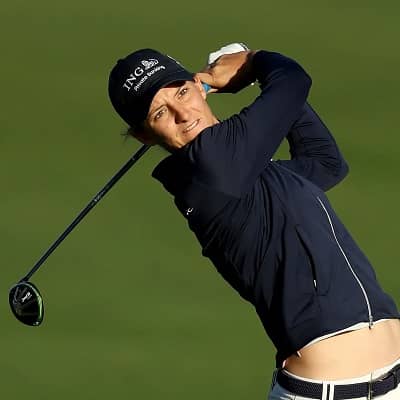 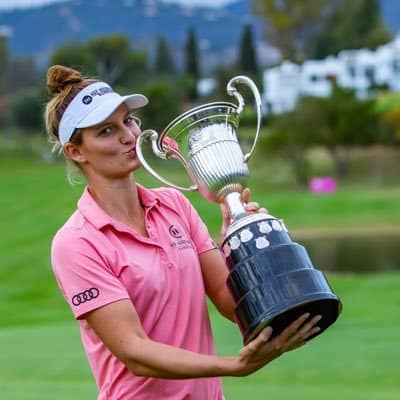 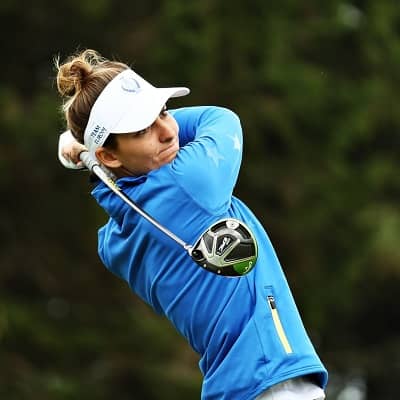 Anne van Dam was born on 2 October 1995 and she is currently 26 years old. She hails from Arnhem, the Netherlands and her zodiac sign is Libra. Moreover, this personality’s present residence is in Orlando, Florida USA.

Talking about her family, her father’s name is Roelof Van Dam (@droelofvan). Although she has mentioned her mother and sister occasionally, she has disclosed their identities yet. There are also no details related to this golfer’s educational journey. 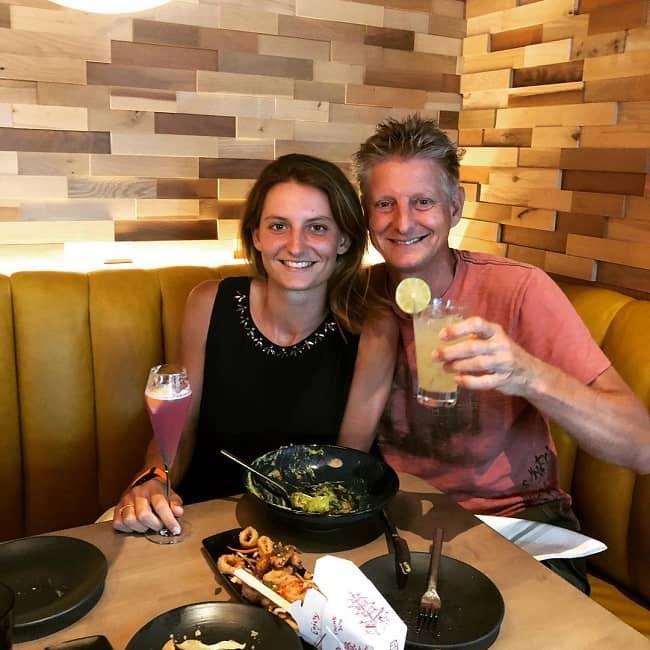 Caption: Anne van Dam posing for a photo with her father. Source: Instagram

Professionally, Anne van Dam is a golfer. She turned professional on 1st January 2015. The same year, she became a member of LET and became LPGA Member as of the year 2019.

Talking about the beginning of her career, this professional golfer started playing golf at around the young age of 5 years. Her 1st tournament for the Dutch Team was against France at Golf National. She was only 12 years old when she had her 1st win for her country. Her biggest achievement at the time was winning the National Championship under 9 years old.

From age 15 to 19, this professional golfer played all around the world for the Dutch National Team. In the year 2013, she played her 1st LET tournament at the Deloitte Ladies Open as an amateur at age 17. The same year, she was selected to play in the Jr Solheim Cup for Europe. This golfer’s last tournament as an amateur was the 2014 World Amateur Team Championships where she finished individually 6th. 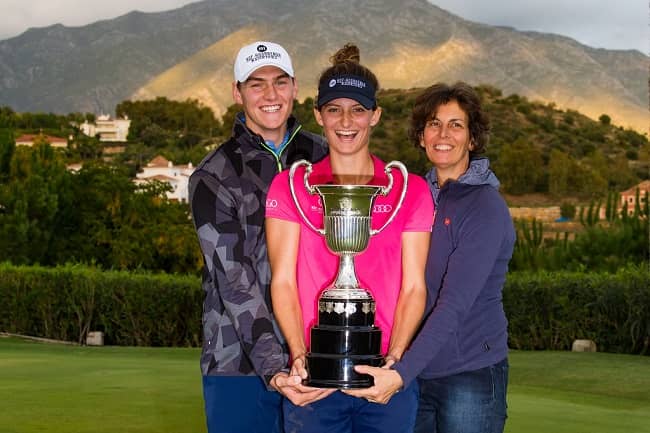 Caption: Anne van Dam in a photo with her mother, lover, and her trophy. Source: Flickr

Furthermore, this golfer’s 1st victory on the Ladies European Tour was on 16 October 2016 at Xiamen International Ladies Open China. This was only her 2nd year as a professional player. Then in 2018, this golfer played around the world LET, SYMETRA, Majors, and LPGA Q-Series. On September 23, 2018, she had her 2nd LET victory Estrella Damm Ladies Open Spain.

Then on 3rd November the same year, she had her LPGA Membership 2019 after 144 holes. Then on 25 November 2018, she achieved her 3rd LET win Andalucia Costa del Sol Open de Espana. At present, this professional golfer is the longest driver in women’s golf with 283 yards average distance. She also has a record of over 320 yards long drives.

On 3 March 2019, this golfer had her 4th LET win ActewAGL Canberra Classic Australia. Then on 1st December the same year, she won her 5th LET Spanish Open. Then on 15 September 2019, this golfer qualified for the Solheim cup with Team Europe. She subsequently won this thriller with 14,5 – 13,5. 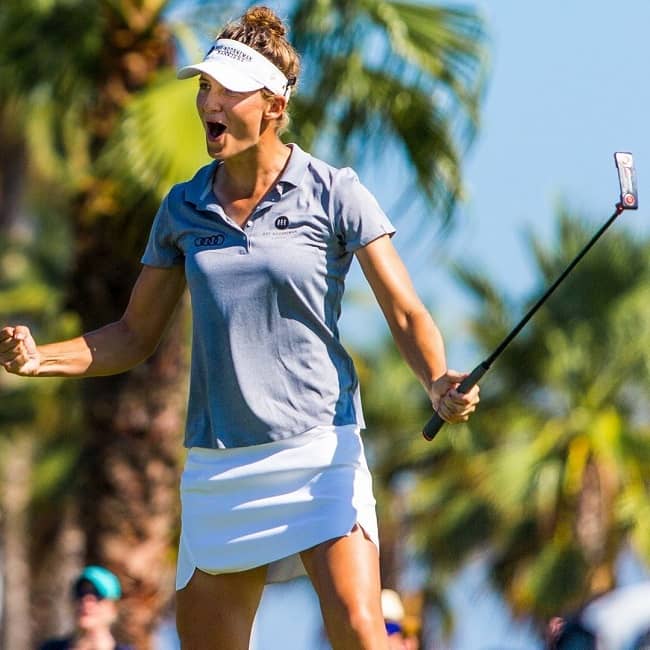 Anne van Dam is currently dating Roelof Koopmans (@rhkoopmans). Her lover is actually her caddie and the two have been together since December 2015.

Talking about her personal interests, her hobbies include fitness, biking, and playing other sports. She is also a foodie and loves having fun with friends as well as traveling the world. the golfer’s favorite foods are Thai and Italian whereas her favorite courses include Royal Melbourne and Whistling Straights. 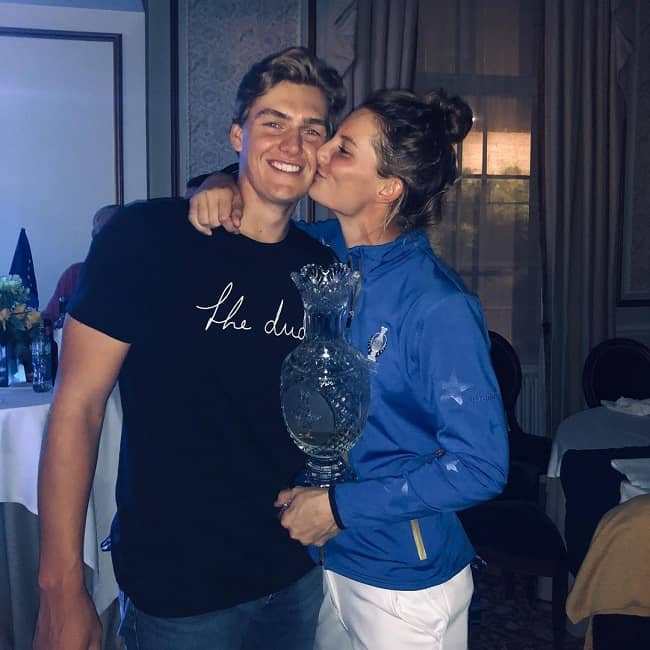 Anne van Dam stands tall at an approximate height of 182 cm or 5 feet 10 inches and her weight is around 70 kgs. Other than these, the player’s other body measurement details like her chest-waist-hip measures, dress size, etc. are still under review. Moreover, this female golfer has dirty-blonde hair and hazel eyes.

Talking about her social media presence, Anne van Dam joined Twitter in February 2010 and so far has more than 11.8K followers on her @annevandam account. Likewise, she is available on Instagram under the username @annievdam. So far, this account has earned more than 49.2k followers as of March 2022.

Besides these, she is not available on other platforms like Tiktok, Facebook, Youtube, etc. We can also visit her website for frequent updates and facts. Moving on, this professional golfer has a net worth estimation of around $1.5 million US dollars.