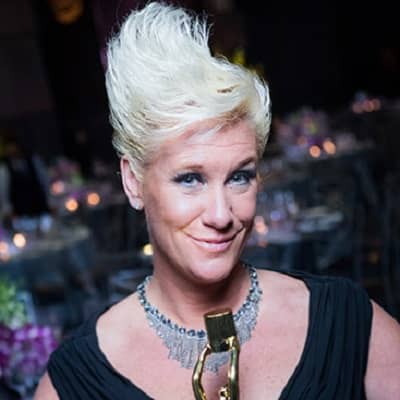 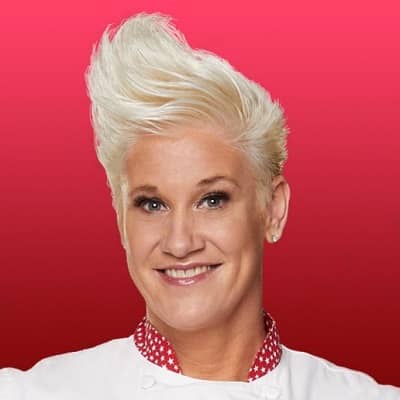 Anne Burrell is an American chef, television personality, and Institute of Culinary Education instructor. Anne Burrell is most known for co-hosting ‘Worst Cooks in America’ and hosting the Food Network show ‘Secrets of a Restaurant Chef.’

Anne W. Burrell was born on 21st September 1969, in Cazenovia, New York, the United States of America. As of now, she is 53 years old and she is a citizen of America. She has a sun sign of Virgo and she belongs to the English ethnicity. Moreover, she is the daughter of Marlene Burrell (mother) and her father’s name is unknown to the public.

She received a Bachelor of Arts (BA) degree in English and Communications from Canisius College in Buffalo in 1991. In addition, she enrolled in the Culinary Institute of America a year later and graduated with an Associate in Occupational Studies in 1996. (A.O.S.). She also studied in Asti, Piedmont, at the Italian Culinary Institute for Foreigners. 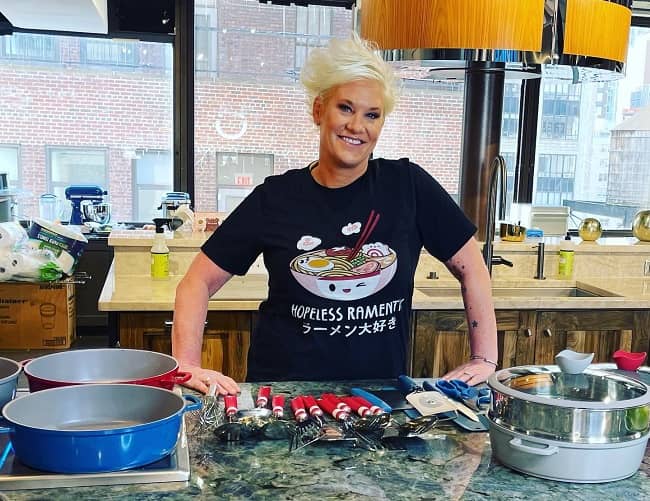 She worked at several restaurants in Italy until the mid-2000s when she moved to New York City and was employed as a sous chef at Felidia, where she worked with Lidia Bastianich. Anne also worked as a chef at Savoy, where she prepared delectable dinners inspired by Mediterranean nations while cooking over an open wood fire. She created her cooking technique there, which consists of preparing rustic food with pure and basic ingredients that have rich tastes.

As a teacher at the Institute of Culinary Education, she was able to share her culinary skills and enthusiasm with others. She returned to the restaurant industry after three years, serving as executive chef at Lumi. She served up her “creative-authentic” Italian menu of small dishes, antipasti, pasta, and main courses highlighted by her characteristic strong, clean tastes as the executive chef at New York hot spot Centro Vinoteca from July 2007 until September 2008. Anne’s television cooking shows are Best of Worst Cooks in America, Secrets of Restaurant Chef (2012), Chef Wanted With Anne Burrell (2013), Chopped (2016), Cooks Vs. Cons (2016-217), and Iron Chef Gauntlet (2017) are some of her television shows. 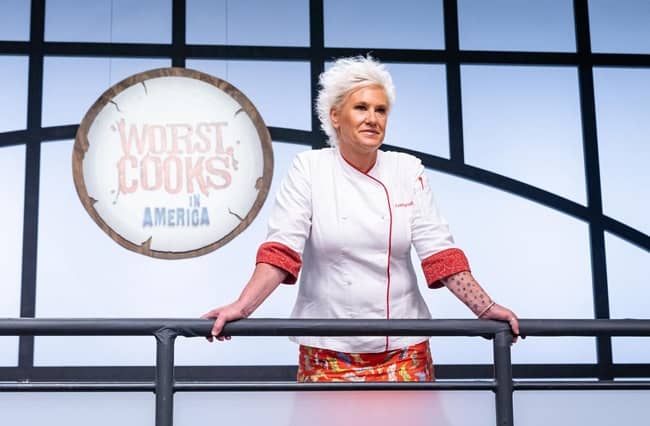 As a famous American chef, she has earned fame and money. Talking about her net worth, she has an estimated around $5 million which she earned from her professional career.

Anne Burrell married Stuart Claxton on 16th October 2021, in her upstate New York hometown of Cazenovia. In past, she was engaged to Karen Grieveson. The talented American chef is not a part of any controversy nor got a rumor yet. Moreover, Anne is focusing on her personal and professional career. 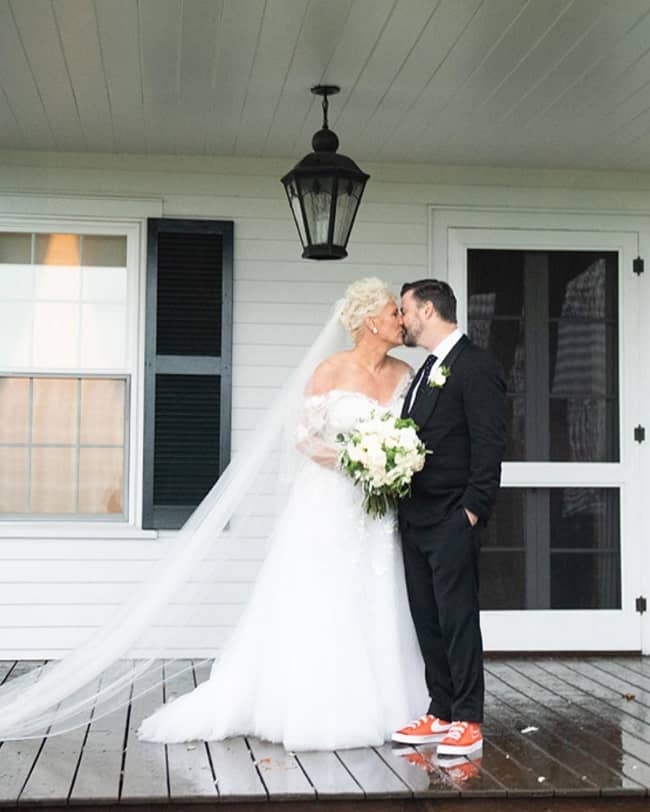 The chef is 5 feet 7 inches tall and weighs around 78 kg. Likewise, she has short blonde hair and green eyes in color. Furthermore, Anne has a bra size of 34D. Besides that, there is no more information regarding Burrell’s other body measurements.