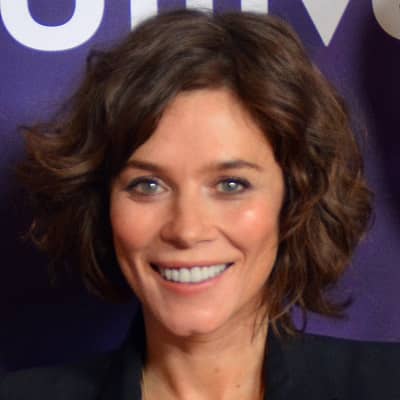 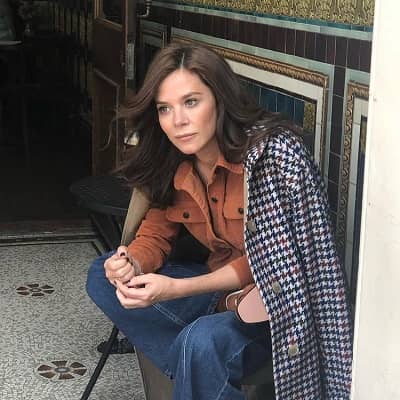 Anna Friel is an actress who has been in the acting field from the age of thirteen. Anna Friel rose to fame for her appearance on the British soap opera, “Brookside” from 1993 to 1995, and on ABC’s “Pushing Daisies” from 2007 to 2009.

Anna Louise Friel’s birthdate is 12th July 1976 and her birthplace is Lancashire, England, United Kingdom. As of now, she is 45 years old. The actress has English citizenship and has been following Christianity. Likewise, her zodiac sign is cancer and her present age is forty-five years old. The name of her proud parents is Desmond “Des” Friel and Julie.

Her mother is a special needs teacher whereas her father was a former French teacher and folk guitarist. Also, her dad now is the owner of a web design company. She also has a sibling whose name is Michael, a physician. The actress went to Crompton House Church of England School, and then to Holy Cross College for her studies. 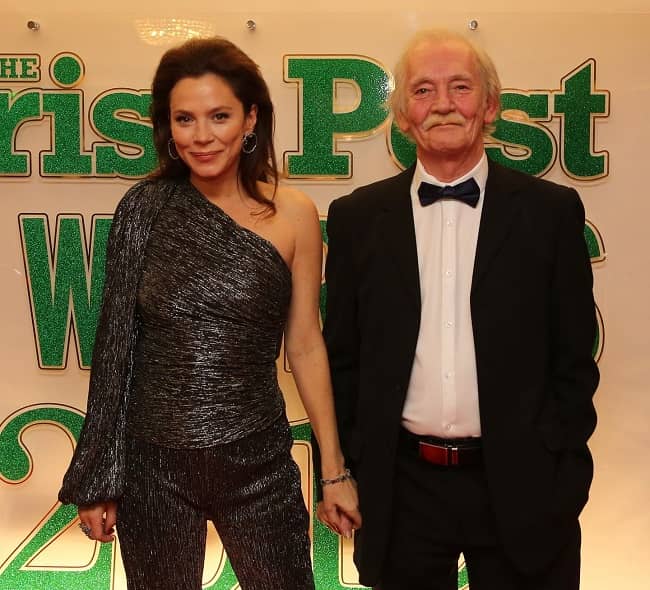 Friel started taking acting training at Oldham Theatre Workshop. As a teen, she made her 1st screen presence in the series ‘G.B.H.’ as Susan Nelson. She also was present in 1991’s ‘Coronation Street’ as Belinda Johnson and in 1992’s ‘Emmerdale’ (1992) as Poppy Bruce. From 1993 to 1995, she got her 2nd main TV project, ‘Channel 4’ soap opera ‘Brookside’ as ‘Beth Jordache’. A kissing scene between Friel and Nicola Stephenson was there, which happened to be the 1st lesbian kiss in the history of British TV.

However, this made her a typecast, and she did not accept several lesbian characters offered to her afterward. In 1995, the same work helped her to win ‘National Television Award’ and a ‘TVTimes’ award. The actress then became a part of ‘The Tribe’ which again brought controversies due to the “ménage à trios” sex scene. In 1998, she got the lead role of ‘Bella Wilfer’ in the TV adaptation of Charles Dickens’s ‘Our Mutual Friend’. Her other credits were ‘St. Ives.’, ‘The Land Girls’ (1998), and ‘Prue’ (‘Prudence’). In 1999, she got two projects, ‘A Midsummer Night’s Dream’ and ‘Rogue Trader’.

Patrick Marber’s show ‘Closer’ was Anna’s 1st ‘Broadway’ act, played at the ‘Music Box Theatre’ in New York for a long time. Friel’s act as ‘Alice’ helped her to win a ‘Drama Desk Award’. Also, in 2001, she made her ‘West End’ 1st stage appearance, being a part of Frank Wedekind’s production ‘Lulu’. She then went to work for ‘An Everlasting Piece’ and ‘Sunset Strip’, both in 2000 and ‘Me without You’ in 2001. The talented actress received a ‘Genie Award’ for performing as ‘Lily’ in the Canadian 2001 movie, ‘The War Bride’.

However, the same drama was dropped in November 2008 and she also dropped 6 TV offers to pursue her movie career. She was nominated for a ‘Czech Lion Award’ and even won a ‘Sun in a Net Award’. It was for her role of Countess Erzsébet Báthory in the historic horror film, ‘Bathory’. Again, the English actress got caught by controversy but got a chance to present as ‘Holly Golightly’ in a theater version of Truman Capote’s ‘Breakfast at Tiffany’s in 2008. The actress then was present in the ‘Theatre Royal Haymarket’ and the ‘West End’ which gained attention for nude scenes.

For her work as Dee Purnell in the BBC drama, “The Street”, she won an RTS Award in November 2009. Next year, she was a part of the Manic Street Preachers’ music video, ‘(It’s Not War) Just the End of Love’. She also made her fictional appearance in a 2011 episode of ‘Come Fly with Me’. Likewise, she acted in the ‘ITV’ series, ‘Without You’ as Ellie, and in the ‘West End’ adaptation of ‘Uncle Vanya’ as Yelena. She was a part of the drama ‘The Vatican’ in September 2013 which later was negated.

In 2015, she worked in ‘American Odyssey’ as Sergeant Odelle Ballard and in ‘Urban and the Shed Crew’ as Greta. Next year, she was present in ‘The Cleanse’ as Maggie and in ‘I.T.’ as Rose Regan. and as ‘Bev Merridew’. In 2017, she got the role of Erica Myles, s Republican to act in ‘Tomato Red’ and in the 2nd season of the ‘Starz’ anthology ‘The Girlfriend Experience’. The English actress was nominated for ‘BAFTA’ in 2018 for her role of ‘Christina Fitzsimmons’ in the ‘BBC’ drama, ‘Broken’.

Before this, she won a ‘Best Actress’ award at the ‘Séries Mania Festival of 2017’ for the same character. Since 2016, Anna has been working for the title character (‘Det. Sgt Marcella Backland’) in the British drama ‘Marcella’. For her same performance, she got the ‘International Emmy Award’ for the category of the ‘Best Actress’ in 2017. In October 2018, she was working on the 3-part ‘ITV’ drama, ‘Butterfly’. Her role in the drama was of ‘Vicky Duffy’ who was a mom of a transgender child. 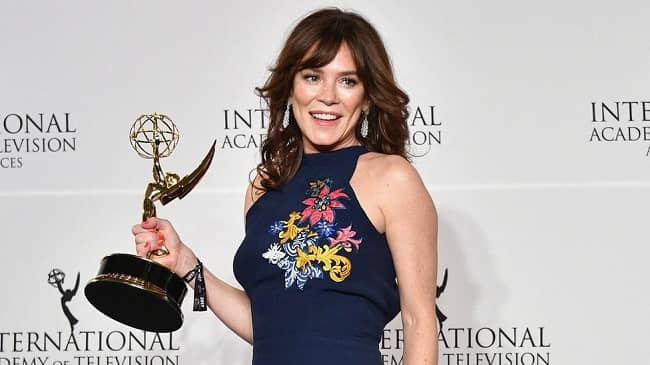 Talking about the actress’s income, she has been making a massive amount of money as an actress. The estimated net worth of Anna Friel is $10 million USD. She has been making money being present in several TV shows, films, dramas, and print advertising campaigns too.

Likewise, she has worked for several brands like Reebok, Three, Pantene, Virgin Atlantic, Mulberry, and Marks & Spencer. The English actress was also a cover girl for several magazines. Moreover, she has been working in the position of an ambassador for the WWF wildlife charity.

The actress was in a romantic relationship with the actor, David Thewlis in 2001. They met for the first time on a flight to Cannes. After some time in the same year, the actress was taken to the hospital for emergency surgery and 2 blood transfusions for a cracked ovarian cyst. It was later found that the actress was suffering from endometriosis and would have trouble conceiving.

On 9th July 2009, she gave birth to her daughter, Gracie Ellen Mary Friel at Portland Hospital, London.  Her daughter’s name came after Gracie Fields, and her mom’s grandmas, Ellen and Mary. Unfortunately, Anna and David parted ways in December 2010 after 10 years of togetherness. 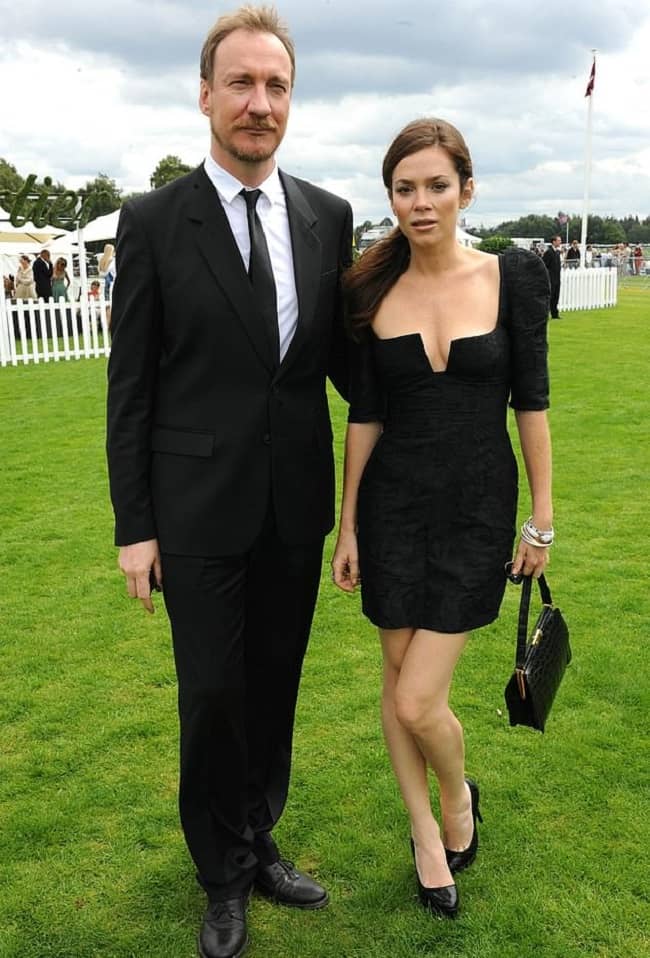 Regarding the actress’s body measurements, she has a slim body type with beautiful fair skin. Anna has a bodyweight of 55 kg (121 lbs) and is 5 feet 3¾ inches (1.62 m) tall. The size of her waist is 25 inches and her hips size is 35 inches. Likewise, the British actress has been wearing a dress shaving size of 4 (US). Friel also has an attractive personality with a pair of hazel eyes and dark brown hair. Moreover, the actress today is as beautiful and healthy as she was in her teenage.