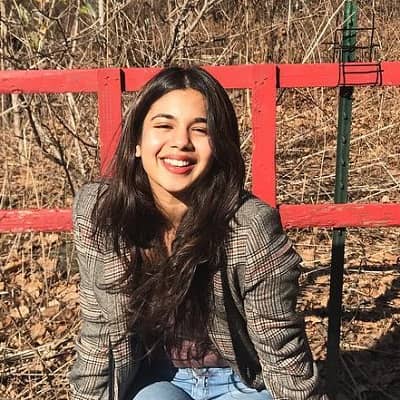 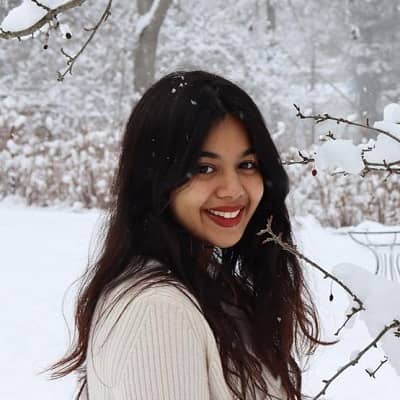 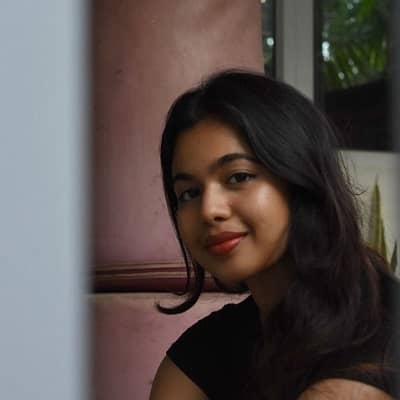 Anjana Sarja was born in the year 1995 and her age is currently 26 years old. She hails from Bengaluru, India. Talking about her family, Anajana’s parents are Arjun Sarja and Niveditha Arjun. Similarly, she has an elder sibling namely Aishwarya Arjun. She has yet to share insights into her educational journey. 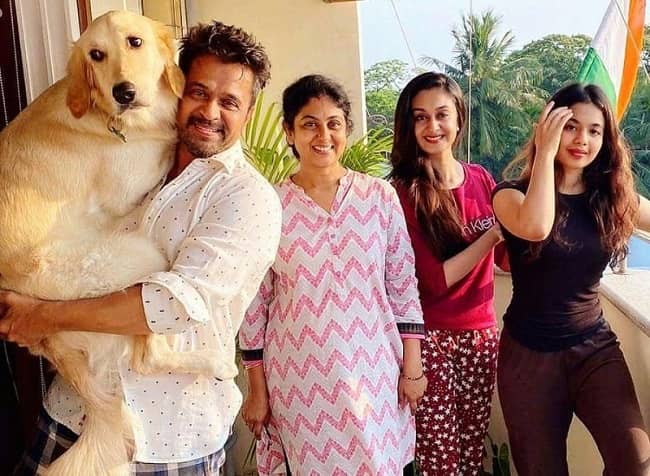 Caption: Anjana Sarja posing for a photo with her family. Source: My Thoughts and Thoughts

Anjana Sarja is famous as the celebrity daughter of Arjun Sarja and his wife Niveditha Arjun. Her father is a famous actor, producer, and director from India. Similarly, her mother is an actress, producer, and dancer also hailing from India.

Her mother, Niveditha is more famous for her stage name of Asha Rani. Asha Rani made her acting debut with Ratha Sapthami in the year 1986. This is a Kannada movie by director M.S. Rajashekar. After this movie, her mother continued pursuing her passion for dancing. Her mother also worked as a producer with Sree Raam Films International.

Talking about her father’s professional life, Arjun Sarja is a famous actor, producer, as well as director. His fans and media alike refer to him as the “Action King”. This is because of Arjun’s roles in action films. Arjun Sarja predominantly works in the Tamil, Kannada, and Telugu film industries.

Her father has also worked in Malayalam and Hindi films. Furthermore, her father has acted in over 150 movies and most of them are lead roles. Her father is also regarded as one of the only few South Indian actors to attract a fan following from multiple Indian states.

Similarly, her sister is also a budding actress. Aishwarya has acted in several Tamil and Kannada movies. Her sister made her acting debut with the film Pattathu Yaanai in the year 2013. Besides being a celebrity kid and celebrity sibling, she works as a fashion designer in New York. 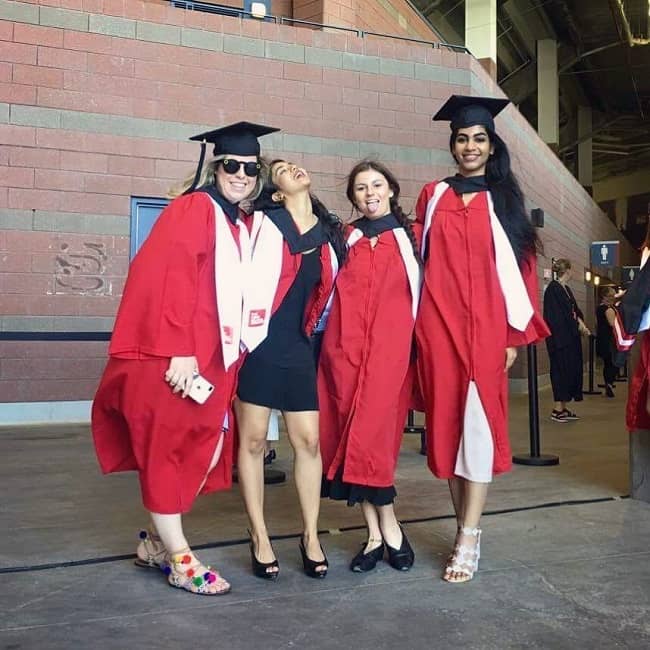 Caption: Anjana Sarja posing for a photo with her friends during their school graduation. Source: Instagram

She stands tall at an approximate height of 5 feet 3 inches or 160 cms and her weight is around 56 kgs or 124 lbs. Other than this, there is no information regarding her other body measurements including her chest-waist-hip measures, dress size, shoe size, etc. Moreover, she has dark brown eyes and hair of the same color. 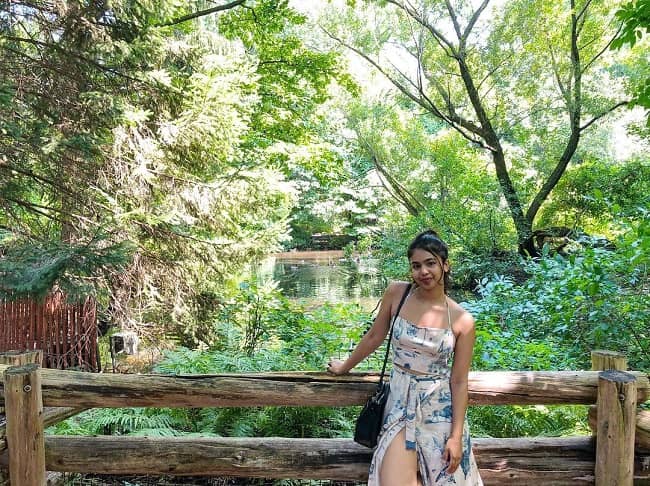