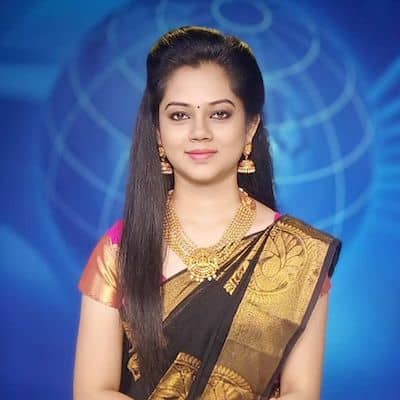 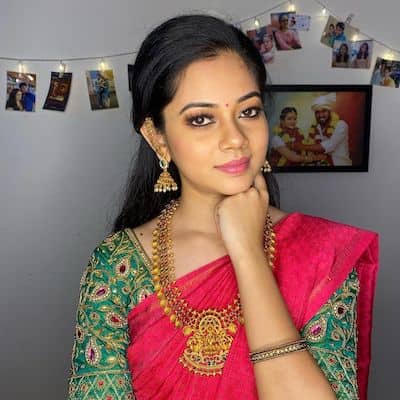 Anitha Sampath is an Indian actor, Anchor, Journalist, Model, and television personality. Anitha Sampath rose to fame after appearing on Bigg Boss 4 Tamil. Likewise, the Indian actress has worked with many big stars in the movie industry such as Rekha, Shivani Narayan, and Suresh Chakravarthy.

Moving on to her family, Anitha was born to a family in a south Indian family. However, Anitha has not revealed the names of her parents. Talking about her siblings, Anitha has not revealed any details regarding her siblings either. Thus, the names and identities of Anitha’s family are still in the dark. The Indian actress grew up in Chennai. As a child, Anitha picked up an interest in acting and modeling.

Anitha Sampath is a well-educated woman. For her education, she did her schooling at Velankanni Matric Higher Secondary School. Following her high school graduation, Anitha went on to attend Anna University. Anitha received a B.Tech Degree from the same university as well. While at College, Anitha suffered from an Inferiority complex as she was very skinny.

Anitha is a beautiful Indian actress, model, and journalist. Moreover, The Bigg Boss contestant was raised to fame as a news anchor. Likewise, Anitha has also appeared in many other news shows and movies before this. Moreover, most of Anitha’s roles remain uncredited.

Furthermore, The amazing thing about her movie roles is that she played a news anchor in most of her movies such as Kaala, Sarkar, 2.0, and Varma. Anitha then got the chance to portray the role of a doctor in the Tamil web series called “Emergency”.

The Indian news anchor is also a renowned model in the Tamil industry and endorses numerous jewelry brands. Likewise, she has also started her YouTube channel by the name of Anitha Sampath’s vlogs. The Indian model’s vlogs are viewed by more than 238k subscribers. 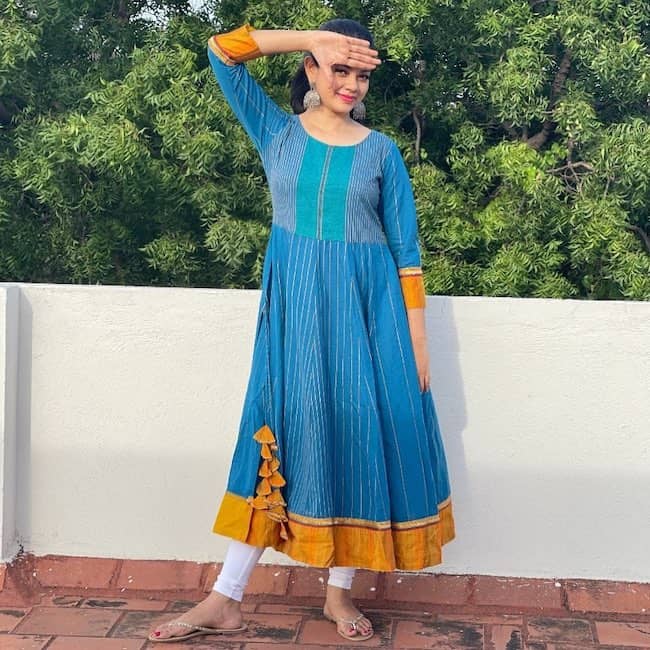 Anitha started her YouTube channel from Delhi travel vlog which is a hit. As of now, the YouTuber makes all types of videos like couple Q ‘n’ A, How-To, skincare, and almost on every possible topic.

Due to Anitha’s epic popularity in Tamil Nadu, big brands like “Max” also collaborated with her to endorse their products. She made a vlog with the brand and posted it on her all social media platforms. Furthermore, Anitha further gained a huge fan following after she appeared in Bigg Boss 4 Tamil. The Actress soon gained popularity and became one of the most favorite contestants of the show.

When it comes to awards, Anitha has not received any awards to date. However, the Indian actress might receive a couple of awards in the near future. Likewise, Anitha has earned a decent sum of wealth throughout her career. As of now, Anitha enjoys a net worth of $100k.

Anitha Sampath is married to Prabha Garan. The pair married each other on 25th August 2019. The pair were in a relationship for a couple of years before getting married. 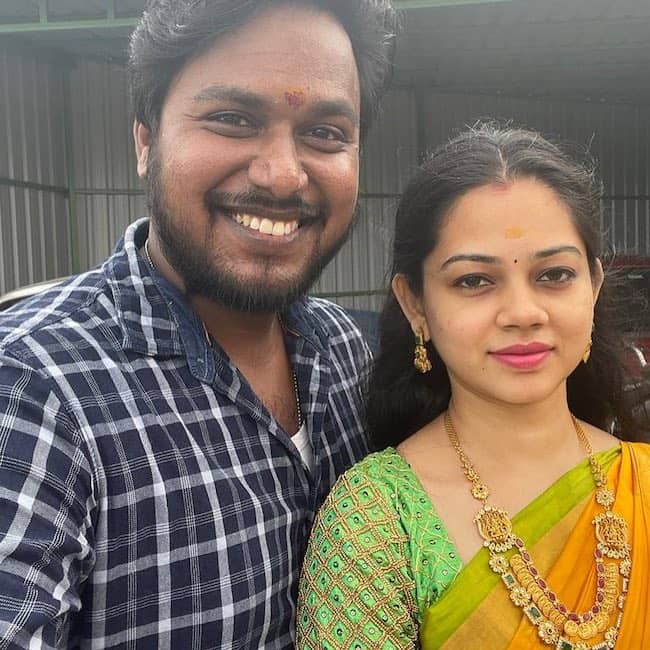 Concerning the controversy, Anitha has maintained his clean career and has not been involved in the controversy till the day. We will let you know as soon as possible if Anitha involves in any controversy.