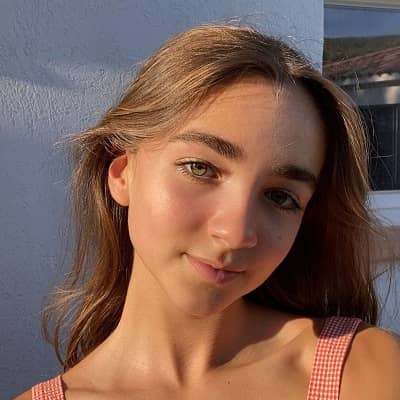 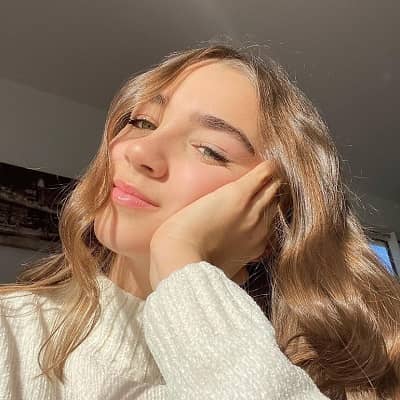 Angelina is a singer from France. Moreover, Angelina rose to fame after winning the fourth French season of The Voice Kids, and a year later, she represented her country at the 2018 Junior Eurovision Song Contest and became a runner-up.

Angélina Nava best known as Angelina was born on the 4th of November 2006, in Provence, France. According to her date of birth, she is 16 years old and holds French nationality. She grew up in La Ciotat in the Bouches-du-Rhône department of Southern France and has a birth sign of Scorpio.

Her parents are dancing teachers in La Ciota; her father is Italian and her mother is French. She belongs to mixed ethnicity of Italian-French descent. Although no one in Angelina’s family had formal musical training, she was known for her love of singing and strong vocal abilities from a very young age.

She especially liked singing along to her favorite songs in the car, effectively turning it into a music studio. However, not much is known regarding her parents’ names at the moment.

Officially, Angelina has not yet revealed her earnings, salary, and net worth in public at the moment. However, according to some online sites, her net worth is estimated at around $1 million to $5 million.

Coming to her personal life, Angelina is single and unmarried. However, she is still a teen girl and has not yet seen dating anyone at the moment and is focused on her education and profession at the moment.

Angelina started singing and performing from an early age. At the age of five, she gave a public performance of “Colors of the Wind” from the Disney animated film Pocahontas at a charity event in Bouches-du-Rhône, which she now considers a defining moment and a “revelation.”

At the age of nine, she participated in the French version of The Voice Kids ( season 4), after giving seven preselection stages followed before she reached the blind audition. In the audition, she performed Synapson’s “All in You,” and was able to turn all three judges’ chairs.

Moreover, she picked Patrick Fiori as her coach. Following the battle round, semi-final, and finally, she reached the final of the show. In the live final, Angelina initially performed Stromae’s “Tous les mêmes” (“[They Are] All the Same”) before performing “All in You” her audition song, and won.

Later that year, on November 19, 2017, she performed with the Enfoirés Kids cast in their one and only concert, which was recorded at the Zénith d’Aix and shown on December 1 by TF1. 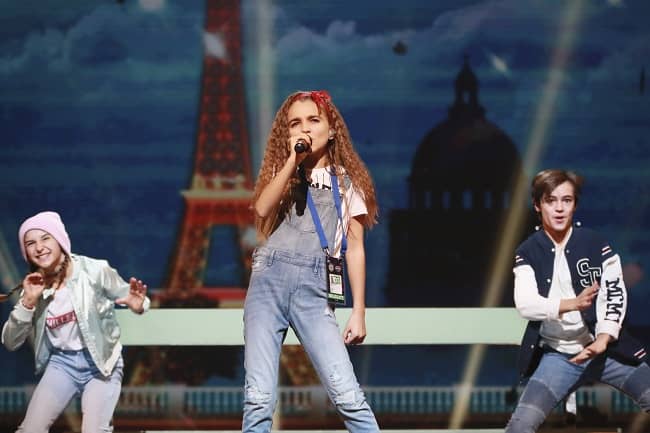 Career after winning the voice kids

When the Junior Eurovision Song Contest was held in Minsk, Belarus, in 2018, Angelina was picked to represent France with the song “Jamais sans toi.” She placed second with 203 points, 15 points behind the winner.

The public ranked her second, while the jury placed her sixth. France entered the competition for the first time in 14 years because of Angelina’s performance at Junior Eurovision.

Prior to that, only one performance from the nation had taken place, in 2004, when Thomas Pontier placed sixth with his song “Si on voulait bien” (“If We Wanted”). Eurovision France decided to enter France the following year as a result of Angelina’s success.

Angelina released the song “Maman me dit” in late March 2019. She released her debut album, Ma voie, on April 26. It peaked at number 84 on the French chart. She announced a tour for spring 2020 in October.

Talking about her awards, Angelina won The Voice Kids (four French seasons). In the following years, she might earn more success and fame in her career.

Angelina has dark brown hair with green eyes color. However, not much is known regarding her other body stats such as height, weight, dress size, and many others. 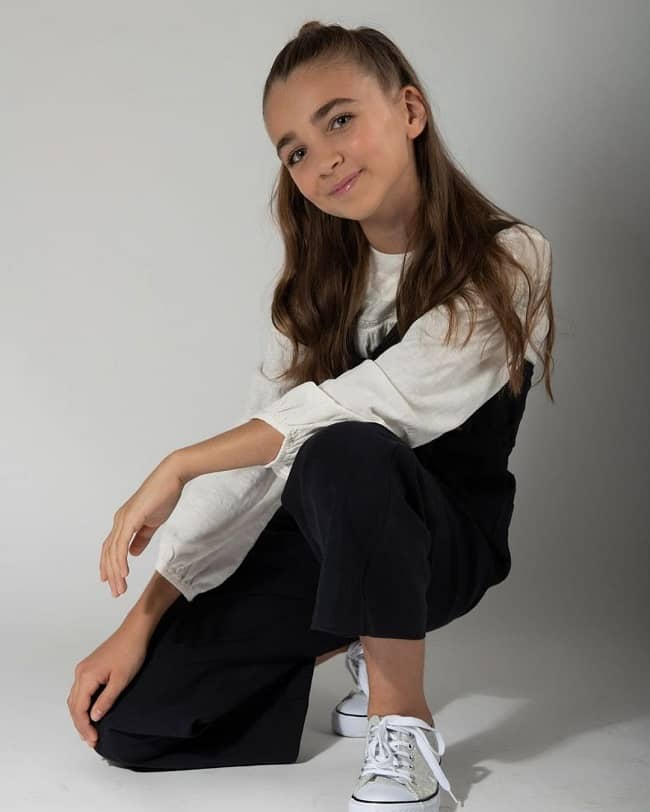