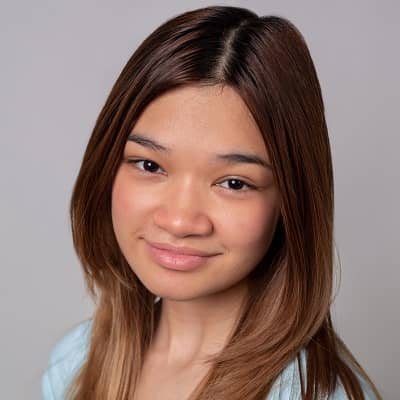 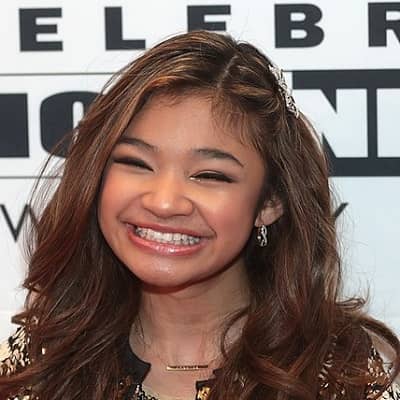 Angelica Hale is a well-known Filipino-American singer, actress, influencer, YouTuber, and social media personality. Moreover, Angelica Hale is best known for competing in the 12th season of America’s Got Talent and becoming the runner-up.

Angelica Hale was born on the 31st of July 2007, in Atlanta, Georgia, in the United States of America. As of now, she is 15 years old and holds Filipino-American nationality. She has a birth sign of Leo, believes in Christianity by religion, and belongs to mixed ethnicity.

Moreover, she is the daughter of James Hale (father) and Eva Bolando (mother). Professionally, her father is a businessman and her mother is a housemaker. Moreover, she grew up with her sister, Abigail and her sister is also a singer and also participated in America’s Got Talent.

Talking about her academic life, Angelica studied at a Local High School in Atlanta, Georgia, where she completed her primary education. Later, she did homeschooling to continue her education while pursuing her professional career.

Regarding her net worth, as a well know singer and actress, she has an estimated net worth of $1 million and she has not yet shared her salary and income.

Angelica Hale developed a passion for singing at a young age, engaging in singing lessons and competing in various singing competitions. She advanced past the audition stage on season 12 of America’s Got Talent in 2017 with her performance of Andra Day’s “Rise Up.”

Moreover, she received a golden buzzer from guest judge Chris Hardwick after singing Alicia Keys’ “Girl on Fire” in the Judge Cuts round. During the live performances, she sang “Clarity” by Zedd and Foxes in the Quarterfinals and “Without You” by David Guetta in the Semifinals. 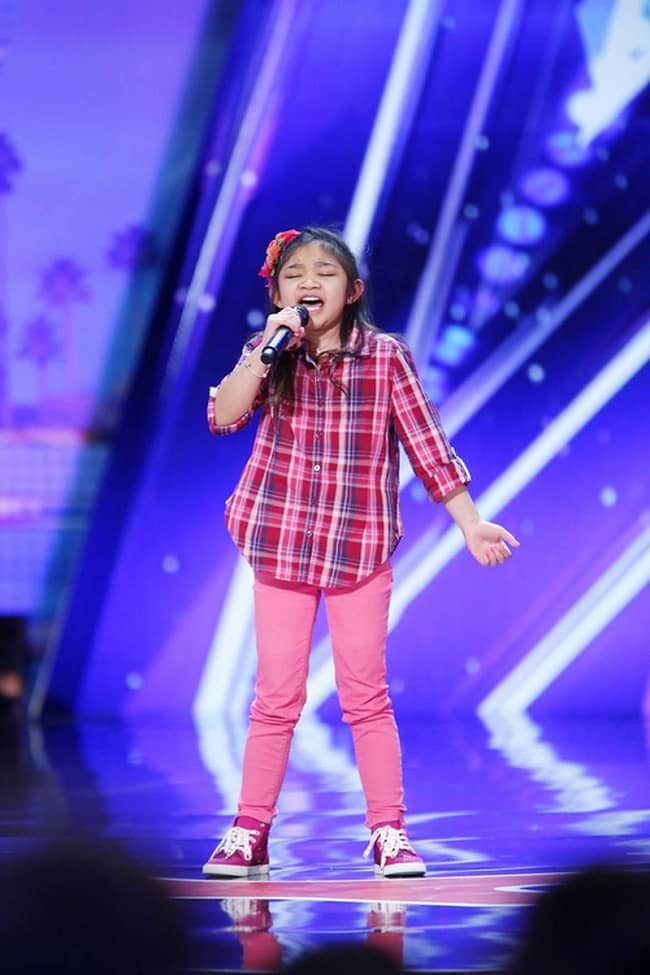 Caption: Angelica Hale in audition round of America’s Got Talent (Source: The National)

Hale advanced to the Top 10 finals, where she performed Clean Bandit’s “Symphony” and Zara Larsson’s “Symphony.” For the finale, she performed Kelly Clarkson’s “Stronger (What Does not Kill You)” with Clarkson and another competitor, Kechi Okwuchi, in episode 22.

In addition, she finished second in the competition after Darci Lynne, making her the show’s smallest runner-up ever. Moreover, she  did appear on America’s Got Talent: The Champions, where she received a golden buzzer from judge Howie Mandel for her performance of Rachel Platten’s “Fight Song.” She finished seventh out of a total of twelve participants.

Hale sang for a crowd of 7,000 people in Tuckahoe, New York, immediately after appearing on America’s Got Talent. She was the first-ever kid ambassador for the National Kidney Foundation. She performed alongside Darci Lynne, Light Balance, and Preacher Lawson at the AGT live concerts in Las Vegas from November 2-5.

Moreover, Hale also appeared in the 2017 NFL game between the Atlanta Falcons and the Dallas Cowboys at Mercedes-Benz Stadium in Atlanta. On December 11, 2017, she sang the national anthem for the Pittsburgh Steelers and Baltimore Ravens at Heinz Field.

Hale sang “Girl on Fire” at the 2017 Macy’s Thanksgiving Day Parade. In March 2018, she was featured on Little Big Shots and at Celebrity Fight Night with David Foster. On March 29, 2018, the Ottawa Senators of the National Hockey League invited her to perform the Star-Spangled Banner and O Canada at the start of a game against the Florida Panthers.

On October 8, 2018, she sang the National Anthem before Game 4 of the National League Division Series between the Atlanta Braves and the Los Angeles Dodgers in Atlanta. 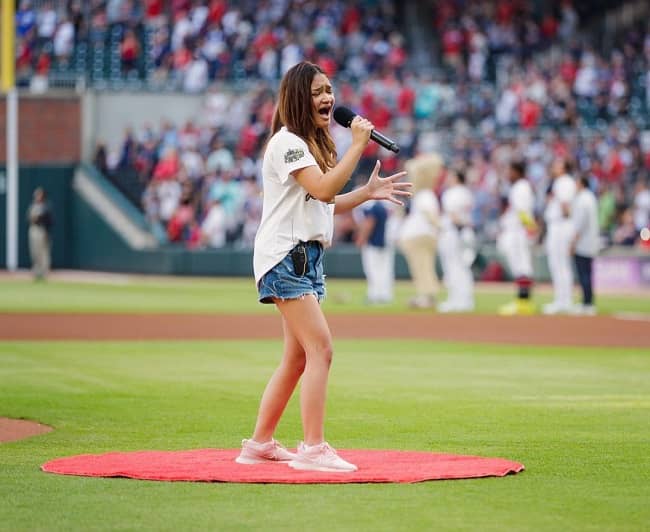 Caption: Angelica Hale singing the national anthem at the beginning of a baseball match (Source: Instagram)

Likewise, on December 16, 2018, she performed “Santa Claus is Coming to Town” from her Christmas album Christmas Wonder at the halftime show for the NFL Atlanta Falcons and Arizona Cardinals at Mercedes-Benz Stadium in Atlanta. In July 2019, she began vocal training with Tara Simon, a well-known voice teacher.

Her original songs and Acting career

Hale made her breakthrough with “Feel the Magic,” a pop song she wrote when she was eleven years old. The song’s music video was released on YouTube and Facebook in May of 2019. As a recording artist, she enjoys utilizing music to express herself and sing about her personal experiences.

Her first single was inspired by her personal experience. She started on a world tour with the Filipino boy band TNT Boys in April 2019. On July 4, 2019, she was featured live in a Capitol Fourth PBS special.

American Reject, Hale’s first film, was shot in New Orleans, Louisiana, over the summer of 2018 and was in 2019. She also played the title character in the 2019 animated series Maya Unstoppable. In the spring of 2018, she was selected as the national spokesman for the Sepsis Alliance’s “It’s About TIME” campaign, which promotes sepsis as a medical emergency.

Being a well-known singer and actress, this young kid has earned some awards and recognition in her career. In 2019, she earned the Gold Creator Award for Youtube Creator Reward. Similarly, she earned the 2020 Rising Star Award for the movie American Reject.

In 2021, she heard the Bronze Telly Award for General – Non-Broadcast and shared it with Ryan Shore, Elizabeth Russo, and Rupa Dash.

Talking about her relationship status, Hale is currently single and unmarried. She has no boyfriend at moment and is too young to be a part of such things.

When she was four years old, she got severe bacterial pneumonia, which led to septic shock, multiple organ failure, including kidney failure, and lifelong scarring on her right lung. She was medically induced into a coma and transferred from Children’s Healthcare of Atlanta Scottish Rite to Children’s Healthcare of Atlanta Egleston, where she was placed on ECMO life support.

Moreover, she was released from the hospital on April 24, 2012, after spending 12 days on ECMO and 80 days recovering. Hale received a life-saving kidney transplant from her mother on September 13, 2013, after being on dialysis for a year and a half.

Angelica stands 5 feet 3 inches tall and weighs around 53 kg. Moreover, she has brown hair with dark brown eyes color and other information regarding her other body stats is unknown. 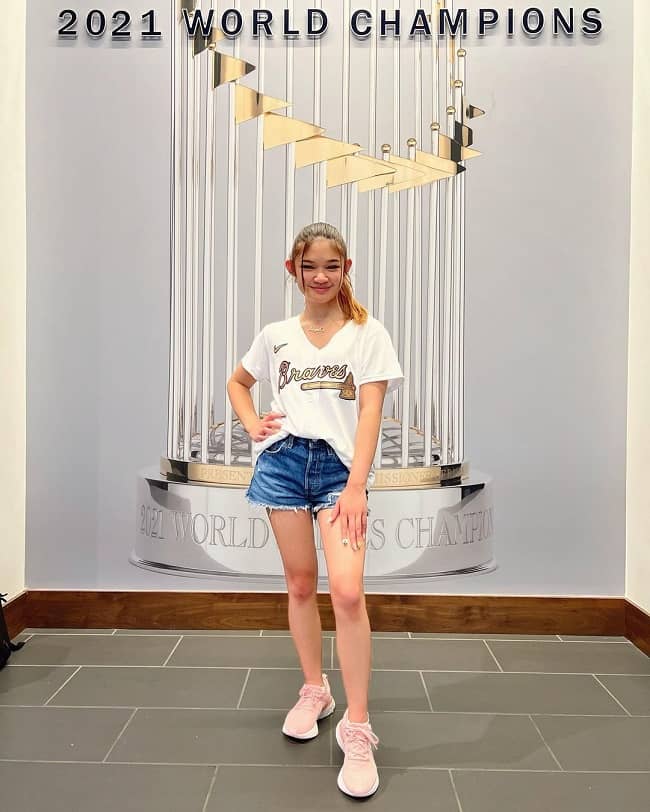