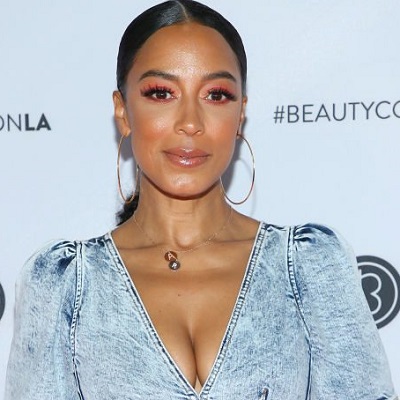 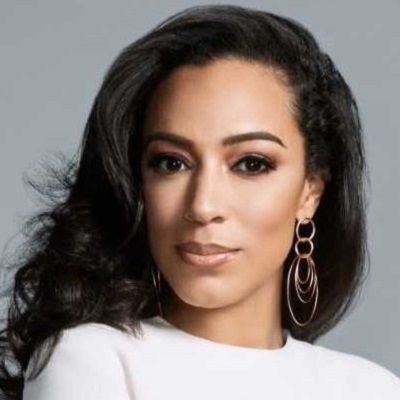 Angela Rye is a sassy political commentator on CNN and a political analyst with National Public Radio. Angela Rye is often called “Beyonce of CNN”. She is the Principal and CEO of IMPACT Strategies. It is an advocacy firm based in Washington, DC.

Angela Rye was born in Seattle, Washington, DC on October 26, 1979, and she is 42 years old now. Rye follows Christianity as her main religion. Her zodiac sign is Scorpio. Rye is multiracial and by nationality, she is an American. It is believed that she was named after Black Panther activist Angela Davis.

Her father Eddie Rye was born in 1940. He is an activist in the Seattle Community. Likewise, her father is also a small business consultant. Likewise, her mother’s name is Andrea Rye. Angela’s mother is a retired college administrator. Angela doesn’t have any siblings. Furthermore, Angela considers ‘Charlamagne Tha God’ her spiritual brother.

She has always been passionate about making a constructive and positive difference. Rye regards her mother as a source of inspiration. Likewise, Angela Davis and Maxine Waters influence her. Talented Rye attended Holy Names Academy. It is a Catholic private all-girls college preparatory school. Further, in 2002, she graduated with BA from the University of Washington. Angela earned a Juris Doctorate from Seattle University School of Law in 2005. 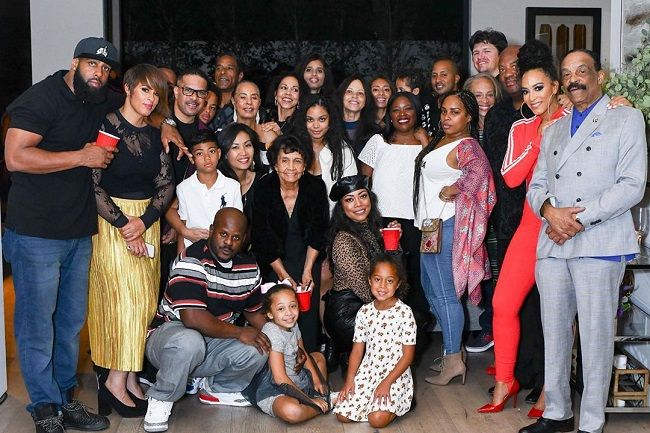 Professionally, Angela Rye is an American attorney and the Principal and CEO of IMPACT Strategies, a political advocacy firm in Washington, DC.

For the National Black Law Students Association, Rye had served as Western Regional Director. She was studying law at that time. Similarly, Angela worked at the District Office of Congressman Maxine Waters. Rye commenced her career in legislative advocacy at the National Association for Equal Opportunity in Higher Education. Precisely, she served as Coordinator of Advocacy and Legislative Affairs there.

Rye co-founded IMPACT in 2006. It is a non-profit organization that encourages young professionals mainly in economic empowerment, civic engagement, and political involvement. When Rye was in charge, IMPACT created a partnership with the National Bar Association. Likewise, the National Urban League is also in partnership with IMPACT. Since then, Angela is a part of the board of all those organizations. She also worked as the Senior Advisor and Counsel to the House Committee on Homeland security. Her work tenure was for four years, from 2007 to 2010.

Further, Rye has so far been featured as an influential politico, lawyer, and advocate by several publications and outlets such as Marie Claire, Ebony, and the Washington Post. She has a firm commitment to ensuring positive change in the political process.

Similarly, Angela is a prominent strategist and she has offered on-air commentary for several media outlets. Some media she has associated with includes BET, CNN, NBC, HBO, ABC, MSNBC, and TV One. Further, the depth of her dialogue expands to a variety of issues. It ranges from political campaigns to more complex legislation and administration policies. Her dialogue includes policies that have long-term implications on a national and international level.

Furthermore, he was the Executive Director of the Black Congress. In 2013, she founded IMPACT Strategies based in Washington, DC, and is also its Principal. It is an advocacy firm in the nation’s capital. Unfolding about her firm, it has a laser focus on solutions orientation. Also, it knows exactly what it takes to be successful in today’s political environment.

Likewise, in ‘The Seattle University School of Law Alumni’, she is serving on board. ‘Women in Entertainment Empowerment Network’ and ‘Wilberforce University’ are others to name a few in which she is serving as a board member.

Moreover, Rye is also a member of The Links, Incorporated, and the National Bar Association. Angela is on board of The American Bar Association and the Washington Government Relations Group. Furthermore, in Congressional Black Caucus, Rye is the Executive director and her role is to develop the overall legislative and political strategy for the Caucus. Angela is also General Counsel to CBC. 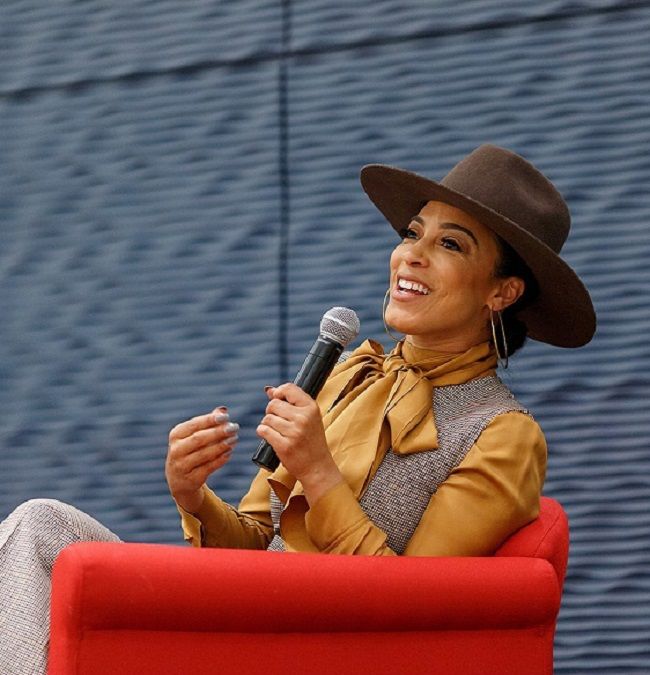 Caption: Angela Rye as commemoration speaker at the University of Illinois at Chicago, Source: Instagram

Angela Rye has been awarded a plethora of honors and awards. ‘Leader of the Year Award’, and the ‘2013 Howard University CDA Progressive Young Leader Award’, are the awards that show her efficiency in leadership. Furthermore, in 2015, she received the honor of ‘Fortune’s 40 Under 40 Women to Watch.

Moreover, her other notable awards include the ‘Seattle University African-American Alumni Award,  CDA Progressive Young Leader Award, and many others. Reflecting on her net worth, Angela Rye has multiple sources of income. IMPACT Strategies is her main source of income. She earns 200 thousand dollars annually from CNN and other channels like BET. As of now, her net worth has reached $2 million US dollars.

The political analyst, Angela was dating Common for two years. Common is an American rapper and songwriter. However, their relationship couldn’t work and ended after 2 years. They parted ways on good terms. Further, workaholic Rye is supposedly dating restauranteur and activist, Karim Webb. But their relationship status is unclear yet.

The news correspondent has an average weight of 54 kg. Talking more about her body measurements, Angela is of an average height of 5 feet and 9 inches. She has a slim build with body measurements of 34-25-35 inches. Angela has beautiful black curly hair. Likewise, her dark brown eyes make her gorgeous with her new hair and dressing style. 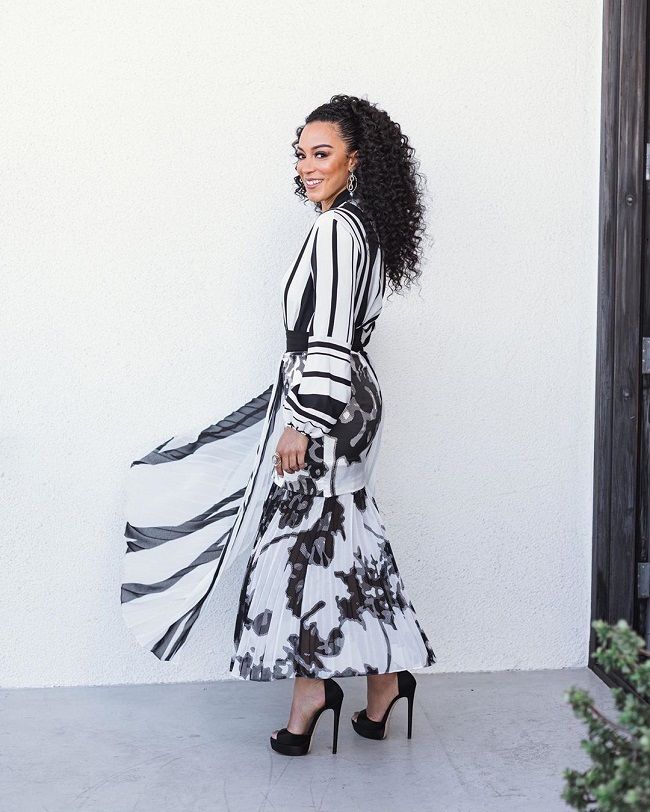 Angela has been using social media as a weapon to express her views in every aspect. Her Instagram account’s followers count up to 1.3 Million. Likewise, Rye has garnered 393.4K followers on Twitter with their username,@angela_rye. Similarly, her Facebook account has almost 490.1k followers. Her Facebook page has got more than 446k likes. Likewise, her youtube channel has 50.1k subscribers. Further, she joined Twitter in April 2009 and as of March 2020, her Instagram has 3202 posts.