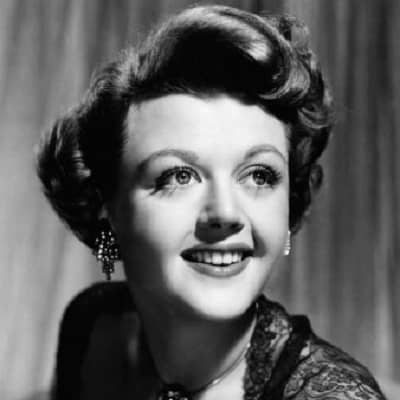 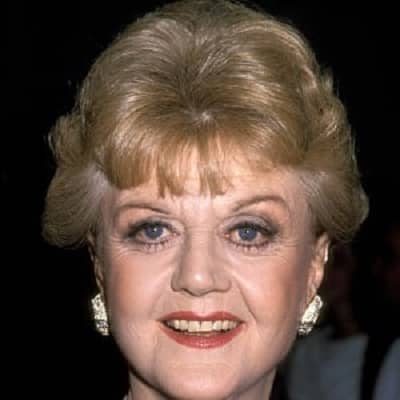 Angela Lansbury was an Irish-British and American actress who worked in film, theater, and television. Angela Lansbury’s career spanned eight decades, most of which she spent in the United States.

Angela Lansbury was born on October 16, 1925, in London, United Kingdom. Lansbury was a naturalized British, Irish, and American citizen and Christian by religion.

Similarly, her full name was Angela Brigid Lansbury and her birth sign was Libra. Lansbury was born in Central London to an upper-middle-class family, Moyna Macgill, a Belfast-born actress, was her mother (born Charlotte Lillian McIldowie).

Macgill performed in the West End regularly and appeared in several films. Lansbury’s father was a wealthy English timber merchant and politician Edgar Lansbury, a member of the Communist Party of Great Britain and former mayor of Poplar.

Lansbury had an older half-sister, Isolde, born of her mother Moyna’s previous marriage to writer and director Reginald Denham. In January 1930, when Angela was four, her mother gave birth to twin boys, Edgar and Bruce.

Talking about her educational background, Lansbury attended South Hampstead High School from 1934 until 1939. Similarly, in 1940, she enrolled at the Webber Douglas School of Singing and Dramatic Art in Kensington, West London, to study acting.

Lansbury moved to America in 1940 to avoid the Blitz and studied acting in New York City. She moved to Hollywood in 1942 and signed with MGM, where she landed her first film roles in Gaslight (1944), National Velvet (1944), and The Picture of Dorian Gray (1945), for which she was nominated for two Academy Awards and won a Golden Globe Award for Best Supporting Actress.

Moreover, she appeared in eleven more MGM films, mostly in supporting roles, and after her contract expired in 1952, she began to supplement her film work with stage appearances. Although she was primarily regarded as a B-list star during this time, her performance in The Manchurian Candidate (1962) received widespread acclaim and is widely regarded as one of her best.

It landed her a third Academy Award nomination as well as a Golden Globe nomination for Best Supporting Actress. Lansbury made her Broadway debut in 1964, performing in Stephen Sondheim’s Anyone Can Whistle.

Lansbury rose to prominence in Jerry Herman’s musical Mame (1966), where she won her first Tony Award for Best Actress in a Musical and established herself as a gay icon. 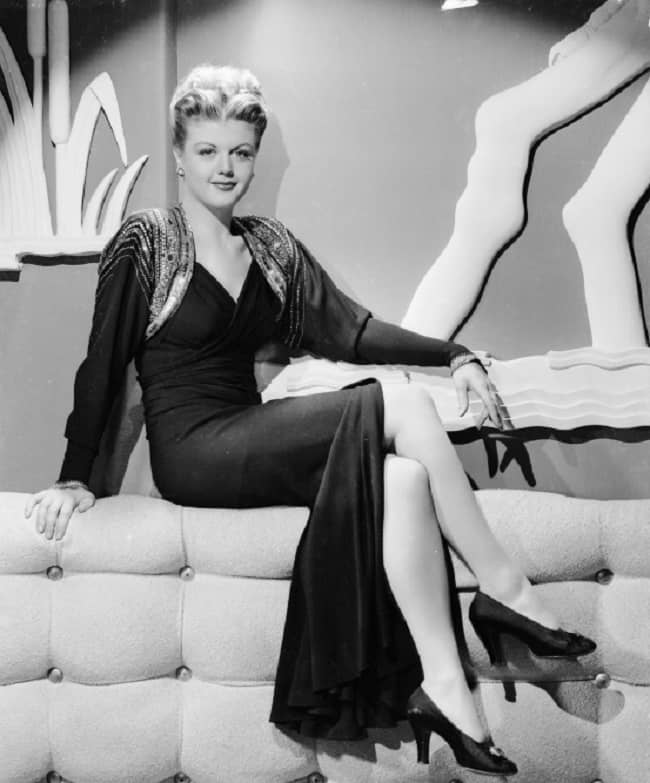 Caption: Angela Lansbury featuring in a movie. Source: Everything Zoomer

Furthermore, she won two more Tony Awards for her performances as Countess Aurelia in Dear World in 1969 and Rose in Gypsy in 1973, as well as a nomination for Anna in The King and I in 1978.

Lansbury achieved international acclaim for her portrayal of the fictional writer and sleuth Jessica Fletcher in the CBS whodunit series Murder, She Wrote (1984-1996), one of television’s longest-running and most popular detective series.

Lansbury acquired ownership of the series and served as executive producer during the final four seasons through Collymore Productions, a company she co-owned with her husband, Peter Shaw. She was also known for her roles in family films like Bedknobs and Broomsticks (1971), The Last Unicorn (1982), Beauty and the Beast (1991), and Anastasia (1993). (1997).

Lansbury was one of the last surviving stars from Hollywood’s Golden Age at her death. She won six Tony Awards (including a Lifetime Achievement Award), six Golden Globe Awards, a Laurence Olivier Award, and the Academy Honorary Award during her career in addition to nominations for eighteen Primetime Emmy Awards, three Academy Awards, and a Grammy Award.

Also, Lansbury was named Dame Commander of the Order of the British Empire by Queen Elizabeth II in 2014. 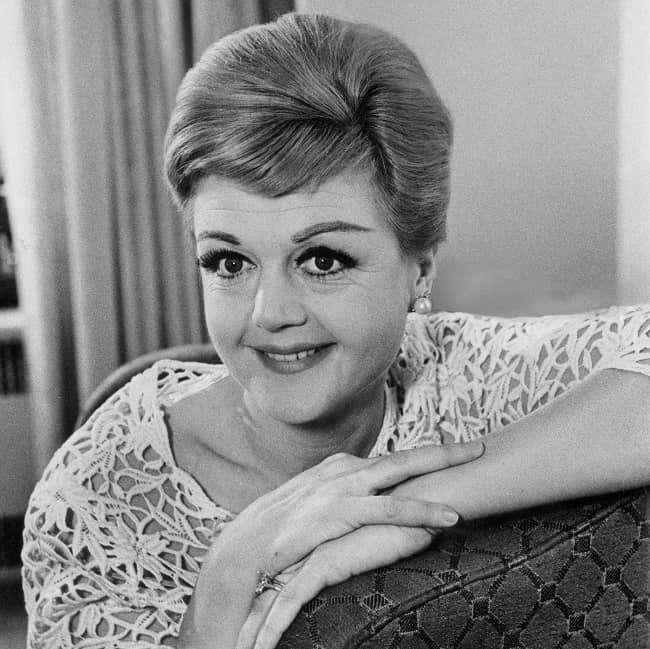 Lansbury was an Irish-British and American actress who earned a considerable income from her work. Lansbury’s estimated net worth was around $1 million. Also, Lansbury’s annual salary was $250k and her source of income was mainly her acting profession.

Lansbury married twice, the first time when she was nineteen and he was 35, to actor Richard Cromwell. They eloped and married in a small civil ceremony on September 27, 1945. They divorced in 1946 but remained close friends until he died in 1960.

Moreover, Lansbury married actor and producer Peter Shaw in 1949, and they were married for 54 years until his death in 2003. They had two children together, Anthony Peter (born 1952) and Deirdre Ann (born 1953), and Lansbury became the stepmother of Shaw’s first marriage’s son David.

Lansbury has responded to her controversial remarks about women “sometimes taking the blame” for sexual harassment, saying she is “heartbroken” by the backlash and interpretation of her remarks.

Talking about her height Lansbury was 5 Feet 8 inches tall and weighed 60kg. Similarly, Lansbury’s body measurement was 34-27-34 inches, her eye color was brown, and her hair color was black. Also, Lansbury’s dress size was 6 and her shoe size was 9(US). 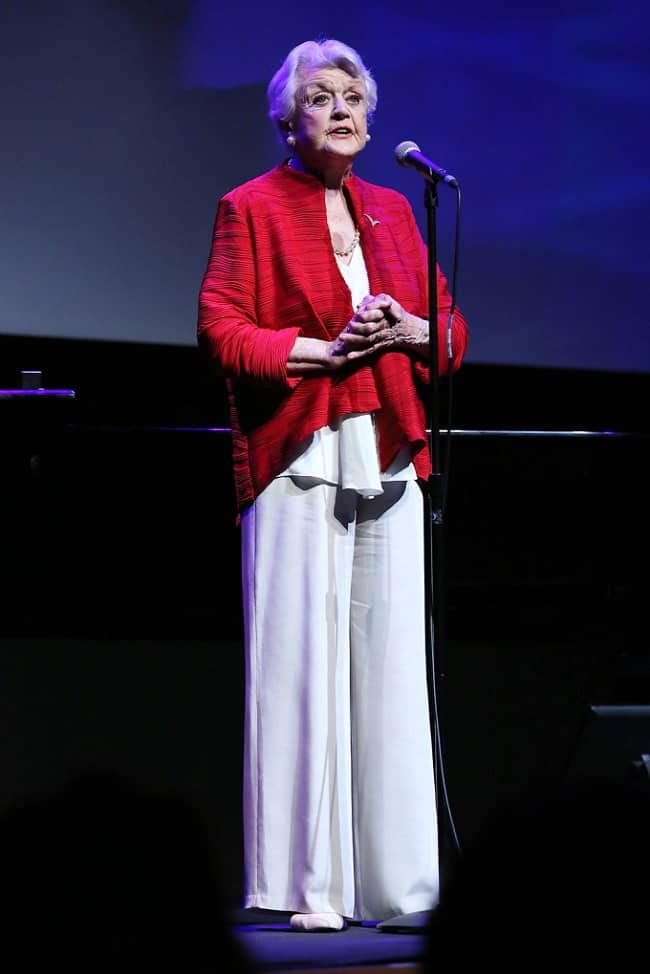 Lansbury was not active on social media. Lansbury liked to be present and keep her personal life private, hence she did not use social networking sites. However, there are some fan-made Lansbury profiles, some of which have been suspended.