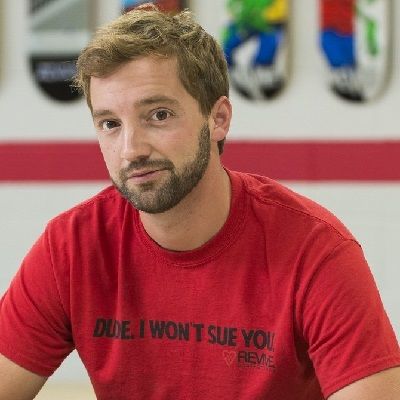 Andy Schrock is 36 years old as of 2020. He was born on January 19, 1984, in Cincinnati, Ohio at Christ Hospital. His birth sign is Capricorn. He was born to American parents. However, he has not disclosed about parent’s names as well as siblings.

Likewise, he holds American nationality and ethnicity is still unknown. Moving toward his educational background, there is no information regarding education and also might have get better educational facilities.

Talking about Andy Schrock’s professional life, he initiated his Youtube career. He posts videos focused on skateboarding, comedy, and his personal life to his self-titled YouTube channel. Likewise, he is a published author and the owner and operator of several skateboarding companies.

Similarly, he gained 1 million YouTube subscribers in July 2016. Further, he owns and operates ReVive Skateboards and FORCE Skateboard Wheels. One of his videos with his elder son “How To Play With Your Toddler 101: PlayGround!”  has earned over 60 million views. Besides that, he has also uploaded a video in September of 2014 called “2-Year-Old Skater Meets Tony Hawk!”

Most of his videos which crossed thousands of views include ‘We want Revenge 3: Spots Needed’, ‘How to 3 Flip (Or Die)’ ‘Hollywood High 16: Crazy Guy Harasses Skateboarders’, and ‘Public Pranks: Fast Food Idiot.’ These were the most-watched videos on his channel between 2009 and 2010. Similarly, he alongwith his friends came up with the ‘We Want ReVenge’ series of videos to highlight full-length skateboarding videos on YouTube in 2009.

Besides skateboarding, he also uploads the humorous side of pulling pranks and real-life experiences. He rose to prominence in his career when on August 19, 2011, he reached 20,000 subscribers and explained with the video ‘20,000 Subs! ReVenge! Girlfriend!?’. Finally, in July 2016, his channel had crossed more than one million subscribers. Further, he also started featuring his son Ryden since 2014 and posted video titled ‘How To Play With Your Toddler 101: PlayGround!’ published on April 30, 2015. The video had garnered 65 million views. 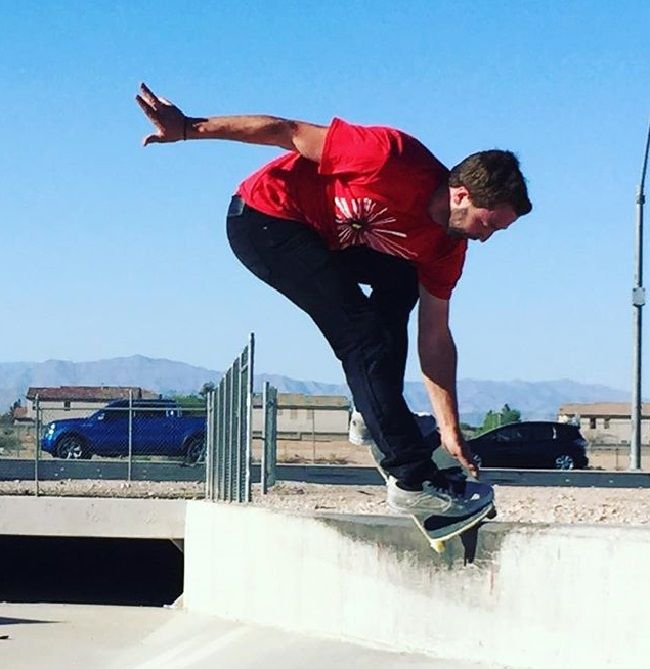 Some of his other notable videos on his channel include ‘Weirdo Dad Makes Toddler Crack Up’, ‘Toddler’s Breakfast Challenge’, ‘Father Son Basketball time’, ‘Dad Cakes 3 Year Old in the Face’, and ‘Father Son Play Time / Dog At The Skatepark!’.

Likewise, he is also the owner of two skateboard companies ‘ReVive Skateboards’ and ‘Force Wheels’. Further, he has been cast to play the lead role of Gibby on the coming-of-age TV series ‘Paved New World’, airing in 2018.

He has also been a member of the web group TurboToyTime.He also produced independent skate videos, skateboarded for some smaller sponsorships. But unfortunately, he has been unable to publish books he had written.

Andy Schrock has earned a decent sum of money through his professional life as a Youtuber. He is living a lavish lifestyle through his good source of income. His estimated net worth is around $10 million. 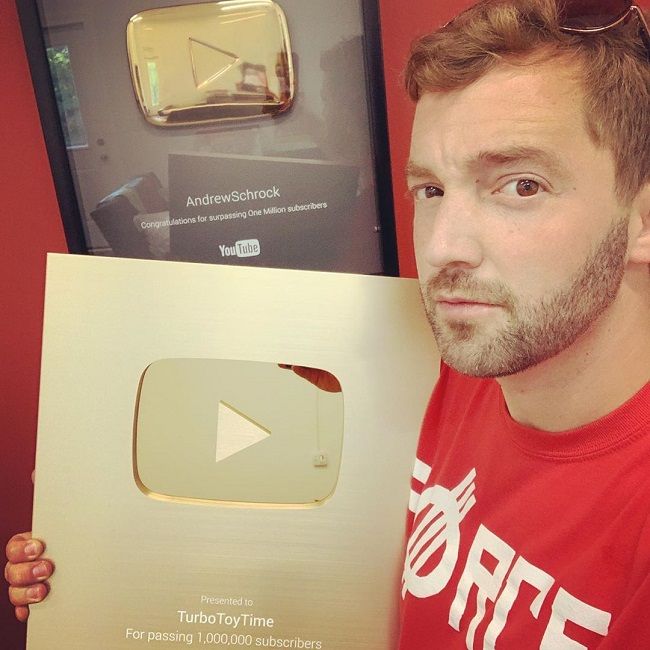 Reflecting on Andy Schrock’s relationship status, he is a married man. However, he has not mentioned his wife’s name. But he keeps on cute pictures with his wife on social media sites. The couple seems very happy with each other and there is no sign of divorce any time soon.

Likewise, he is blessed with two cute sons Ryden and Syris. He also keeps on posting videos with his son on Youtube as well as pictures on social media profiles. Furthermore, he has not involved himself in any kind of controversial act and maintained a good profile. 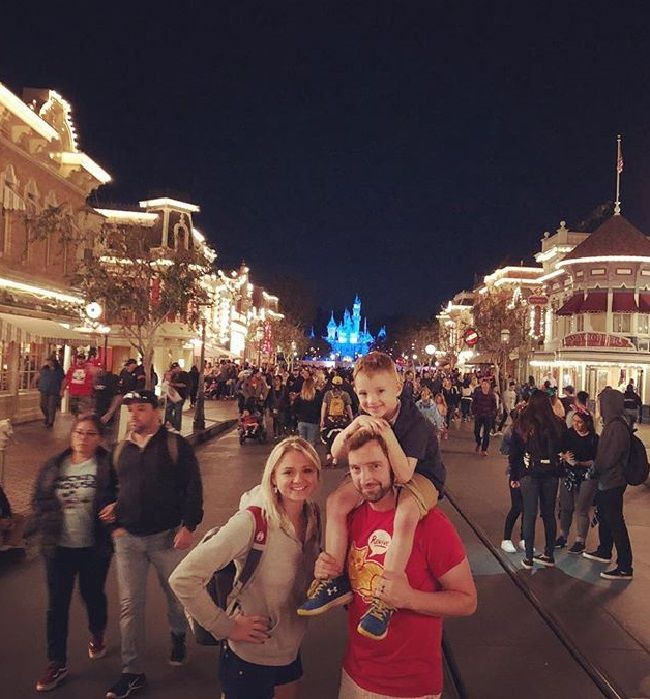 Handsome Andy Schrock has a good personality with a fit body. He has average height with a healthy body weight. Likewise, he has blonde hair color and dark brown eye color.