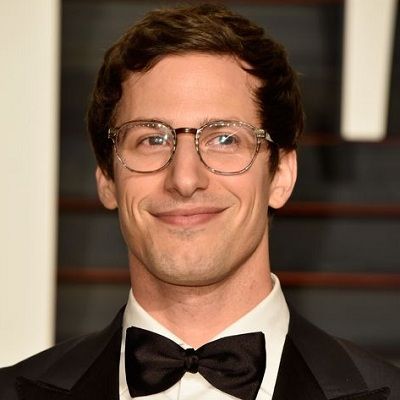 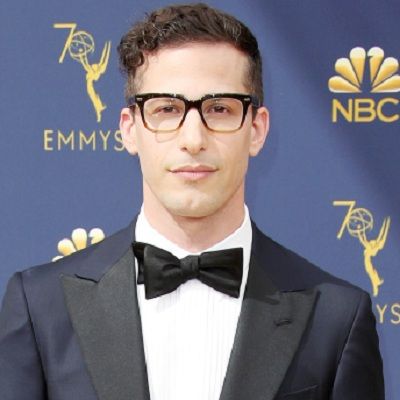 Andy Samberg is an American actor, filmmaker, comedian, and musician. He and a former star of ‘Saturday Night Live.’ His comedy troupe, ‘The Lonely Island,’ is known for its humorous digital shorts.

Andy married pop classicist musician, Joanna Newsom, on September 21, 2013, in Big Sur, California, after five years of dating and seven months of engagement. The couple first met during the concerts of ‘Joanna.’

They currently live in the Beachwood Canyon area of Los Angeles, California, where they bought the Moorcrest estate in March 2014. They announced the birth of their daughter in August 2017. 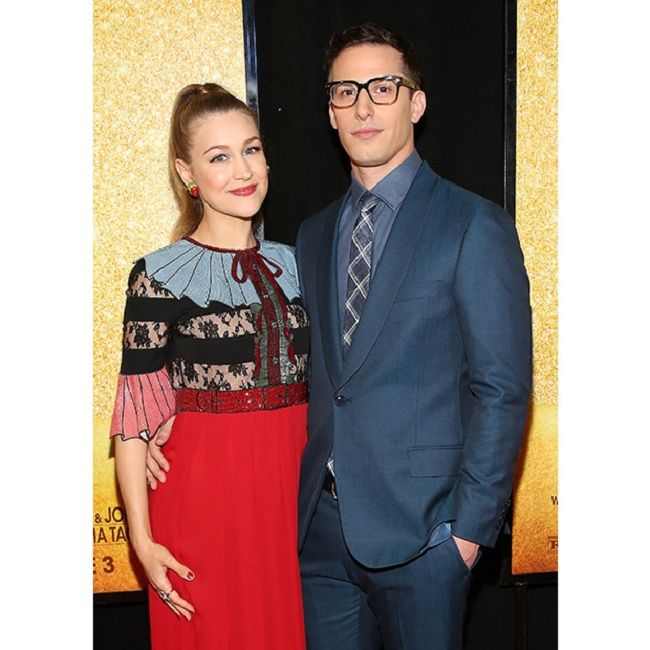 Andy Samberg was born Andrew David Samberg on August 18, 1978, in Berkeley, California to Marjorie and Joe Samberg. He is 44 years old with shaggy dark brown colored hair. He was born under the Leo birth sign. Andy’s mother is a primary school teacher and his father is a Photographer. Johanna and Darrow are his sisters.

He met his friends; Jorma Taccone and Akiva Schaffer, at Willard Junior High School. Therefore, they joined Berkeley high school, where they graduated in 1996.

Moving toward Andy’s educational background, he joined an elementary school with his future Brooklyn Nine-Nine co-star Chelsea Peretti. He graduated from Berkeley High School in 1996.

He attended college at the University of California, Santa Cruz for two years as a film student before transferring to New York University’s Tisch School of the Arts, where he graduated in 2000.

The Lonely Island’s growth helped them bag the movie ‘Hot Rod’ in 2007. Likely, he went on to appear in many feature films in the following years.

He got a starring role in FOX’s police broadcast ‘Brooklyn Nine-Nine’ in September 2013. The series is presently running for four successive seasons.

In 2015, he made an appearance in the hilarious HBO mockumentary 7 Days in Hell. He portrayed the role of a flamboyant tennis player caught up in the longest match in history. In the same year, he also hosted the 67th Annual Emmy Awards telecast. Also, in 2016 he ao-starred in Lonely Island buds with Schaffer and Taccone. In 2016, he starred in the comedy Popstar: Never Stop Never Stopping.

Likewise, he voiced in the animated Hotel Transylvania film franchise in 2012, 2015, and 2018. In between that, he also voiced the animated comedy Storks (2016). Besides that, he played on the small screen, albeit in Britain, in the comedy Cuckoo in 2012. 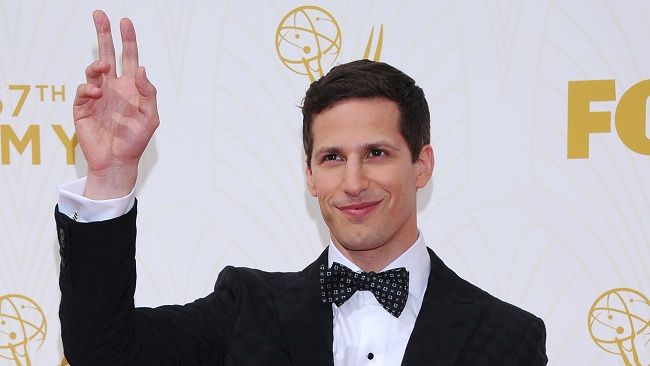 In September 2005, Andy Samberg made an appearance on Saturday Night Live as a featured player along with Schaffer and Taccone. Although his roles were limited to a sketch in the first year, he also appeared in various prerecorded sketches including commercial parodies and many other filmed segments.

On December 17, 2005, he played a role with Chris Parnell in the Digital Short show “Lazy Sunday.” The show was about a hip-hop song with a quest to see the film The Chronicles of Narnia: The Lion, the Witch, and the Wardrobe. It became widely popular in a very short time and became an Internet phenomenon. He also garnered significant media and public attention. Samberg started achieving an astonishing level of mainstream success with his absurdist and sometimes with his vulgar brand of humor.

He received a Grammy nomination for Best Rap/Song Collaboration for the song “I’m on a Boat” in 2010. The Lonely Island’s “Incredibad” was the 8th highest-selling Hip Hop album of 2009 in the United States of America. He got his first award in 2007 for his comic duet with Justin Timberlake in the parody song ‘Dick in a Box.

He was nominated for BBC Three series in 2012 where he played Cuckoo in the BAFTA and won the Golden Globe Award for Best Actor -Television series Musical or Comedy in 2014. Furthermore, he hosted the 67th Primetime Emmy Awards on September 20, 2015. He also won a Creative Arts Emmy for Outstanding Music and Lyrics. The song “I’m on a Boat” was nominated for Grammy Award on February 7, 2009. Likewise, in the Poppy Awards, he won the title of Outstanding Lead Actor in a Comedy Series in 2016. 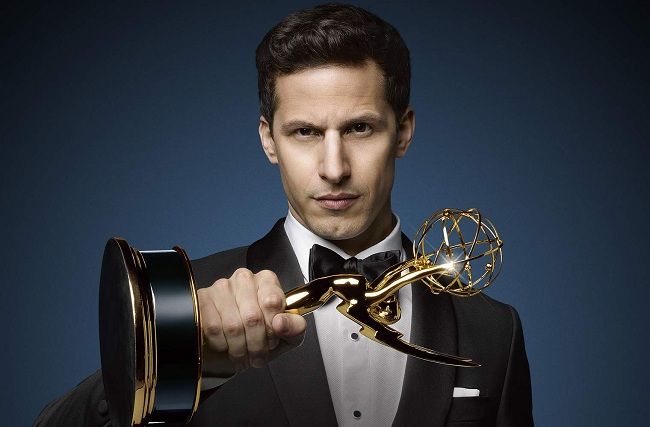 Andy Samberg is an American actor, comedian, and writer who has earned $16 million net worth. He has a salary of $125 thousand per Episode. Currently, he along with his wife lives lavishly in Moorcrest. This house is in Beachwood Canyon, Los Angeles, California, United States.

Andy is 5 feet 10 inches. He has shaggy hair and a big wild smile. His chest size is 41 in or 104 cm, his Arms/ Biceps is 15 in or 38 cm and his Waist is 34 in or 86 cm. His eye color is light brown. He is genetically thin, but he keeps to a diet from time to time for losing some pounds. He is a positive person and it is the main secret to his great shape.