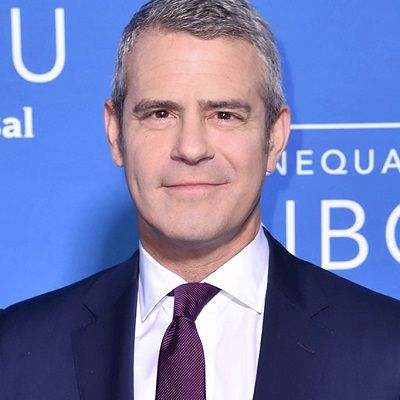 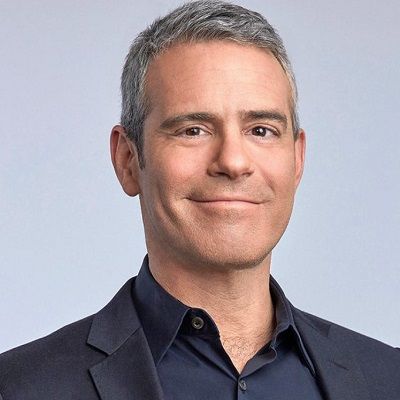 Andy Cohen is an American radio and television talk show host, producer, as well as writer. Andy Cohen is the host and executive producer of Bravo’s late-night talk show, Watch What Happens Live with Andy Cohen.

Is Andy Cohen a COVID-19 patient?

Yes,  Andy Cohen is a COVID-19 patient and was diagnosed with COVID-19 on March 21, 2020. He is among a growing number of celebrities battling the virus. He has opened up about the hardest part of fighting coronavirus. Likewise, he confirmed he had caught the illness via social media on Friday.

In an episode of SiriusXM’s Jeff Lewis Live, the late-night television host Cohen shared how painful and hard it has been to quarantine from his 1-year-old son, Benjamin. He feels the worst in the entire thing leaving his toddler. However, he feels grateful that his son and nanny tested negative.

Discoursing about his terrible coronavirus symptoms, he shared that he thinks he is on day six of the illness. He was fine but after 10 minutes he feels horrible and it was painful. Some of his symptoms are like losing his sense of smell and also his appetite. But he stated he has been forcing himself to eat soup. He joked that there is one silver lining to the virus — his new, lean body.

Further, he is also in touch with his fans through social media handles. He also has told that he is getting better every day and will be surely recovering soon. Before testing positive results, he had announced that Watch What Happens Live would start broadcasting again from his New York City apartment with some of the guest appearance. But currently, he is still recording his SiriusXM radio show from home.

Andy Cohen is 51 years old as of 2020. He was born on June 2, 1968, in St. Louis, the United States. His mother’s name is Evelyn and father’s name is Lou Cohen. He has a sister named Emily Rosenfeld who is a jewelry designer.

Likewise, he belongs to the American nationality and ethnicity of Jewish. At a very young age, he formed the habit of using a hairbrush as a pretend microphone.

Moving toward his educational background, he graduated from Clayton High School in 1986. He also attended Camp Nebagamon for Boys in Lake Nebagamon, Wisconsin as a child. He graduated from Boston University, where he received a Bachelor of Science degree in broadcast journalism.

Likewise, he wrote for the Boston University student newspaper, The Daily Free Press. Later he interned at CBS News beside Julie Chen, who was also working as an intern.

Talking about Andy Cohen’s professional life, he initiated his career as an intern at CBS News. He worked at CBS for 10 years and became a producer on the morning show and also the prime-time news magazine 48 Hours. In 2000, he worked in program development at Trio, a cable network owned by NBCUniversal. In 2004, he started working on Bravo (also owned by NBCUniversal) as vice president of original programming. He did not renounce his supervision role at Bravo until 2014, even though his profession as an on-camera personality on the network was then well underway.

In addition, he has also hosted several shows like Today and Morning Joe and Live! with Kelly and The View. He has even made guest appearances on other talk shows as well. He has made several guest appearances on television shows portraying himself, such as The Comeback and Saturday Night Live.

In 2018, he played himself on the show like Riverdale as a friend of the Lodge family. He has also made a March 2018 appearance as a guest judge in an episode of the VH1 reality-television series RuPaul’s Drag Race. In December 2018, he has co-hosted again in CNN’s New Year’s Eve coverage with Anderson Cooper.

Besides Bravo, he has been busy extending his media track. He has also his own channel on Sirius XM radio named Radio Andy, and his own book indentation, Andy Cohen Books, with Henry Holt & Co.

Cohen has written three books and all of the books deal with his career as a celebrity interviewer and pop culture personality. The name of his books are Most Talkative: Stories from the Front Lines of Pop Culture (2012), The Andy Cohen Diaries: A Deep Look At a Shallow Year (2014), Superficial: More Adventures and Andy Cohen Diaries (2016).

Similarly, Andy Cohen has also traveled the country with his friend and CNN news anchor Anderson Cooper in the traveling show AC2: An Intimate Evening with Anderson Cooper & Andy Cohen. In this show, they talk about various topics before live audiences. Both of them teamed up for CNN’s annual New Year’s Eve coverage since 2017-18 special. 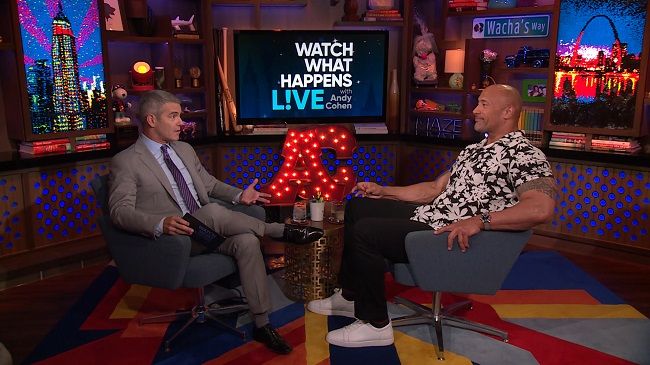 In his 2012 autobiography Most Talkative as well as in his interviews, he said that he grew up with a keen interest in TV and celebrities. On of the show also talked about Cohen’s early life — the ABC soap All My Children.

Likewise, his love of the soap accompanied him to his first celebrity interview subject, Susan Lucci. He urged to agree to an interview with him in New York in December 1987 while he was a journalism student at Boston University.

The late-night talk show host Andy Cohen has received several awards for his hard work and dedication toward his work alongside the talent. Since 2014, he has been winning many awards. In 2004, he won Peabody Award, 2004, as executive producer of the Trio documentary The N-Word and in 2007 Multichannel News’ “40 Under 40” broadcasting executives.

Furthermore, he has won Emmy Award of Outstanding Competitive Reality Series as Executive Producer of Top Chef, 25 Best Dressed Men of the Year in 2012,
one of Broadcasting & Cable’s “Digital All-Stars” and so on. From 2012 to 2016, he got listed in Out magazine’s list of Most Powerful Gay People. Similarly, he received the Vito Russo Award at the 30th GLAAD Media Awards in 2019.

Speaking on Andy Cohen’s net worth, he is an American radio and television talk show host, producer, and writer who has earned a decent sum of money through his work. His estimated net worth is around $50 million dollars. He lives in a West Village duplex which is a combination of three apartments, located in a seventeen story co-op built circa 1931. Likewise, he is living a lavish and healthy lifestyle along with his son.

Reflecting on Andy Cohen’s relationship status, he is gay and single. Likewise, he is the first openly gay host of an American late-night talk show. He has not married yet and has a kid.

He welcomed a baby boy, Benjamin Allen, via surrogate on February 4, 2019. In December 2018, the host stated that he would become a father in 2019 with the help of a surrogate. Her baby boy was declared “Cutest Baby Alive” by People magazine in November 2019.

Likewise, he posted a photo with his son captioning “WOW! This is my son, Benjamin Allen Cohen,” Cohen wrote in the caption. “He is 9 lbs 2 ounces!! 20 inches!! Born at 6:35 pm, PT. He is named after my grandfather Ben Allen. I’m in love and speechless. And eternally grateful to an incredible surrogate. And I’m a dad. Wow.” He was so excited to welcome his baby boy. 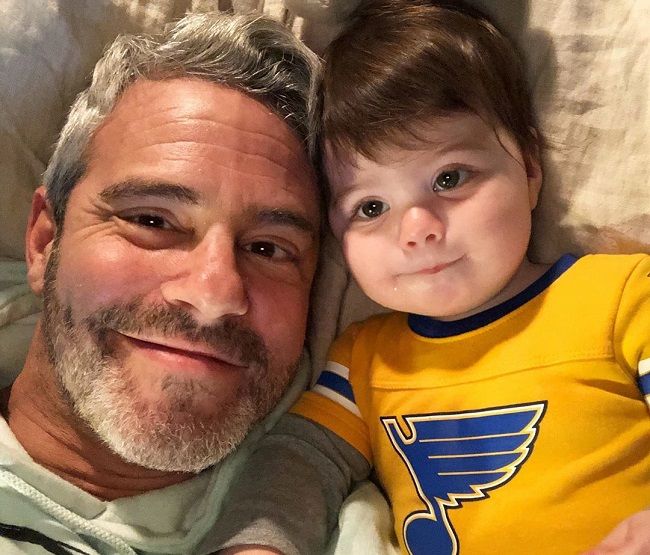 Talking about his past relationship, he has dated a guy. He is Harvard University graduate student Clifton Dassuncao. However, they broke up with his boyfriend in March 2018 and was back on the dating market. They began dating each other in 2015.

Similarly, she was rumored to be dating former Ice Hockey player Sean Avery. However, the cause of these rumors was their close friendship and the fact that they were found hanging out together far too often.

Andy Cohen has a good personality with fit body physiques. He has a good height that stands 5 feet 7 inches and weighs around 78 kg. Likewise, he has a pair of dark brown eyes and black hair color. However, his hair has turned ash color due to aging. 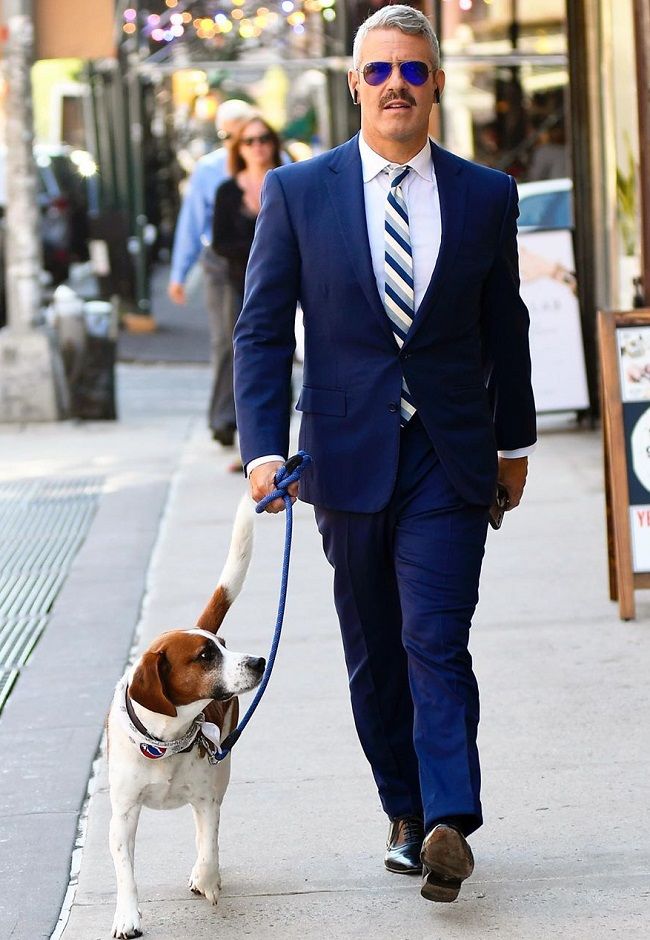