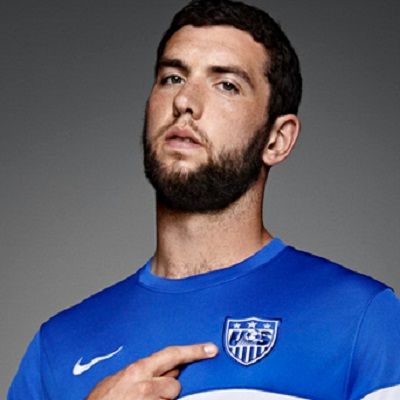 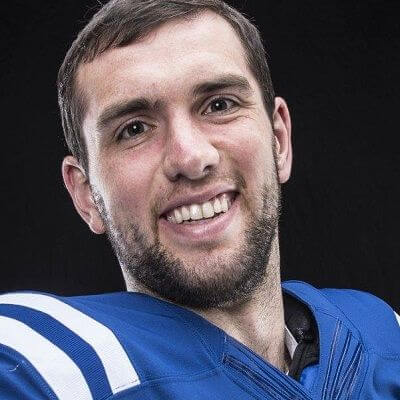 Andrew Luck is an American professional footballer. Andrew Luck debuted as a quarterback for the Indianapolis Colts in the National football league. Luck retired from NFL in the year 2019.

Andrew was born in Washington DC, US, to a superstar quarterback father, Oliver Luck, and mother Kathy Wilson Luck. He was born on September 12, 1989. He recently turned 31 years old.

He spent most of his childhood in England and in Germany as his father, Oliver, worked in London and Frankfurt as the general manager of two ‘World league of American football’ teams. Furthermore, Luck’s family also constitutes three of his younger siblings: Mary Ellen, Emily, and Addison.

Luck completed his high school at Stratford High School (2008), where he also played ‘Pop Warner’ football. He ranked as the 5th best prospect in Texas and as top 50 high school players nationwide.

Andrew did his college degree from Stanford University. He graduated with a BA degree in architecture design in June 2012.  He aced at both sports and academics. He was honored with the ‘AI Masters award’ for his performance in the university.

Luck played under the coaching of  Coach Harbaugh’s and Coach David Shaw’s at ‘Stanford Cardinal football team from 2008-2011. He was redshirted in 2008 but was however he got to rejoin the team as a quarterback next year.

He assisted his team to win matches against other high-ranking teams and even helped to secure a berth in the 2009 Sun Bowl. In 2010, he earned the title “Orange Bowl Most Valuable Player’ as his team won 40-12 over Virginia Tech. Likewise, he along with his team got ‘All-Pac-10 First Team’ and became the ‘Pac-10 Offensive Player of the Year’.

In 2011, Stanford’s rank was boosted to number 7 thanks to Luck, it secured a berth in the ‘Fiesta Bowl’. He received ‘Heisman Trophy’ runner-up for two years straight. Likewise, Luck was awarded the ‘Maxwell Award’ and the ‘Walter Camp Player of the Year Award’ and many more.

Luck was selected as first overall by the ‘Indianapolis Colts’. In the 2012 season, he scored the highest number of wins ever by a rookie in the history of the NFL. However, in 2014, his team fell back by 28 points.

Furthermore, he leads his team towards the division title, where he also achieved his third Pro Bowl berth. He broke NFL records for the highest no. of touchdowns and passing in a single season.

In 2015, Luck missed the first two games due to his shoulder injury. He then returned back to the field in 2016 and earned AFC Offensive Player of the Week as soon as he came back.

Furthermore, On August 24, 2019, he announced his retirement at the age of 29. He cited injuries to be his primary reason. 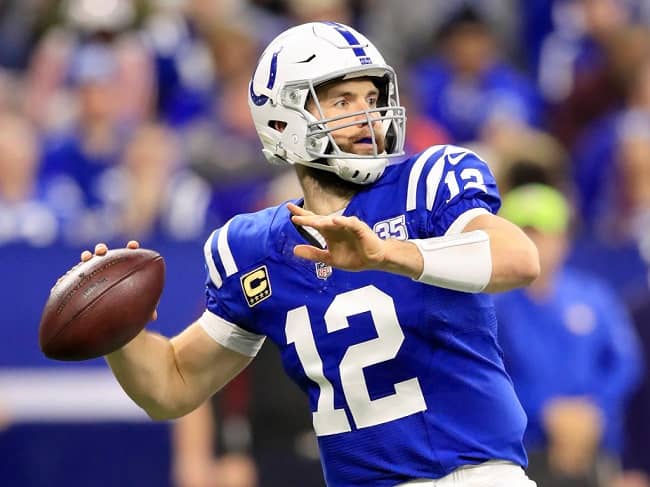 Throughout his career, Luck has been honored with several awards such as:

Andrew Luck had an annual salary of about $24 million at the peak of his career. His net worth is around $40 million.

Yes! Ladies,  Mr. Andrew Luck is a married man. He met his wife, Pechanae, at Stanford. He and Pechanae got married in March 2019 in the Czech Republic.

Pechanae is also an athlete, she specifically does gymnastics. She took part in the World Games and European Championships. However, She now works as a field producer for NBC and ESPN.

Furthermore, they also have had a beautiful daughter. However, they have kept their daughter a secret from the media.

Andrew Luck is a 30 years old American, with a height of 6 feet 4 inches. Furthermore, he has a white skin tone and brown hair color, and an athletic wide body that weighs 108 kg.

He does not have his own Instagram or Twitter account but however, his fans and followers have opened up several fan pages under his name. However, the only official social media under his name is the official Facebook page.