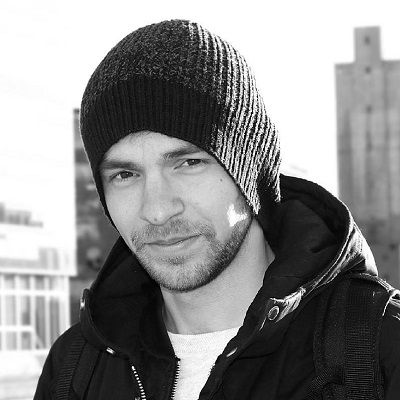 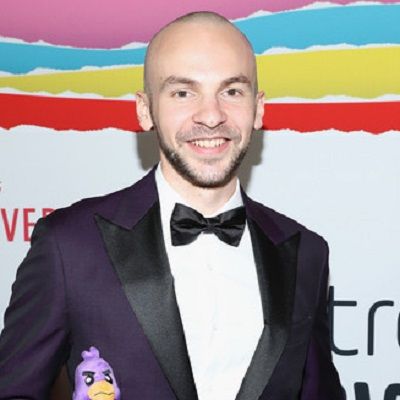 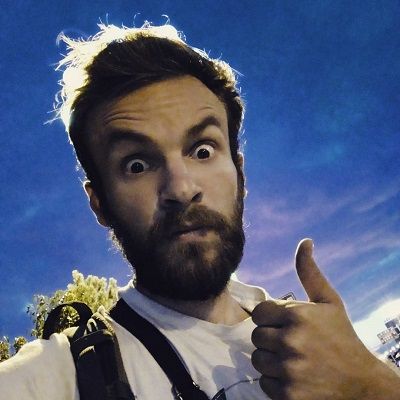 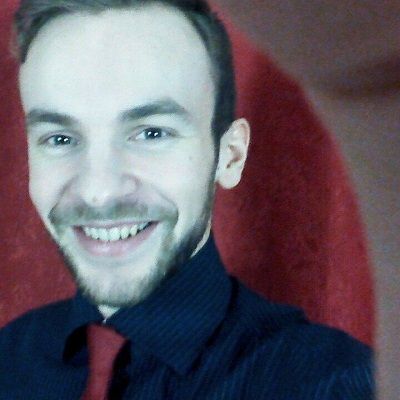 Andrei Terbea is a Romanian YouTuber, artist, and animator that does a lot of work for Smosh Animated. Andrei Terbea has created most of the videos for the series as of so far and he also makes comedy videos on his channel.

Andrei Terbea was born in Romania, on February 20, 1992. As of 2020, he turns 28 years old. His zodiac sign is Pisces and is Romanian by nationality. Nothing more is known about Andrei Education Background & Childhood. Furthermore, he has not given any information related to his educational background. However, as given his achievement, he seems to be well-educated. 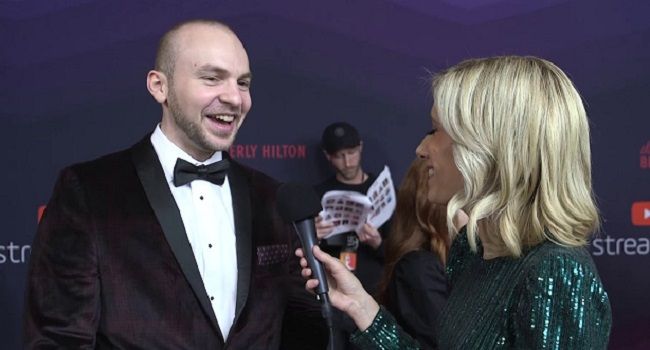 Caption: Andrei Terbea being interviewed in the Streamy Awards 2019.

Andrei has gained recognition for the Filthy Frank Lore ANIMATED! and Why I Turned Down Working With KYLIE JENNER videos. However, the video that made his channel blow up, and it has already become the most popular video on his channel. It is entitled How KSI Saved Logan Paul’s Career, a highly controversial video and has earned over 18 million views.

Every video of his is interesting and keeps the viewers engaged till the end. However, is dedication and talent in this field have been vocal to lots of struggling animators who are often underestimated. Andrei Terbea is a Romanian YouTuber who is best-known for uploading videos about comments and opinions on trending and delicate subject delivered by spot-on animations in his channel.

Some of his most popular videos have included “Why I Turned Down Working With KYLIE JENNER” and “How I Stole LOGAN PAUL’s Fans With One Single Video!”

Terbea’s video, “How KSI Saved Logan Paul’s Career” became controversial after the reaction from Logan Paul fans. Further, he has expressed his dislike for the Paul brothers, even stating that he hates them. This garnered over 81K dislikes on the video with negative comments and even death threats from the fans of both Paul brothers.

Wilfur is Andrei’s friend and ‘sidekick’ and is represented as a purple goose, who often argues and interrupts Andrei in the middle of his videos. However, he is often seen saying “Mak” and is featured alongside Andrei waving his arms/wings in the outro.

Furthermore, Wilfur and Andrei, both often work together as ‘detectives’, and this imagery can be seen on videos such has KSI vs LOGAN PAUL: A Very Convenient Draw, Why The SHREK/Minions Crossover is a Bad Idea!, and so on. Moreover, he also owns a real-life Wilfur plushie, which he brought to the Streamys, and can also be seen often on Andrei’s Instagram. Wilfur also has his own Instagram (@wilfur) and Twitter accounts (@WilfurTheGoose).

Wilfur was shot on December 8, 2018, on Why T-SERIES Is Good For YouTube by Scooby-Doo whilst he was trying to escape the dungeon along with Haytor and Vintage Mickey Mouse as a part of an on-going side story series at the end of his videos which would later be titled “The Wilfur Saga”.

Moreover, on November 20, 2018, on “Why The SHREK/Minions Crossover is a Bad Idea!”, Wilfur was later replaced in the following video as a gravestone in the outro, reading, “R.i.P Wilfur 2014–2018.” Wilfur was later revived in the finale, titled, The Christmas Finale, in the power of all the other Wilfurs across the globe, as tribute to everyone who purchased Wilfur plushies. It began to start punching Andrei as soon as he was brought back to life, before enjoying a wholesome Christmas together.

The PewDiePie vs T-Series Saga

Andrei animated a video called “The Other Side Of The War On T-Series” the video is all about what will happen if T-Series won and everyone does their part, including Andrei to stop T-Series. And he making his fans and subscribers to subscribe to PewDiePie so they will defend him against T-series. All the way to Why PewDiePie reached 100 million Play button.

Andrei formed a majority of the videos for the series Smosh Animated. He and iDubbzTV once collaborated on Andrei’s YouTube channel. Moreover, Andrei was nominated for “Creator of Year” and “Animator” for the 8th Streamy Awards but lost to Shane Dawson and storybooth respectively. Further, Andrei won ‘The Streamys Premiere Awards 2019’. 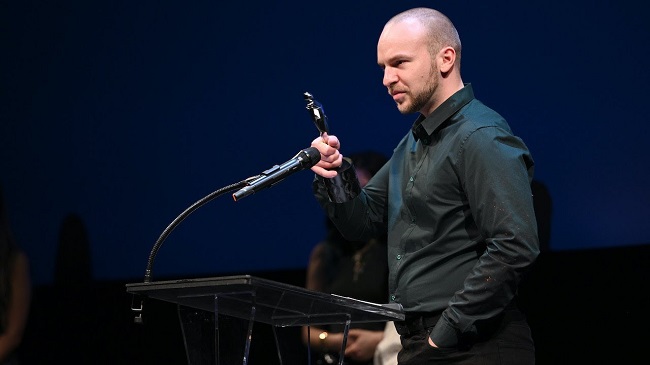 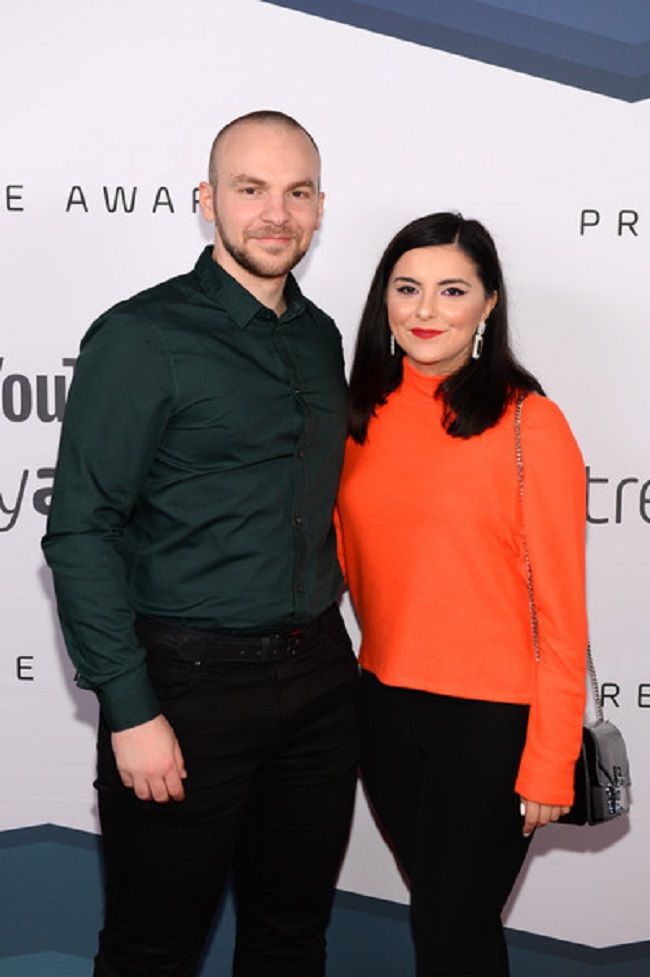 Caption: Andrei posing for a photo with a beautiful girl in The Streamy Awards 2019. Source: Zimbio

Andrei has brown eyes and it seems like he is bald currently. However, he doesn’t often reveal his face on his YouTube videos as well as in any other social media accounts. Moreover, he has not revealed any details regarding his body measurements like height, weight, chest-waist-hip, shoe size, dress size, etc.

He is quite famous on Instagram with more than 135K followers. Andrei has over 21.7K followers on Twitter. Likewise, he is also available on Facebook with more than 4K followers. His ‘Andrei Terbea’ YouTube channel has earned over 2.5 million subscribers. He is also active on his Twitch account.

Talking about his net worth and earnings, he might earn a pocketful of money. His income also comes from his YouTube ads appearing on his videos. However, he has a net worth of $792K dollars as of February 2020.