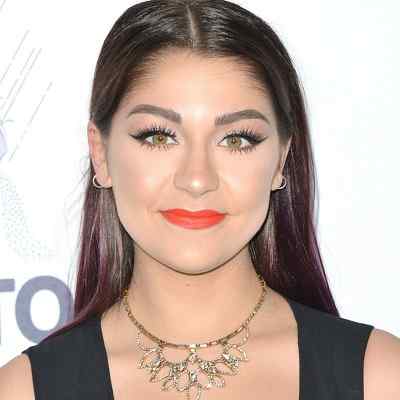 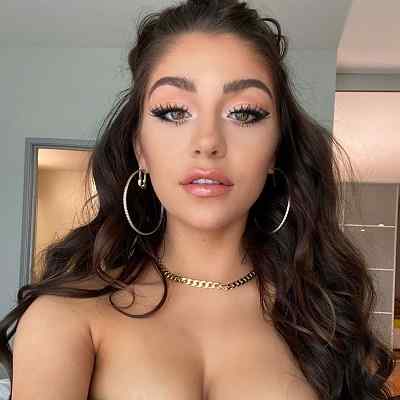 Andrea Russett is 27 years old. She was born on June 27, 1995,  in Fort Wayne, Indiana. Her full name is Andrea Rose Russett. Her father’s name is Mark William Russett and her mother’s name is Jacqui Russett. Both of her parents are graphic designers. Similarly, she grew up with one sister, Anna, and one brother, Anthony. She had a beautiful childhood with her parent and siblings.

Moving toward her educational background, she attended a private Catholic high school until her junior year. After she moved to California, she started attending an online school. However, she withdrew from the program during her final year, and said that;

“Everybody learns differently and I don’t learn by reading and writing a report. I need to be doing something to learn.”

Talking about Russett’s nationality, she holds an American nationality. Likewise, she loves animals and even has come up with her initiative ‘dollarsforcollars’ for raising money to be used in preventing cruelty on animals. 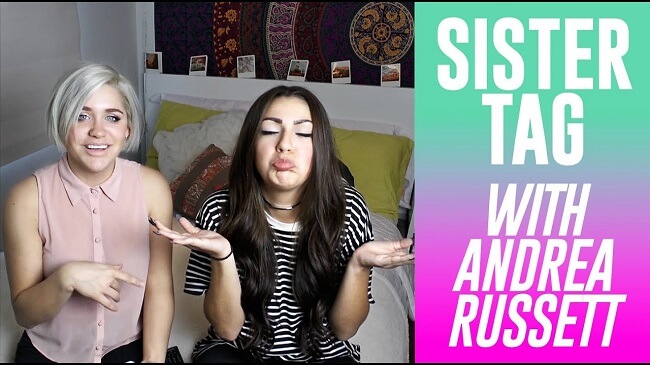 Professionally, Andrea Russett is an American web personality as well as an actress. She is a YouTuber who turned host on the weekly talk series Apologies In Advance With her. She started gaining popularity by uploading music videos of famous songs and conversations on her GETTOxFABxFOREVER channel, which has earned over 3 million subscribers.

In 2009 during her early teens, she began broadcasting on YouTube. At the age of 14, she already gained fame as a YouTube Star owing to her stop motion video named “JUSTIN BIEBER ONE TIME MUSIC VIDEO” which went viral within a few days. Still, the rapidly increasing number of views on her video did not win her the chance to meet Justin Bieber but rather became an internet celebrity.

One of the most popular videos on her YouTube channel is “CUDDLING WITH MY EX-BOYFRIEND | Andrea Russett.” In this video, she featured her ex-boyfriend and has garnered almost 9 million views. Some of the other notable videos on the channel include “Never Have I Ever with Jc Caylen,” “GIRL CALLS BOYFRIEND OUT ON CHEATING,” “COOKING WITH ANDREA,” and “GETTING 6 TATTOOS IN 1 DAY.” 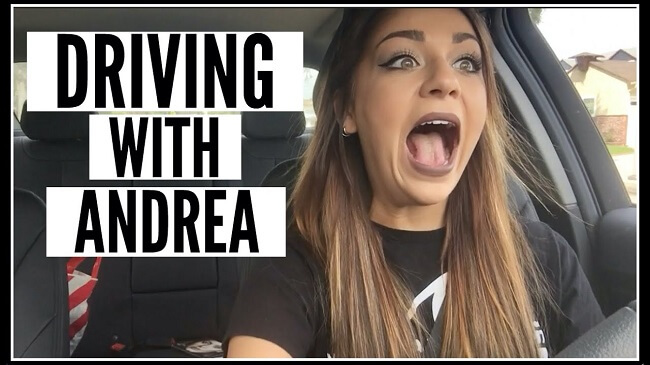 In 2012, she began her first job, working as a nighttime radio DJ in Fort Wayne, Indiana. Then, she became the youngest nationally syndicated radio host in the country. In 2013, she signed a contract with ‘Fullscreen, Inc.’ It is a global network of content creators and brands on YouTube.

In the following year, she began designing for her own clothing line and launched her own brand FLAWD Clothing. As of June 2020, the clothing website no longer exists, and social media accounts for the line have been inactive since Jun 2015.

After relocating to California, she started focusing on her acting career. Further, she has appeared in several movies including Expelled (2014), and Lovesick (2016). Her feature-length comedy film, ‘Expelled’ was released by 20th Century Fox Home Entertainment.

In 2016, she took the next step when she co-produced and starred in ‘Sickhouse.’ Sickhouse is a thriller film which initially released in brief increments via her Snapchat account. This film gained recognition from the viewers as well as from the critics due to its “different” storytelling technique. Online fame of the film also stoked the making of a sequel to the film, which is yet to be released. She even attended a few VidCon events, for meet-and-greets with her fans.

In 2016, she also landed the role in another short film, ‘A Peculiar Tale.’ In the same year, she had a cameo role in the film ‘Mike and Dave Need Wedding Dates’. Moreover, she also appeared on the reality television series ‘Catfish: The TV Show’ aired by MTV.

The year 2016 was a very flourishing year for her. In the same year, she released her first compilation “Mind Medicine” with the motto to give more exposure to talented but underrated EDM artists like Coleman Hell and Robert DeLong. In 2017, she became the anchor of the weekly talk series Apologies In Advance’. The show is still running in 2020.

Speaking of her earnings, she is an American YouTube personality as well as an actor who has earned a decent sum of money through her work. Therefore, her estimated net worth is around $2 million. Moreover, she is obviously living a rich and generous lifestyle with good fortune and fame through her professional life as a web personality.

Reflecting on Andrea’s personal life, she is bisexual and probably single currently.  On September 21, 2018, she came out as bisexual through a series of tweets on her Twitter account. In January 2019, she uploaded a video to explain her prior tweets, and to speak on her sexuality and the fallout with her best friend, Sandra.

Previously, she dated YouTube star Zane Hijazi. Further, she also had been in a relationship with YouTuber and actor Kian Lawley. But things seem not to turn out well between Kian and Andre. Later, she was rumored dating the singer, Kenny Holland. 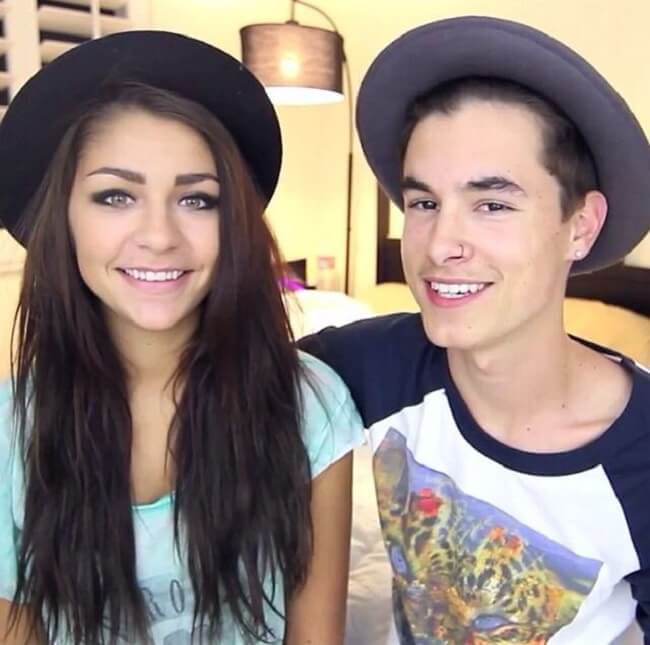 Moreover, she has kept herself away from controversy and other scandalous matters and has maintained a good profile. She is much more focused on her work right now and does not let her fame down.

This beautiful personality Andrea Russett has got a good height that stands around 5 feet 2 inches tall. She weighs around 52 kg. Likewise, she has got a beautiful pair of hazel eyes with brown hair color.

Likewise, she has gained around 278k followers on her Facebook account and more than 7.2 million followers on her Twitter account. She runs a self-titled Youtube channel with around 3.01 million subscribers. Additionally, she has provided her email id [email protected] for any kind of business inquiries.