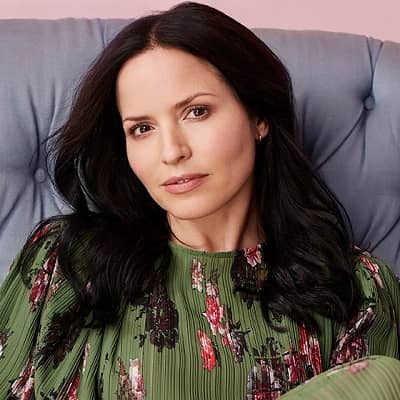 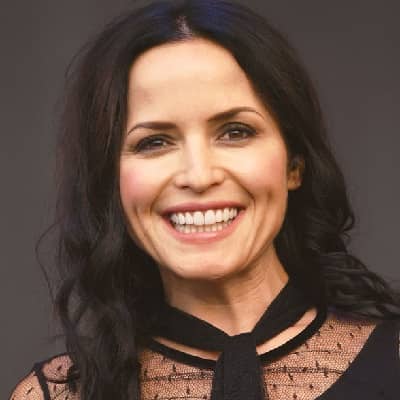 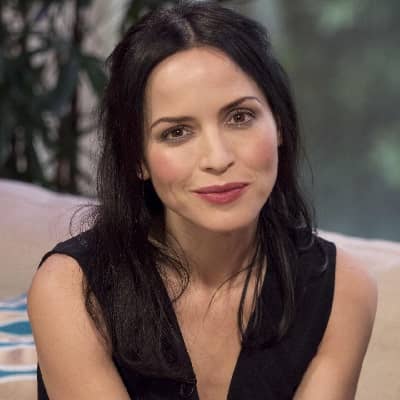 Andrea Corr is an Irish singer, songwriter, author, musician, and actress. Andrea Corr was best known as a member of a famous folk-rock band named ‘The Corrs’.

Andrea Corr was born in Dundalk, County Louth, Ireland. Her birth sign is Taurus. She stepped into this world on 17 May 1974 and is currently 48 years old. She is known as Andrea Jane Corr MBE.

This amazing singer was born to Gerry Corr and Jean Corr. Her father, Gerry Corr is a manager of the payroll department of the Irish Electricity Supply Board, and her mother, Jean is a housewife. They had altogether five children and Andrea is the youngest among them.

Unfortunately, their elder son named Gerard passed away when he was only three years old in a road accident. Now, Andrea has one brother and two sisters. Her brother is named Jim Corr and her two sisters are Sharon Corr and Caroline Corr. 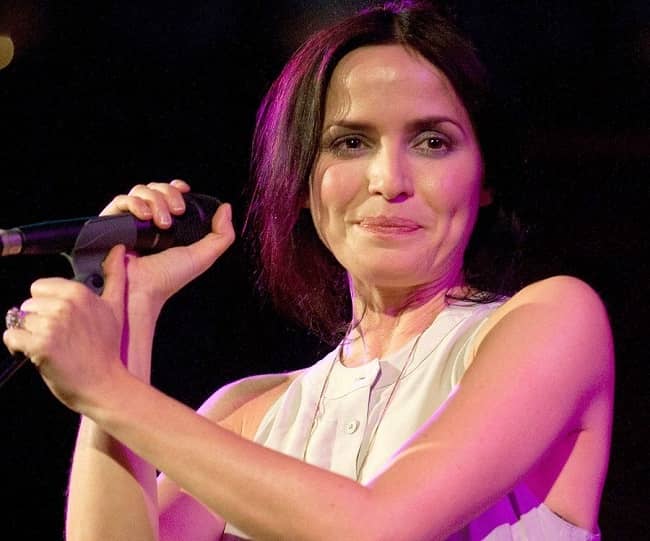 With the encouragement of her parents, Corr started her journey in the field of music. In 1990, she started her music career with her quartet titled ‘The Corrs,’ which she formed with her three siblings. Also, she made her solo debut as an actor in ‘The Commitments’ with the role of ‘Sharon Rabbitte’.

In the year 1995, her band signed a deal with Atlantic Records and released their debut album named ‘Forgiven, Not Forgotten.’ This album was a hit in Spain and Japan and was able to earn ‘Platinum’ status in Australia and the UK. Likewise, it was a huge success in Ireland too and was counted as one of the most popular Irish band debuts.

As an important member of the band ‘The Corrs,’ Andrea was a part of several albums, such as ‘In Blue’ in 2000 and ‘Talk on Corners’ in 1997. Her mother, Jean passed away while she was working on the album ‘In Blue.’ This beautiful singer sang the track ‘Time Enough for Tears’ from the 2002 film ‘In America’. Then, she dedicated it to her deceased mother.

In between her music stints with her band, this actor kept on continuing her acting career and appeared in several films, such as ‘Evita’ (1996). Later, she took a break from acting, and again in 2003, she resumed with a mildly successful film named ‘The Boys from County Clare.’ At the ‘US Comedy Arts Festival,’ her portrayal of ‘Anne’ earned Andrea the ‘Film Discovery Jury Award’ for ‘Best Actress’. 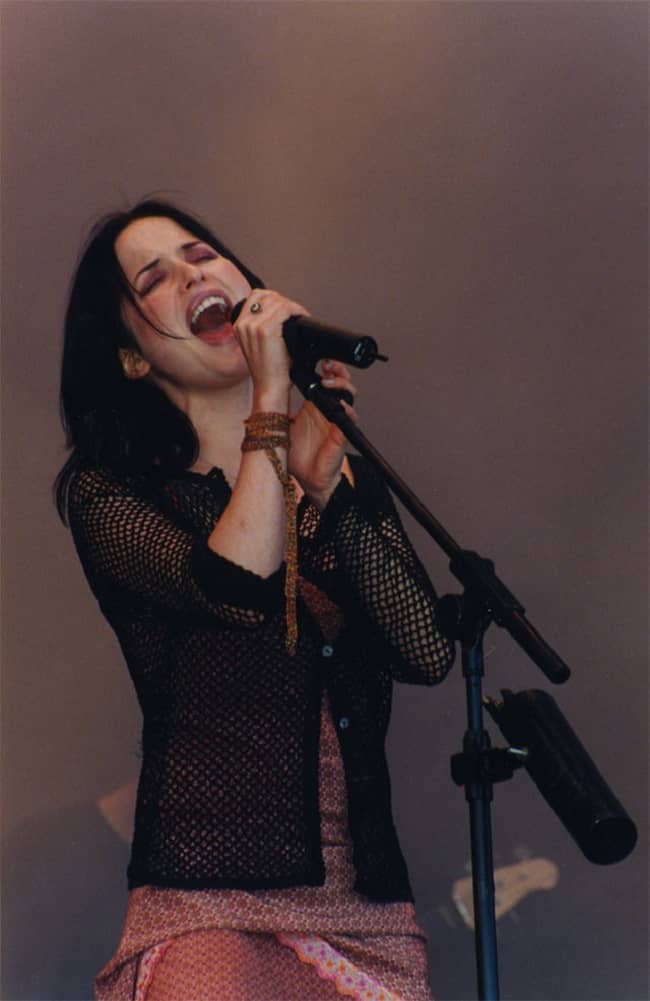 Andrea made her solo music debut with the track ‘All I Have to Do Is Dream’ for the album ‘La Septième Vague’ in 2006. In the following year, this Irish singer released her debut solo album titled ‘Ten Feet High.’ In 2011, she released her second solo studio album, ‘Lifelines.’

Moreover, she and her band are also recognized for their charity performances. She along with ‘The Corrs’ performed and raised funds for various foundations, organizations, and causes, such as the ‘Freeman Hospital in Newcastle upon Tyne, the ‘Pavarotti & Friends Liberian Children’s Village,’ The Prince’s Trust, and the Omagh bombing victims in Northern Ireland.

In addition, ‘The Corrs’ performed at the ‘Special Olympics’ held in Dublin to support the ‘Nelson Mandela 46664’ campaign, a musical AIDS-awareness campaign. Then, in the year 2005, Queen Elizabeth II honored her and her band’s philanthropic endeavors with the prestigious title ‘Honorary Members of the Order of the British Empire.’

Talking about her past affairs, Andrea had a relationship with an Irish actor named Shaun Evans. They dated for around 4 years. Moreover, she has also dated Giles Baxendale who was her former manager. Later, Andrea Corr and Brett Desmond started their relationship and dated for around 2 years.

The couple tied their knot on August 21, 2009. At their wedding ceremony, her sisters Sharon Corr and Caroline Corr sang the song titled ‘No Frontiers’. Also, Seamus Begley, Damien Dempsey, Sharon Shannon, and Corr herself performed on the stage in the church.

In November 2011, Corr’s pregnancy was announced publicly. In the year 2012, on 28 April, Corr was blessed with her beautiful daughter named ‘Jean’. Again, on 4 January 2014, she gave birth to her son and gave him the name Brett Jr. 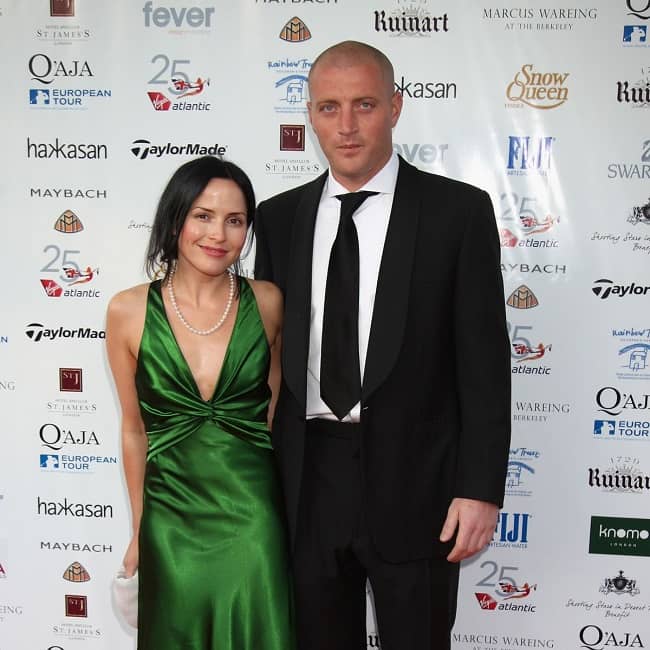 Caption: Andrea Corr and her husband clicking a photo. Source: The Mirror

Talking about body measurements, Andrea Corr has an amazing body figure with a height of 5 feet and 1 inch (155 cm). She weighs around 48 kilograms which is equivalent to 106 lb. This singer has beautiful brown eyes and black-colored hair. 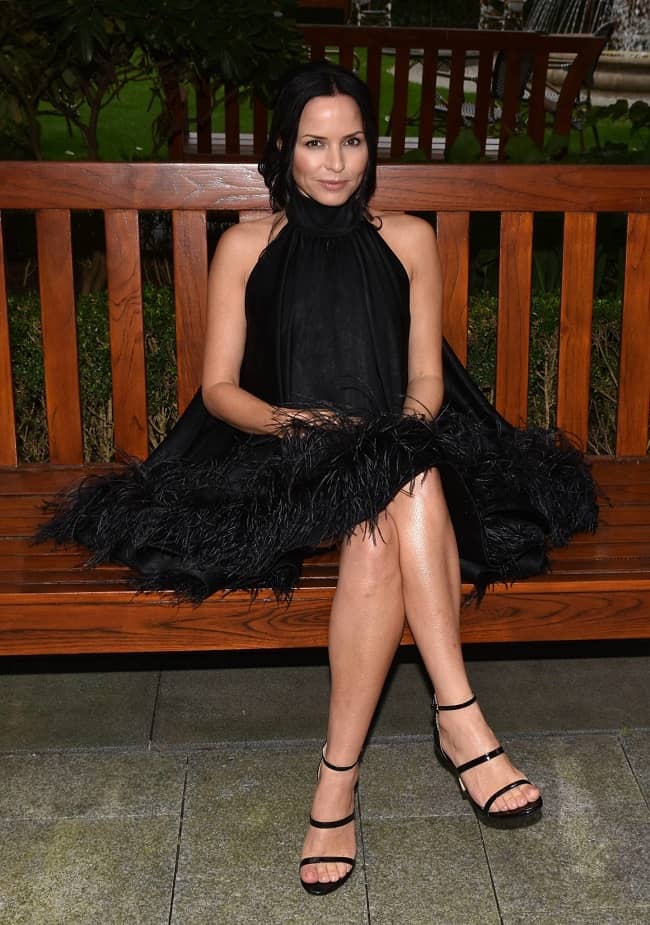 Andrea Corr is one of the richest Folk singers and is on the list of the most popular Folk singers. According to Wikipedia, Forbes & Business Insider, this musician has a total net worth of around $1.5 Million. She owns her own house and is currently living a lavish life.