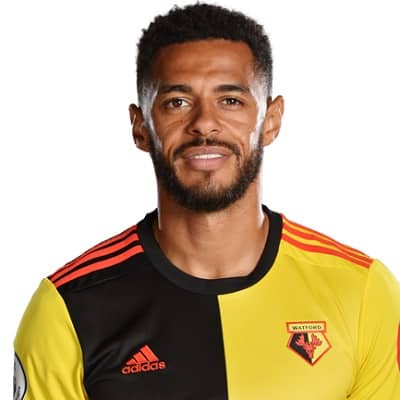 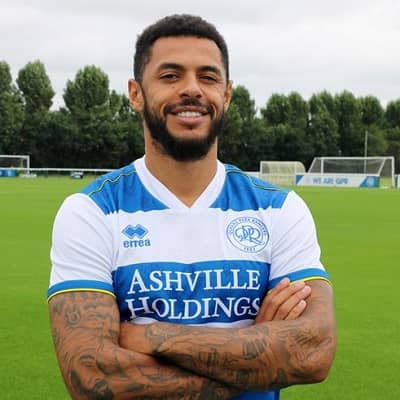 Andre Gray is an English professional football player. Moreover, Andre Gray is a  striker who plays for Premier League club Watford as well as the Jamaican national team.

Andre Anthony Gray best known as Andre Gray was born on 26 June 1991, in Wolverhampton, England. As of now, he is 30 years old and holds both British and Jamaican nationality. Moreover, he is a Christian by religion and has a zodiac sign of Cancer. In addition, this footballer belongs to multiracial ethnicity.

Talking about his parents, he is the son of Joanna (mother) and his father’s name is unknown. He has a younger half-brother whose name is Cody. His grandfather introduced him to football. Sadly, his grandfather died when Andre was 13 years old.

Regarding his academic career, he studied at the Wolverhampton Wanderers Academy, and then he joined the Shrewsbury Town youth setup.

From a young age, he began playing football for the youth team of Wolverhampton Wanderers but releases at age 13. After that, he joined the youth team of Shrewsbury Town and began his club career in 2004. Before the start of the 2009-10 season, he signed his first professional one-year contract. He played his debut match with the jersey number 20 and win over against Burton Albion by 3-1 goals.

On November 26, 2009, he signed a one-month loan with Conference North club AFC Telford United, playing six games and scoring once in all competitions. Later, on March 5, 2010, he signed a one-month emergency loan with Conference North club Hinckley United. Before returning to Shrewsbury Town, he made five appearances and scored no goals for the club. After only 5 appearances for Shrewsbury Town, he was released on 14 May 2010.

He joined Hinckley United on a free transfer in June 2010 and signed a one-year deal. Moreover, he scored four goals against Solihull Moors on April 23, 2011, in a 7-2 defeat. He appeared 35 times for the team in the 2010-11 season, scoring 14 goals across all competitions. For the 2011-12 season, he stayed with Hinckley United and looked impressive. He played 45 times for the team during that season, scoring 23 goals across all competitions.

On March 22, 2012, he signed a loan agreement with Conference Premier club Luton Town until the end of the 2011-12 season, with the possibility of a permanent signing. On March 24, 2012, he made his first appearance for the club in a 1-1 tie against Grimsby Town. During his loan spell at Luton Town, he made 12 appearances and scored seven goals in all competitions as the team finished fifth in the League and the final remaining playoff position.

The day after the play-off final loss, he signed a two-year professional contract with Luton Town for £30,000. On January 14, 2013, he agreed to a new two-and-a-half-year contract with the club, which would keep him at the club until June 2015.

He made 44 appearances for the club in the 2013-14 season, scoring 30 goals and contributing 13 assists across all competitions, and winning his first piece of silverware when Luton Town was promoted back to the Football League as Conference Premier winners.

He signed a three-year contract with Championship club Brentford for an unknown amount on June 27, 2014, and was given the number 19 shirt. On August 9, 2014, this footballer made his debut for the club in a 1-1 draw against Charlton Athletic on the club’s opening day of the 2014-15 season.

He made 50 appearances for the club in his first season, scoring 18 goals and assisting eight times across all competitions. The club offered him a new, better deal after his two goals in his first two appearances of the 2015-16 season, but he departed the club on August 21, 2015.

He signed a three-year contract with Championship club Burnley on August 21, 2015, for an unknown price thought to be a club-record £6 million. On August 29, 2015, this footballer made his first appearance for the club in a 2-1 away victory over Bristol City. In a 3-1 win over Sheffield Wednesday on September 12, 2015, he made his first goal for the club. He made 42 appearances for the club in his first season, scoring 23 goals and giving 8 assists in all competitions as Burnley won the Football League Championship championship.

He signed a five-year contract with Premier League team Watford for an unknown club-record amount on August 9, 2017. In a 3-3 draw against Liverpool on August 12, 2017, he made his first appearance for the club. In a 2-1 win over Swansea City on September 23, 2017, he made his debut for the club. He made 33 appearances for Watford in his debut season, scoring five goals and assisting three times in all competitions as the Hornets finished 14th in the Premier League. 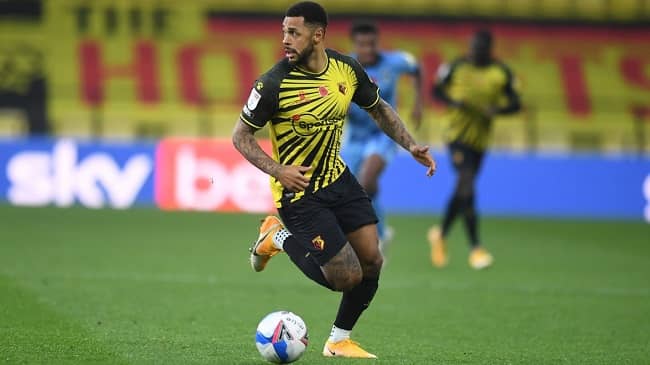 In addition, Andre made 34 appearances for Watford in the 2018-19 season, scoring nine goals and giving three assists across all competitions as the Hornets finished 11th in the Premier League. This player made 27 appearances for the club in the 2019-20 season, scoring two goals and contributing one assist across all competitions as Watford was relegated from the Premier League.

This professional footballer has represented England at the C level and Jamaica at the senior level. He got six caps for England’s C team from 2012 to 2014 before being called up to the Jamaican national team. On March 25, 2021, this player made his international team debut for Jamaica in a 4-1 friendly loss to the United States. In a 1-1 tie with Serbia on June 7, 2021, Andre scored his first international goal for Jamaica. Andrey was a member of the Jamaican team that competed in the 2021 Gold Cup. 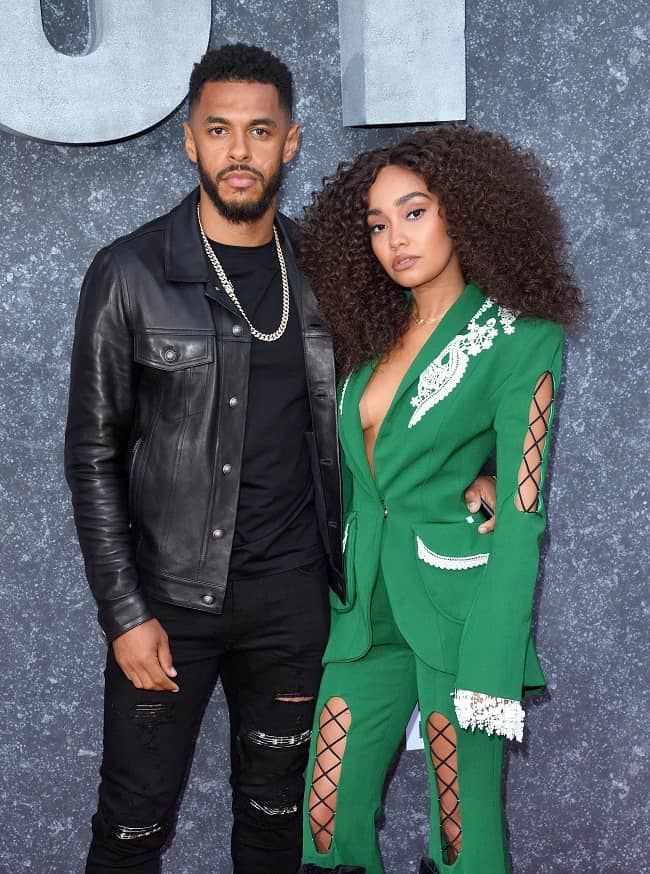 This footballer is 5 feet 10 inches tall with weighs around 83kg. Moreover, this footballer has dark brown eyes with black hair color. 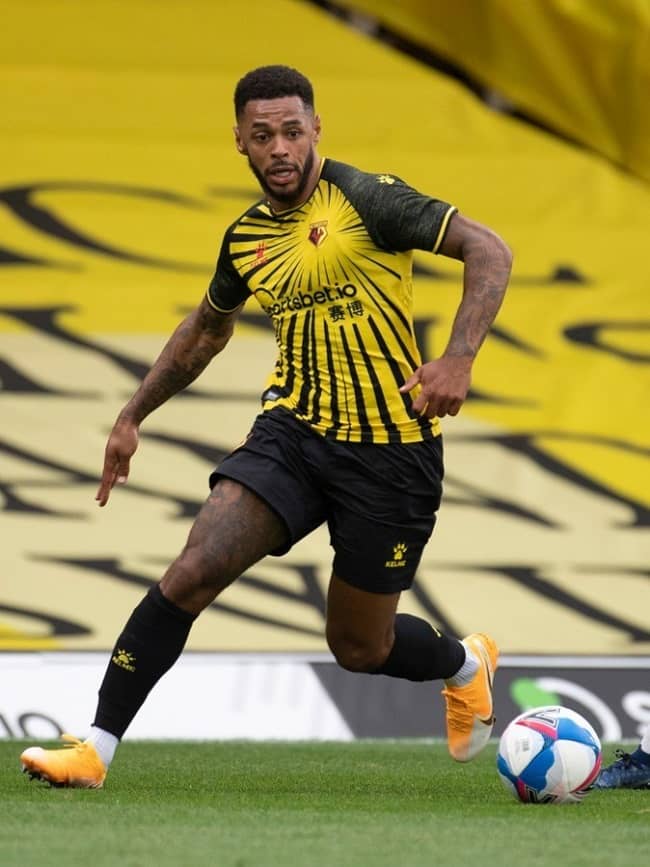