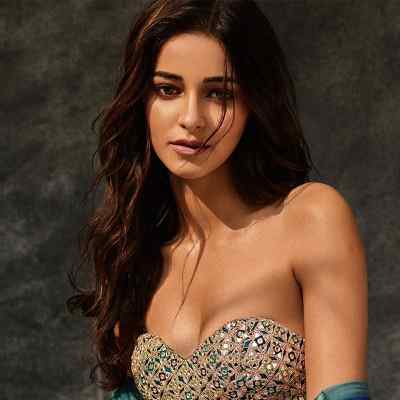 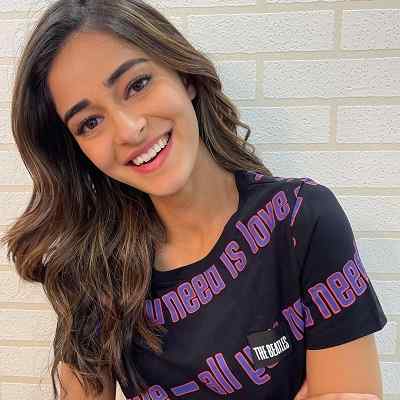 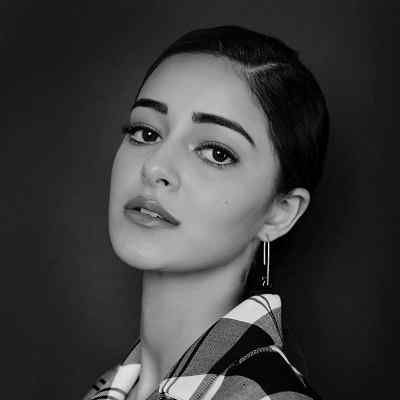 Ananya Panday was born on October 30, 1998, in Mumbai, Maharashtra, India. She is 22 years old and is under the astrological sign, Scorpio. She holds Indian nationality and follows the religion, Hinduism.

Her father’s name is Chunky Panday and her mother’s name is Bhavana Panday. Likewise, she has a younger sister and her name is Rysa Panday. Ananya’s father is a popular Indian actor. He has appeared in many Bollywood movies. He is popular for being funny in the movies. However, Chunky has done serious roles as well and gained recognition for it. And following her father’s step, Ananya also began her acting career in the Bollywood industry. She is a dog lover and has a pet named, Fudge.

Regarding Ananya’s educational background and qualification, she attended Dhirubhai Ambani International School in Mumbai. Later she enrolled in the University of South Carolina in Los Angeles, USA. 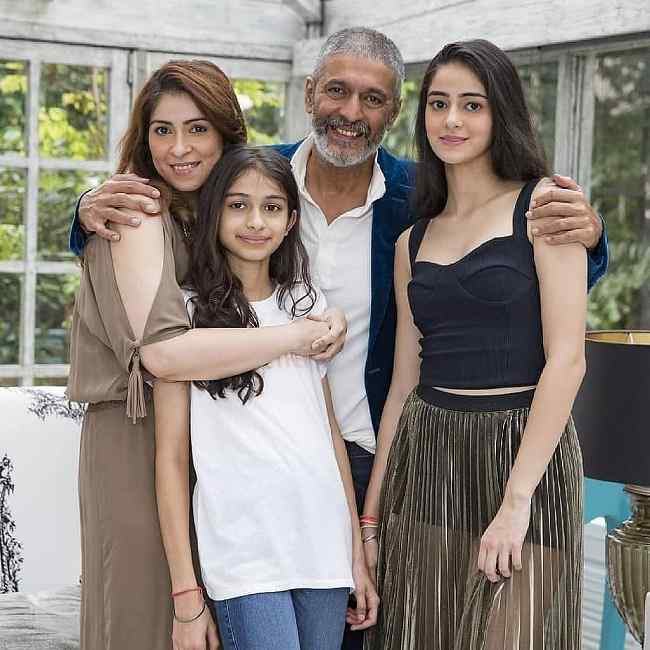 Caption: Ananya Panday along with her parents and sister (Source: Pinterest)

Ananya Panday made her acting debut in the year 2019 with the teen film “Student of the Year 2”. The film was co-starring Tiger Shroff and Tara Sutaria and was produced by Dharma Productions. Likewise, Nandini Ramnath felt that Ananya showed potential in an unremarkable film. Unfortunately, the film underperformed at the box office.

After that, she next starred in the film, “Pati Patni Aur Woh” in the same year 2019. This movie was a remake of the 1978 film of the same name. She starred in this film alongside Kartik Aaryan and Bhumi Pednekar. Ananya played a role of a secretary who indulges in an affair with a married man, which was portrayed by Ranjeeta Kaur in the original.

Moreover, she received a compliment from Saibal Chatterjee of NDTV and found her to be “perfectly cast as the wide-eyed girl”. However, Jyoti Kanyal of India Today dismissed her as “bland and boring with no spice”. Likewise, this movie with a worldwide gross of ₹1.15 billion and emerged as a commercial success. Ananya Panday even won the “Filmfare Award for Best Female Debut” for her performance in “Student of the Year 2”.

Furthermore, she appeared in the 2020 action film “Khaali Peeli”, co-starring Ishaan Khatter. She is also slated to appear in Shakun Batra’s as-yet-untitled 2021 romantic drama with Deepika Padukone and Siddhant Chaturvedi. And, she will also team with Vijay Deverakonda for Puri Jagannadh’s multilingual film Liger.

Likewise, in the year 2019, Ananya Panday launched an initiative named “So Positive” to create awareness about social media bullying, prevent negativity, and build a positive community. And, at the 2019 Economic Times Awards, the project was named “Initiative of the Year”. She even participated in Vanity Fair’s Le Bal des débutantes event in Paris in the year 2017. 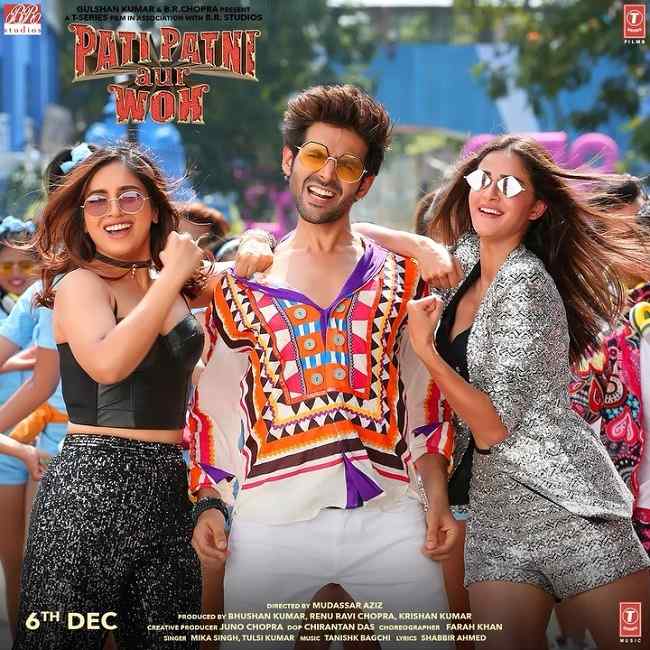 Ananya Panday is possibly single at the moment and seems to be more focused on her career rather than being in a relationship. Or maybe she wants to keep her personal and love life private and away from the limelight as well as the public eye. However, there was a rumor that she dated a guy name, Karan Jaising. Karan is an Indian model and entrepreneur. However, none of them confirmed or denied the rumors. So, we cannot be sure about them dating. Also, as she is a public figure now, it seems as if she most likely would keep her personal and love life private. And wouldn’t disclose it in front of the public.

Moreover, she is an avid reader. And some of her favorite books and their authors: ‘Divergent’ by Veronica Roth, ‘The Sisterhood of the Traveling Pants’ by Ann Brashares, and ‘Diary of a Wimpy Kid’ by Jeff Kinney. She also loves watching soap operas such as Castle, 90210, The Big Bang Theory, Keeping Up With The Kardashians on E, How I Met Your Mother, and Glee.

Furthermore, Ananya is a big film bug and has a number of movies on her favorites and she loves listening to music as well.

Ananya Panday has a height of 5 feet 7 inches and her weight is 50 Kg. Her other body measurements such as her chest size, waist size, and hip size, are 32-24-34 inches respectively. Moreover, Ananya has black hair and dark brown eyes. She is a very beautiful woman and has a very attractive smile. 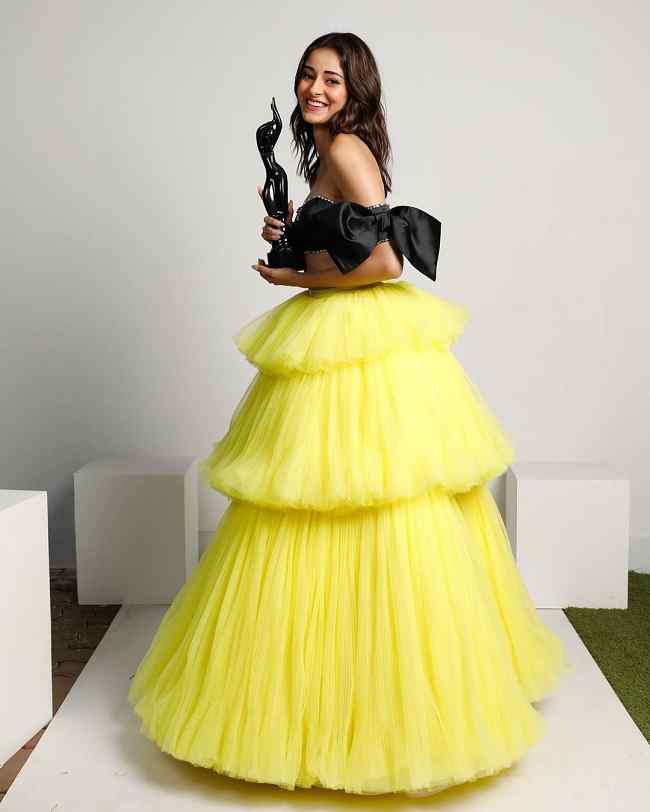 According to filmysiyappa, Panday has an estimated net worth of $3.2 million and her main income source is her acting career. She has also modeled for some brands and even walked for them at the fashion show.