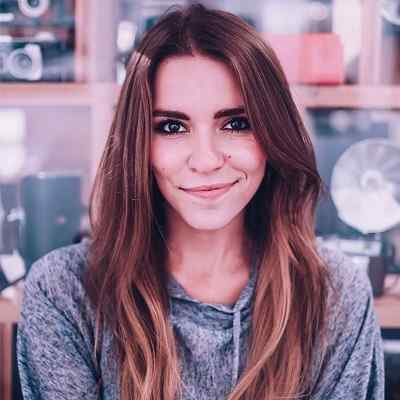 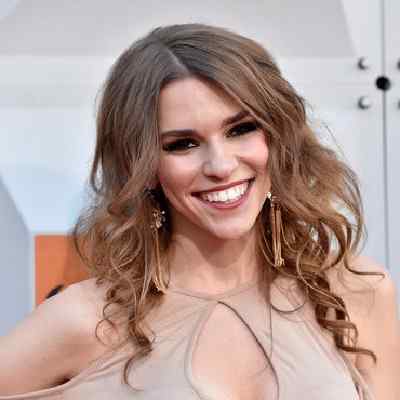 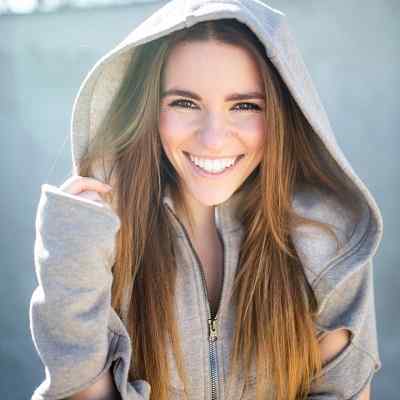 Amymarie Gaertner is an American self-taught dancer and choreographer who verified herself as a Vine video phenomenon, earning more than 4.2 million followers. Amymarie Gaertner has also starred in a YouTube Red original movie called Dance Camp.

Amymarie Gaertner is 26 years old. She was born on August 5, 1994, in a small town in Ohio, United States, under the astrological sign of Leo. She has not disclosed any information regarding her father, mother, and siblings. Moroever, she holds an American nationality.

Similarly, she grew up listening to 60s and 70s rock, country, acoustic, dubstep, and mainstream music on the radio and appreciates diverse musical styles. As a child, she always dances in the basement of her house. She can even play the drums yet doesn’t consider herself a drummer.

Likewise, she had a dog named Ginger but lost it a while ago. As of now, she has a golden retriever dog named honey and two cats named Lucky and Brownie. Her dog even has separate Instagram handle @honey_thegolden. Though she is from Ohio, she usually gets comments from fans that they like her Texan accent. She also can speak a little bit of Spanish. 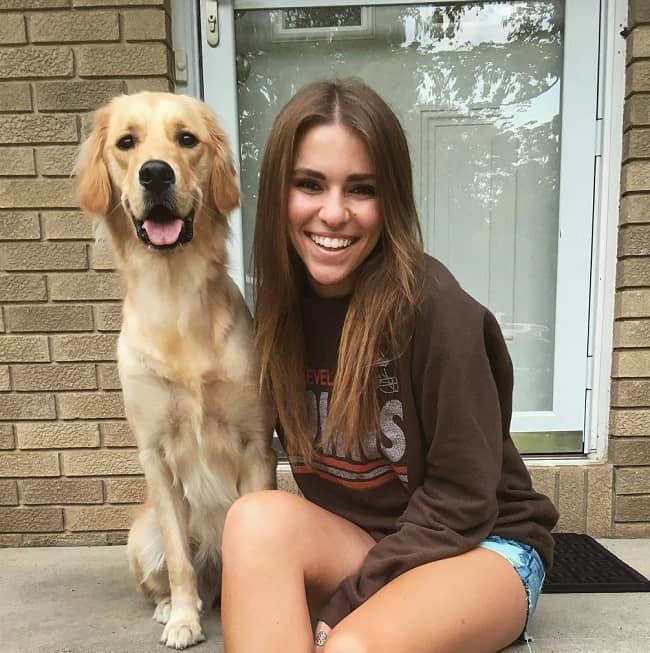 Professionally, Amymarie Gaertner is a self-taught American dancer, choreographer, actress, and social media star who earned popularity for showing her freestyle dancing moves in six-second videos on Vine. She learned dance steps all by herself and is also able to dance to any tune.
Likewise, she has also co-hosted the Halloween edition of ‘Dancing with the Stars’ in 2015. In the following year, she also appeared in the episode ‘A Sudden Duet!’ from the web series ‘Sanders Shorts’ directed by fellow Viner and internet personality Thomas Sanders. Later on, she appeared on Thomas’ eponymous comedy and music series for a couple more videos.
Since a kid, she started dancing the first time she listened to music. Moreover, Gaertner’s earliest memory is of dancing around the kitchen and the house at the age of four. She started practicing dancing in the basement of her house as the stereo system was installed there. Since she has been dancing there and has made a little studio for herself there. She was never shy to dance in front of the public, which is why she then, she eventually began participating in talent shows and performing at events.
Gaertner launched her self-titled YouTube channel on March 1, 2008. However, she started posting little clips from her performances at various talent shows in early 2011. On her YouTube channel, she shares dancing, singing, vlogging videos on the channel.
In January 2013 after Vine came out, she became one of the first people to try out the new platform by March that year. She started her first Vine, a stop-motion video, from her basement and proceeded to make videos of her dog, her cat, car rides, and her visits to concerts to receive with the handful of her followers, mostly friends. 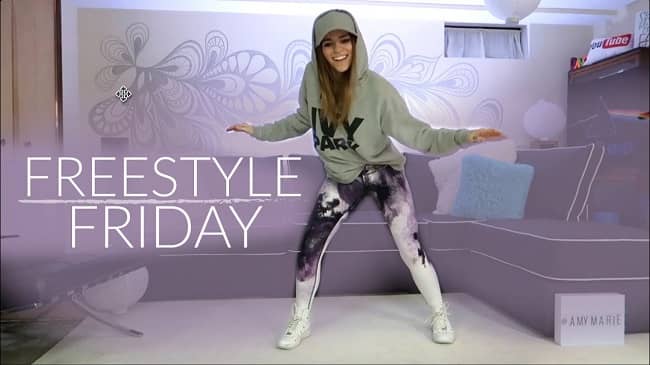 After she uploaded a video of her dancing, it went viral, and her Vine profile drew about a million fans within a month. She had an awesome 4.5 million followers on Vine before the app was shut down by parent company Twitter in January 2017. Currently, she boasts more than 1.5 million followers on Instagram, 560k subscribers on YouTube, and 511k fans on Facebook.

Her first vine video was a stop-motion video titled “Dylan, and I spend Monday nights”.  Shortly after she also collaborated with Jake Foushee. Together, the duo shared a Vine video named, “That throwback song you can’t sit still to”.  Besides that, she has done some exclusive collaborations as well. Similarly, the dance video collaboration with the winner of “So You Think You Can Dance Season 10″, with Du-Shaun Stegall.

Additionally, she has played the role of Vanessa in the YouTube Red original movie ‘Dance Camp’ in 2016. In 2017, she even appeared as Elektra in an episode of ‘The Boonies’ and acted as Audrey March in three episodes of ‘Guidance’. Further, she got a nomination for the ‘Dancer of The Year award’ at the ‘5th Annual Streamy Awards’ in 2015 and became one of the Finalists in the Dance category of the ‘8th Annual Shorty Awards’ in 2016.

Speaking on Amymarie Gaertner’s earning, she is getting quite popular on her social media accounts through she might have obviously earned a decent sum of money. Moreover, her Youtube channel also has garnered decent fans and followers each day. In addition to this, she is even quite very active and famous in TikTok formerly known as Music.ly where she has plenty of followers and a good number of views on her videos. Therefore, this beautiful dancer has an estimated net worth of around $5.4 million according to the latest reports available.

Reflecting on Amymarie Gaertner’s relationship status, she is probably single and does not have a boyfriend. This could be also false, as there is nothing much about her personal life so cannot confirm anything.

Despite being a popular social media sensation, she has managed to keep her private life pretty private. More precisely, she has not disclosed any information regarding her dating life and relationships so far. Moreover, she is often linked with fellow Youtuber Logan Paul as they are spotted together a lot of times but she has clearly falsified the rumors saying that they are just good friends.

Similarly, she clarified their rumors of dating through a Q&A video posted in February 2014 that after meeting through Vine, they realized that they lived really close and started to hang out more often. They have even made a lot of Vines together and eventually became friends.

Moreover, she gas successfully maintained a clean profile being linked to the social media world for a very long time. Eventually, she has not got into any kind of controversy and rumors.

This beautiful social media sensation Amymarie Gaertner stands a height of 5 feet 6 inches tall and her weight is not provided. However, her further information regarding body measurements is also not available. Therefore, she has both brown hair and eye color. 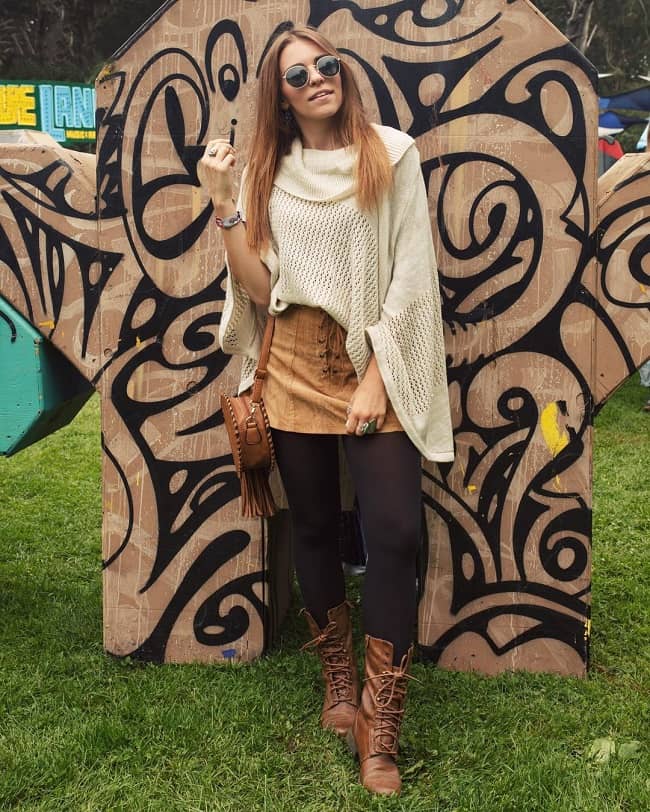 Caption: Amymarie Gaertner posing for a photo on her cool getup (Source: Instagram)

More often, she posts her dance videos and shares her pictures on her social accounts. And currently, she has 2.3 million fans with almost 14.8 million likes on TikTok and has 560K subscribers on YouTube.