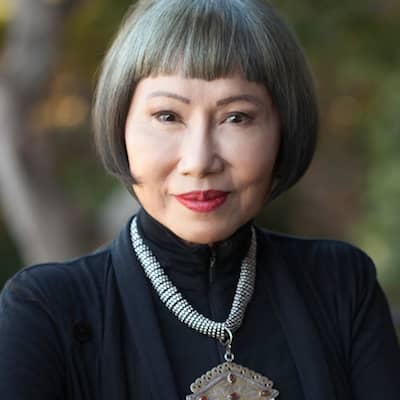 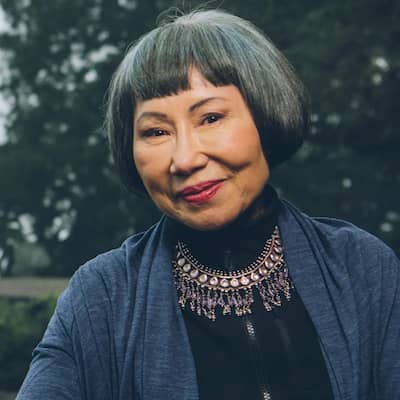 Amy Tan is a Chinese-American novelist, author, and singer. Amy Tan is famous for the novel ‘The Joy Luck Club’.

Amy Tan was born on February 19, 1952. At present, she is 70 years old and her sun sign is Pisces. Her full name is Amy Ruth Tan. Her place of birth is Oakland, California, USA. Amy is the 2nd of three children born to Chinese immigrants John and Daisy Tan. Moreover, her father was an electrical engineer and Baptist minister who traveled to the USA in order to escape the chaos of the Chinese Civil War.

This person attended Marian A. Peterson High School in Sunnyvale for a year. Moreover, when she was 15 years old, her father and older brother Peter both died of brain tumors within 6 months of each other. After that, her mother moved Amy and her younger brother, John Jr., to Switzerland. There, she finished high school at the Institut Monte Rosa, Montreux.

At that time, she learned about her mother’s previous marriage to another man in China, their 4 children (a son who died as a toddler and 3 daughters), and how her mother left these children behind in Shanghai. Therefore, this incident was the basis for her first novel ‘The Joy Luck Club’. Likewise, in the year 1987, Amy traveled with her mom to China, where she met her 3 half-sisters.

Her mother and Amy did not speak for 6 months after she dropped out of the Baptist college her mother had selected for her, Linfield College in Oregon, to follow her boyfriend to San Jose City College in California, USA. 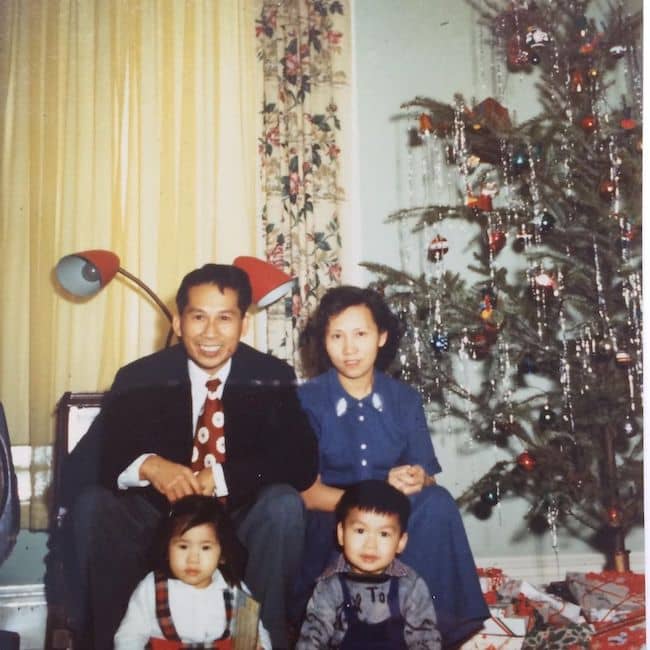 Relationship with her mom

Amy had a difficult relationship with her mother. Therefore, at one point, her mom held a knife to her throat and threatened to kill her while the two were arguing over her new boyfriend. Her mother wanted Amy to be independent, stressing that she needed to make sure she was self-sufficient.

Later, she found out that her mother had 3 abortions while in China. Her mother often threatened to kill herself, saying that she wanted to join her mother (Amy’s grandmother, who committed suicide). And, her mom even attempted suicide but never succeeded. However, her mom died in the year 1999.

After college, Amy worked as a language development consultant and as a corporate freelance writer. In the year 1985, she wrote the story “Rules of the Game” for a writing workshop, which formed the early foundation for her first novel The Joy Luck Club.

Moreover, published in the year 1989, the book explored the relationship between Chinese women and their Chinese American daughters and became the longest-running New York Times bestseller of that year. This novel received numerous awards, including the Los Angeles Times Book Award.

Further, it has been translated into 25 languages, including Chinese, and in the year 1993, it was made into a major motion picture for which Amy co-wrote the screenplay. Likewise, her other two books, The Kitchen God’s Wife and The Hundred Secret Senses have also appeared on the New York Times bestseller list. 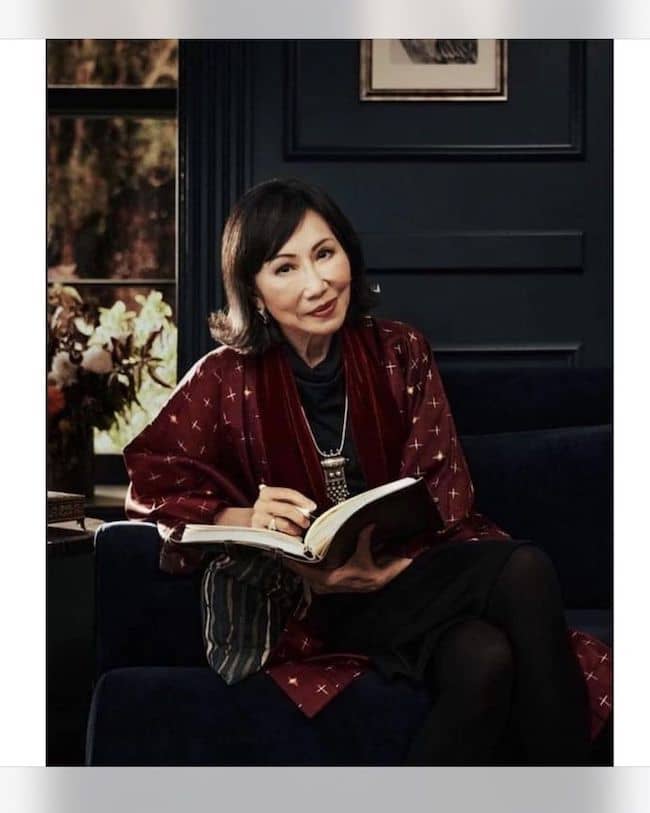 Moreover, her other novels include The Bonesetter’s Daughter, Saving Fish From Drowning, and The Valley of Amazement. She has also written 2 children’s books: The Moon Lady and Sagwa, the Chinese Siamese Cat, the latter of which was adapted for television.

She appeared as herself in the 3rd episode of Season 12 of The Simpsons, “Insane Clown Poppy.” Further, in May 2021, the documentary ‘Amy Tan: Unintended Memoir’ was released, first on PBS, and later on Netflix. Additionally, Author Frank Chin criticized Amy on the grounds that she encourages cultural and racist stereotypes. 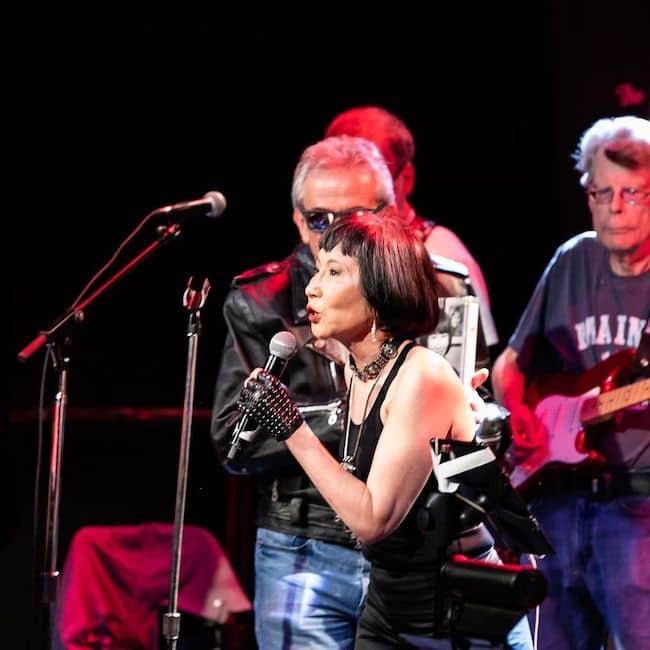 She met her boyfriend, Lou DeMattei on a blind date and married him in the year 1974. Amy resides near San Francisco in Sausalito, California, with her husband in a house they designed. Additionally, they have two dogs.

This couple does not have any children. In the year 1999, she was diagnosed with Lyme disease. Amy helped to form LymeAid 4 Kids in collaboration with the Lyme Disease Association. 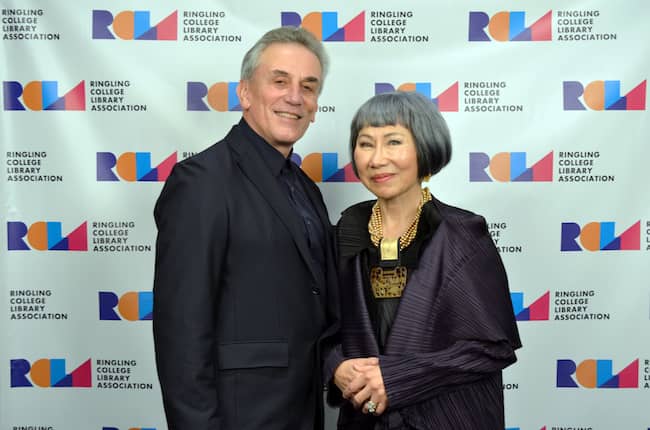 Caption: Amy Tan and her husband’s picture. Source: Your

Tan is a gorgeous lady in her late 60s. Amy’s height is 5 feet 2 inches or 1.57 m. And, her weight is around 59 kilos or 130 lbs. This personality has a fair complexion with black hair turned grey as per age and eyes of black color. Besides this, there are no details regarding Amy’sAmy Tan a body stats.

Amy has quite good earnings from her professional career as an author. Her novel, “The Joy Luck Club” earned her worldwide recognition earning her more fortune which is estimated to be around $8 million.