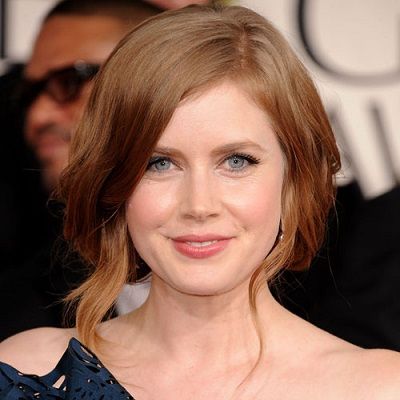 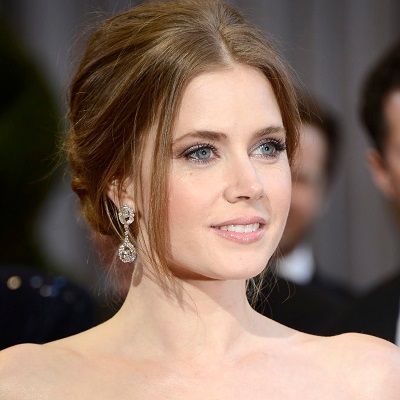 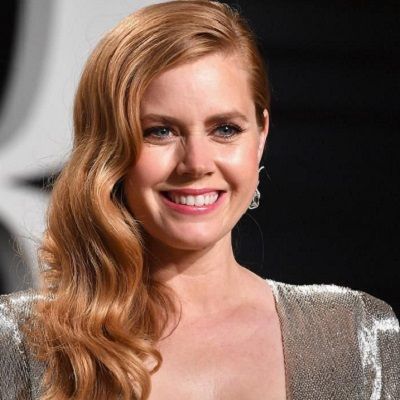 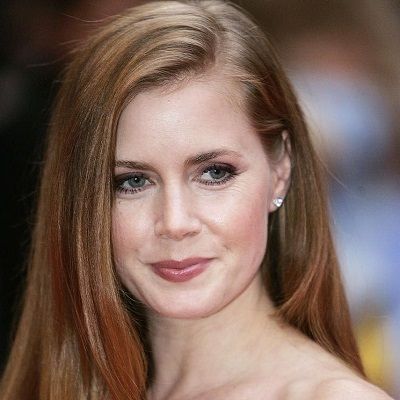 Her father was employed with the ‘US Army’ and was posted in Italy for some time. She has six siblings, four brothers, and two sisters. In 2022, she is 48 years old.

The Adams family started living in a home in Castle Rock, Colorado and she took admitted to Douglas Country High School.’ She was interested in choir music and ballet dancing from a young age.

She enrolled herself in a dance company when she was still a child. However, she wanted to become an athlete, but later on, she realized her passion for performing arts.

Her parents divorced when she was 11 years old. After graduating from high school, she decided to live with her mother in Atlanta. She was not interested in attending college as she wanted to hone her skills in musical theatre. 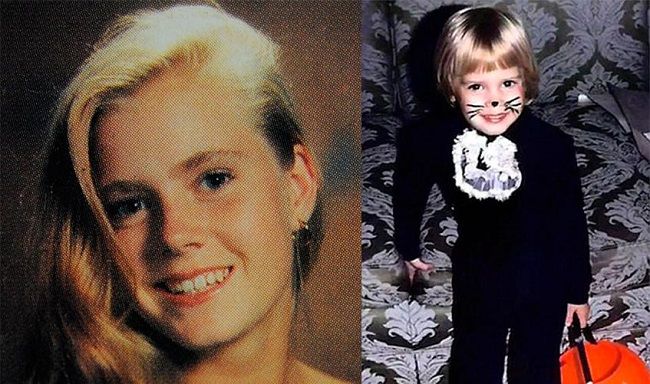 Amy Adams and Darren Le Gallo first crossed paths in an acting class, but the timing wasn’t right. “I had another boyfriend, and Darren was dating some girl,” she told Vanity Fair in 2008.

“I did scenes with him, and I liked him and thought he was really sweet.” But she didn’t see him as boyfriend material just yet.

The two didn’t start dating until they acted together in Pennies, a short film. “I got to know him outside of class,” Amy said to Vanity Fair. “And I just found him to be such a genuine, caring person.”

And he’d become more “assertive” since they’d first met. “He demanded that we go out on a date. He replied, ‘I know you’re getting over this [other] guy, but I’m taking you out on Wednesday,'” she recalled to the publication. “…And I was like, ‘And so you are!'”

Amy and Le Gallo made their first public appearance at the Oscars!

Soon after she snagged her first Oscar nom for her supporting actress role as Ashley in Junebug, she and Le Gallo attended their first major award ceremony as a couple.

She didn’t take home the Academy Award that night but was celebrating with Le Gallo at the Vanity Fair after-party.

Finally, after dating for six years, Le Gallo reportedly popped the question around April. Of course, she said yes, but didn’t announce the news until late July and kept mum on the proposal’s details.

She cleared up one thing in her VF interview at the time though: “No, I’m not pregnant. I can confirm. I’ve been engaged for four months. I think we’d know!”

Adams gave birth to their daughter, Aviana Olea Le Gallo, the couple’s first child, on May 15, 2010. “Mom and baby are home and doing great,” her rep said to People at the time.

“Everyone’s healthy and happy.” Since then, Le Gallo has shared multiple pictures of Aviana, calling her “the best gift” and referring to her and Amy as “my two angels.”

And after 13 years together, she and Gallo had a classic spring wedding. They always wanted to get married “in spring or fall” but had to keep pushing their wedding plans back because of her jam-packed work schedule.

“I want something very family-oriented and laid-back,” Amy told Vanity Fair in 2013.

When they finally tied the knot, it was just as they’d hoped: a “small, intimate ceremony” at a close friend’s house outside of Santa Barbara, California. Though the nuptials were a top-secret, no-photo affair, the publication reported that she wore a Marchesa gown.

Moreover, she received her Hollywood Walk of Fame star with Le Gallo, Aviana, and her mom at her side. Throughout her entire career, Le Gallo has been an unwavering support system.

Many people have asked her if it is difficult to manage life when both of them are actors. However, she said that it worked well because they were both quiet people and balance each other.

“He’s not competitive with me,” Amy said to Vanity Fair in that same 2008 story. “He has a wonderful talent, and there aren’t many people in the world who are like that, where he does not think that my success is his failure. He just doesn’t see it like that, and I don’t either.”

She quoted that sentiment in a 2016 interview with The Guardian: “…He travels with me and helps to keep the family together, and I do appreciate that. 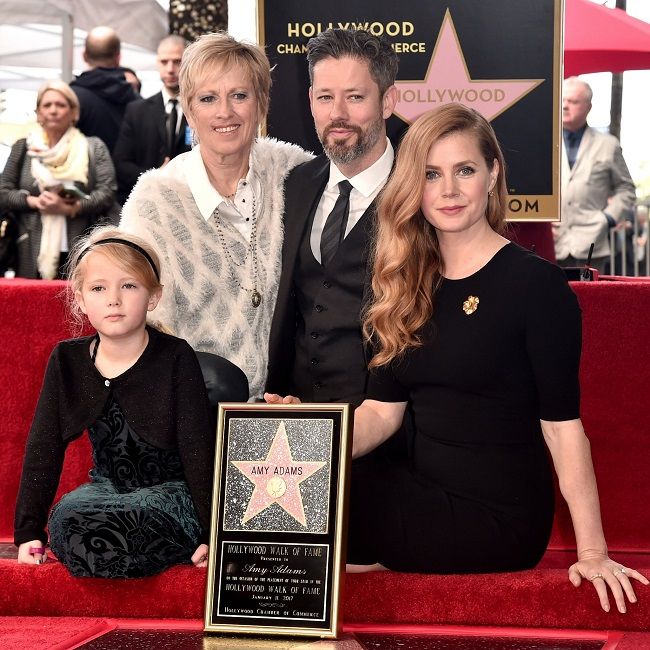 Caption: Amy Adams and her family at the Hollywood Walk of Fame Ceremony. Source: PopSugar

Amy Adams worked as a dancer at several different theaters and playhouses in Colorado and Minnesota in the mid-1990s. And by the end of the decade, she landed her first film role in the comedy Drop Dead Gorgeous.

Shortly thereafter, encouraged by co-star Kirstie Alley, Adams relocated to Los Angeles and auditioned for more roles. She landed one on a FOX television series, but it was later canceled.

She went on to appear in several small films and guest stars on TV series. She was also chosen to appear in Steven Spielberg’s Catch Me If You Can (2002) as Brenda Strong.

But it wasn’t until she starred in the 2005 film Junebug that Adams made her breakthrough: She received an Academy Award nomination for Best Supporting Actress as well as a Special Jury Prize for her performance after Junebug premiered at the 2005 Sundance Film Festival.

Adams landed the lead in the fantasy musical Enchanted, portraying a Disney cartoon songstress who enters the three-dimensional world in 2007.

She received another Supporting Actress Oscar nomination for her role as a nun in 2008’s Doubt, co-starring Meryl Streep in the following year. Moreover, she starred as a young, aspiring cook in Julie & Julia, the popular culinary comedy about famed chef Julia Child in 2009.

She starred alongside Streep, in the project directed by late filmmaker Nora Ephron and received wide acclaim, earning nearly $130 million at the global box office.

Further, A March 2008 MSNBC article called Adams Hollywood’s new “It Girl,” adding that she’s still uncomfortable with all of her “It-ness.” The article quoted Adams as saying,

“I always equated ‘It Girls’ to, like, having a certain type of sexuality. So, for me, I don’t think like that. I don’t associate that with myself at this time. I’ve been working, which is so grounding and you don’t sort of get a sense of the outside world when you’re working.”

She has continued to take on an array of roles to much acclaim, earning Academy Award nominations for roles in the dramas The Fighter (2010), directed by David O. Russell, and The Master (2012), by Paul Thomas Anderson.

In 2013, she entered comic-book fandom with her portrayal of reporter Lois Lane in Man of Steel and reprised the role for the 2016 sequel Batman v Superman: Dawn of Justice. Also in 2013, she starred in the ensemble cast of American Hustle, once again helmed by Russell.

She was nominated for yet another Oscar, her first for Lead Actress, and this time for her role as a ’70s-era con artist caught in a web of conflicting interests. Also, she won the Golden Globe for her performance.

Adams starred in Big Eyes, playing artist Margaret Keane and winning her second Golden Globe for her efforts in 2014. And in 2016, she received critical acclaim and a Golden Globe nomination for her starring role in the sci-fi blockbuster Arrival.

That same year she starred in the psychological thriller Nocturnal Animals, directed by Tom Ford and co-starring Jake Gyllenhaal. In 2017, she returned as Lois Lane for the superhero ensemble Justice League.

Adams went on to co-produce and star in the Jean-Marc Vallée-directed HBO adaptation of Gillian Flynn’s novel Sharp Objects, earning a Golden Globe for her lead performance in the dark miniseries.

Further, she also earned Golden Globe and Oscar nominations for her portrayal of Lynne Cheney, wife of former VP Dick Cheney, in Vice (2018).

Beautiful Amy Adams stands tall at a height of 5 feet 4 inches and weighs around 58 kg. She has naturally ‘Strawberry blonde’ hair color and 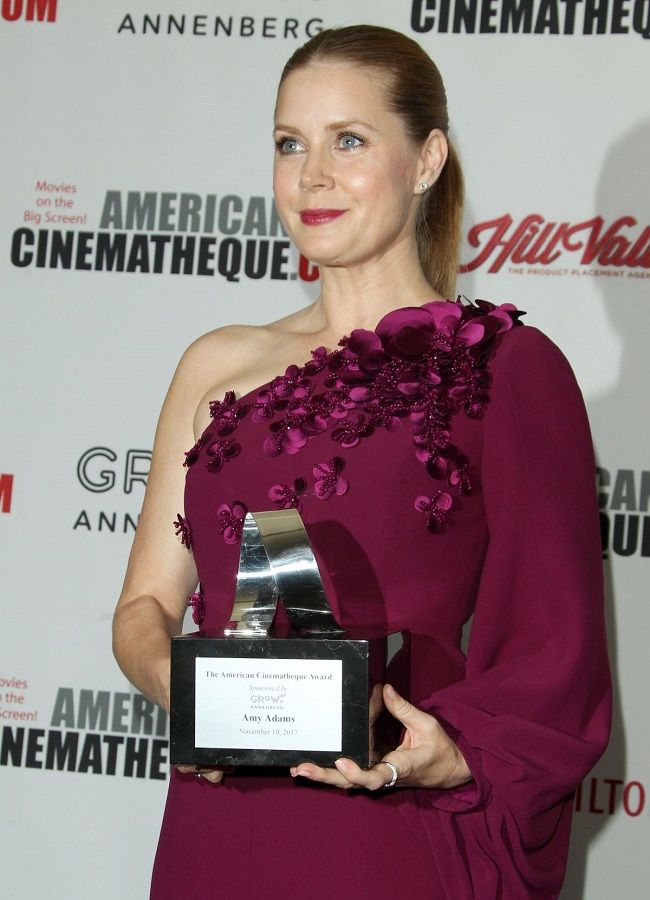 Amy is not very much active on social media platforms. Recently she joined Instagram and has earned more than 267K followers.