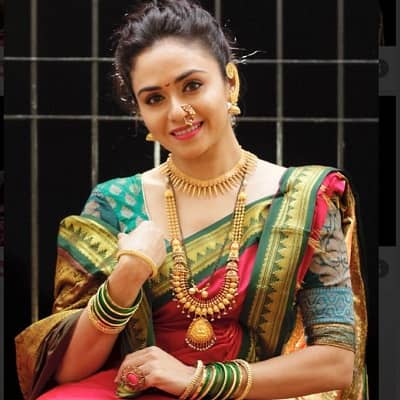 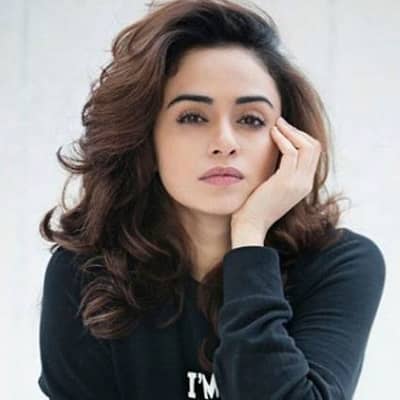 Amruta Khanvilkar was born on 23 November 1984, in Pune, Maharastra, India, and is currently 37 years old. Her father’s name is Raju Khanvilkar, and her mother’s name is Gauri Khanvilkar. Likewise, she also has a sister named Aditi Khanvilkar. Aditi is younger than her. According to astrology, she has Sagittarius as her zodiac sign. She holds an Indian nationality and follows Hinduism as her religion.

Talking about her formal educations, she completed her schooling at Ashok Academy in Mumbai. Later, she attended St. Xavier’s College, Mumbai. There she graduated in commerce and economics. 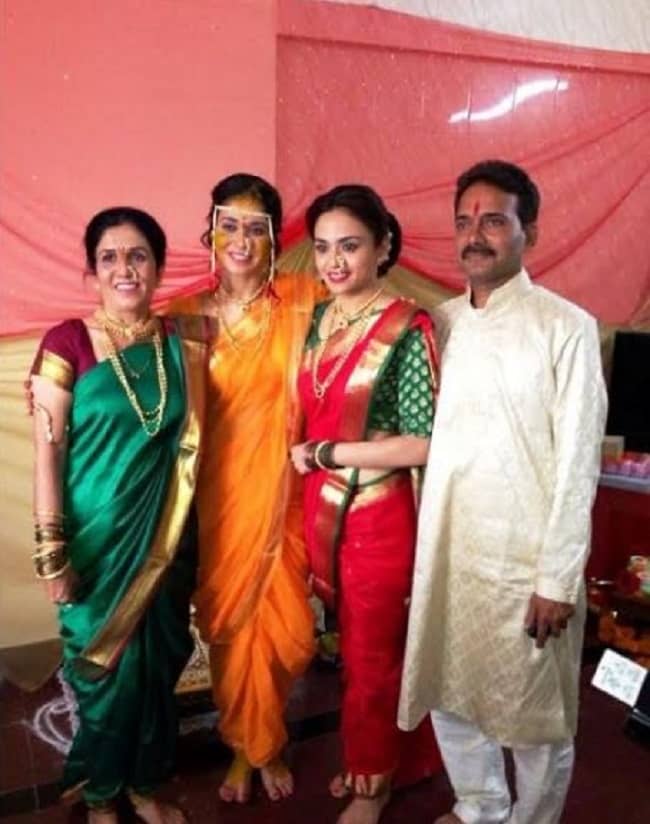 Amruta Khanvilkar, today is a household name. She has established herself as a successful actress. The star has played numerous roles in small screens and bigger ones too. She first professionally faced the camera when she participated in a talent hunt show; India’s Best Cinestar Ki Khoj, back in 2004. To add on more of her television journey, she made appearances in shows like; Ada, Time Bomb 9/11, Dance Maharastra Dance 1, Nach Baliye 7, Jhalak Dikhla Jaa, 24, 2 MAD, Dance India Dance season 6, Sur Nava Dhyas Nava, etc. Recently she was seen Khatron Ki Khiladi season 10.

Furthermore, she has also continued her acting journey in films too. She has appearances in both Marathi and Hindi movies. Some of her Marathi movies are; Golmaal, Saade Maade Teen, Gair, Natarang, Fakta Ladh Mhana, Ani… Dr. Kashinath Ghanekar, etc. She was recently seen in Well Done Baby in 2021.

Similarly, some of her Indian movies are; Malang, Raazi, Damaged, Satyameva Jayate, Himmatwala, Phillum City, Phoonk 2, Phoonk, etc. She has still many projects undergoing and some of which are about to be released. We will be seeing more of her in the coming future too. Apart from it, she has also walked on various fashion shows as a model, and even featured in cover pages of magazines. 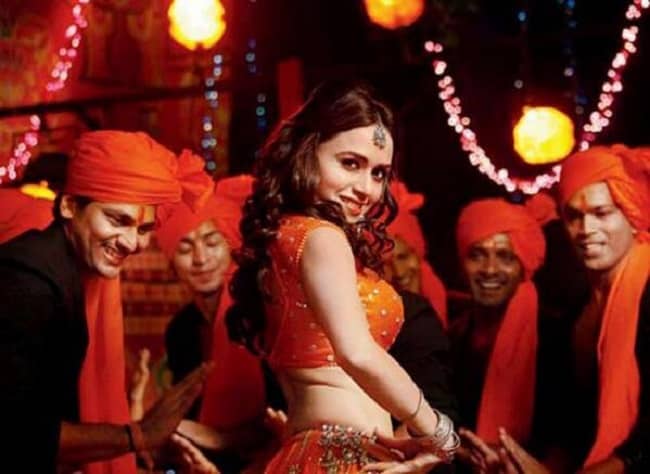 Caption: Amruta Khanvilkar dancing over a song in the movie Himmatwala (Source: Twitter)

Amruta lives an opulent lifestyle with her husband. She has earned a good amount of money from her works on different projects. The total net worth of her is about $20 million US dollars as of 2021.

She has also received the Zee Talkies Maharastrachi Favourite Nayika trophy in the year 2017.

Moving on towards her interesting romantic life. Today, she is married. She tied the knot with Himmanshoo Malhotra on January 24, 2015, in Delhi among the relatives. Himmanshoo is a TV actor. They started seeing each other after meeting on the set of the TV reality show India’s Best Cinestars Ki Khoj in 2004.

Though they separated for some time in between, they got patched up. Today, they enjoy a beautiful romantic life. However, they do not have got any children yet.

She once got into a controversy with her husband. It was in 2015 when they were participating on Nach Baliye and they violated rules and urged fans to vote for them before a day of final performances. They received huge criticism for it.

Amruta Khanvilkar has a good-looking face and a striking appearance. The has height of 5 feet and 4 inches. Likewise, she weighs 52 kg. The color of her hair is black. And, she has dark brown colored eyes. Moreover, talking about her body measurement, her figure comes to; 34 inches breast, 25 inches waist, and 36 inches hips. 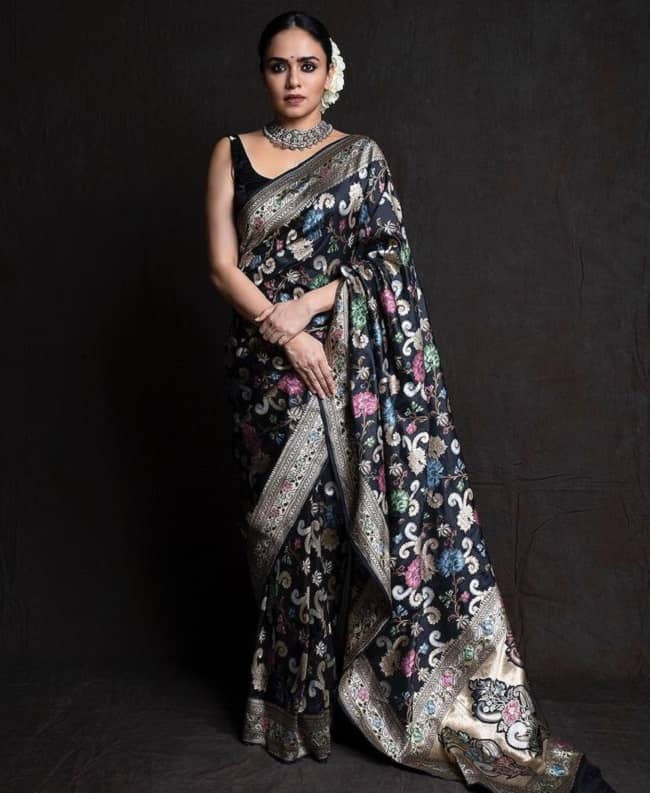