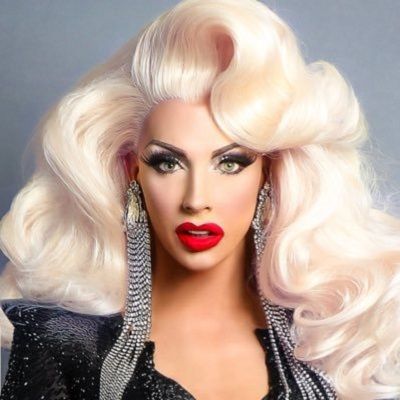 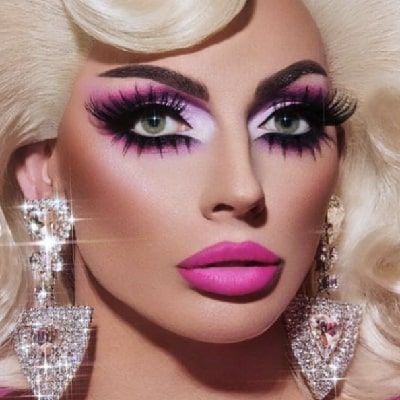 Alyssa Edwards is the stage name of Justin Dwayne Lee Johnson. He was born on 16 January 1980 and he is currently 40 years old. He is originally from Mesquite, Texas, a small suburb of Dallas and he comes from a middle-class family. His mother’s name is Sherrie Johnson and he has a sister named Tabatha. Other than Tabatha, Justin has six other siblings but their names are unknown. His father’s name and occupation are also unknown.

Justin is an American by nationality but his ethnicity is unknown. Further, Justin attended West Mesquite High School which is located in his hometown. Other than this, there is no information available about his family and education.

How did Alyssa enter the world of drag?

As a child, Alyssa watched shows such as Who’s the Boss? and actor Alyssa Milano was a part of the show. This actor served as an inspiration for the young Justin to choose his stage name in later years. His parents enrolled him in a football league when he was 7 years old.

However, he preferred cheerleaders and the work they did, the way they looked, and the way they did their makeup rather than the football game. Later, after he injured himself while playing football, he spent less time playing and more time observing the cheerleaders.

Moreover, he quite early that he was different from the other boys his age. His mother was always supportive and his uncle, who was a gay actor working at a theater in Texas, was also very supportive from an early age. She also visited his uncle during his performances many times and he was highly influenced by these shows. Additionally, Justin’s uncle was the first person to identify hidden talent in Justin and urged his parents to enroll him in dance classes.

Later, Justin started attending jazz-dance lessons and also enjoyed dancing and choreography. He spent many hours before and after his classes just sitting and observing other dancers. After returning home, he would practice feminine dance moves with his sisters. Justin was a teenager at that time and decided to pursue a career in drag.
The Texan society around his hometown was not too progressive, and hence he received quite a lot of criticism from his parents and relatives. However, Justin decided to ignore everything and pursue his dreams.

Alyssa Edwards is an American entertainer, choreographer, drag performer and TV personality. He was a gifted dance instructor and accomplished performer in the drag pageantry scene before rising to international fame on the fifth season of RuPaul’s Drag Race. On this show, he became a fan favorite quite quickly.

In the year 2012, Justin was chosen as one of the 14 drag queens to compete on the fifth season of RuPaul’s Drag Race. There, he immediately rose to fame for his candid testimonials, outrageous tongue-pops, and quirky personality. One of her main competitors on this show was Coco Montrese. Coco won the title of “Miss Gay America 2010” after he was stripped of the honor.

Although he was eliminated in the ninth episode, she ended up at the sixth spot in the final ratings. Additionally, he was one of the most popular contestants on the show and hence got invited for the podcast RuPaul: What’s the Tee? 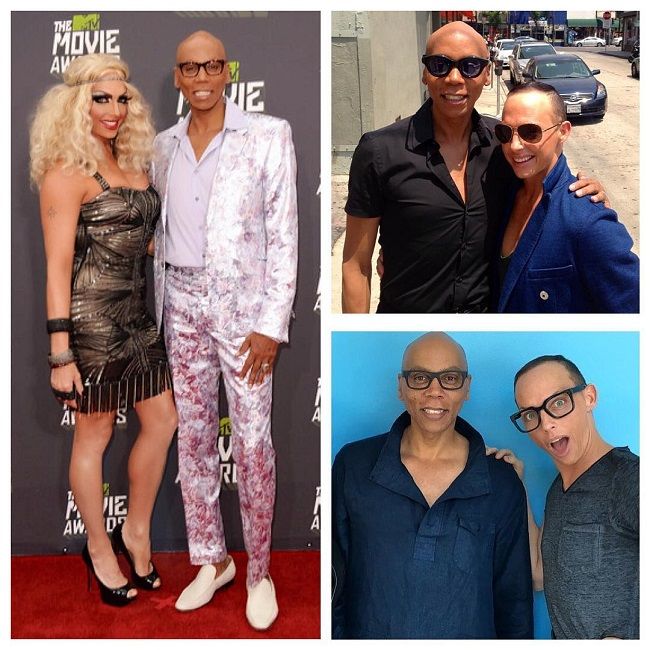 In the year 2016, he returned as one of 10 contestants in Season 2 of RuPaul’s Drag Race: All-Stars. Here too, he stole the hearts of the audience and ended up as fourth runner-up of the show. The Alyssa Edwards persona quickly became a household name in many countries with his personal appearances and tours spanning the globe. Justin balances his time between international bookings and teaching dance in his hometown. He performs to fans throughout North America, Europe, Asia, and Central and South America.

Justin also owns and runs an award-winning dance studio, Beyond Belief Dance Company. He and his dance studio are the centerpieces of the Netflix Original docuseries Dancing Queen. RuPaul and World of Wonder produced the docu-series and it is currently in its first season.

Prior to International Fame

Prior to all this, Justin entered a gay bar for the first time at the age of 19 in Dallas, Texas. The vibe of the bar greatly influenced and inspired him. A few days later, Justin saw a poster for an amateur show and immediately decided to participate in it. By the time he participated in the show, Justin was already an exceptional dancer and theater actor.

Later, Justin met Laken Edwards, a popular drag queen and also received guidance from him. Justin then adopted the first name “Alyssa” and the last name “Edwards” and hence marked his association with the Haus of Edwards.

Alyssa began appearing in beauty pageants since the year 2004. He was the winner of several gay pageants over the next few years. Some of them are:

All the above titles are what he won over the years. Other than these, he also participated in several other pageants and won first alternate, second alternate, and third alternates in many of these pageants. Unfortunately, in the year 2010, he faced a major career roadblock when her title “Miss Gay America 2010” was withdrawn due to a conflict of interest. The same year, she was also stripped of her “All American Goddess” title.

Alyssa also appeared in TV shows and movies. He appeared as Ambrosia Salad in the comedy movies Hurricane Bianca and Hurricane Bianca 2. The drag queen also appeared as herself in Pageant, a documentary that focused on the 34th Miss Gay America pageant held in 2004. It received rave reviews from critics and also won awards at the Florida Film Festival and Chicago Image Out Festival. 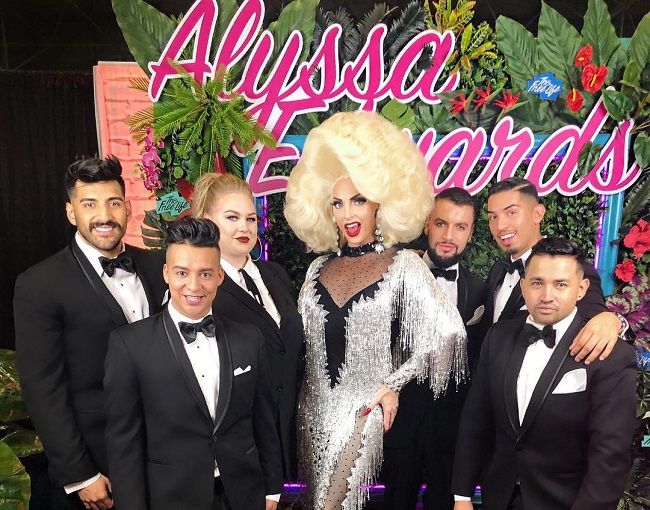 Additionally, there are two we series focusing on him, both of which are produced by World of Wonder. One is Alyssa’s Secret that aired from 2013 to 2020 and another is Alyssa Raw released in 2019. In Alyssa’s Secret, he spoke on a variety of topics and guests were also invited from time to time. Many of the guests were fellow drag queens from the Haus of Edwards.

Besides winning several titles in Gay Pageants, Alyssa also won “The Wishful Same Award” at the WOWIE Awards in the year 2018. He has also won the hearts of viewers alongside ending up in 6th and 5th spots in the RuPaul’s Drag Show. 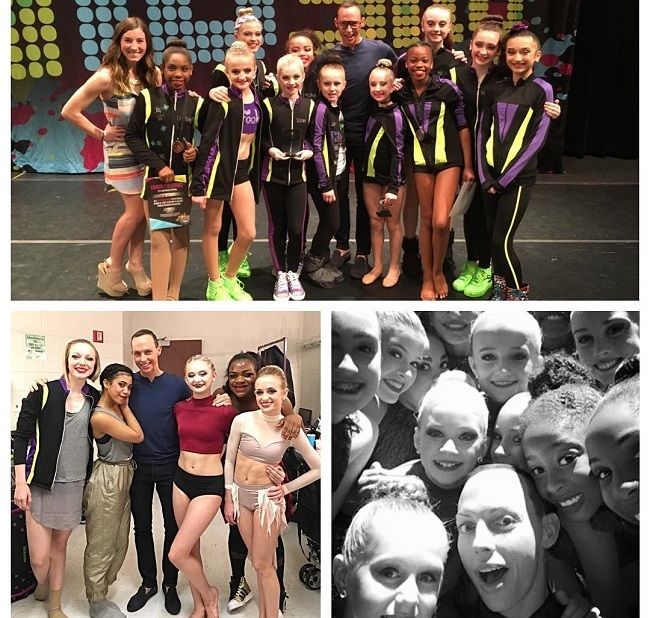 Caption: Alyssa Edwards with the children from “Beyond Belief Dance Company”. Source: Instagram

Justin dated a man named in 2014. He openly accepted his relationship through interviews, YouTube videos, and social media posts. As per the interview with the Elite Daily in October 2018, Justin is dating dance instructor Manny Silveyra. Further, he also talked about plans to celebrate the wedding and looking fabulous during an interview with WOWPresents.

Moving on to his social media visibility, he is active on Instagram @alyssaedwards_1 account @alyssaedwards_1 and has 1.8 million followers. As of March 2020, he has shared 769 posts, which are mostly about career, shows, and dance studio.

Similarly, he is also available on Twitter, which was created in November 2012 and so far has 463k followers. Additionally, his Facebook page has 282.8k followers and 278.7k likes. For bookings, we can contact him at booking saywhatentertainment.com. And for PR, we can contact at [email protected]