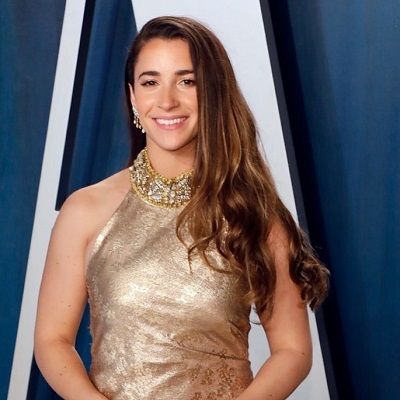 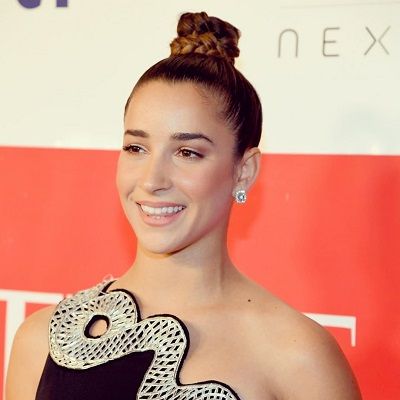 Aly Raisman is an American gymnast who has won six Olympic medals and is the World Champion. Aly Raisman is also a member of the U.S. women’s gymnastics team.

Aly Raisman was born on 25th May 1994 and is currently 26 years old. Her real name is Alexandra Rose Raisman and her zodiac sign is Gemini. Aly was born in Needham, Massachusetts, the United States of America. Likewise, her nationality is American and is Jewish. However, there is no information about her ethnicity.

Likewise, Aly is the daughter of Rick Raisman and Lynn Raisman. Similarly, she has three sisters named Chloe Raisman, Brett Raisman, and Madison Raisman. Aly is the eldest daughter out of four daughters. Furthermore, reflecting upon her educational background, Aly completed her entire schooling from Needham High School. Later she went to Babson College to complete her further education.

Aly started practicing gymnastics at the age of two. Moreover, she is the daughter of two athletic parents as her father used to play hockey and her mother was a gymnast at high school. Likewise, she along with her mother joined the ‘Mommy and me’ classes and she took the sport immediately. Similarly, she started her training to an intense level at the age of 10. She started her training with famous Sylvie Brestyan and Mihai at American Gymnastics Club in Burlington, Massachusetts. Likewise, Aly started competing at the age of 14. She participated in the junior competition at the 2009 CoverGirl Classic and became 12th in the overall competition. Furthermore, she won the junior vault event at the American Classic in the same year, in 2009. 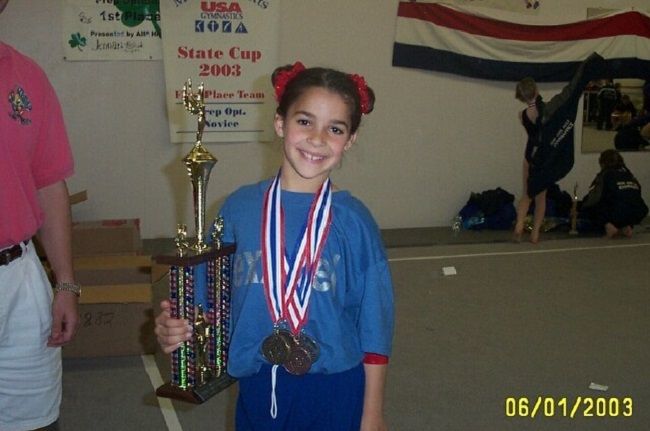 With the passage of time, Aly soon proved everyone that she is the world-class gymnast with her achievements. On the year 2010, she was the part of the silver medal-winning team at the World Championships and receiving three bronze medals at the Visa National Championship. Followed by this, on the year 2011 she won the bronze medal in the CoverGirl Classic. Moreover, Aly along with her teammates, Gabby Douglas, Jordyn Wieber, Sabrina Vega and McKayla Maroney received the gold medal at the World Championship.

Likewise, at the age of 18, Aly became the caption of U.S. Olympic women’s gymnastics team. Similarly, on July 2012, she competed at the London Olympics. Moreover, Aly along with her teammates Gabrielle Douglas, McKayla Maroney, Kyla Ross, and Jordyn Wieber the group ‘Fierce Five’ achieved the gold medal. Apparently, this was the first gold medal American women’s gymnastic team won since 1996. Moreover, in the individual all-around, Aly won a bronze medal in the balance beam and second gold medal in the floor final.

Furthermore, in the year 2016, Raisman along with her fellow teammates, Simone Biles, Gabby Douglas, Madison Kocian, and Laurie Hernandez made it to the U.S. Olympic team after Dominique Dawes and Amy Chow in 2000. Aly was the oldest member of the 2016 Olympic Women’s Gymnastics team. Furthermore, she along with her team made an impressive performance on the vault, balance beam, and floor making U.S. win gold. It was the third win by American women’s gymnastic team followed by their victory in 1996 and 2012. On the individual round, Aly received the silver with a score of 15.500 making her the first American gymnast winning the competition in the Olympics. Likewise, her teammates Biles got the gold.

Besides this, Aly has also co-starred in the ‘Girls Like You’ music video by Maroon 5 featuring Cardi B. Likewise, she along with her fellow teammate Biles appeared on the popular sports magazine Sports Illustrated Swimsuit Issue. Likewise, she released the memoir book, ‘Fierce: How Competing for Myself Changed Everything’ in November 2017. Similarly, Aly did a cameo appearance in the 2019 movie ‘Charlie’s Angels. Furthermore, she became the brand ambassador of Kid Power Champion of ‘UNICEF Kid Power’ in the year 2016.

In November 2017, Aly came forward reporting the sexual assault charge against former Olympic team physician Larry Nassar. Followed by this, she appeared on the 2018 edition of the Sports magazine, Sports Illustrated Swimsuit Issue to show the empowerment for women. Moreover, she filed a lawsuit against USA Gymnastics and the USOC claiming they ‘knew or should have known’ about the ongoing abuse. Further, it was announced to award the victims with the ARTHUR ASHE COURAGE AWARD on 16th May 2018.

Throughout her career in gymnastics, besides numerous medals through state cup and other achievements, her bigger achievement is being a two-time Olympian being the World Champion. Likewise, in the London 2012 Olympic Games, Aly won gold for (team, floor exercise); bronze (balance beam); 4th (all-around). Similarly, in Rio 2016, she won the Gold for the whole team and silver for the (all-around and floor). Furthermore, Aly participated in the World championship thrice, in 2010, 2011 and 2015. She won two gold and one silver for the team and 1 bronze in the (floor exercise).

Aly is an American gymnast and her primary source of income is through sports. Likewise, she started her career from early age and her net worth is $2 million. However, there is no information about her asset values.

Being an athlete, Aly has a fit physique with a slim body type. Likewise, she stands 5 feet 2 inches (62 inches) tall and weighs around 52 kg. Similarly, her body measurement is 30-23-30. Regarding her physical appearance, Aly has fair skin with dark brown hair color and brown eyes. 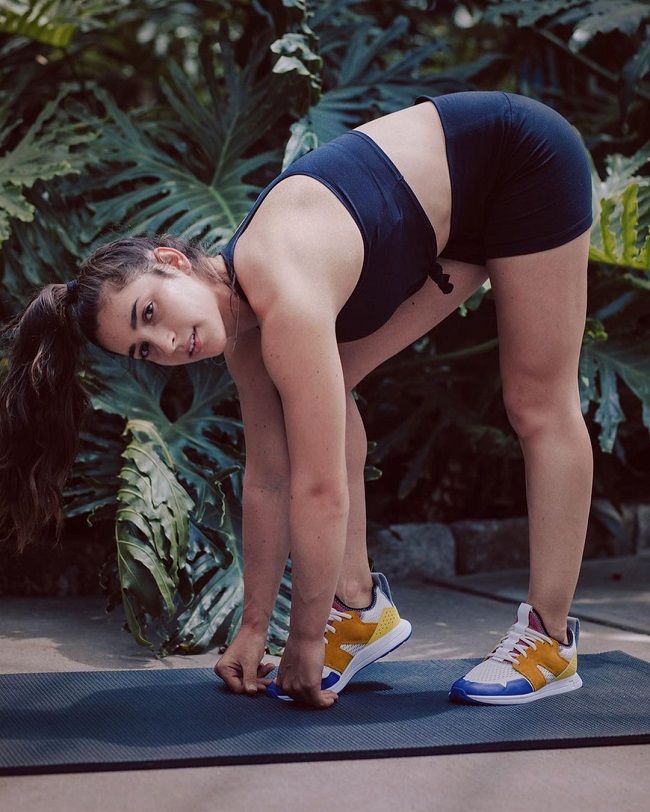 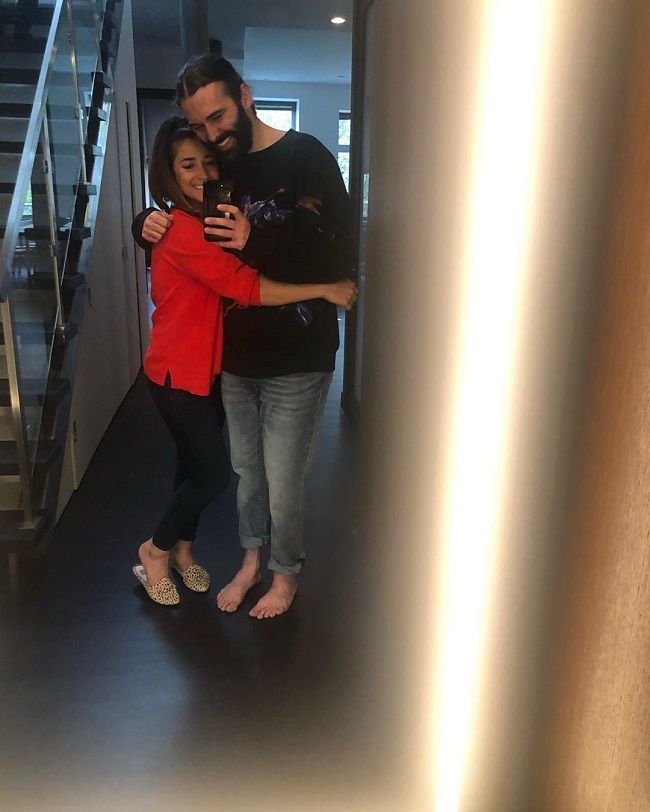