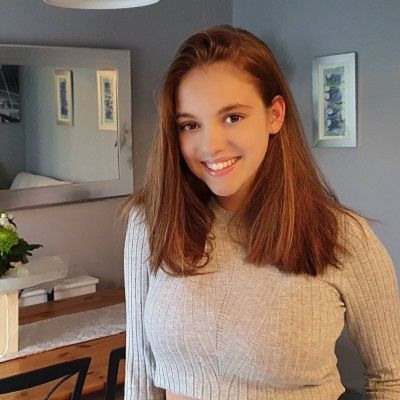 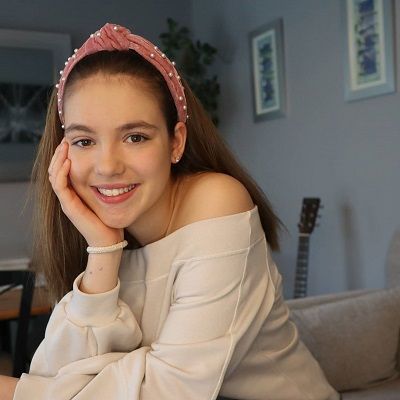 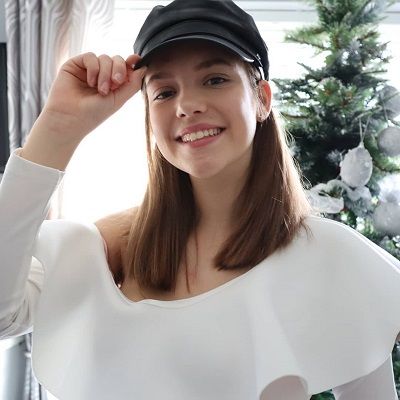 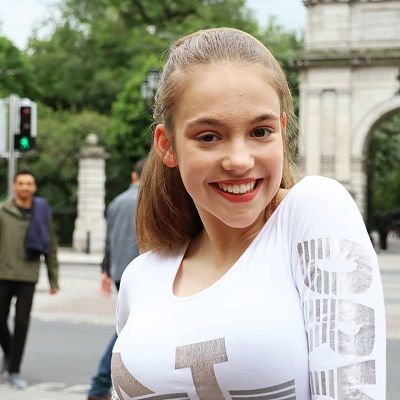 Allie Sherlock is a famous Irish singer, guitarist, and YouTube star. Allie Sherlock gained prominence as a cover artist after her cover version of Ed Sheeran’s ‘Supermarket Flowers became viral on the internet.

Allie Sherlock came to this world on April 7, 2005. Her birthplace is Cork, Ireland. Her age is 17 years old and her birth sign is Aries. She is Irish by nationality but her ethnicity is not known.

Her father’s name is Mark. There is no further information related to her family members.

But according to some online sources, her mother passed away when she was just nine years old. However, she found her voice when she lost her mum.

She is now focusing on her academics. Additionally, her father does not want her to become an entertainment professional at such a young age.

He wants her to pursue her studies first and then make a career as a music artist. Moving toward her educational background, in 2016, she left primary school and is now home-schooled. 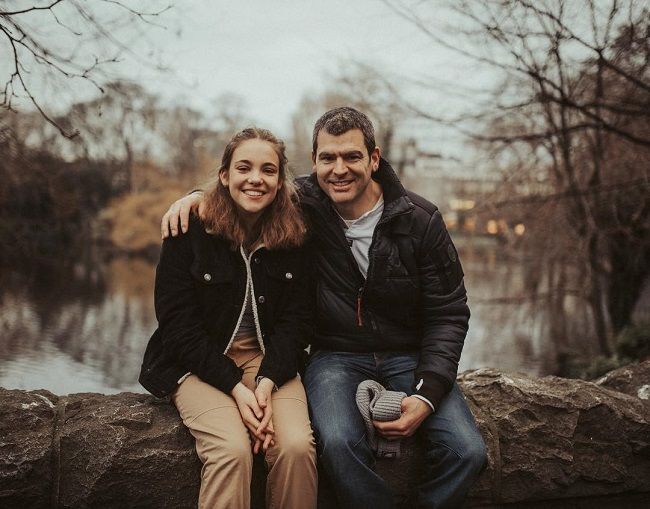 Allie Sherlock and her dad posing for a photo. Source: Instagram

She often travels to Los Angeles for her work commitments. She likes to spend her spare time holding a guitar, writing, and writing songs. Football is one of her favorite games to watch.

She is an animal lover. Apart from singing, she is very good at Gymnastics. She likes to spend her spare time holding a guitar, writing, and writing songs.

Allie Sherlock is active on different social networking sites. She has garnered 2.2 million followers on her Instagram account.

Her self-titled YouTube channel has earned over 5.52 million subscribers. Moreover, [email protected] is her Gmail account for dealing with business with her.

A young and talented social media personality, she surely pockets a handsome amount of money. She has an estimated net worth of $3 million.

It includes income & earnings from her YouTube channel, donations, shows, concerts, and other paid commercial advertisements.

In 2015, Allie Sherlock began playing the guitar. Interestingly, she and her father started their guitar lessons together. But, she was not allowed to sing back then.

And after a year, she started playing the guitar professionally and focused on making a career in the domain of music. She started her music career by singing covers of popular tracks.

Soon, she began posting her cover songs on her YouTube channel, which she had created on December 26, 2014. She rose to fame after she posted her cover version of Ed Sheeran’s ‘Supermarket Flowers.’

The video became viral overnight, and She became a star. She began performing cover songs regularly.

Moreover, she represented Ireland at the Junior Europa Song Contest 1 in Berlin, Germany with a cover from Iselin’s “Faded”. She finished in the ninth edition with 55 points.

Furthermore, some of her cover versions that have crossed a million views are ‘IDGAF’ by Dua Lipa, ‘Hallelujah’ by Leonard Cohen, ‘Flashlight’ by Jessie J, ‘Friends’ by Anne-Marie and Marshmello, ‘Perfect’ by Ed Sheeran, ‘I Don’t Know My Name’ by Grace Vanderwaal.

In addition, some others are ‘Faded’ by Alan Walker, ‘Little Do You Know’ by Alex and Sierra, ‘Dusk Till Dawn’ by Zayn, ‘When We Were Young’ by Adele, and ‘Uncover’ by Zara Larsson.

She has earned a huge number of fan followings also by documenting her street-side performances. Her most popular video titled “OMG HIS VOICE IS UNIQUE- Michael Jackson – Billie Jean | Allie Sherlock & Fabio Rodrigues cover” has gained more than 56 million views. 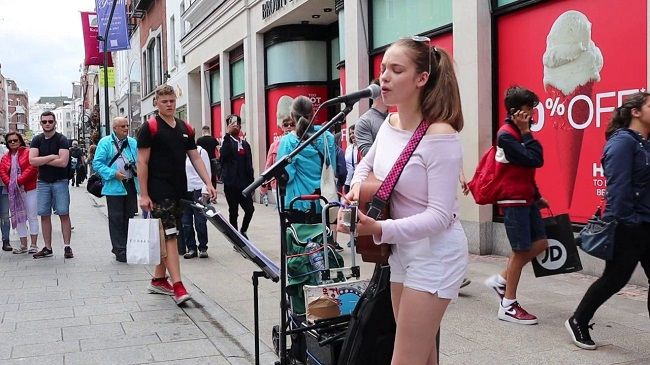 Her fame earned her an invite to one of the most popular talk shows in the US, ‘The Ellen DeGeneres Show,’ in 2017.

But, she turned it down because her father thought she was too young to handle such media attention. He wanted her to pursue her education first.

Nevertheless, she received the offer to appear in the show again in 2018. She accepted the offer this time. And finally, she appeared on ‘The Ellen DeGeneres Show on January 29, 2018.

There, she performed the cover version of the song ‘Million Years Ago’ by Adele and got a standing ovation for her performance. And following the show, she was referred to as the next Adele.

Moreover, in February 2018, she signed a five-year contract with ‘Patriot Records,’ a company owned by ‘One Republic’ lead vocalist Ryan Tedder.

And according to the contract, she has to release at least three albums with Tedder.

Moreover, some of her Instagram pictures revealed that she is working with pop star Charlie Puth, who was introduced to her by Tedder. However, she often performs at events such as weddings.

She performed with the RTÉ Concert Orchestra as part of the final episode of RTÉ’s Home School Hub in June 2020.

More in 2020, she took part in a collective of female artists called “Irish Women in Harmony”, which recorded a version of Dreams in aid of a domestic abuse charity.

Allie Sherlock is very young and has no time for love affairs. In one of her interviews, she said that she is not interested in a relationship instead she is completely focused on her studies and musical career.

She has never dated anyone to date. Likewise, she has always stayed away from rumors or controversies and has maintained a very clean profile. She is single as of now.

The pretty girl stands tall at a height of 5 feet 3 inches. She weighs around 50 Kg or 110 lbs. Moreover, her chest-waist-hip measurements are 32-25-33 inches respectively.

Moreover, she wears a shoe size of 4 (UK) and her dress size is 2 (US). She has brown eyes and blonde hair. 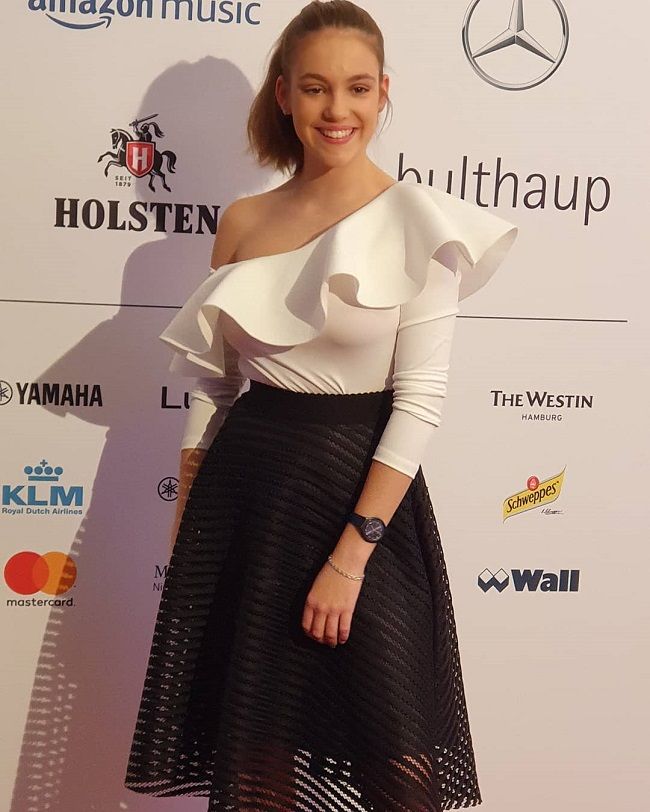 Allie Sherlock on the red carpet in The Elbphilharmonie in Hamburg, Germany. Source: Instagram