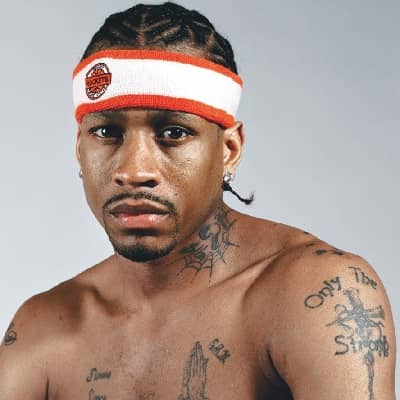 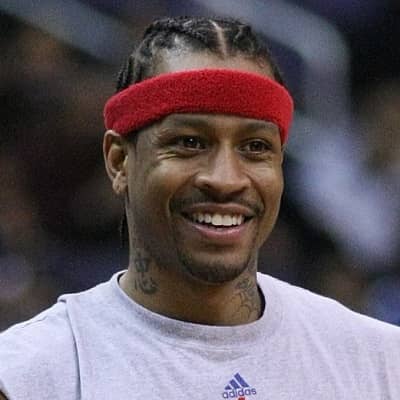 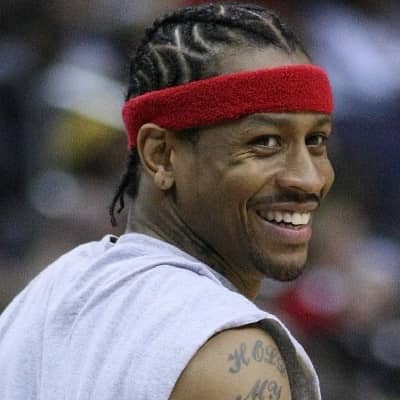 Allen Iverson was born on June 7, 1975. His present age is 47 years old and his zodiac sign is Gemini. His birthplace is Hampton, Virginia, United States. Moreover, his mother is Ann Iverson and his father is Allen Broughton. His mom was a single 15-year-old mother when Allen was born. Therefore, his father left his mother.

His mom moved with her infant son to Newport News, Virginia, an apartment of her new boyfriend Michael Freeman. Michael became the father figure in Iverson’s life. During his early childhood years, he was given the nickname “Bubba Chuck”. 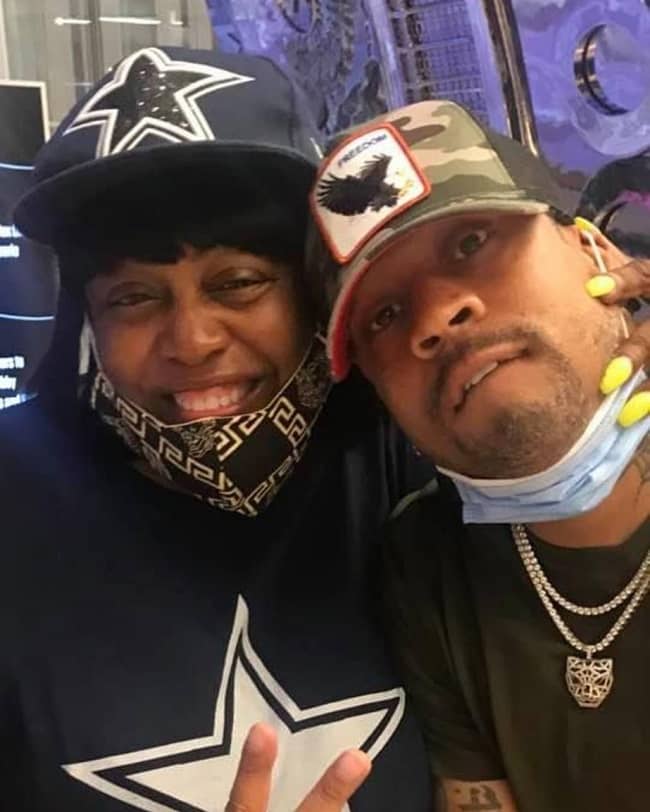 On February 14, 1993, he and many of his friends were involved in an altercation with several other patrons at a bowling alley in Hampton, Virginia, USA. Despite differing accounts of what transpired, he claimed he left before the fighting even started. Therefore, he was convicted of three felony counts and sentenced to 15 years in prison.

In the year 1995, as a member of the ‘USA World University Games,’ Allen led the U.S.A team to a 141-81 victory over the host country, Japan. Therefore, the team won the gold medal for that year. Similarly, in the year 1996, after he had played 2 seasons for ‘Georgetown University,’ he was selected in the NBA draft by the ‘Philadelphia 76ers’.

In the 1998-99 season, Allen averaged 26.8 points, leading the league and earning his first scoring title. And, this gave him a chance to be a part of his first All-NBA team and play in the playoffs. Moreover, before the 1999-2000 season, he signed a six-year contract extension for a sum of $70 million.

In the year 2000, during the off-season, he had many disagreements with Coach Larry Brown and the team attempted to trade him to ‘Detroit Pistons.’ Moreover, in the 2000-01 season, Allen steered his team to victories in ten games.

Likewise, in the 2002-2003 season, Allen averaged 27.6 points per game, helping ‘The Philadelphia 76ers secure a win over ‘The New Orleans Hornets in the 1st round of the playoffs.

However, later, his team lost to the ‘Detroit Pistons in the 2nd round. Further, in the year 2003, Allen represented Team USA in the ‘FIBA Americas Olympic Qualifying Tournament’ held in Puerto Rico. Therefore, the team received the gold medal. 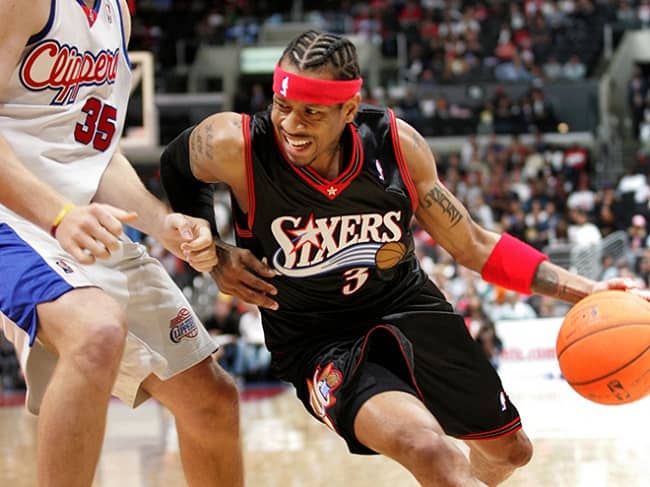 Caption: Allen Iverson while playing. Source: For The Win

In the year 2004, Allen led the roster for the US Olympic Team along with Tim Duncan and Stephon Marbury. However, the team competed in the 2004 ‘Athens Olympics’ and won the bronze medal. Moreover, in the 2004-05 season, Allen earned his fourth NBA scoring title. Further, on December 19, 2006, this player was traded with the ‘Denver Nuggets.’

And, on November 3, 2008, the ‘Denver Nuggets’ traded Allen with the ‘Detroit Pistons.’ However, following this, the player changed his jersey number from three to one. Allen signed a contract with the ‘Memphis Grizzlies’ for one year on September 10, 2009. But, he quit playing for the team in November 2009.

Likewise, in the year 2009, he returned to play for the ‘Philadelphia 76ers’ and was welcomed into the team. However, in the following year, he left the team stating the health issues of his daughter as the main reason. Later, it was announced that he would not return to the team. Further, in October 2010, Allen signed a contract with the Turkish professional basketball team ‘Beşiktaş Basketbol.’ 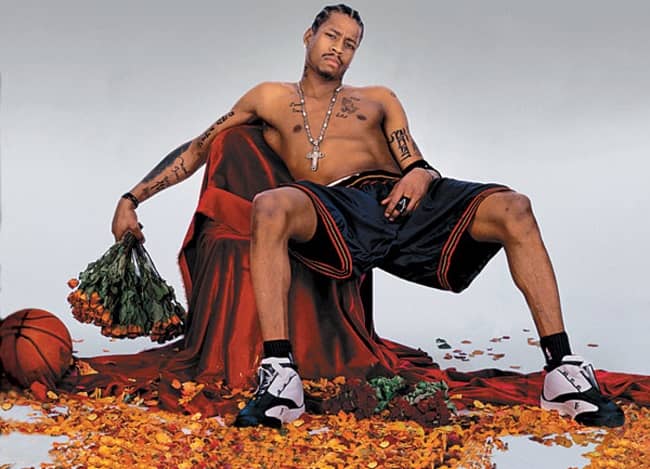 However, on October 30, 2013, Allen officially announced his retirement in the company of his former Georgetown Coach John Thompson and Sixers’ great Julius Erving. Moreover, in 2017, musician and actor Ice Cube founded a 3-on-3 basketball league named ‘BIG3’. Allen joined the league as player-coach for the team ‘3’s Company.’

Allen won the ‘NBA Rookie of the Year Award’ in the year 1997. Similarly, in 2001, this player was honored as NBA’s ‘Most Valuable Player.’ Further, he was also inducted into the ‘Naismith Memorial Basketball Hall of Fame’ in the Class of 2016.

Allen dated his high school sweetheart Tawanna Turner when they were 16. And, he married her at The Mansion on Main Street in Voorhees, New Jersey. Together, the couple has five children namely Tiaura, Allen II, Isaiah, Messiah, and Dream.

Further, on March 2, 2010, Tawanna filed for divorce, seeking custody of their children. And, as well as child support and alimony payments. According to Allen, they were back together less than a month after the divorce was finalized in the year 2013. 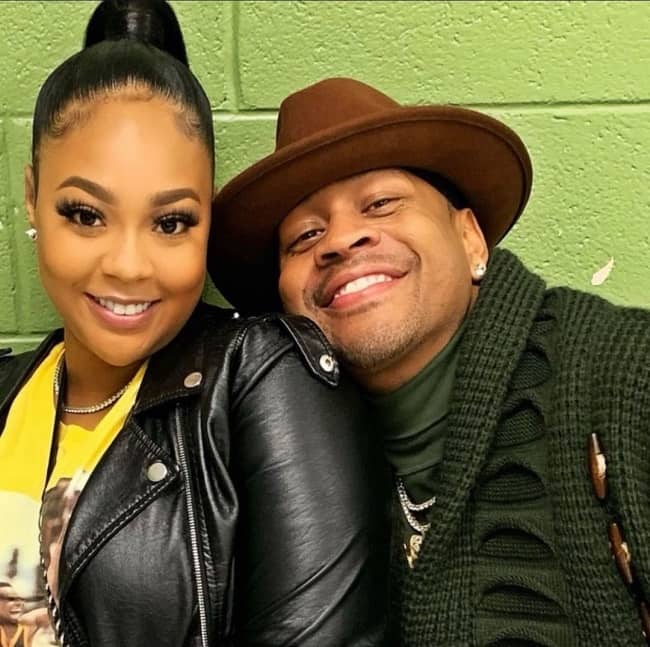 This player stands tall at a height of 6 feet (1.83 m). Similarly, he weighs 75 kilos (165 lb). This player has dark brown eyes and his hair is black. Moreover, detailed information regarding his other body stats is unavailable.

This professional former basketball player has a net worth of $1 million.