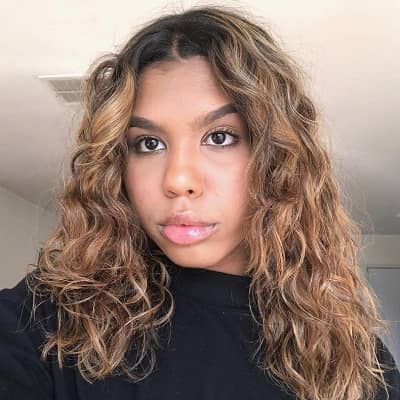 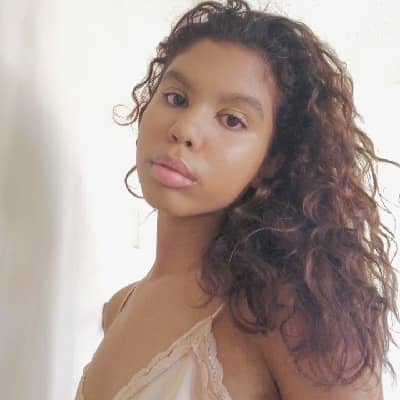 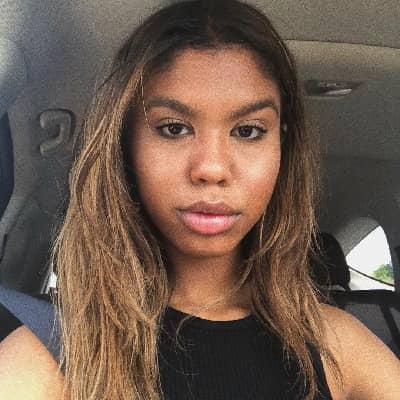 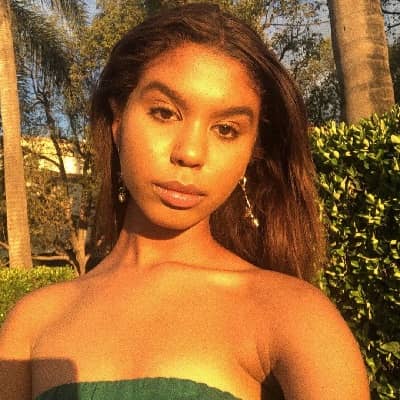 Aliyah Moulden is an American singer and actress. Aliyah Moulden made a name for herself in 2017 competing in the top 10 as a member of Blake Shelton’s team on the twelfth season of ‘The Voice’.

Aliyah Moulden was born in Annapolis, Maryland, USA. Her date of birth is August 14, 2001. As of 2022, she turns 20 years old and her birth sign is Leo. Her mother’s name is Martha Leticia Jimenez and her father died when she was too young to remember him. Moreover, she has an older brother named Amir. She has African and Mexican ancestry.

Furthermore, she was named after the film and singer R&B sensation Aaliyah. Her favorite flowers are roses and her favorite fruits are Berries. Likewise, her favorite colors are Orange, Red, Pink. She attended the ‘La Habra High School’, in La Habra, California. 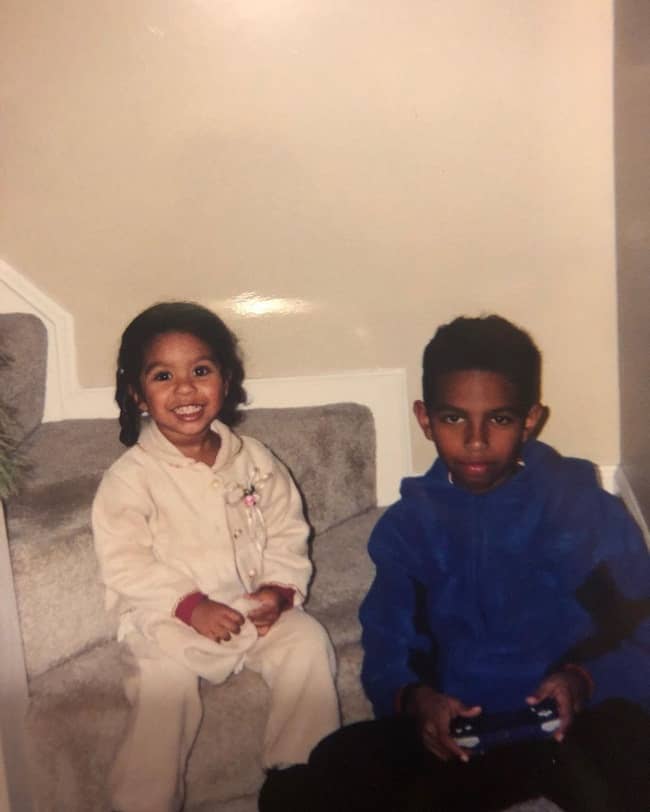 Aliyah set her commanding TV appearance as a contestant on The Voice 2017 achieving the top 3 positions with the assistance of a multi, award-winning coach, Blake Shelton. She is known as the Super-Power-Vocalist. She got to share the Voice stage with some of the music industry’s biggest names, including Miley Cyrus, Gladys Knight, Jennifer Hudson, Zedd, and Chris Stapleton, and she closed out her performance by singing a duet with Alessia Cara.

She knew at an early age she wanted to be a singer and perform professionally. She continues to work hard to achieve that dream. Her coach is acting coach to the stars Shaun Royer from the “Talent Development Program”. Moreover, she made her screen acting debut as a guest star on Jessie in 2012. She performed a cover of the Alessia Cara song “Here” on the Rock You Hair tour in 2018.

She is also featured in Pharrell’s song “Happy”. Balancing both acting and singing isn’t always easy, but she remains focused on achieving her dreams and goals. Just after The Voice, she landed her first lead role in “Anastasia: Once Upon a Time,” a Netflix original film that will debut in 2018. 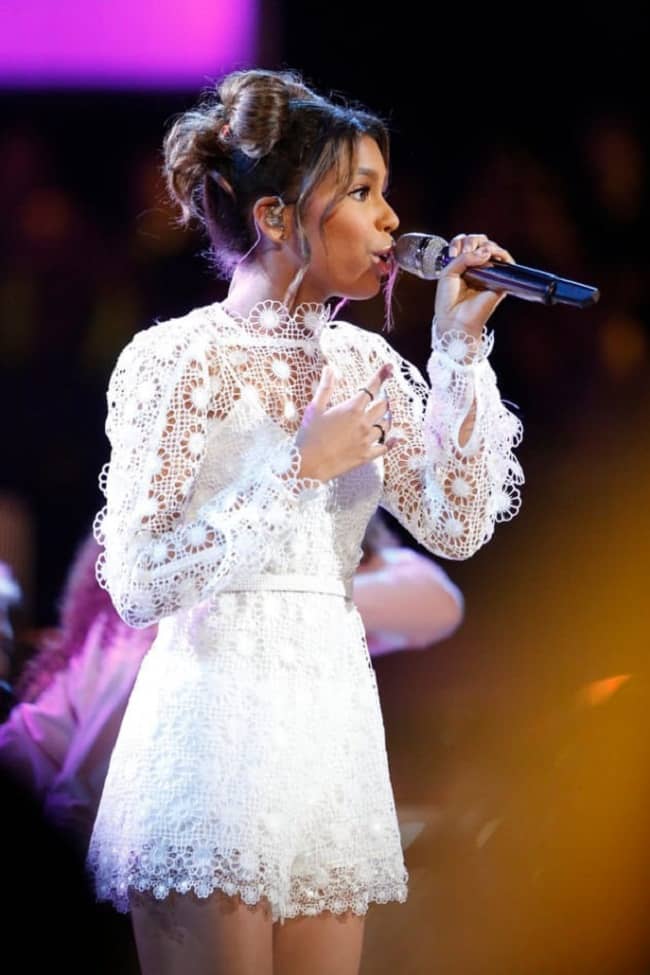 Caption: Aliyah Moulden while performing on the stage. Source: The Hollywood Gossip

She was cast as Luna, a recurring character on the popular YouTube series “Chicken Girls”, as well as her second feature, “Chicken Girls First Kiss: The Movie”, which will also debut in 2018. She has also appeared on “The Thundermans” on Nickelodeon, and “Young Sheldon,” on CBS.

Moreover, she has done opening acts for the cast of Disney Channel’s Shake It Up and for artists including Jesse McCartney and Todrick Hall. She has given several philanthropist performances for organizations like The Los Angeles Children’s Hospital Blood Drive and Relay for Life. Her style of music is a culmination of gospel and pop music.

Further, her music inspiration is drawn from her personal experiences in life and through artists like; Frank Ocean, Kanye West, Bruno Mars, Adele, Beyoncé, One Direction, Aaliyah, and Little Mix. Her music evokes a sense of fun and tropical adventure. Moreover, she debuted her anticipated single “Funny” in 2018.

Aliyah is single at the moment. There are no records of her past relationships. She has made a full focus on her career and is developing her skills. She has not made anyone specifically hers. Therefore, she has been able to balance her personal and professional life. Though, she has enough time to find her perfect match for herself.

She has a bold and amazing personality. Aliyah is quite tall and has a height of 5 feet 7 inches. Likewise, she has a matching weight of 55 kilos. Moreover, she has got a slander and curvy body figure. Therefore, her body measurements are 32-23-32 inches. She wears a bra size of 30B. She walks in a shoe size of 7 (UK). Further, she has dark brown hair and eyes of the same color. 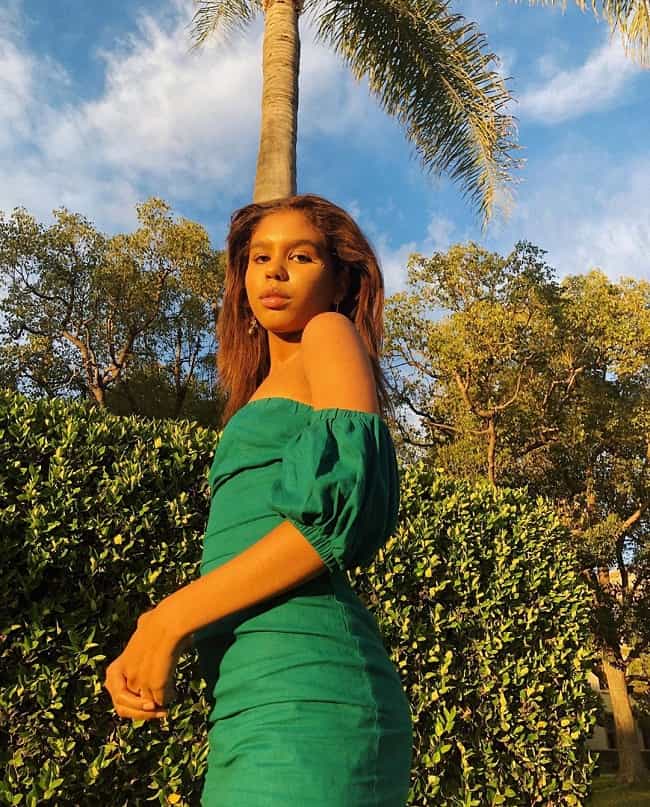 Aliyah is active and is famous on various social media sites. Her Instagram page ‘@aliyahmoulden’ has earned over 357K followers. She has gathered more than 23.7K followers on her Twitter account. Similarly, her Facebook page has gained over 10K followers. Further, she is also active and has a self-titled YouTube channel.