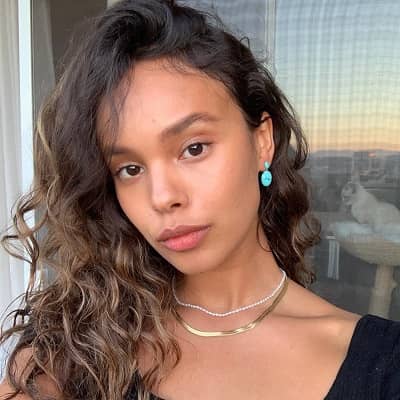 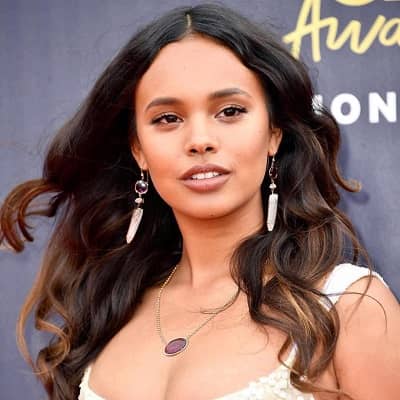 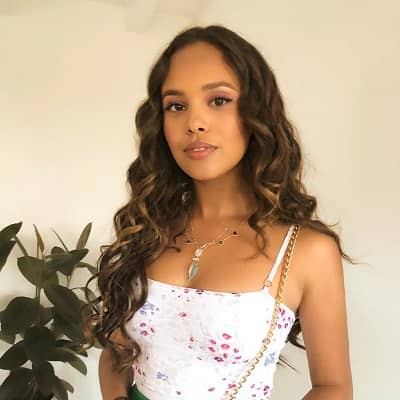 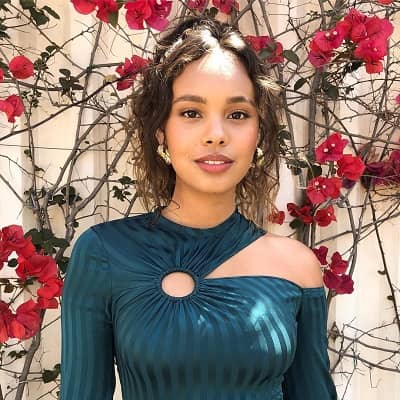 Alisha Boe is a young Norwegian-Somali actress. Alisha Boe gained immense fame for her role as Jessica Davis in the Netflix series “13 Reasons Why”.

Alisha Boe was born on March 6, 1997, and she is currently 23 years old. She hails from Oslo, Norway, and her zodiac sign is Pisces. Talking about her family, her mother’s name is Vibeke. Moreover, she is of Somali and Norwegian descent.

Similarly, her father is a Somali and her mother is a Norwegian, from Trondheim. At the age of 7, she moved to Los Angeles, United States. It was because her mother married an American man. Moreover, her full name is Alisha Ilhaan Bø and she also has a younger brother who she often features on her Instagram posts. 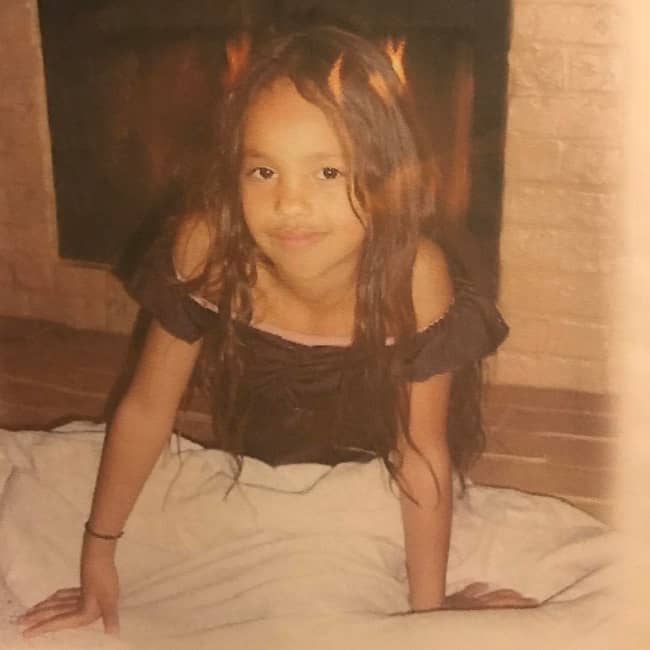 Caption: Alisha Boe posing for a photo in a childhood photograph. Source: Instagram

Regarding her educational journey, Alisha Boe attended El Camino Real High School (ECR or Elco). It is located in the Woodland Hills district of the San Fernando Valley region of Los Angeles, California. At this school, she was involved in the drama program.

Prior to this, she attended Woodlake Elementary School and two middle schools namely George Ellery Hale Middle School and Ivy Academia. She graduated from middle school at Hale. Moreover, shee attended Olin Virtual Academy for her junior and senior year of High School. She did so in order to balance her studies and work.

Alisha Boe is a young actress. She made her acting debut in the year 2008. She debuted as a young Lisa Swan in the horror film Amusement. In 2009, she appeared as Laci in the film He’s On My Mind. The same year, she appeared as Brooke in the short film Plastic Makes Perfect!

In the year 2012, she starred as Tara in the film Paranormal Activity 4 and also as Pretty Girl in the TV show Parenthood in its episode “Everything Is Not Okay”. 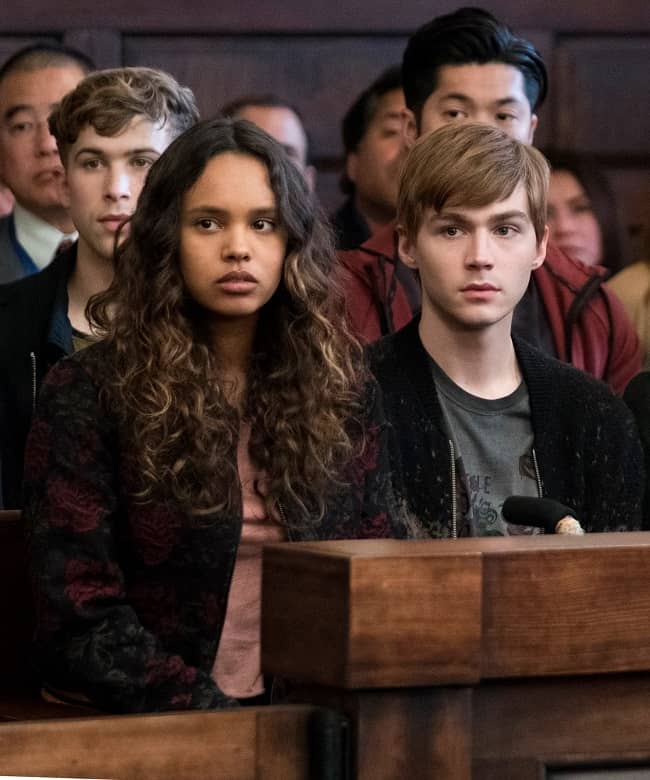 She started pursuing professional acting soon after graduation. She became the first actress of Somali origin to hold a leading role in an American film since Iman. Iman, aka Zara Mohamed Abdulmajid, is a Somali model, actress, and entrepreneur who is 65 years old while writing this biography.

Beginning in the year 2017, she played the character Jessica Davis in the Netflix series 13 Reasons Why. She gained immense fame for being one of the main characters in this series that aired from 2017 till 2020. 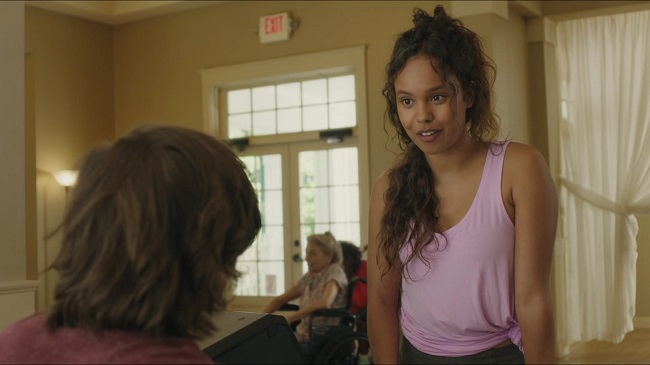 Before playing the role of Jessica Davis, she did her own research. The young actress consulted a family friend who was a rape survivor. This was to learn about the intricacies of a victim’s mind as Jessica in this series is also a rape survivor. This in turn helped Boe connect with the emotions of her character.

In the year 2018, she gave voice to the character Raina in the show Robot Chicken in the episode “No Wait, He Has a Cane”. A year earlier in 2017, she also appeared in the film 68 Kill in the role of the character Violet.

In the year 2019, sheAlisha Bo appeared in three different films. She starred as Alexa O’Connor in the film Gates of Darkness, as Chloe in Poms, and as Nina in Yes, God, Yes.

Alisha Boe is currently in a romantic relationship with a guy. However, she has not shared the name of her lover boy. Nevertheless, she has shared a few photos featuring him on her Instagram account. She also mentioned that her lover was “the best quarantine partner a girl can have”. She shared a photo featuring her lover for the first time on 10 April 2020 and mentioned that the photo dates back to “last summer”. 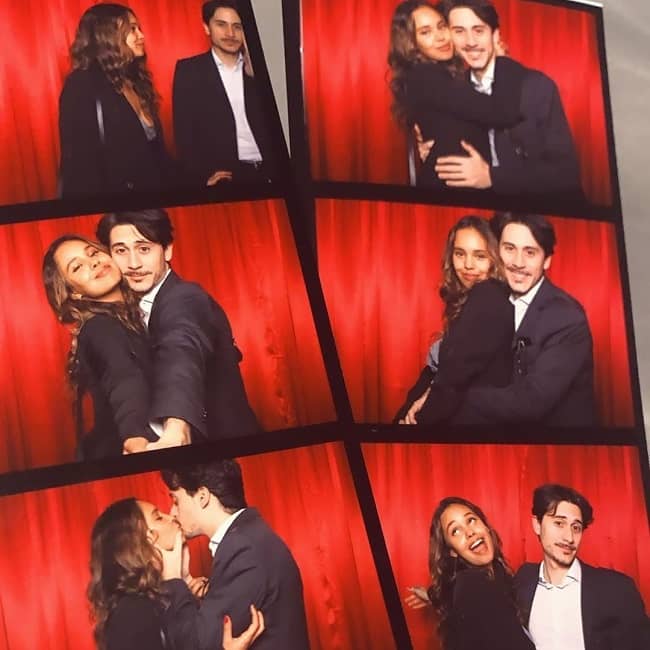 Caption: Alisha Boe posing for a photo with her lover. Source: Instagram

Alisha Boe stands tall at a height of 1.63 meters or 5 feet 3 inches. Similarly, her chest-waist-hip measures are approximately 33-25-34 inches respectively. She has dark brown curly hair and eyes of the same color.

Talking about her social media presence, she joined Twitter in May 2015 and so far has over 265K followers on her @alishaboe account. Likewise, she goes by @alishaboe on Instagram. This account currently boasts 140 posts shares and more than 4.1 million followers as of December 2020.