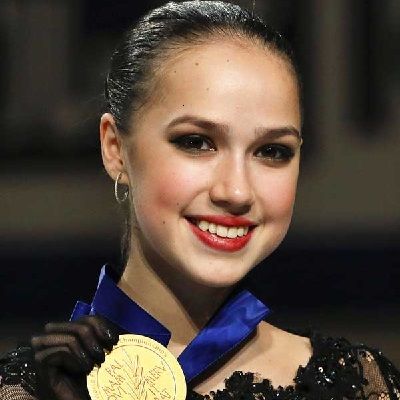 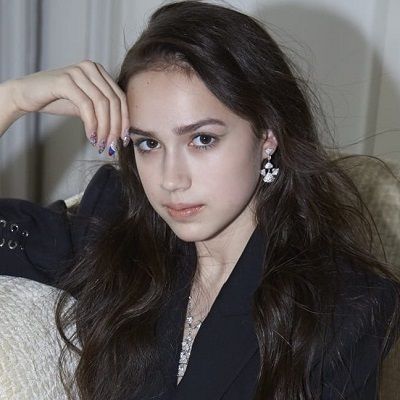 Alina Zagitova is 18 years old. She was born on 18 May 2002 in Izhevsk, Udmurtia under the zodiac sign Taurus. Her mother’s name is Leysan Zagitova and her father’s name is Ilnaz Zagitov. He is an ice hockey coach from Tatarstan, both Volga Tatars. Similarly, she also has a sister, Sabina, who is five years younger than her.

Moreover, she was nameless for a year. After a year her parents chose to name her “Alina” after seeing Russian rhythmic gymnast Alina Kabaeva. Later she moved to Moscow at age 13 alongside her grandmother and continues to live with her. Her hobby was drawing as a kid. She is a pet lover. And also has two exotic chinchillas at her home in Moscow, along with a dog and a cat.

Further, she also owns an Akita Inu dog named Masaru, given to her by a Japanese breeder as a gift after the Pyeongchang Olympics. Talking about her nationality, she holds Russian nationality. 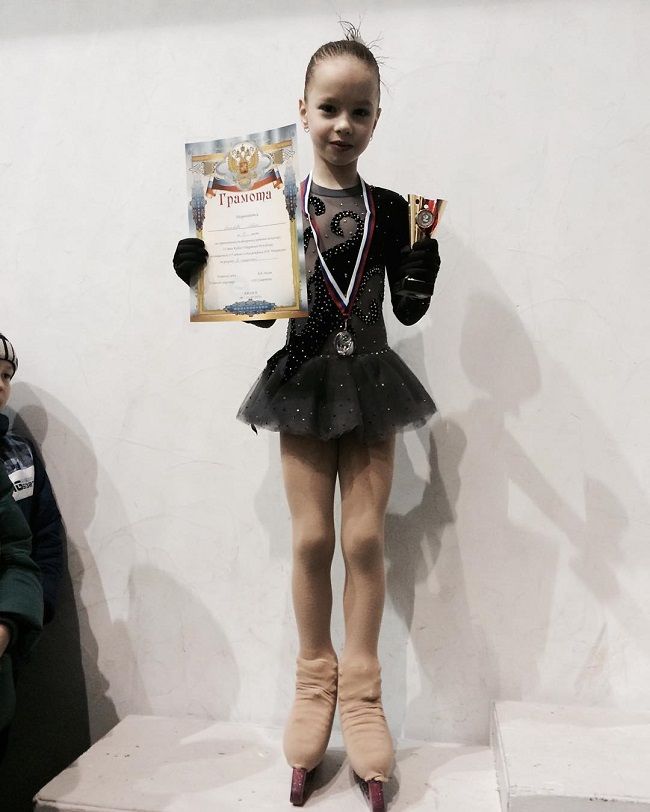 Talking about Alina Zagitova’s early year, she had her first formal skating lessons as a four-year-old. She got training from Damira Pichugina in Almetyevsk, Tatarstan. Her father was a hockey coach for the Neftyanik club there. After her family moved back to Izhevsk in 2008, she began her training with coach Natalia Antipina. In 2015 she went to Moscow to be trained by Eteri Tutberidze and Sergei Dudakov.

She also completed 9th at the 2016 Russian Junior Championships after placing 12th in the short program and 8th in the free skate.

Alina Zagitova made her international debut in late August 2016 through the 2016–17 ISU Junior Grand Prix (JGP) competition. The competition held in Saint-Gervais-les-Bains, France. She ranked first in both segments and also won the gold medal ahead of Kaori Sakamoto. She took the bronze medal at her JGP event in Slovenia, following Japanese skaters Rika Kihira and Marin Honda.

In France, she placed first in both divisions and scored new junior ladies’ records at all levels. She also got the award with a gold medal including a total of 207.43 points, 13 points above her teammate, and silver medalist Anastasiia Gubanova (194.07). Further, she won the first junior lady skater.

Similarly, she ranked third in the short and second in the free at the 2017 Russian Championships competing on the senior level in late December. She has even won the silver medal behind her training partner, Evgenia Medvedeva. In February 2017, she won the gold medal at the European Youth Olympic Festival in Turkey.

At the 2017 World Junior Championships in Taipei, Zagitova, she won first place after the short program with 70.58 points. Also, in the free program, she more placed first and won the gold medal.

In 2018, she made a real furor in Moscow Zagitova at the European Championships. Also, in a short program, she won Evgenia Medvedeva, becoming the champion of Europe.

On the 24th of March 2019, Alina got recognition all over the globe for the first time became the world champion. After this, she became the first female figure skater. Also, she gained all major tituls in female ice-skating – Olympic Games, World Figure Skating Championships, and more. 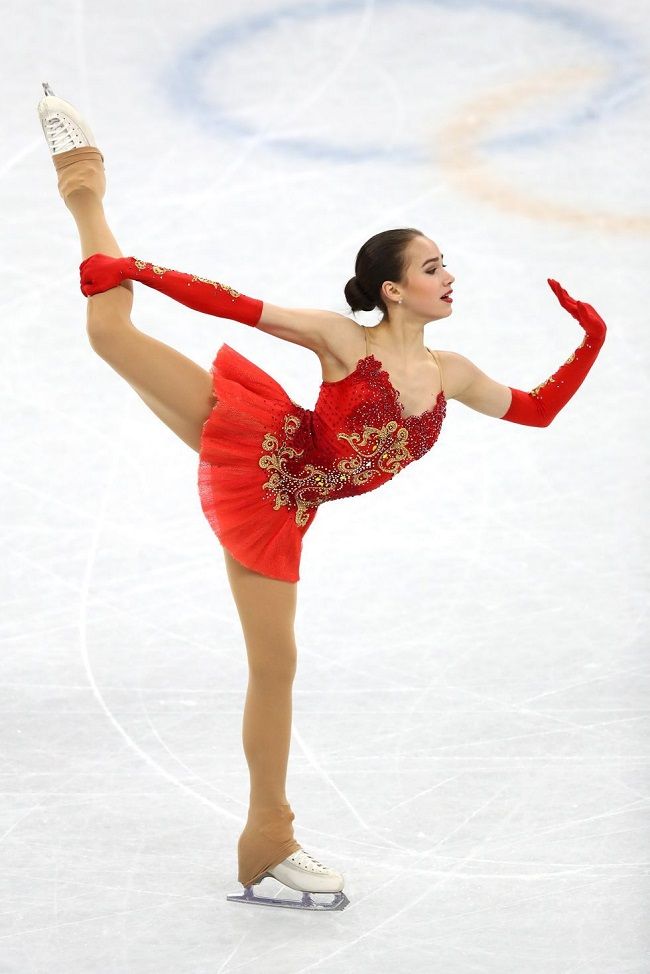 Further, she started the season at the Japan Open where she won second place. She scored 154.41, behind her team and training mate Alexandra Trusova, contributing to Team Europe’s win.

At the 2019 NHK Trophy, Alina won fourth place in the short program with a score of 66.84 after grounding an invalid single loop in her combined jump with a triple flip after losing to attach the planned triple loop to her Lutz.

Competing at the Grand Prix Final, she skated spotlessly and won second place in the short program, behind only Kostornaia, assisted by triple Axel errors by both Kihira and Trusova. Unfortunately, she achieved less success in the free skate, falling on a double Axel and holding numerous other jumps regarded underrotated or downgraded, and finished sixth in that segment and overall.

Then, she interrupted her season following the Grand Prix Final, affirming that she no longer had the motivation to compete. She retired from the 2020 Russian Championships and will not contest for places on the 2020 European Championships or the 2020 World Championships teams.

Additionally, she is also the only female skater in history to achieve two fully back-loaded programs in the 2017-18 season, prior to the implementation of the eponymous “Zagitova Rule”.

Alina Zagitova has earned huge success in the skating field at such a young age.  She won the award from the Order of Friendship by Vladimir Putin for her Olympic win at the 2018 Winter Olympics. Additionally, she is even a two-time winner of the Silver Doe Prize, awarded by the Federation of Sports Journalists of Russia, as one of the ten best athletes of 2017 and 2018.

Similarly, she got entitled “Athlete of the Year” in the nomination “Pride of Russia” by the Ministry of Sport of Russia in 2018. Forbes Russia’s Top 30 Under 30 listed her as the top athlete in the sports category. Alina is also part of the list of Top 40 most successful Russians from sport and show business under the age of 40.

Further, she won “Sportswoman of the Year” at the 2019 Glamour Russia Awards. Also, she has gained “People’s Sportsman” (as determined by VTsIOM) at the Sovetsky Sport – Year-in-review ceremony of the same year.

Besides her sports career, she has even endorsed many brands over the years. Currently, she is the global ambassador for the Japanese cosmetic brand, Shiseido. Further, she is also the ambassador for sports brand Puma. She even endorses a Japanese mattress company, Airweav along with her pet dog Masaru.  Similarly, she has also advertised for Sberbank of Russia, smartphone game “Madoka Magica”, and PepsiCo’s brand of flavored water “Aqua Minerale Active”. 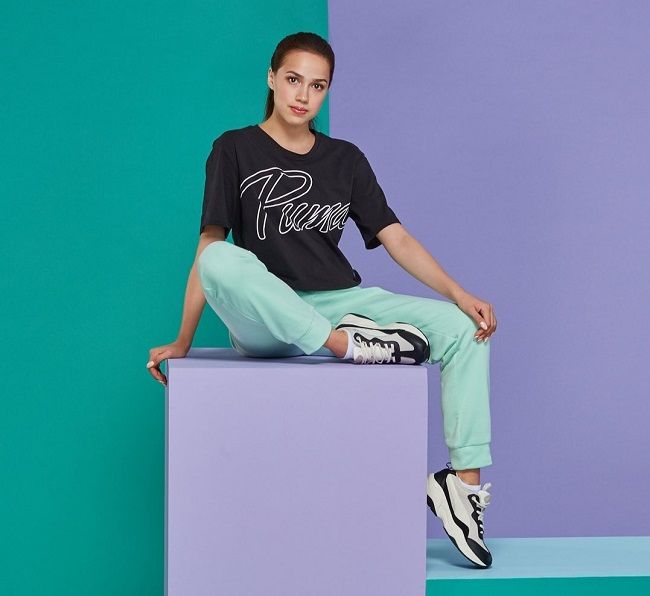 Caption: Alina Zagitova with her Puma look on its endorsement (Source: Instagram)

This young and talented Russian figure skater Alina Zagitova has earned a decent sum of money through her sports career. However, he has not mentioned his earning officially over media sites. However, with her good fortune earned through her career, she is living a lavish and blissful lifestyle. Besides that, some online resources estimated her net worth approximately $1 million- $5 million.

Reflecting on Alina’s love life’s she seems to be single currently. She has not mentioned her love life on the web. However, she is currently young enough for marriage. She is more focused on her career rather than relationships. There is no information regarding her previous relationships as well and might be surely linking into the relationship with her perfect match in the coming future.

Olympic champion Alina Zagitova has unwittingly become entangled in a huge scandal that erupted over her participation in a New Year’s show, with the Russian Investigative Committee regarding asserted document fraud. The powerful world champion Alina was invited to take part in Tatyana Navka’s figure skating show ‘Sleeping Beauty’ where she performed one of the leading roles.

Later it was reported that the skater took over eight million rubles ($102,514) for 22 appearances in the ice spectacle which staged in Moscow during the New Year holidays. All figure skaters competing in the show contracted individual agreements with the organizers, where they were reported as self-employed entrepreneurs.

This skating champ Zagitova got punished for coronavirus door handle ‘joke.’ She has been criticized by fans after she posted a video of herself opening a door with the help of her leg, joking that it was a measure to defend herself from the coronavirus. The 18-year-old was heading to a training session at Khrustalny Skating Palace, touched the door handle with her boot to make it open.

The reigning world champion captioned the video “That’s why you need good stretching,” adding a virus emoji in an apparent reference to the coronavirus outbreak. Her post got criticism as many users sentenced the skater for the “joke” and blamed her for making the handle even dirtier.

This reigning world champion Alina Zagitova has a good personality with her beautiful charming aura. She has a height of 5 feet 2 inches and weighs around 42 kg. Likewise, she has a pair of brown eyes with brown hair color. Further, there is no other information regarding her body statics.