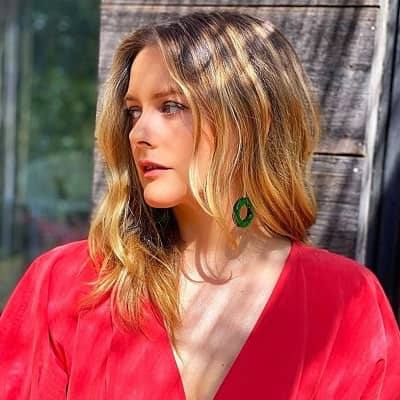 Alicia Silverstone is an actress from the United States. Moreover, Alicia Silverstone is best known for her appearance as Cher Horowitz in the cult classic, “Clueless”. When she was 16 years old, her role in the movie “The Crush,” for which she won the 1994 MTV Movie Award for Best Breakthrough Performance, brought her first recognition.

Alicia Silverstone was born on the 4th of October 1976, in San Francisco, California, the United States of America. According to her birth date, she is 45 years old and holds an American nationality. Moreover, she has a birth sign of Libra and her ethnical background. She grew up in a Jewish family and her mother converted to Conservative Judaism before marriage.

She is the daughter of Monty Silverstone(father) and Deirdre(mother). Professionally, her father was an English real estate agent while her mother was a former Pan Am flight attendant. She developed her acting skills while growing up in Hillsborough, California.

In addition, she has two elder siblings: David Silverstone, a brother, and Kezi Silverstone, a half-sister from her father’s first marriage. She started modeling when she was 6 years old and finally managed to land herself a spot in a “Domino’s Pizza” tv commercial.

Talking about her educational career, she was a student at Crocker Middle School and a San Mateo High School graduate. She later enrolled at Old Dominion University but left early to pursue a modeling career. At the age of twelve, she received her first acting credit for the 1992 episode of “The Wonder Years,” in which she portrayed Jessica Thomas.

At the age of 15, in 1993, Alicia Silverstone made her acting debut in the thriller “The Crush,” playing the major part. Additionally, she made appearances in the music videos for “Cryin,” “Amazing,” and “Crazy.” She had her biggest break in the comedy “Clueless” in 1995 as Cherilyn “Cher” Horowitz. Moreover, she received a multi-million dollar contract with Columbia Pictures after making a breakthrough.

She was cast as Batgirl in the high-profile movie “Batman & Robin” in 1997. She appeared in several movies, such as “Le Nouveau Monde,” “Hideaway,” “The Babysitter,” “True Crime,” and “Excess Baggage.” In addition, she played the title character in the romantic comedy “Blast from the Past” in 1999. Later, in 2002’s “Global Heresy,” she was given the role of Natalie “Nat” Bevin, and she also provided the voice in “Braceface.” 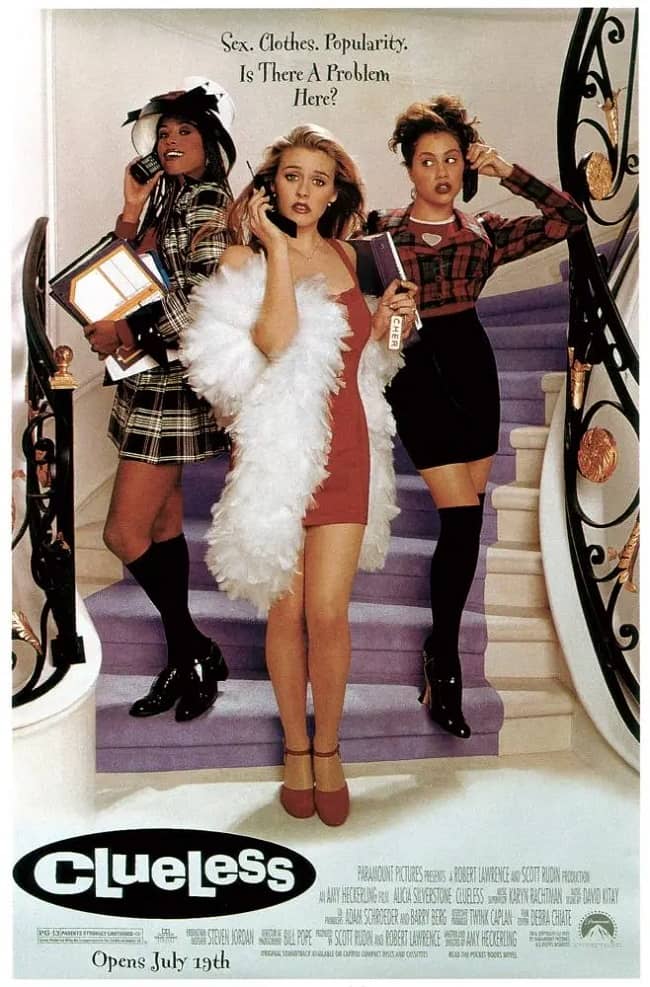 In a theatrical adaptation of The Graduate in 2002, she made her Broadway debut opposite Jason Biggs and Kathleen Turner. She appeared in the 2003 television series “Miss Match” as Kate Fox. As a result, she appeared in several films, such as Scooby-Doo 2: Monsters Unleashed, Beauty Shop, Silence Becomes You, Stormbreaker, Candles on Bay Street, and Tropic Thunder. She has appeared in a few television shows, such as “Queen B,” “Pink Collar,” “The Singles Table,” and “The Bad Mother’s Handbook.”

Moreover, she made a grab the attention of Broadway in “The Performers” in 2012 at the Adult Film Awards in Las Vegas. She also had roles in “Butter,” “The Drama of Getting By,” “Children’s Hospital,” “Suburgatory,” and “Vamps” in 2011. (2012). In 2015, she played the lead role in the play “Of Good Stock” in New York. She appeared in movies including “Who Gets the Dog?” “King Cobra,” and “Catfight” in 2016. The Tribes of Palos Verdes, The Killing of a Sacred Deer, and Diary of a Wimpy Kid: The Long Haul are just a few of the movies she appeared in 2017.

She had appearances in the comedies “American Woman” and “Book Club” (2018) as well as “The Lodge” (2019). In 2020, she had an appearance in the dark comedy; Bad Therapy,  Sister of the Groom, and Valley Girl, and also narrated the eco-superhero fantasy novel CHENDELL: A Natural Warrior, and the Audible podcast Eat S-t Kenny Daniels. She started playing the lead in The Baby-Sitters Club on Netflix. She made an appearance in the Masters of the Universe: Revelation episode on Netflix in 2021. Her future roles include those in the criminal drama Reptile, which also stars Justin Timberlake and Benicio del Toro. 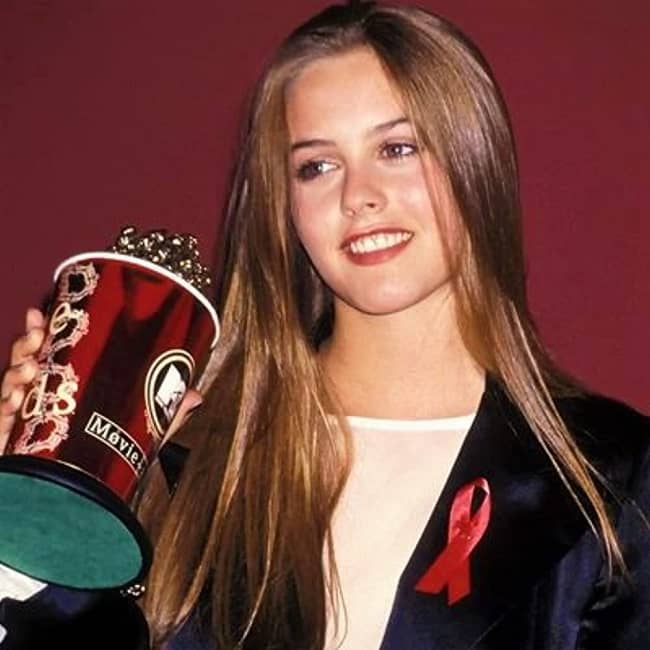 As an actress, she has earned a huge sum of money in her profession. Moreover, she has a net worth of $20 million which she earned from her acting career.

At the moment, Alicia is single and is not a part of any relationship. But, in past, she was married to her longtime boyfriend, Christopher Jarecki. Christopher is a rock musician whom Alicia met outside a movie theater in 1997. Eventually, they started dating, and after being together for more than eight years, they decided to be married. The engagement ring Christopher used to ask Alicia to marry him was his grandmother’s.

The pair wed in a Lake Tahoe beachside ceremony on June 11, 2005. After 13 years of marriage, Alicia filed for divorce, and they split in November 2018. They had resided in a green Los Angeles home. Bear Blu Jarecki, their son, was born in May 2011. In 1996, she had a short relationship with comedian Adam Sandler. In 1997, she was reportedly dating Benicio Del Toro who is a Puerto Rican actor. 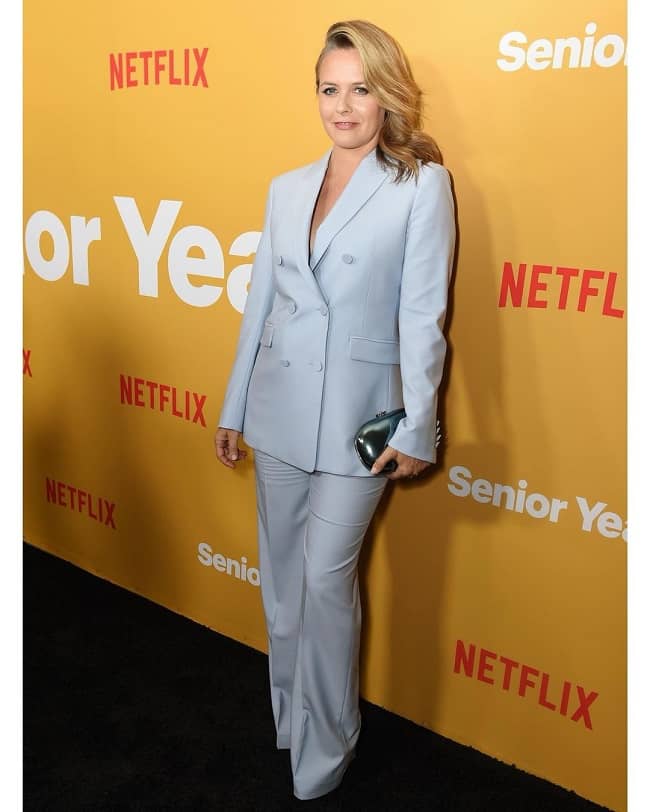