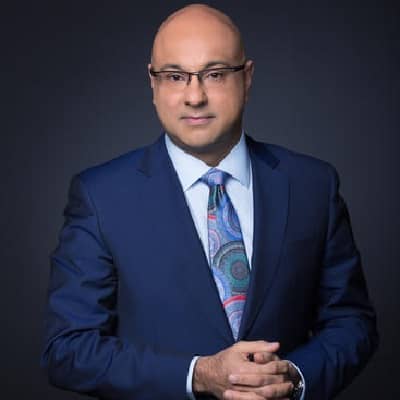 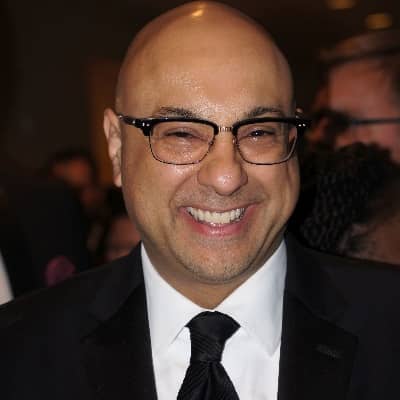 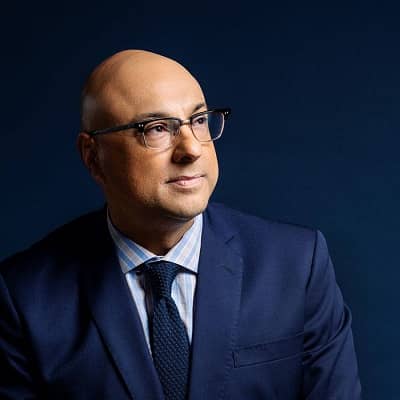 Ali Velshi was born on October 29, 1969, in Nairobi, Kenya. However, he was raised in Toronto, Ontario after moving there in 1971. His zodiac is Scorpio. He is an Ismaili Muslim with Gujarati Indian ancestors. As of now, he is 52 years old.

He was born to Murad Velshi, the first Indian-origin Canadian elected to Ontario’s Legislative Assembly, and his wife, Mila, who grew up in South Africa. His parents ran a bakery in South Africa before moving to Kenya when Apartheid became oppressive.

Currently, Velshi’s parents own a travel agency chain in Toronto. Velshi has a sister, Ishrath Velshi who was a candidate for Council for Ward 26 in 2014.

Velshi attended Northern Secondary School in Toronto, where he was elected school president. In 1994, he received a degree in religious studies from Queen’s University in Kingston, Ontario.

Velshi began his professional career as a General Assignment reporter for CFTO in Toronto. Later, he went on to work as a business reporter and anchor for Cable Pulse 24.

In September 2001, Velshi moved to the US and joined the business news channel CNN in New York City. He has anchored several shows like Insights, Business Unusual, Street Sweep, and Your Money.

Furthermore, Ali co-hosted The Money Gang with Pat Kiernan before the network closed in December 2004. Similarly, Velshi hosted 13 hour-long episodes of The Turnaround, a reality television show, in 2005, during which he traveled across America introducing small business owners who were facing challenges.

After The Turnaround, Velshi got assigned to the newly launched The Situation Room from 2005 to 2006 and joined American Morning as a business correspondent in late 2006 and then again as co-anchor in 2011. 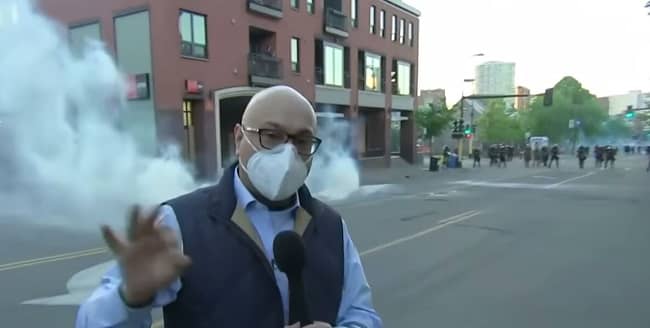 During the 2007-2008 financial crisis, Velshi appeared on television frequently throughout the day on shows such as American Morning and Anderson Cooper 360° and took live calls from viewers during special editions of Your Money and his weekly call-in radio show.

Being a Muslim, Velshi regularly acknowledges his background and perspective when Islam is involved in discussions. Velshi has vigorously defended the Muslim community’s right to build a mosque and Islamic center near Ground Zero in New York City.

Velshi announced his departure from CNN on April 4, 2013, to join Al Jazeera America to host a weekly 30-minute magazine-style prime-time program called Real Money with Ali Velshi. He was the first on-air personality to be hired for the new channel which eventually ended in April 2016 when Al Jazeera America got shut down.

In October 2016, Velshi joined MSNBC with additional responsibilities at MSNBC’s parent news division, NBC News, where he serves as Business Correspondent. However, Velshi moved to weekend mornings in December 2019 with his show, simply Velshi, a 2-hour solo act. He continues to fill in for other hosts on weekday evenings.

Not only these but, Velshi is also a writer. Velshi is represented by the literary agency N.S. Bienstock in New York, as well as the speaking agency Greater Talent Network. On January 2, 2009, his first book, Gimme My Money Back: Your Guide to Surviving the Financial Crisis was released.

His second book, How to Speak Money: The Language & Knowledge You Need Now, co-authored with longtime friend and co-anchor Christine Romans, was published in November 2011 by John Wiley & Sons. Velshi has contributed monthly columns to Money and Delta Sky magazines. 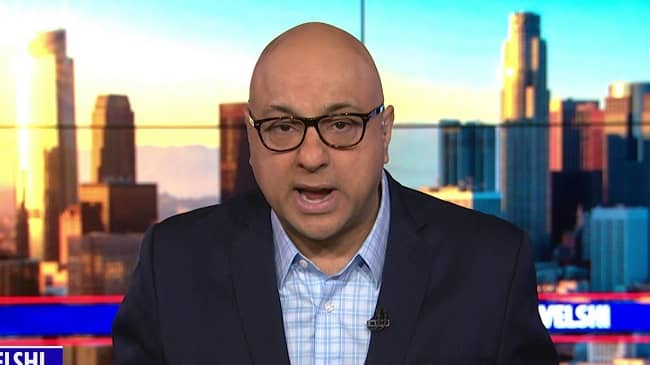 Velshi got married briefly in his twenties but the marriage ended in divorce. Her name is yet to be known. However, in 2009, he married his second wife, Lori Wachs, the president of Philadelphia-based Cross Ledge Investments.

They allegedly met while she was a guest on his show. Despite having different careers, i.e., Velshi in journalism and Lori in business, they both have an interest in the powerful world of finance.

The couple has a daughter whose name has not been revealed yet. Besides this, Lori has two children Erica Wachs and Eli Wachs from her previous marriage. 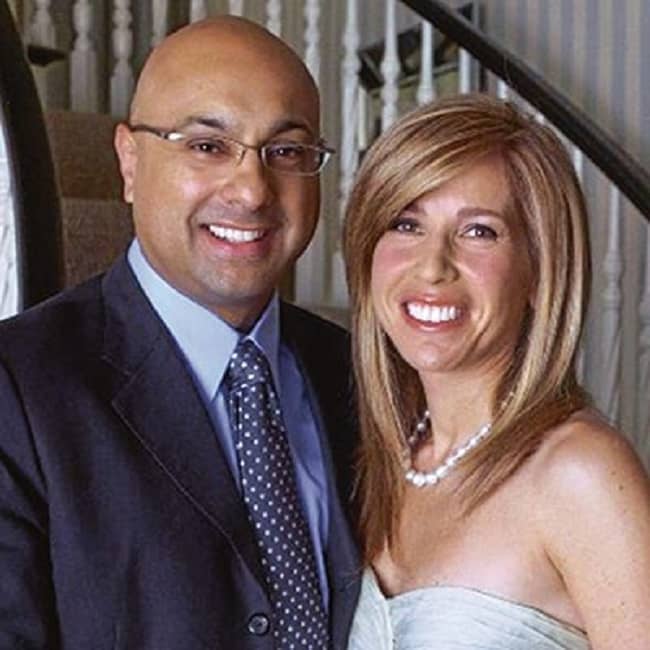 Ali Velshi and his wife posing for a photo source: Philadelphia Magazine

Velshi is an MSNBC anchor who hosts his own show on the network. He has a net worth estimated between $1 million – $5 million. His primary source of income stems from his work as a broadcast journalist.

Talking about body measurements, Ali Velshi stands at a height of 5 feet 9 inches (1.75m) tall. He is a bald guy and his eyes are black in color. However, there is no information regarding his body weight and hair color.