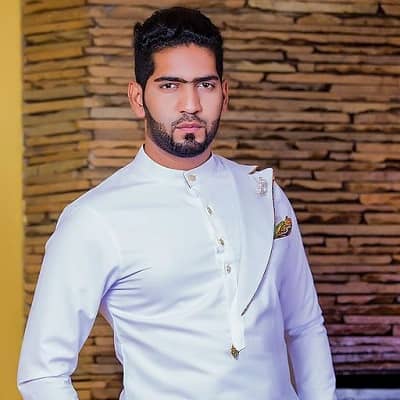 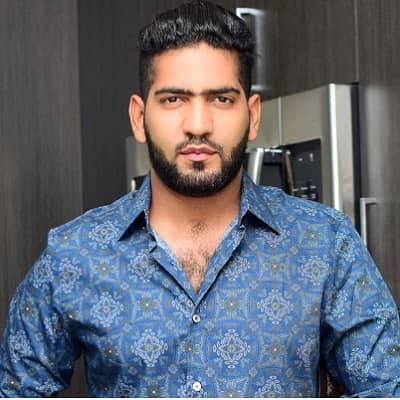 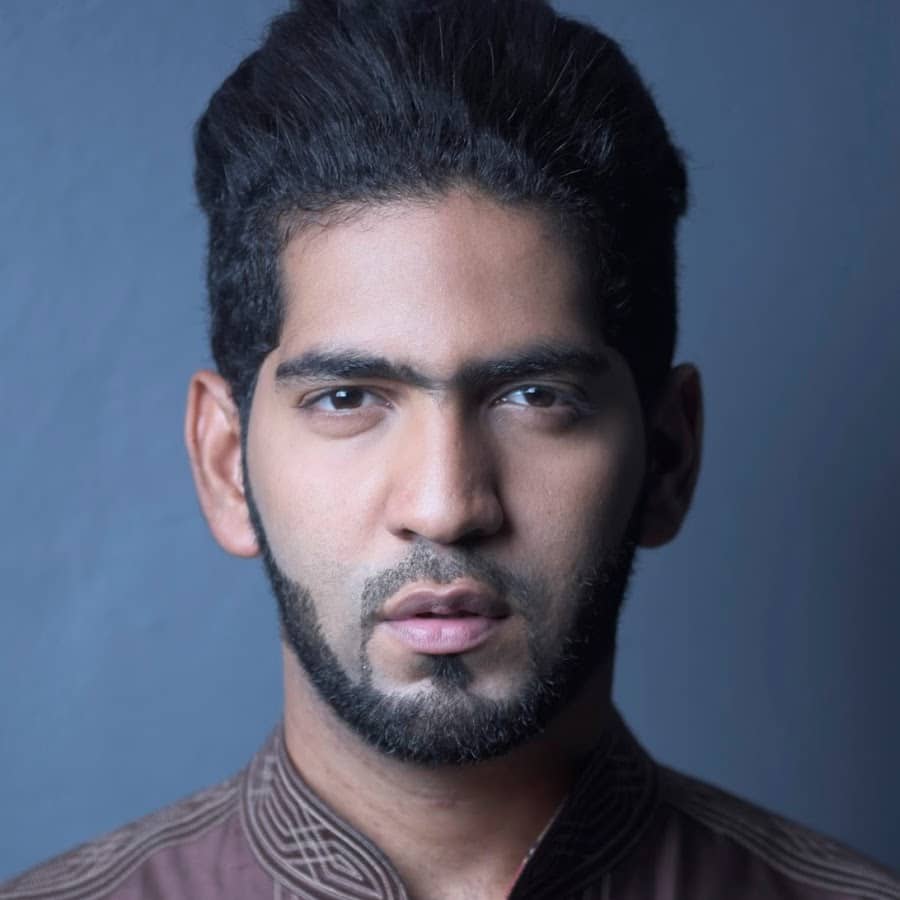 Ali Mandhry was born on 13 May 1988 and he is currently 34 years old. He hails from Mombasa, Kenya, and his zodiac sign is Taurus. Ali got his inspiration from his grandfather and this inspiration got him into the kitchen at the young age of 9 years. He then started selling cakes that he baked to fellow students and teachers at the young age of 12. 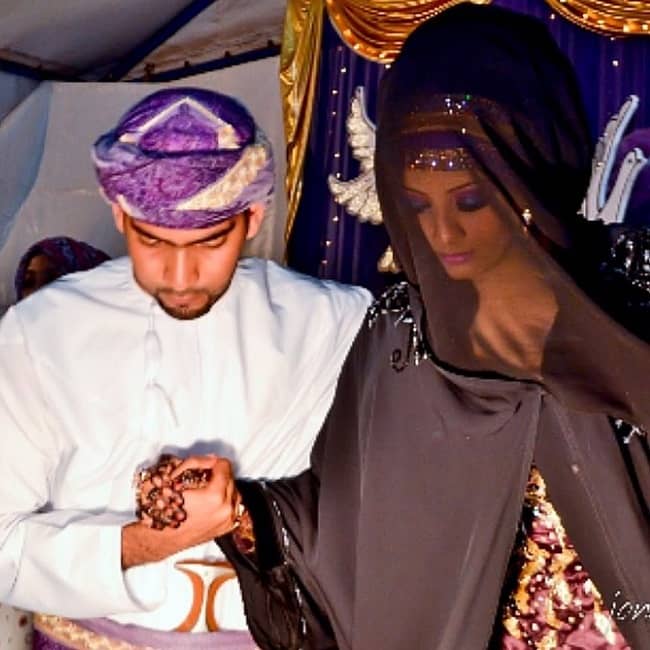 Caption: Ali Mandhry was captured with his wife at their wedding ceremony. Source: Instagram

Ali Mandhry also co-hosts “Power Breakfast” every Thursday on Citizen TV Kenya. Ali is also an author. He writes the ‘Eats’ recipe column every Saturday for eve woman magazine. It is published in the standard newspaper.

Additionally, Ali has also been named among the top 5 reigning chefs of African cuisine by Africa Style Daily. He has been considered among the top male chefs in Africa by DSTV. 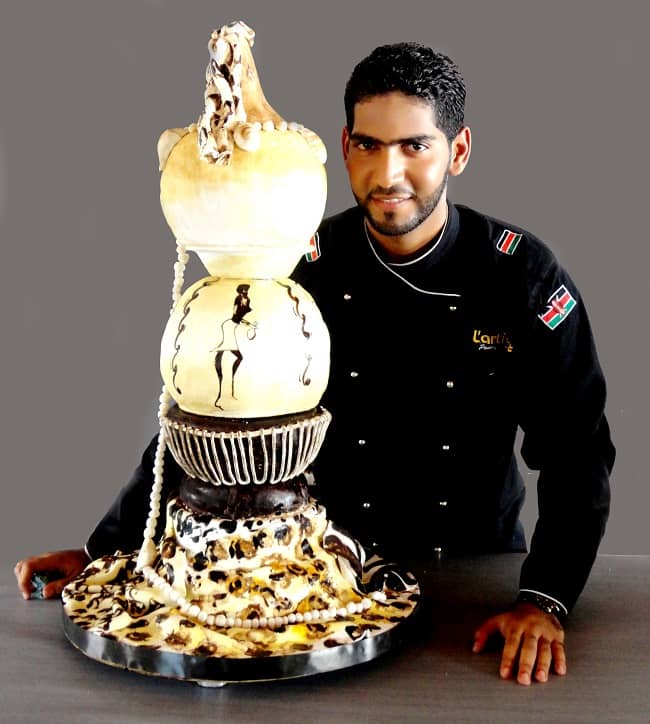 Ali Mandhry has appeared in newspapers, magazines, radio, and television. In December 2011, the young chef appeared alongside Osama el Sayed on “Ma Osama Atyab” to promote authentic Kenyan cuisine. He was also a culinary instructor before earning a spot as a judge on the series Kikwetu Supa Chef.

The chef was honored with the International Hall of Fame award by The Sweet Life. Ali shared a photo with fellow chef Marcus Samuelsson eating at Kitchen & Table on his Instagram in June of 2018. He is also popular internationally as Chef Ali L’artiste.

Further, Ali is also known as a celebrity chef, TV/Radio personality, culinary instructor, and food stylist. Besides his grandfather, Ali also names Bil Hana Wal Shifaa as his inspiration. It is a cooking show that showcased Arab Cuisine and after watching this, Ali decided to teach himself to bake.

Following high school, Chef Ali started work at the Sarova White Sands Beach Resort and Spa as an apprentice chef. It was before he enrolled in a food production apprenticeship at the Kenya Utalii College. After graduating, Mandhry pursued a career as an artistic chef to follow his passion for sugar artistry, pastries, and cakes.

Chef Ali aims to inspire and educate people about new trends in the culinary world. He develops, writes, and shares recipes on blogs and videos online. He does all these to teach people how to cook. Ali has also appeared on several TV and radio shows such as ABC The Chew, CNN African voices, Dubai TV, Hosted Pilipili Jikoni, Tamu Tamu on NTV Kenya, Kikwete Supa Chef on k24, Food Time on Pwani TV, and Celebrity Kitchen Raid on Zuku Entertainment. 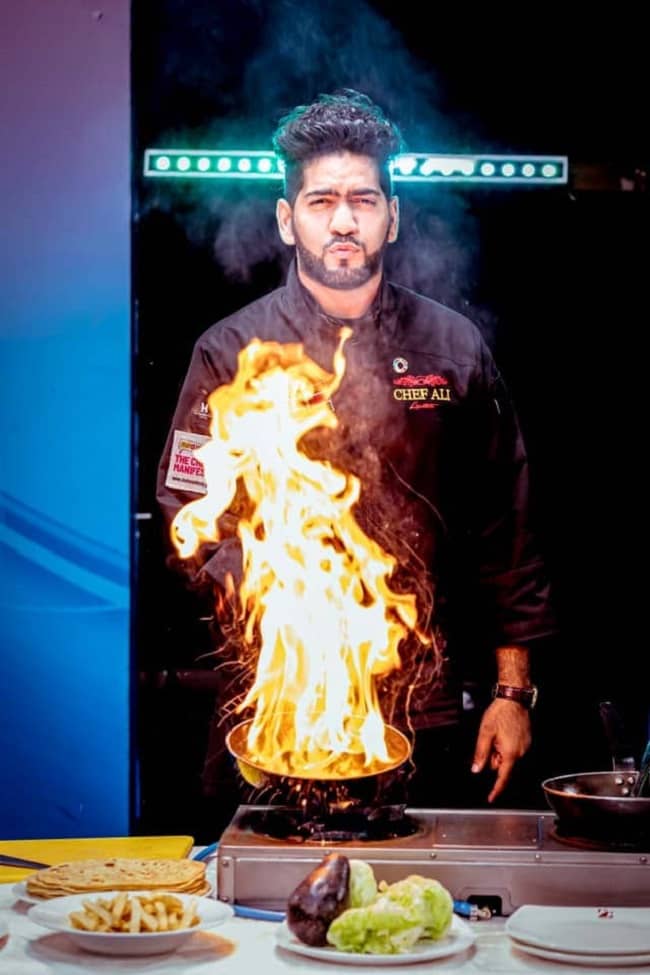 Caption: Ali Mandhry was captured while working in the kitchen. Source: Tuko

The young chef is also currently co-host of power breakfast Live on Citizen TV every Thursday. There, he prepares meals ‘live’ on set for the third year in a row. To date, the chef has filmed and hosted over 100 episodes of his TV cookery shows on several broadcasting networks in Kenya, East/Pan Africa, and globally.

Chef Ali also writes a weekly recipe column for Eve magazine published every Saturday. Throughout his career, Chef Ali has worked both at the national and international levels to champion Kenyan cuisine. In the year 2011, the young chef started a project that trained young chefs at Kenya Utalii College. It focused on pastry presentation and also developed the “Basic Food Presentation Skills Course” which refined the presentation skills of hotel industry chefs in Kenya.

Recognizing his work, Africa Style Daily has named Ali among the top five reigning chefs of African cuisine. Likewise, Ali is also voted number 1 chef on the top 10-list in Kenya. The chef was also the first African chef to win the International Hall of Fame Award (USA) and serves as Kenya’s Chefs Global Ambassador.

Furthermore, Ali has also been part of IFAD’s Recipes for Change campaign. It is a project in which chefs highlight the need for smallholder farmers to adapt now to climate impacts to protect their food security.

Ali Mandhry is married to Khadija Abdalla (@dijalartiste). The couple met each other for the first time at their wedding on August 31, 2014. They have two daughters namely Alyaanah and Anaya. The couple also recently welcomed their son, Ajwad Ali Said Mandhry, in August 2020. 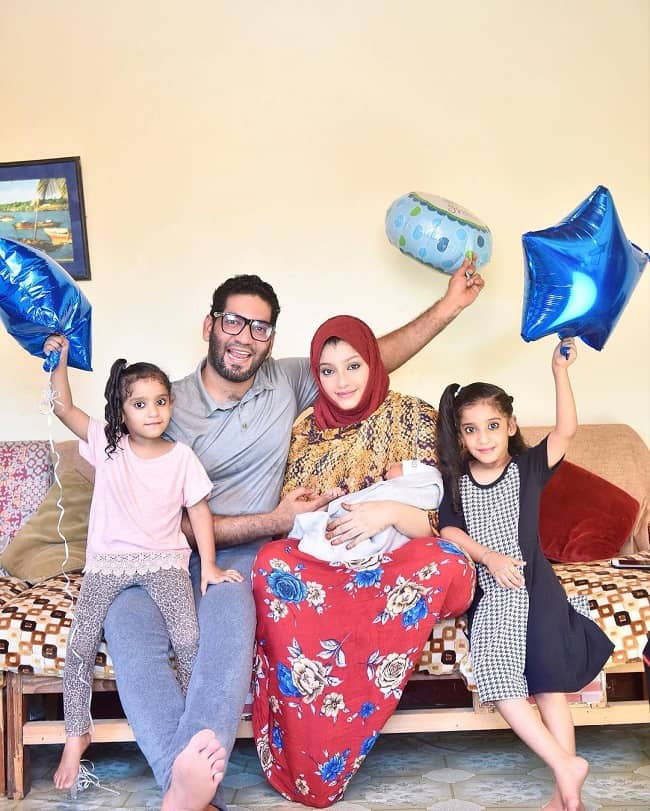 Caption: Ali Mandhry posing for a photo with his family. Source: Instagram

There is no verified information regarding Ali Mandhry’s body measurement details like his height, weight, chest-waist-hip measures, dress size, shoe size, etc. Further, the chef has dark brown hair and eyes of the same color. He also usually sports a short beard as commonly seen among Muslim men.

Talking about his social media presence, Ali Mandhry joined Twitter in November 2010 and so far has over 10.8K followers on his @chefalimandhry account. He is also available on Instagram under the username @chefalimandhry. This account boasts 1,709 post shares and more than 131k followers while writing this biography. He is also available on Snapchat under the username @chefalilartiste.

Ali then created an official Facebook which has over 224k followers as of January 2021. We can also contact chef Ali at [email protected] for business inquiries. We can also connect with chef Ali on Youtube. He created his channel on March 28, 2008. So far, this channel has earned more than 2 million views and over 79K subscribers.