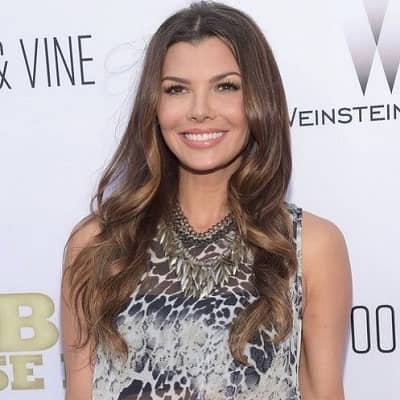 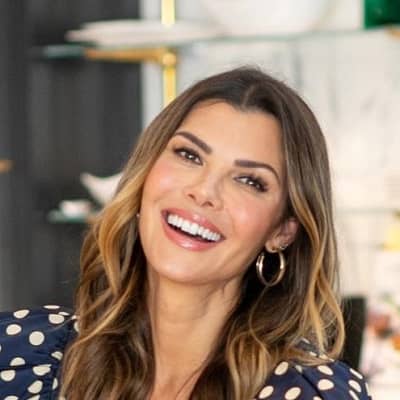 Ali Landry is a Miss USA 1996 beauty pageant winner, actress, and model. Moreover, Ali Landry starred as Rita Lefleur on the UPN series Eve and as the Doritos Girl in a 1998 Super Bowl commercial.

Ali Germaine Landry best known as Ali Landry was born on the 21st of July 1973, in Cecilia, Louisiana, the United States of America. As of 2022, she is 49 years old and holds American nationality.

Moreover, she has birth signs of Cancer and belongs of French (Cajun) descent. She is the daughter of Gene Allen Landry (father) and Renella “Ray” Landry (mother). After seeing the film ‘Love Story,’ (1970) her mother named her after the actress Ali MacGraw.

She grew up with two siblings named Gene Landry and Ty Landry. 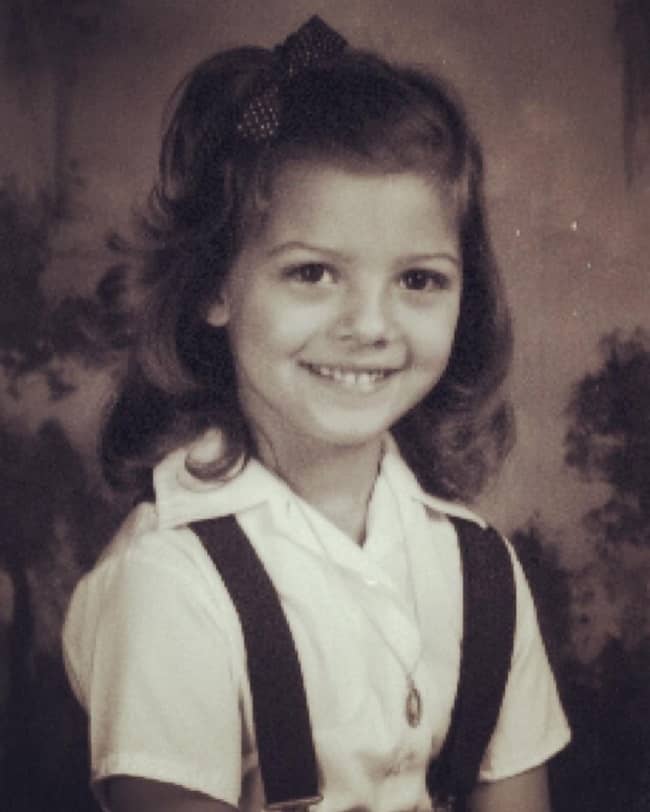 In terms of academics qualification, she attended Cecilia High School and graduated in 1991. In high school, she was the captain of the cheerleading team. She continued her education at the University of Southwestern Louisiana, where she majored in public communication. Moreover, she is also a Kappa Delta sorority member.

Ali Landry competed in the Miss Louisiana Teen USA beauty pageant in 1990, where she won the crown. Following that, she represented Louisiana in the 1990 Miss Teen USA pageant, which was held in July 1990 in Biloxi, Mississippi.

She won the preliminary swimsuit and evening gown contests in the pageant but finished eighth in the finals. Moreover, she won the Miss Louisiana USA title in 1996, becoming the first former Miss Louisiana Teen USA to do so. 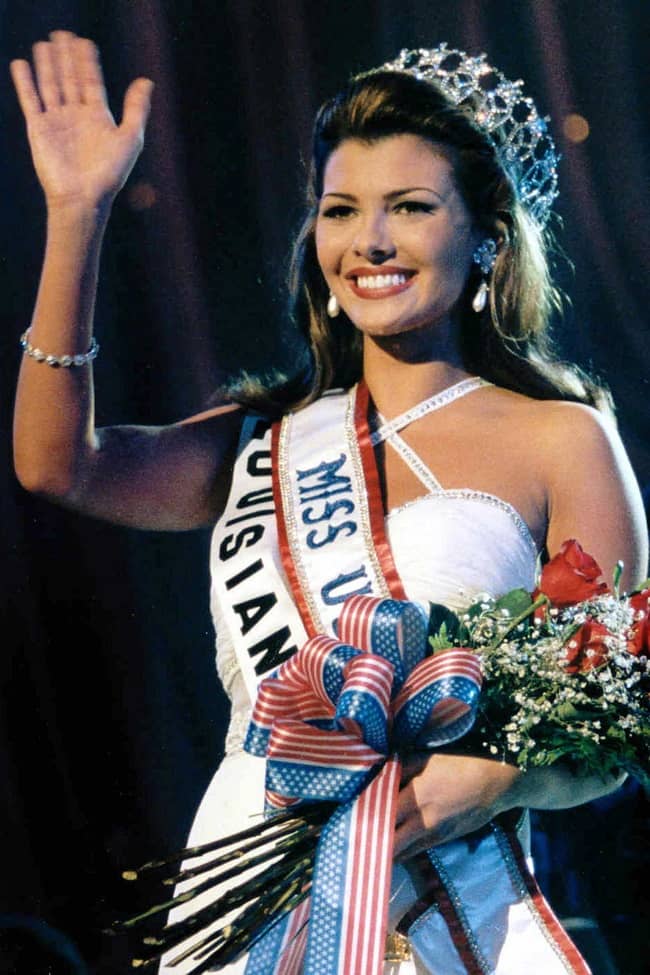 Similarly, she competes in the Miss USA pageant in 1996, eventually winning the crown on South Padre Island, Texas. She then competed in the Miss Universe competition, reaching the top six before being eliminated.

Until Miss USA 2000, Lynnette Cole, Landry was the only former Miss Teen USA delegate to compete in all three pageants. Throughout her career, she has modeled for a variety of photographers and magazines, including FHM Magazine, People Magazine, and others.

Landry debuted as an actress in the television series Clueless in a minor role in an episode of Sharing Cher in 1997. She also appeared in the other two series, Sunset Beach (as Kenzie) and Conan the Adventurer, that year (as Raina).

She was last seen as Lisa in an episode of Flight or Fight in the 2018 television series ‘Kevin Can Wait.’ She also starred in the 2011 TV Guide Network show Hollywood Moms’ Clun and worked as the show’s executive producer. Moreover, she hosted Yahoo!’s interview show Spotlight to Nightlight in both English and Spanish.

In her modeling and acting career, she has earned several awards and recognitions. Landry was voted one of the world’s 50 most beautiful people by People magazine in 1998. She was named one of FHM magazine’s 100 Sexiest Women in the World on multiple occasions.

Similarly, she appeared thrice on Stuff Magazine’s list of the 100 Sexiest Women. She was rated one of the 50 Most Beautiful Women and 99 Most Desirable Women in the World by Asken.com.

From her professional career as a model and actress, her net worth estimates at around $6 million and has not yet shared her salary and income in public.

With the marriage, the couple has three kids; Estela Ines Monteverde, Marcelo Alejandro Monteverde, and Valentin Francesco Monteverde. In past, she married Mario Lopez who is an actor and television personality. 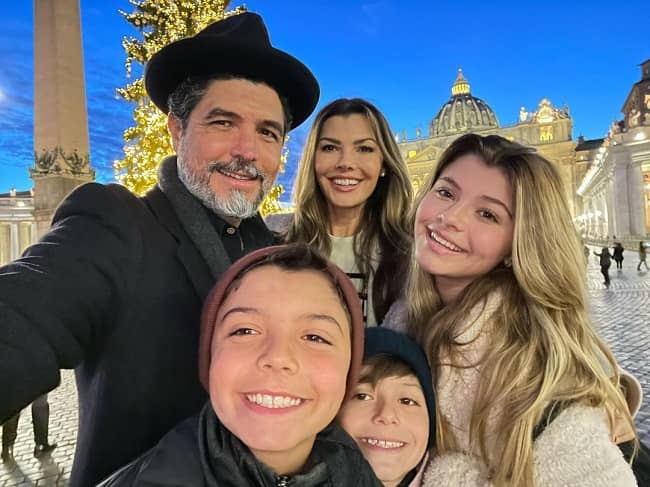 They met during the Miss Teen USA pageant in 1998 and began dating. After dating for more than 5 years, the pair got engaged in the summer of 2003 and married on April 24, 2004, at the luxurious Las Alamandas resort near Puerto Vallarta, Mexico.

In front of 50 guests, the pair married in a Roman Catholic ceremony. Unfortunately, the marriage was annulled in May 2004 after only two weeks because Lopez cheated on Landry.

To date, Landry has not been involved in any rumors or controversies that have made news in the media. She also avoids controversial activities that could harm her personal and professional life.

This American model stands 5 feet 8 inches tall and weighs around 54 kg. Moreover, she has brown eyes with short brown hair color and there is other information regarding her other body stats. 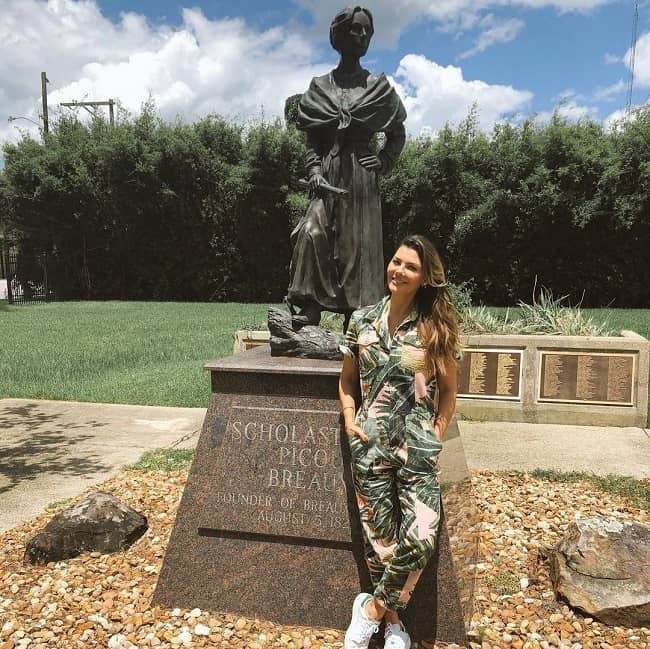