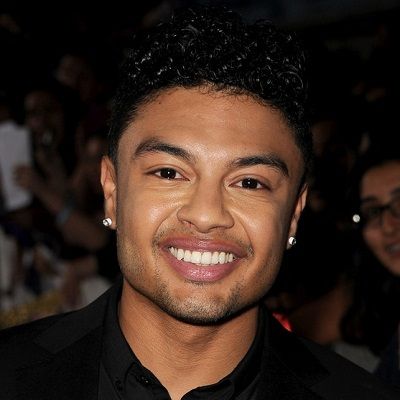 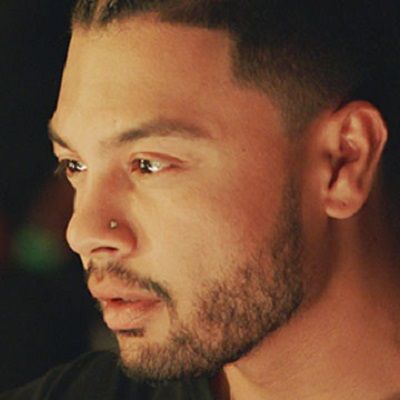 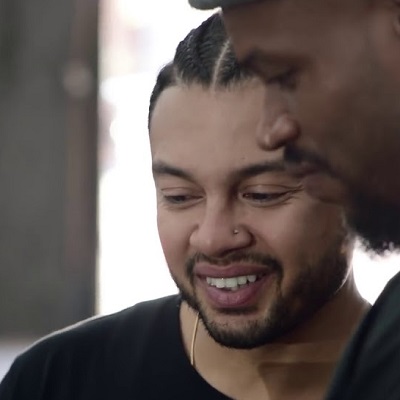 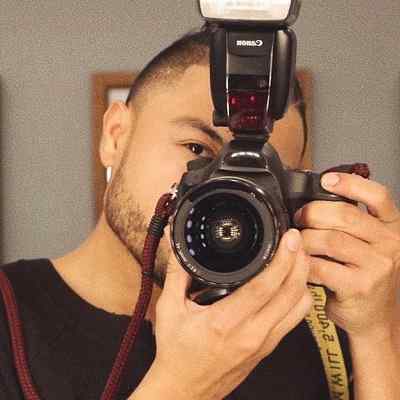 Alfredo Flores is an American photographer, videographer, and director. Alfredo Flores initially gained fame for his close relationship with stars like Justin Bieber, Selena Gomez, and Ariana Grande among many others. He has also worked together with well-known artists on their tours and concerts.

Alfredo Flores was born on June 16, 1989, and is currently 31 years old. Likewise, his family lived in Boston, Massachusetts when he was born. There is no information regarding his parents, siblings, and other family details. Talking about his educational journey, he graduated on a Tuesday in the year 2010. Even while still in school, he was working. 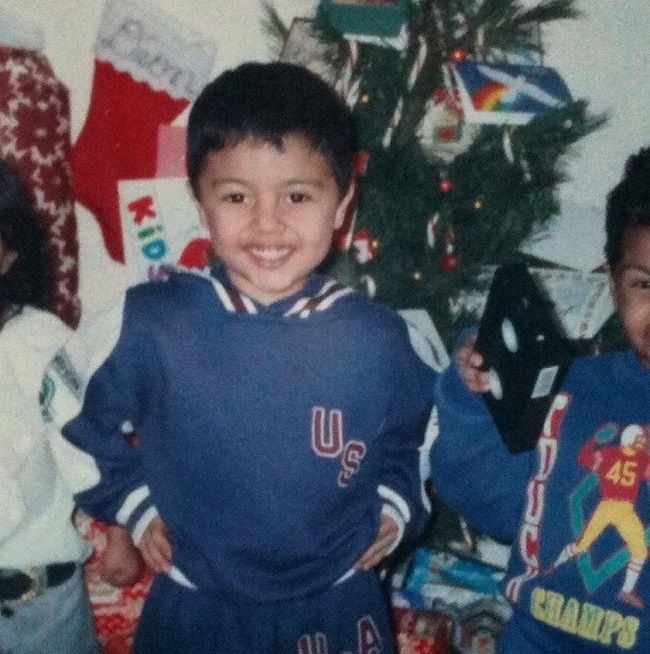 Caption: Alfredo Flores posing for a photo in a childhood photograph. Source: Instagram

Alfredo Flores is a music director who has worked for numerous celebrities like Mariah Carey, Selena Gomez, Rihanna, Danity Kane, and Pitbull. Likewise, he is also Ariana Grande‘s cameraman and has directed a few of Bieber’s music videos.

Flores initially gained fame as pop star Justin Bieber’s best friend and collaborator. He became extremely popular on social media and has gained over 2.5 million followers on Instagram alone. Likewise, he became popular as one of the foremost Bieber groupies, known as Beliebers. He also hashtagged his tweets with #BELIEVE and #BEASTMODE.

Flores is among the world’s leading pop culture directors, photographers, and videographers whose identifiable lens along with documentary prowl provides an authentic view into the private world of today’s icons. He has also traveled around the world with artists like Justin Bieber, Ariana Grande, Selena Gomez, Rihanna, and Mariah Carey.

Moreover, he is a Shorty Award winner for “Best Director” and a 2019 iHeart Radio Music Award Nominee for “Best Tour Photographer”.

After transferring from New York to Santa Monica for film school, he secured an internship during his second week there. He helped out Geffen Records in their video department. Likewise, before graduating, he was shooting with artists like Mariah Carey and also working on sets of films. This is how he met Justin Bieber.

During that time, Flores put together a behind-the-scenes video of Justin Bieber on the set of School Gyrls. It is a made-for-TV movie in which he also made a cameo. Then he sent it to Justin Bieber’s team. Shortly after, the team asked him to shoot Justin’s photoshoots and document his concerts. He did all this while still going to classes at 8 a.m. and doing homework.

Additionally, since he was rolling with Justin Bieber, people began to notice him. Fans knew his name and people associated him with Bieber. Tabloids also printed stories about a rumored romance with Selena Gomez. He also worked with Selena on tours.

Likewise, he got to meet music video director Paul Hunter through his work. Also, he got to pick the brain of Ryan Murphy, the creator of Glee and new TV show Scream Queens. Ariana Grande played Chanel #2 on the show and he spent a week on set. During this time, he took pictures of Ariana and the show’s other stars like Lea Michele and Emma Roberts. 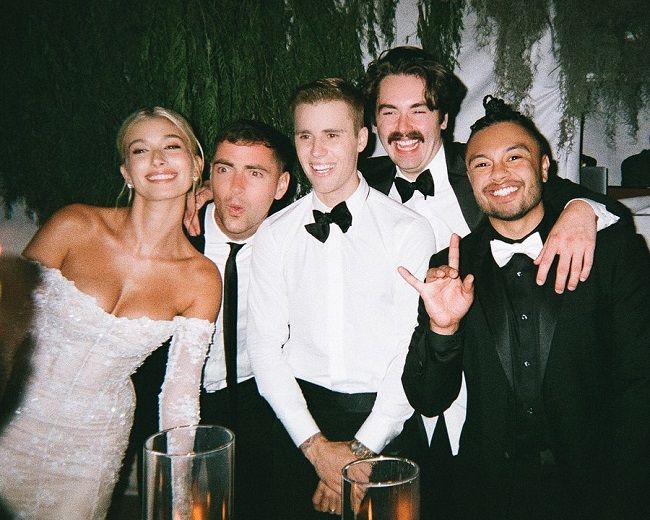 Caption: Alfredo Flores posing for a photo with the Biebers. Source: Instagram

He met Ariana Grande on the set of Problem. Since then, the duo has become super close. He also shot her Santa Tell Me video. This video was actually a spur-of-the-moment endeavor. Likewise, he is also the mastermind behind Justin Bieber’s viral Carly Rae Jespen spoofs.

Then in the 2012 video which starred Justin, Selena, and Ashley Tisdale, he was dancing around in a fuzzy hat. He also edited a 2015 version. This time, it was with Jespen’s I Really Like You. He filmed it backstage at the Forum after Justin joined Ariana onstage.

He filmed another part of the video on Justin’s 21st birthday on March 1. He then packed a bunch of celebrities in this clip. This includes Frankie Grande, Kendall Jenner, and the guys from Rixton. In this clip, he also makes multiple appearances.

After initially working for Justin Bieber, he worked as Ariana Grande’s camera guy. It was especially for honeymoon diaries and The Honeymoon Tour. He did footage from the Dangerous Woman Tour and the DWT Instagram account too. Moreover, he also did the Thank U, Next album cover art. He went on to work as one of Ariana Grande’s photographers and videographers for her Sweetener World Tour.

Talking about Alfredo Flores’ romantic relationships, there are no confirmed relationships. However, there have been many rumored relationships. He was once linked with Selena Gomez with whom he has worked on tours. He has shared that he doesn’t like to keep intimate relationships due to his life on the road. It is because he is constantly on tours with one or the other celebrities.

Sadly, there is no information regarding Alfredo Flores’s body measurement details. His height, weight, chest-waist-hip measures, biceps, dress size, shoe size, etc are all unavailable at the moment. Similarly, Flores has dark brown eyes and hair of the same color. 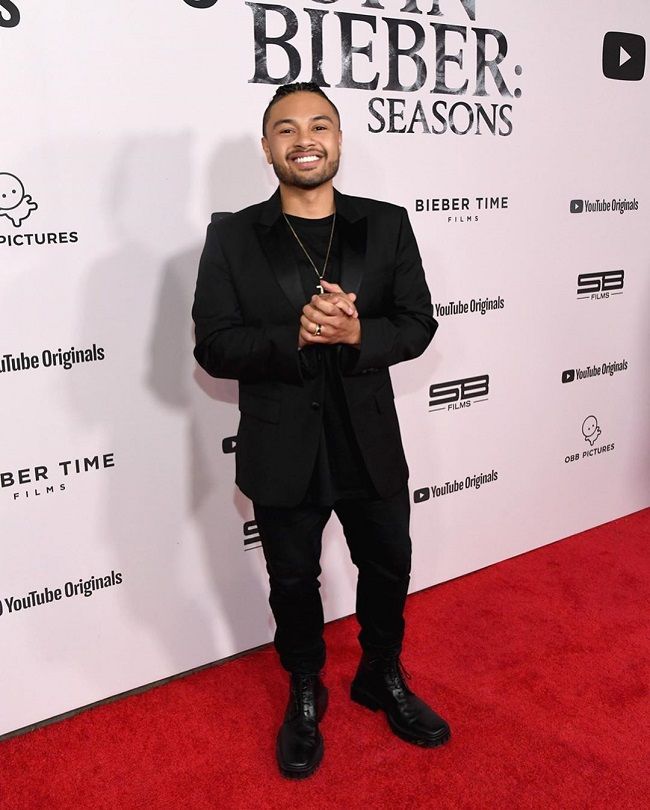 Talking about his social media presence, Alfredo Flores joined Twitter in January 2009 and so far has earned over 2.5 million followers. He goes by the username @alfredoflores on both Instagram and Twitter. Likewise, on his Instagram handle, he has shared 3,091 posts and garnered over 2.5 million followers. He is also available on Snapchat under the username @adotflo. We can also contact him at [email protected] strictly for business inquiries.

Moving on, Flores has a net worth estimation of approximately $1 million to $5 million. He earns through his career as a photographer, videographer, and director. He also earns through his involvement in tours of various renowned artists.