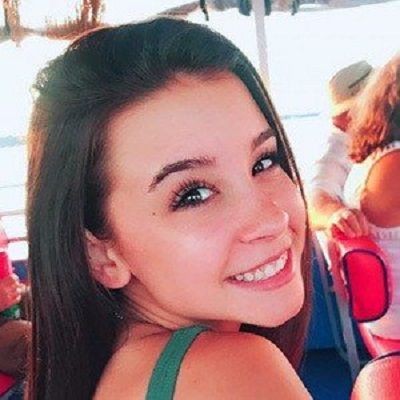 Alexis Dudley was born on 7 May 2001 and she is currently 19 years old. She is originally from Gainesville, Georgia. However, the young star has not shared any information regarding her parents, siblings, and other family details. She has also not shared much information regarding her education, but there is information that she does cheerleading for the Buford High School’s JV Football Cheerleading team. We can also see her profile on the school’s Athletics profile collection.

Professionally, Alexis Dudley is a Tiktok content creator with 3.1 million followers and over 90.2 million likes on her Tiktok account. Tiktok is a lip-sync video creating and sharing app. It is a short-form video app just like Vine where an account holder can create 15-20 seconds video to popular songs, movie dialogues, etc.

More precisely, she is a comedian and lip-sync sensation on the app who did gymnastics and cheer growing up. Moreover, she also partnered with a company called The 5th Watches. Her fans had the chance to win $500 to use for The 5th. 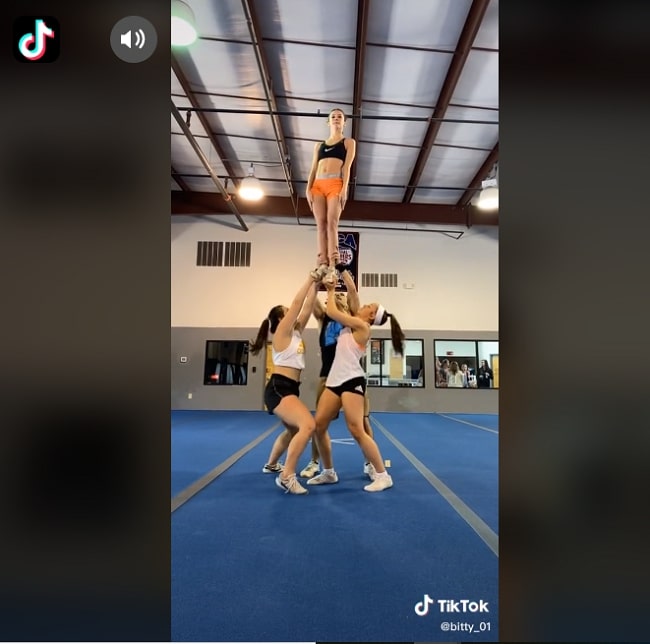 Likewise, she created her first Tiktok video on 28 February 2018 featuring the original sound by chill.melodies. Since then, she has been creating and sharing numerous videos. One of the notable ones is her third video in which she shows her talent regarding stunt and cheer. She uploaded the video on 27 April 2018 featuring the song Drowning (feat. Kodak Black) – A Boogie Wit da Hoodie.

Moreover, she also has a Youtube channel that she created on 1 March 2016. Her self-titled channel has 29,425 views and she has uploaded three videos. The videos are Platinum baddies Summit 2019 uploaded on 6 May 2019, Cruise 2019! uploaded on 10 October 2019, and Spirit Of Hope 2020 Ata Platinum uploaded on 20 January 2020. All her Youtube videos are a glimpse of her team’s journey to various cheersport competitions.

Additionally, she mostly creates her videos on regular clothes but sometimes also creates while dressing her cheerleader’s uniform. Except for her practice videos and stunt videos, most of her Tiktok content is created alone. There are comparatively very few videos in which she has included her friends and other near ones.

She also creates her dance content with her fellow cheerleaders. One such notable one was posted on 20 January 2020 after winning first place in a competition. In this particular video, she is dancing with @meghanseebyyyy and another teammate to the song All Dat – Moneybagg Yo & Megan Thee Stallion.

Likewise, she has shared a lot of videos with her teammates in their cheerleader uniform. She has also created comedy content in recent posts alongside dance videos. She also occasionally features her pet dog in her Tiktok. 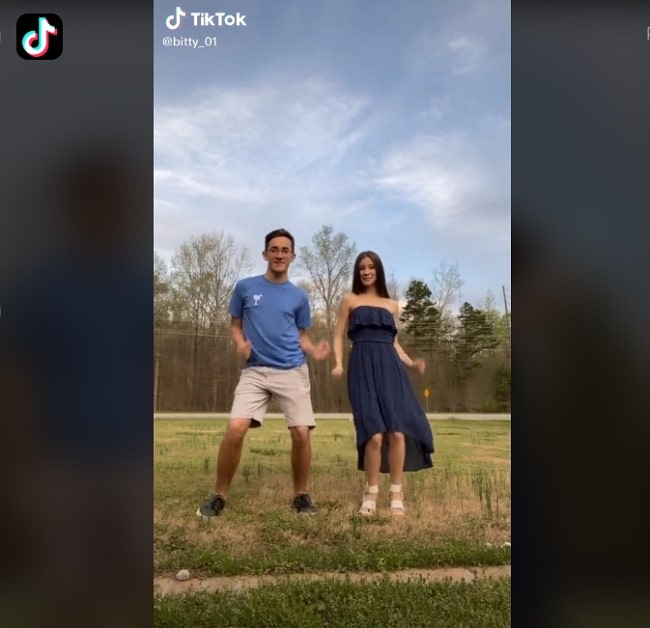 At present, Alexis Dudley is most probably single. She has not shared any social media posts that might hint about her current romantic affairs. Further, she has also maintained a clean public profile that is away from rumors, scandals, and controversies that might hamper her personal life and professional career as a social media star.

There is no information available regarding Alexis Dudley’s body measurements. She has not mentioned anything regarding her height, weight, chest-waist-hip measurements, shoe size, dress size, etc. Nevertheless, she has a tall build and a flexible body since she is a cheerleader who also participates in professional competitions with her team. Likewise, she has beautiful brown hair and eyes of the same color.

Talking about her social media presence, Alexis is mostly active on her Tiktok account @bitty_01 at present. She has earned 3.1 million followers and over 90.2 million hearts on this account. Since she has not mentioned links to her other social media accounts, we cannot trace Twitter account. She has also not mentioned if she has accounts on these platforms. However, she does have a Youtube channel with 5.55k subscribers. Her Instagram handle has garnered more than 66.6k followers.

Talking about her net worth, it is still under review. She is still young and has a long way to go to achieve greater heights of success. With her talent in dancing, lip-syncing, acting, stunts, and much more, it is sure that she will be earning a fortune along with earning huge fame in her near future. She does no sort of brand endorsements as of now.