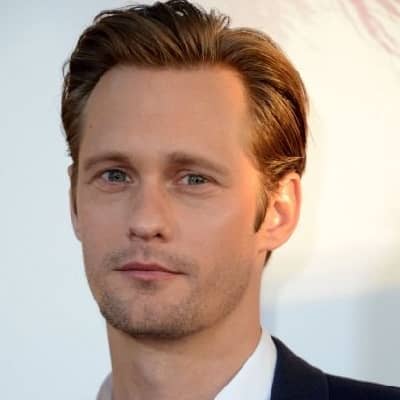 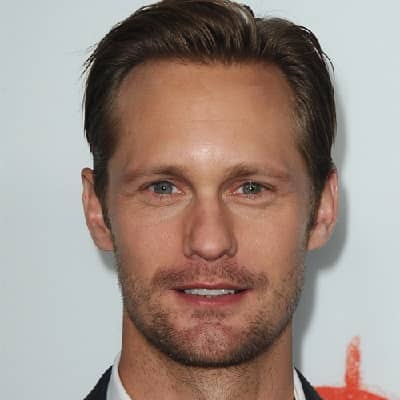 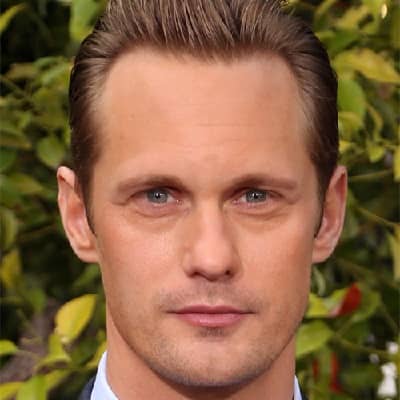 Alexander Skarsgard is a well-known Swedish actor famous for his roles as vampire Eric Northman on the HBO series True Blood. Alexander Skarsgard has also been featured in popular movies like The Legend of Tarzan (2016), and the series Big Little Lies.

Alexander Skarsgard was born in Stockholm, Sweden, on August 25, 1976. As of now, he is 46 years old. His father, a Swedish actor Stellan Skarsgard, has starred in movies including The Hunt for Red October, Good Will Hunting, and Pirates of the Caribbean, and his mother is My Skarsgard who is a physician.

With such a background, Alexander Skarsgard’s decision to pursue acting as a child was only logical. Gustaf, Sam, Bill, Eija, and Valter are his five younger siblings, and he also has two half-brothers from his father’s second marriage to Megan Everett.

When Skarsgard was seven years old, a director friend of his father cast him in his first movie, Åke and His World (Åke och Hans värld), as Kalle Nubb. At age 13, he rose to fame in Sweden thanks to his lead performance in the 1989 Swedish television drama Hunden som log (The Dog That Smiled). He stopped acting at that age, uncomfortable with the popularity. 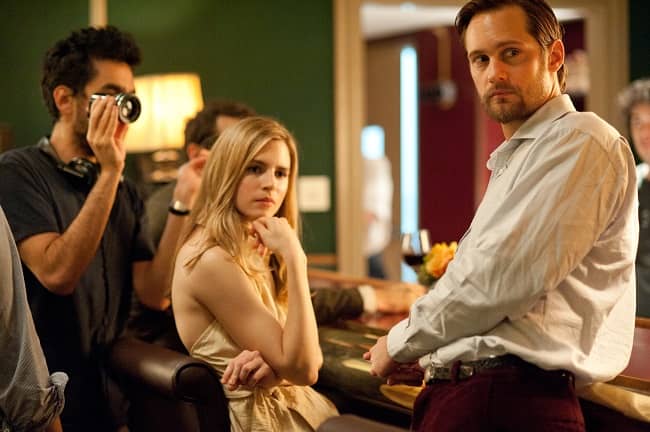 Skarsgard applied for his national service at the age of 19. For 18 months, he was a member of the Swedish Armed Forces’ SäkJakt (“protect and hunt”) unit, which dealt with terrorism and anti-sabotage in the Stockholm archipelago. He finished his duty in 1996, left Sweden, and spent six months studying at Leeds Metropolitan University in England.

He registered to study English, but he confesses that he spent more time having fun than actually studying. While there, he debated going into architecture, but ultimately decided to become an actor. He relocated to New York City in 1997 and enrolled in a drama course at Marymount Manhattan College. After six months, he returned to Stockholm, but during that time, he discovered that he wanted to be an actor.

The estimated wealth of Alexander Skarsgard is around $14 million. He had a $275,000 per episode salary while he was on True Blood. Further details about his assets and income are yet to be revealed. 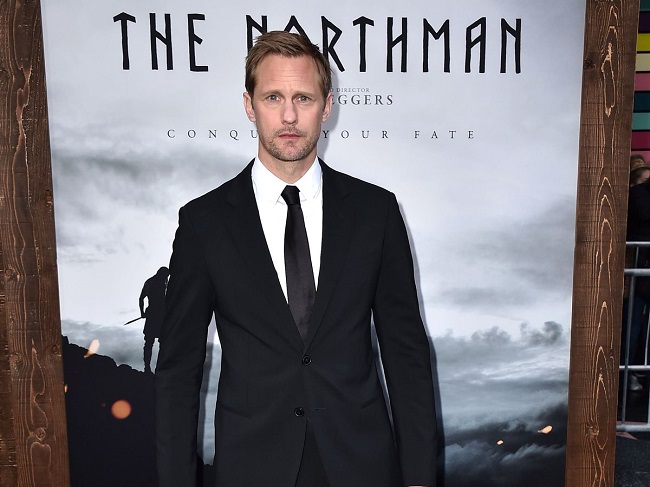 Alexander Skarsgard in Premiere for his upcoming movie The Northman Source: Express & Star

Skarsgard started auditioning for various Swedish film and television roles in 1999. He made his American acting debut in the wildly successful comedy Zoolander in 2001 as an airheaded male model. The critically acclaimed short film To Kill a Child was written and directed by him after his return to Sweden.

Over the following decades, he enjoyed great success in Sweden. However, he yearned to be back on American television. His role as Marine Sergeant Brad “Iceman” Colbert in the popular HBO miniseries Generation Kill, provided him with the opportunity. It received fantastic reviews, and Skarsgard gained critical praise for his portrayal. 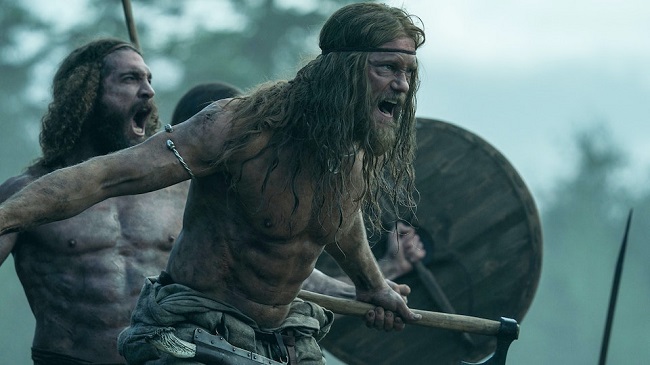 Alexander Skarsgard playing his role in the movie The Northman source: Empire Online

Alongside Margot Robbie, Skarsgard starred in Tarzan in the 2016 adaptation of The Legend of Tarzan. While the movie allowed him to show off his abs as an action hero, the next year, in the HBO series Big Little Lies, he also showed considerable dramatic abilities, winning both an Emmy and a Golden Globe for his nasty performance as Perry Wright. Moreover, in 2018, the actor plays the role of a bartender in Mute who looks for his lover in Germany.

Alexander Skarsgard is one of the most sought-after actors since making a big splash as the powerful vampire Eric Northman on the HBO hit series True Blood. The dashing Swede was dubbed the face of Calvin Klein’s new men’s fragrance Encounter Calvin Klein, which launched in the U.K. in late August 2012, followed by a global release.

Alexander Skarsgard has been romantically linked to some of Hollywood’s most well-known actresses. Alexa Chung, Toni Garn, Katie Holmes, and Evan Rachel Wood are some of the actresses that Alexander has dated. While some of these connections have been verified, others are only rumors.

Talking about his body measurement, Alexander stands 6 feet and 4 inches tall. Similarly, Skarsgard weighs around 89kg. Likewise, he has a perfect athletic physique with blonde hair and blue eyes.

Alexander is not available on any of the social media platforms as of now. He used to go by the username @rexdanger on Instagram but recently he removed his account. Similarly, he has not made an official Facebook account yet. However, he does have an inactive Twitter account with only 412 followers.