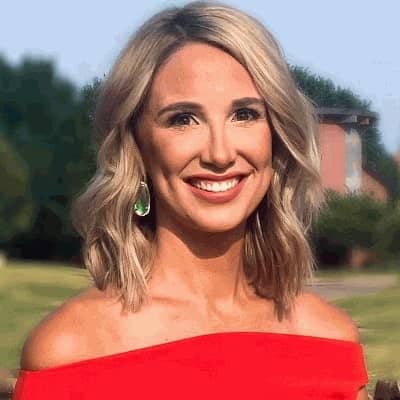 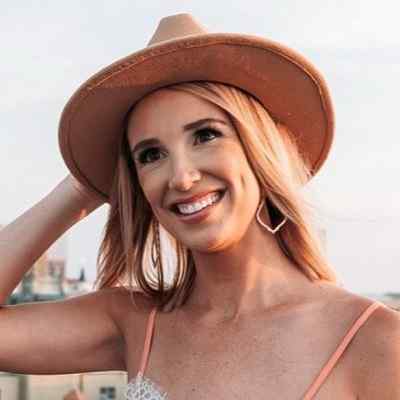 Alex Housden is an American Journalist, Television News Anchor, and Host. Alex Housden is also a recognized Television Personality. Likewise, she is popular for working as an anchor as well as a reporter at Oklahoma City’s “KOCO 5 News”.

Alex Housden was born in the year 1985 in Texas, the United States of America. She is 36 years old and holds American nationality. However, her exact date of birth is not available and she follows the religion, Christianity. Likewise, she currently resides in Oklahoma City, Oklahoma, USA.

The name and information regarding her parents are not available at the moment. Similarly, information related to Housden’s siblings, cousins, grandparents, and any other relatives and family members is also not available until now. she has always kept her personal as well as family life private and away from the limelight and the public attention.

Regarding her educational background and qualifications, she is a high school graduate. She then enrolled in the University of North Texas and graduated with a Bachelor’s Degree in Broadcast Journalism and a minor in Political Science.

Alex Housden began her career in the media industry and also served for the KTEN-TV network. She became the evening anchor for ABC affiliate in Sherman, Texas. She was also able to cover southern Oklahoma as a reporter during her time in this network. Likewise, she currently presents KOCO 5 News weekend mornings along with co-host Steve Bottari. And during the weekday mornings, Housden even covered big stories of the day for the channel. 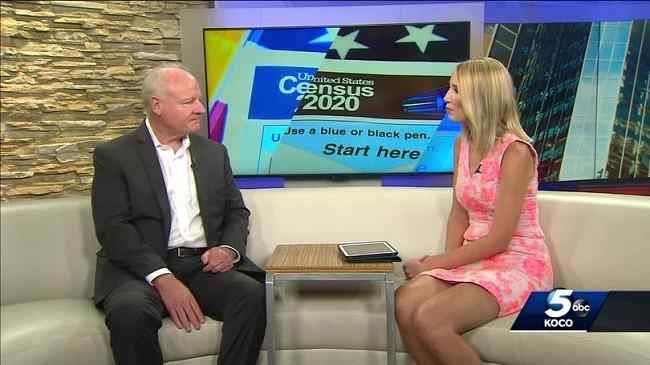 She became a part of a huge scandal in August 2019 after she made a racist comment on her co-host, Jason Hackett who is an Afro-American. She told that the gorilla looked like Jason when they were watching a video about gorillas at the Oklahoma City Zoo. And, a viewer whose name is “Joy Shana” recorded the segment and posted it on the internet and the video went viral within a short period of time. Housden started receiving a lot of backlash from the public.

Then the next date, she along with Jason Hackett appeared in the same show and cleared the matter. She apologized for saying something inconsiderate and inappropriate. she also admitted that she loves Jason a lot and would never hurt his feelings intentionally. Likewise, Jason did accept her apology but also said that he in fact was hurt by her word but tried to keep his calm. Furthermore, she joined KOCO-TV back in June 2017. 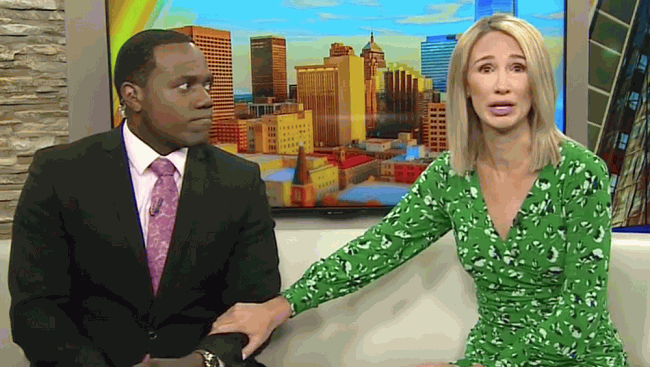 Alex Housden tied the knot with Reagan. The couple first met each other when they were in high school and she was 17 years old. After meeting in high school they started dating and are now married. Likewise, her husband has only one hand and lost it in an accident with a meat grinder when he was 3 years old. However, Reagan is very strong and is an amazing golfer.

Alex Housden has a height of 5 feet 6 inches and her weight is 53 Kg. Focusing on Housden’s other body measurements such as her chest size, waist size, and hip size, their sizes are 34-24-35 inches respectively. Moreover, she has blonde hair and hazel eyes. 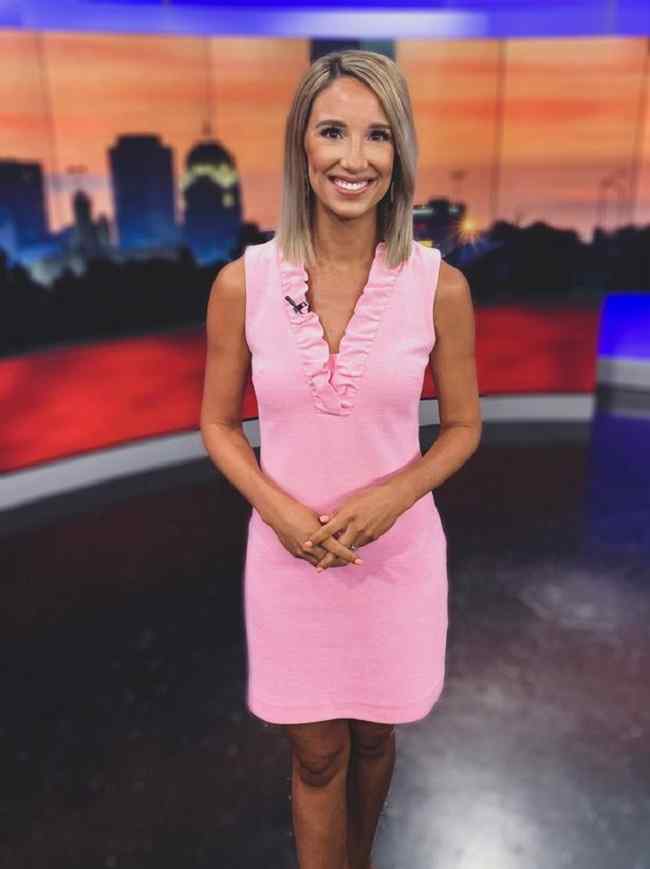 Caption: Alex Housden posing for a picture (Source: The Mirror)

According to dreshare, she has a net worth of $500K and her main income source is her career of anchoring and reporting.