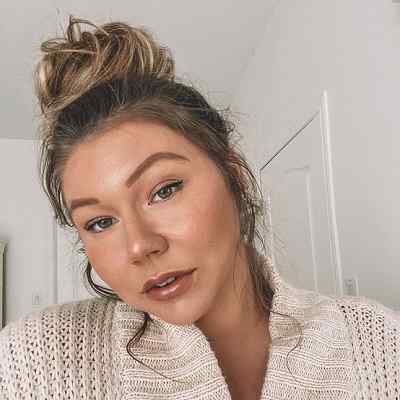 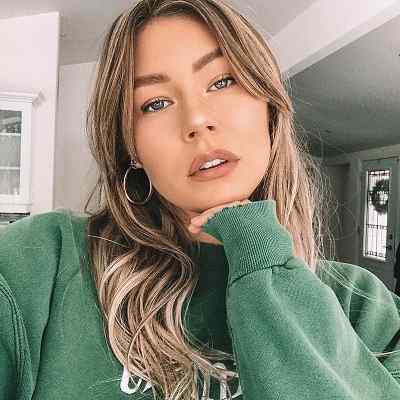 Alex Centomo’s age is 32 years old. She was born on July 6, 1990, in Canada, under the astrological sign of Cancer. She has often featured her parents on her YouTube videos but their names are not revealed yet. Likewise, she uploaded a vlog in celebration of her father’s 60th birthday in 2015. Similarly, she has a sister named Kyla.

Moving toward her educational background, she attended Concordia University. She worked at the Montreal-located Brandy Melville store while attending university. She holds Canadian nationality. 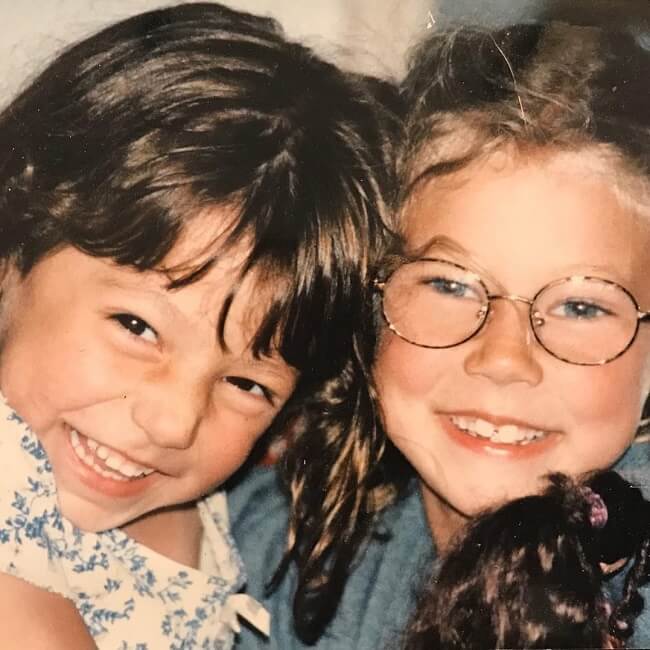 Caption: Alex Centomo in her childhood picture wearing specs and posing with her sister (Source: Instagram)

Professionally, Alex Centomo is a social media star. More specifically, she is a Youtube content creator as well as an Instagram star. She is famous as the beauty, fashion, lifestyle, and travel Youtube blogger who is found online under the username @alexcentomo. She usually creates daily lifestyle vlogs and beauty videos.

Likewise, Centomo is also an influencer based in Canada. Similarly, she has garnered more than hundreds of thousands of followers on YouTube and crossed a million benchmarks on Instagram. Thus, she is particularly famous for her videos on beauty, fashion, and relatable subjects on her YouTube channel.

She created her self-titled Youtube channel on November 24, 2012. Initially created her YouTube channel @missAlexandraC. Since then, she has garnered almost 64,948,560 views and 647k subscribers on her channel. The oldest video on this channel at present is titled “NYC 2012.” She uploaded this particular video on December 22, 2012, and so far has over 11.8k views.

Her video content of more popular videos consists of hair tutorials and workout routines. Likewise, the most popular upload on her channel is titled “Finding Out I’m Pregnant + Surprising My Husband!.” She has earned over 1.05 million views for this video since its upload on October 26, 2019.

Some of the other notable videos include “OUR WEDDING VIDEO! // ALEX & DANIEL,” and “omg I’m MARRIED!!!.” These videos have crossed more than hundreds of thousands of views. 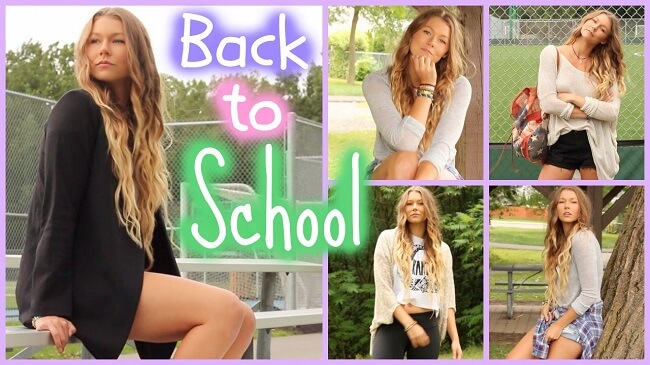 Moreover, she also has another YouTube channel run along with her partner under the name Alex and Dan. The duo uploaded their first video titled “m e x I c o // March 2014.” Since then, they are posting their videos. The channel showcases its journey from boyfriend to husband/wife, and as of now as a parent.

The channel has garnered almost 168K subscribers with more than 15 million total views. Some of the notable videos on the channel are “Santorini, Greece! // June 2015,” “First Day With Our New Puppy!,” and “Sorrento, Amalfi & Rome! // Italy in July.”

Speaking on Alex Centomo’s earnings, she is a famous Canadian YouTube personality who posts fashion, beauty, and vlogs and has earned a quite considerable sum of money. Her main source of income is her social media accounts. Looking at her YouTube statics,

She has a net worth estimation of approximately $1 million to $5 million. Her solo Youtube channel is worth 56,000 dollars. Further, she has published over 515 videos that all together add up to more than 61.2 million views. Likewise, she also creates on average 7 new videos every month earning 14.7k video views and 24 new subscribers every day.

Reflecting on Alex Centomo’s personal life, she is straight and a married woman.  She and her husband Daniel got engaged in October of 2016. Likewise, the duo tied the knot and exchanged vows in 2018. They are very happy with each other and there is no sign of divorce any time soon in the coming future. Recently, on April 30, 2020, they welcomed a baby boy named Arkham. 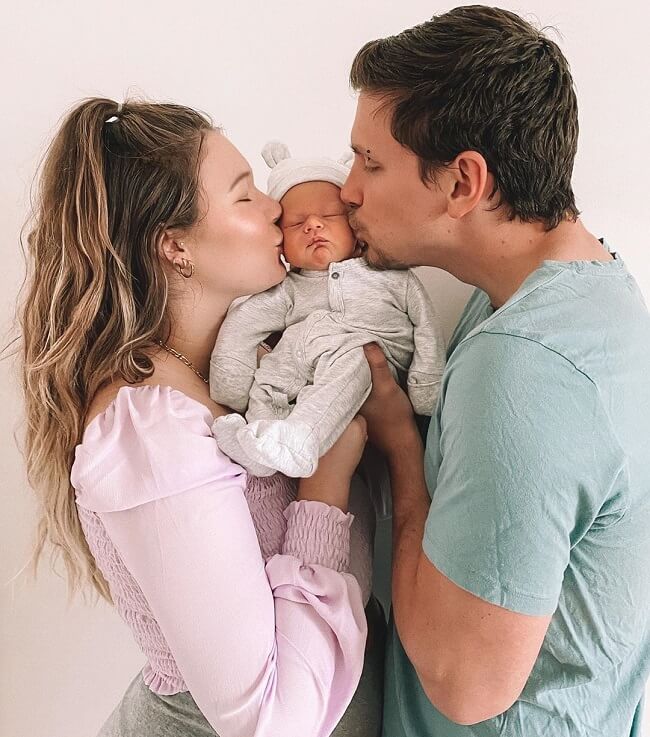 Caption: Alex Centomo posing along with her newborn baby boy alongside her husband (Source: Instagram)

Likewise, she has maintained a clean public profile that is away from rumors, controversies, and scandals that might hamper her professional career as well as personal life.

Alex Centomo stands at a good tall height and has a healthy body weight. But unfortunately, there is no information regarding her height, weight, and other body measurement details. Similarly, she has also not mentioned her chest-waist-hip measures, dress size, shoe size, etc. Moreover, she has blonde hair and a beautiful pair of blue eyes.

Talking about her social media presence, Centomo joined Twitter in February 2009 and so far has over 16.9k followers. Likewise, on Instagram, she goes by the handle @alexcentomo and has one million fan followers on it. She has 6.9k followers on Facebook.