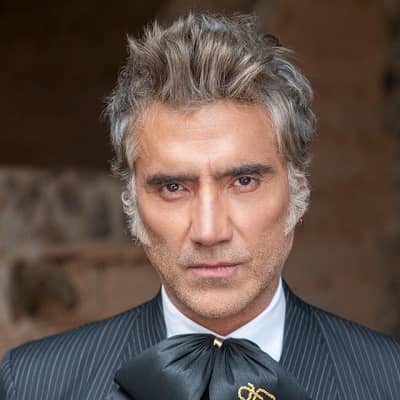 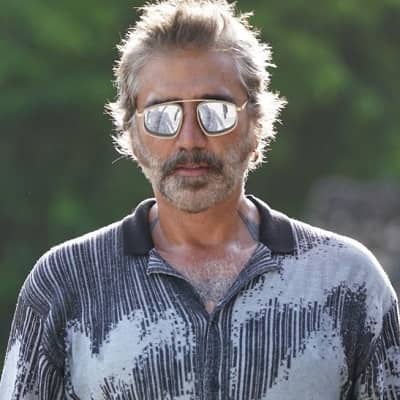 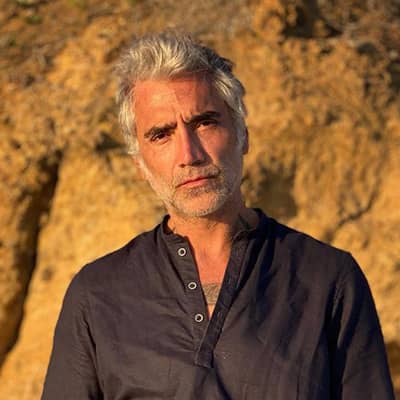 Alejandro was born Alejandro Fernandez Abarca on April 24, 1971, in Guadalajara, Jalisco, Mexico. He was generally known by his nickname El Potrillo which was given by the media and his fans. As of now, he is 51 years old.

Moreover, this singer is the youngest son of his family. He was born to his parents Vicente Fernandez and Maria Del Refugio Abarca. Furthermore, he has two older brothers named Vicente, Jr., and Gerardo, and a sister named Alejandra.

He and his brothers are recognized in Mexico as “Los tres Portillo’s” (The three colts). In addition, he studied to become an architect but turned to singing with the encouragement of his father in 1991. 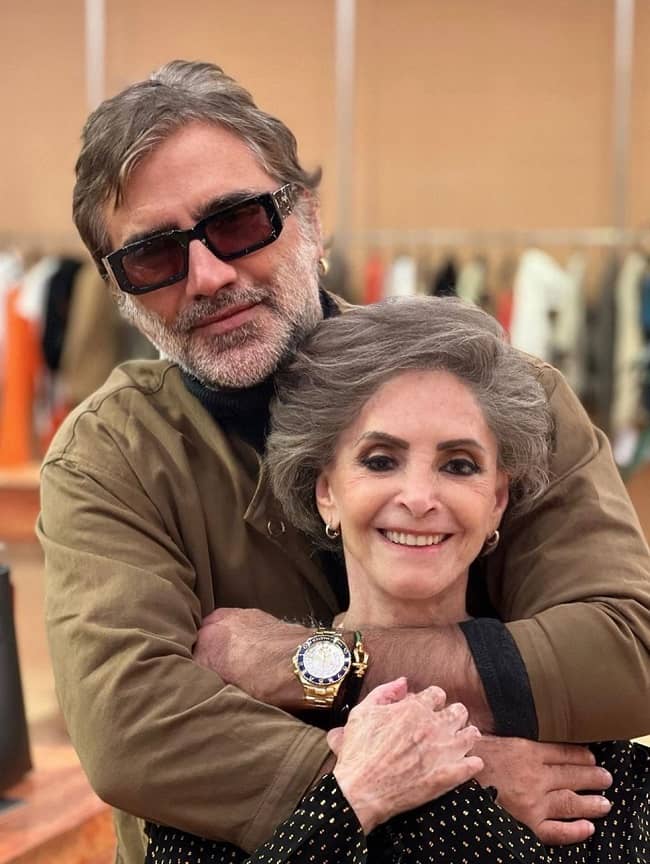 As per various sources, his net worth is estimated to be $20 million approximately. Alejandro is counted as one of the top-paid singers in the world. However, he has also traveled extensively both domestically and abroad to promote his many albums. Therefore, he is able to gain a huge amount of income through his career.

As per various sources, it is found that he made his first appearance at the age of 3, where he interpreted “Alejandra” before a ten thousand people audience. Throughout his youth, this personality has dedicated himself to other activities including Architecture.

Talking about his professional career, his first appearance in the spectacular presentation was in one of his father’s shows in 1976. Alejandro released his first album, Alejandro Fernandez, under Sony Music.

However, its main hits were “Brumas”, “Necesito olvidarla”, and “Equivocadamente”. With this material, he started a tour of Mexico and some cities in the United States. He performed with his father in a concert at the Palacio de Los Deportes in 1993.

Then, he continued for a season at the Teatro Blanquita in Mexico City. In the same year, he released the successful Piel de Niña, produced by Pedro Ramírez.

Some of the main hits on the album were “A La Vera del Camino”, “Cascos Ligeros”, and “Piel de Nina”. At the Lo Nuestro Awards of 1993, he was nominated for New Artist, Male Artist, and Regional Mexican Album of the Year for his debut album.

Furthermore, at the 9th Lo Nuestro Awards, he received a nomination for Regional Mexican Male Performer of the Year. In addition, this singer has sold over 20 million records worldwide, making him one of the most successful Hispanic music artists.

Originally, he specialized in traditional, earthy forms of Mexican folks, such as mariachi and charro, until he successfully branched out into pop music. 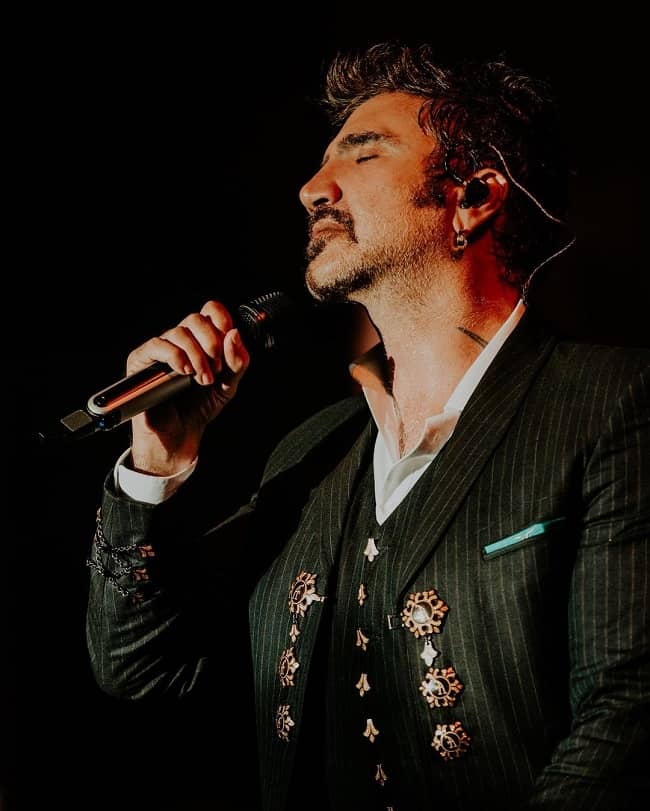 Furthermore, he has been awarded two Latin Grammy Awards and a star on the Hollywood Walk of Fame over the course of his career. He is co-owner of a shopping center in Guadalajara named “Unicenter”, containing various businesses and employing around 170 people.

In 1994, he also released an album named “Grandes Exitos a la Manera de Alejandro Fernandez” with interpretations of songs by great authors. However, in 1995, “Que Seas Muy Feliz” was released with the song “Como quien pierde una Estrella” a big hit on local radio stations and the first success of his career.

Alejandro frequented Palenques, small stages, where the true story of Mexican music is written. Moreover, he gained a Double Platinum Record with his production Muy Dentro de Mi Corazon in 1996.

In the year 2002, the National Institution of High Arts paid tribute to the most remarkable twentieth Century Mexican Musician with a double record titled “un Canto a Mexico Con Alejandro Fernandez”.

Once again, he was signaled as the most perfect figure to represent Mexican Culture, due to his presence and extraordinary vocal gifts. In a rediscovery of Mexican music, this singer has led a generational movement heard on many economic and social levels.

There is no information about Fernandez endorsing any products of different brands. Therefore, this Mexican singer has not spoken anything about his endorsing any brands in public and also has not mentioned any of them on his social media accounts.

Talking about his past relationships, Fernandez has altogether five children. Three children with his ex-wife America Guinart and they are Alejandro, Jr., and the twin girls America and Camila.

Moreover, the other two are Emiliano and Valentina with a Colombian model named Ximena Diaz. Currently, this singer is dating a popular Instagram star Karla Laveaga. 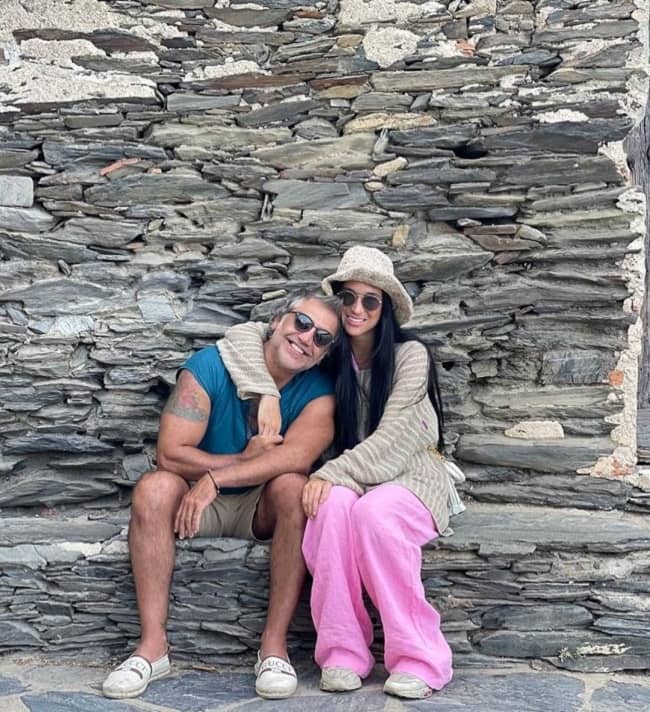 This singer stands 5 feet 11 inches tall. He has a moderate body that weighs about 78 kilograms. Additionally, he has a pair of dark brown eyes with dark brown hair. But, there is no information about body measurement of Fernandez till now.