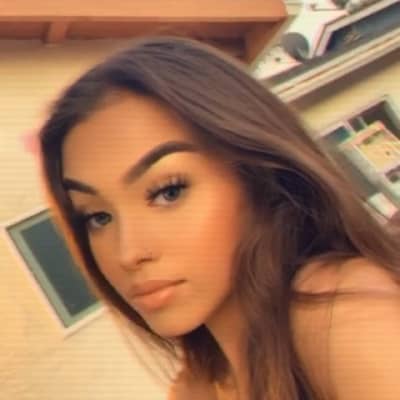 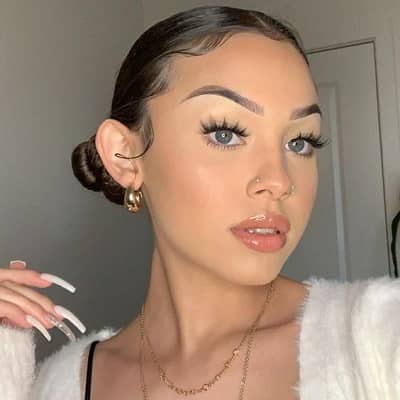 Aleina Topp is an American model and social media personality. Aleina Topp is famous for her comedy skits, lip syncs, and dance videos on her @leinnaaaxo account which has over 1.2 million fans on it.

Aleina Topp was born on 20th September 2002 and is currently 18 years old. Her zodiac sign is Virgo. Likewise, Aleina was born in California, United States of America, and holds American citizenship. Similarly, talking about her ethnicity and religion she follows, she belongs to a mixed ethnic group and has a mixed racial background. Moreover, Aleina has a mixed ethnic background of Japanese, Nigerian, Kenyan, Dutch, Danish, and Cherokee descent. Likewise, she also has fluency in three languages, English, Japanese, and Dutch. However, there is no information about the religion she follows.

Aleina started her social media career through the video sharing application Musical.ly (present Tiktok). Likewise, her first upload was her performance on the song ‘Sorry’ by Justin Bieber. Moreover, it did not took her to get traction on her page making her gain thousands of view on her posts. Likewise, her Tiktok account @leinnaaaxo has over 1.2 million fans in it. Similarly, Aleina is popular for her conventional Tiktok videos like dancing and lip-syncing to popular T&B and Rock songs using various Snapchat filters in it.

Likewise, besides performing video on Justin Bieber’s songs, Aleina has also performed to the music of Metronomy, Eric Bellinger, Ty Dolla Sign, Fergie, and Rico Nasty among few. However, despite having such a good career in Tiktok, in July 2018, she revealed her inactive in Tiktok on her Youtube channel. She said that it was because of her phone, from his her account was stolen. Moreover, Aleina also started her Youtube channel along with her sister Alyssa. They started the channel on 13th November 2013 naming ‘Alyssa & Aleina’. In this channel, they post vlogs, and the moments they spent together. Likewise, she has over 10.1k subscribers on it.

Similarly, Aleina is quite popular on her Instagram account. She joined social media in early 2016 and her oldest post dates back to 5th April 2016. Likewise, she mainly posts her selfies and modeling photo shoots on her account. Aleina has around 115k followers on her @leinnaaaxo account. Similarly, the two sisters also run a clothing brand called Amor Armis. 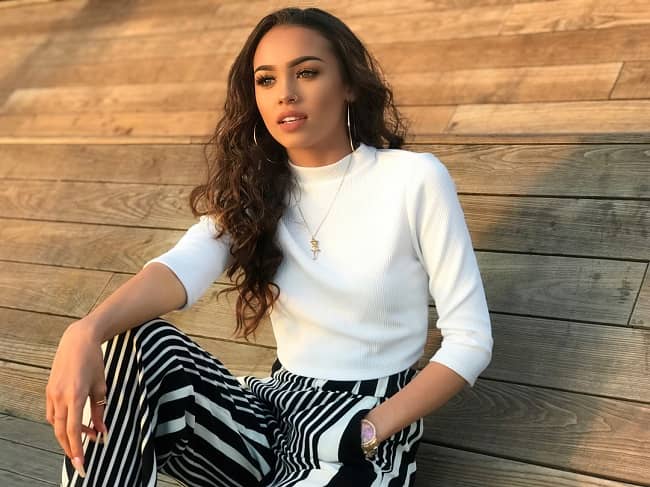 Aleina is a social media personality by profession who is famous for her videos on her Tiktok account. Likewise, she has earned an impressive amount of followers on her all social media account. However, until now, Aleina has not yet received any notable awards and nominations from her career as a social media personality. Moreover, looking at her passion and dedication, she will surely achieve impressive fame in the years coming ahead. Likewise, talking about her earnings, Aleina has her primary source of income through her social media career. However, she has not yet disclosed her exact net worth and earning in media. According to various online sources, Aleina has a net worth of around $500 thousand – $1 million.

Regarding her relationship status, Aleina is straight and in a relationship. She is dating a fellow Instagram star whose Instagram is under the username @Kkrrizz. Likewise, Aleina often features on her boyfriend’s Instagram page.

The stunning and gorgeous social media influencer stands the height of 5 feet 3 inches (63 inches) tall and weighs around 60 kg. Likewise, with that height and weight, she has a fit physique but her body measurement on vital stats is still unavailable. Talking about her physical appearance, Aleina has brown hair color and grey pair of eyes. 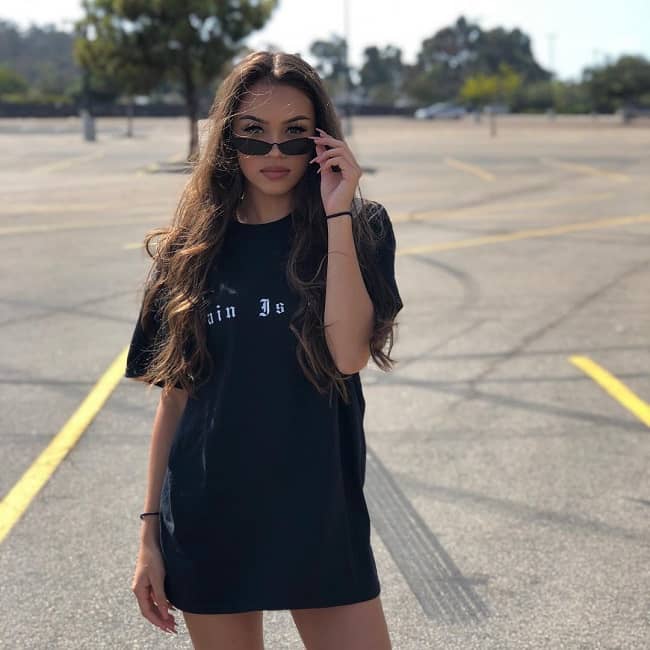 Reflecting upon her social media presence, Aleina is active on Instagram beside her Tiktok and Instagram channel. Likewise, his Instagram handle is @leinnaaaxo and has around 115k followers in it.