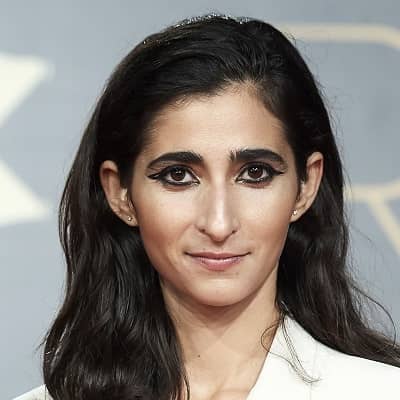 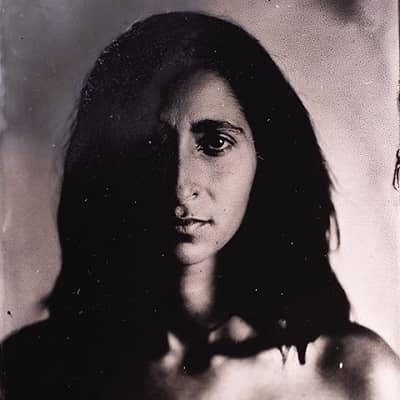 Alba Flores is one of the popular Spanish actresses. Alba Flores is tremendously famous for her role in the world’s most popular television series on Netflix named Money Heist in the year 2020. She played the role of the beloved character of ‘Nairobi’ in Money Heist. Moreover, Flores is also known for her role as Saray Vargas de Jesus in Vis a Vis in the entertainment industry.

Famous Star Alba Flores was born in Madrid, Spain and her birthdate is October 27, 1986. Currently, Flores is 35 years old whereas her zodiac sign is Scorpio. Her real name is Alba Gonzalez Villa. She was born to Antonio Flores and Ana Villa. Her father is a half-Romani musician and composer whereas her mother is a theatrical producer. 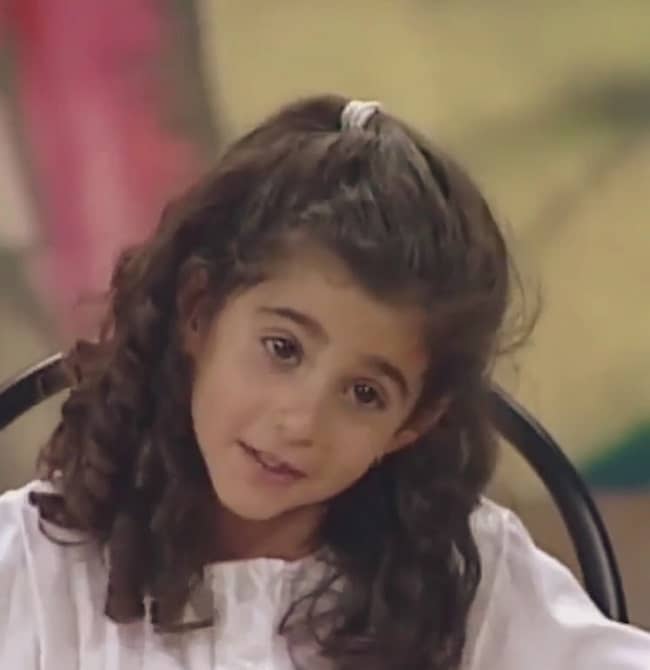 However, the detailed information about her siblings is still behind the curtain. Also, her ethnicity is Hispanic and she is of Romani and Spanish descent. Flores confronted the traumatic situation in her childhood. According to some sources of information, her parents got separated after she was born. Later, her father passed away when she was just 8 years old. Antonio died at the age of 33 due to the overuse of drugs.

Talking about her educational background, the detailed information of her education is still unknown but she learned dramatic interpretation from the early age of 13 and pursued to study acting until she booked for acting gigs.

Alba Flores played a different character in many stage dramas. Her debut role was a Honeymoon in ‘Hiroshima’. After playing in stage drama, she got a chance to debut on-screen with the musical film ‘EL-Calentito’. With this performance, she gained a lot of popularity and her fan followers were rose at a great pace.

Similarly, in television, she made her debut role in an episode of the series ‘EL Comisario’ which is also recognized as ‘The Commissar’ in the year 2006. She also performed her role in the Antenna 3 television series ‘El Sindrome’ de Ulises, also notable as ‘The Ulysses Syndrome. In the year 2009, she track recorded her father’s song named “No Puedo Enamorarme de Ti (I cannot fall in love with you)”, for the movie music of a film directed by Roberto Santiago’s, Al final del Camino,” highlighting Fernando Tejero and Malena Alterio as the protagonists. 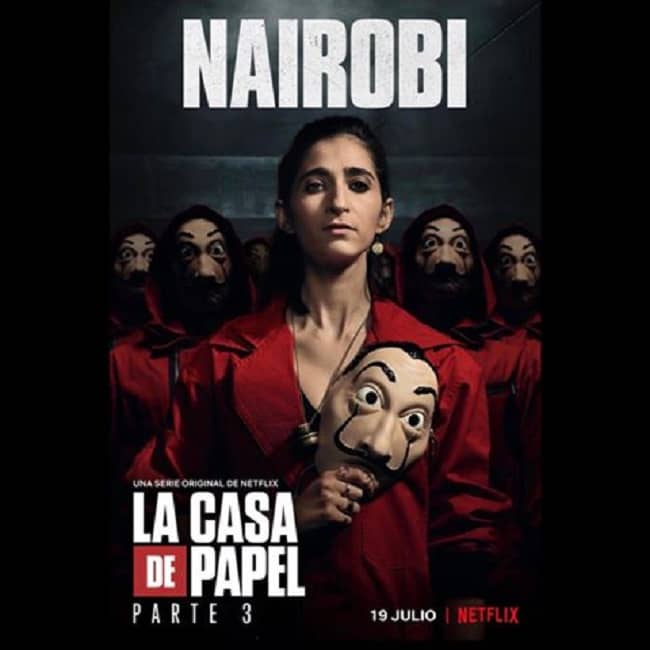 Likewise, her tremendous performance in ‘Vis a Vis’, which is also known as ‘Locked Up’ as Saray Vargas in 2015, gained a lot of popularity and made the audience love her more, and it opened the door for her to be one of the future superstars. Here, she was a Romani lady, Gypsy, who suffered a 4-year prison sentence for murder.

After playing in ‘Vis a Vis’, the producer Alex Pina offered her to connect his new show ‘La Casa de Papel’ which is also known as ‘Money Heist’. In the show, her name was Nairobi who is the team’s Quality Control Manager as well as the one in charge of printing the money in Parts One and Two and supervising the melting of gold in Parts Three and Four. The show started telecasting on Netflix in 2017, and since then, it achieved worldwide recognition. With the rise in popularity, she aka Nairobi was also one of the fan-favorite characters throughout the world.

Talking about the awards and lifetime achievements of her, she earned the Best Female Artist in Fiction for ‘Vis a Vis’ in 2015. Similarly, she was also nominated for Best Supporting Actress in Television Series for four successive years in 2016, 2017, 2018, and 2020 for ‘Vis a Vis’ and ‘Money Heist’ and earned the award in 2017.

Additionally, she was also chosen for Best Lead Actress in a Television Series named Money Heist in 2019 and 2020. Similarly, she received the Best Actress in Premios Iris Award in 2019 for the series ‘Money Heist’. Flores was also nominated for Best Theatre Actress for her work ‘La Exception Y La Regla’ in 2019.

The beginning of the career of her was as a side actress, but ultimately, she moved up in her acting career and gained much popularity to become one of the top characters. Her career helped her accumulate fame and prosperity.

Their career of her has assisted her to earn a handsome income and wealth. According to some sources, the expected net worth of Flores is around $1 million. However, her annual and monthly salary is still unavailable. Likewise, her other assets and property details are still unavailable to the public.

Aba Flores publicly states that she’s a lesbian. Though, it seems that the gorgeous star prefers to enjoy her personal life away from her the attention of the media.

Currently, Alba is unmarried and there is no information from any source about her past relationship and affairs. Also, she is an active participant and advocate for the LGBT and Spanish Gypsy who is campaigning for the environmental climate cause

Apart from this, Flores is also a pure vegetarian and has worked in a program like ‘People for the Ethical Treatment of Animals’. Moreover, there are no rumors or controversies about her till now. At present, she is more focused on her career and life.

The stunning actress has a slim body appearance. Alba stands lanky with a height of 5 feet and 9 inches (176inches). Similarly, she has got a well-maintained body posture with an average weight of 56kg (123lbs). 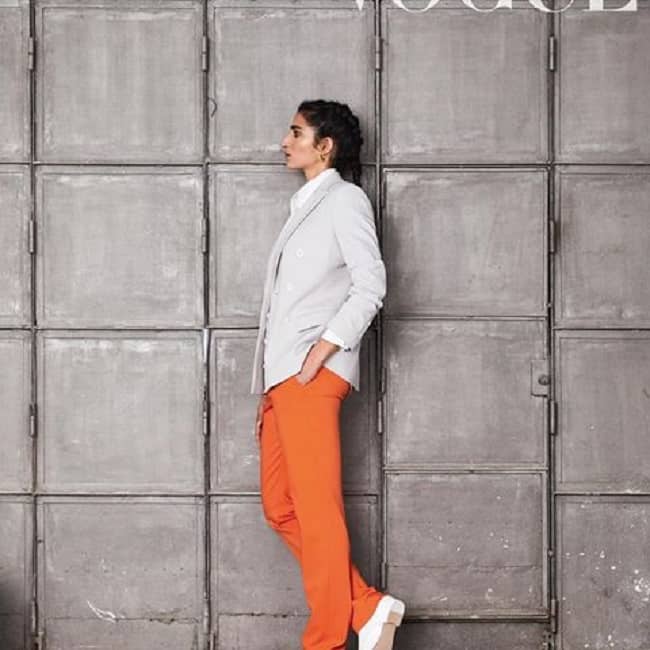 She is popular as well as an active personality on social media. She has an official Instagram account named @albafloresofficial which has got 12.4 million followers. Similarly, she has her official Twitter account named Alba Flores and she has 377k followers on Twitter. Finally, her Facebook page has got more than 89.7k followers.